If one were to have followed the masses of green hair, black clothing and tattoos down Colfax last night, they would have found themselves under the bright marquis of the Ogden Theatre. The music could be heard from the outside, a classic characteristic of punk music. On stage, Canadian pop-punkers Sum 41 were blasting their hits from 2002’s Does This Look Infected? which is celebrating 15 years with this tour.

The night got an early start with Super Whatevr and fellow Canadians Seaway opening up the sweaty punk floodgates. Seaway’s lead singer, Patrick Carleton encompassed the perfect pop-punk vocals — melodic with a bit of whine. Each opening act prompted several poorly executed attempts at crowd surfing, though none truly succeeded the entire evening. 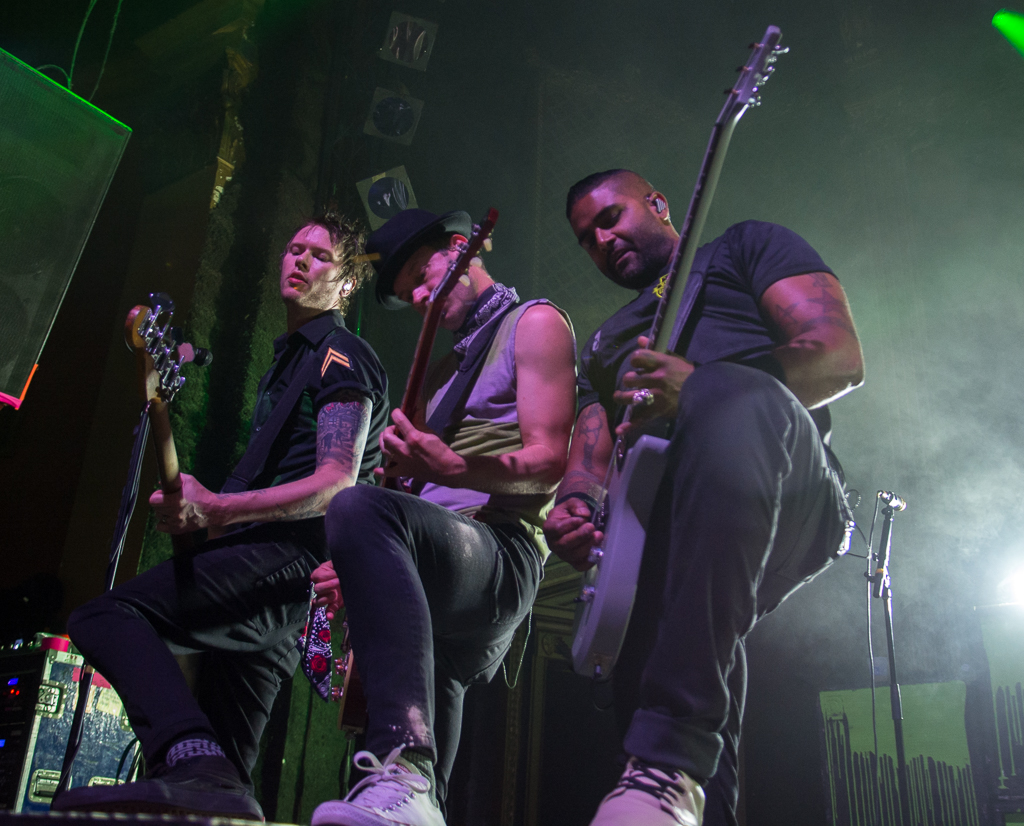 Sum 41 has been around for longer than two decades, which made the show more mature than some of its patrons as the age limit was 16+. When the band made their way on to the stage, it was drummer Frank Zummo who appeared first. Each member took their place until the group’s frontman, Deryck Whibley, rocketed out to the center. The speakers and background were decorated in green slime, much like the album art on Does This Look Infected? The quintet broke into “The Hell Song” to kick things off, which was to be expected as it is the opening song on the album. However, Whibley was quick to assure that this was no average anniversary album performance, and the tracks would (mostly) be performed out of order.

Considering the various health complications Whibley has experienced over recent years, the singer’s voice sounded at its best. The energy was high and exciting, especially as he pulled two fans up to enjoy the concert on stage. “We noticed there are no slow songs on this album,” Whibley explained, which fans reacted to with screams and pumped fists. “But we do have short, punk songs on each album. The one that got the most attention was “A.N.I.C.” off of Does This Look Infected?”

“Denver, you guys set the bar high last time we were here, but this time is better,” – Whibley

After rocking “Over My Head (Better Off Dead)” Whibley called out the mosh pit for getting tired. The band then took a break from their tunes to leap into a montage of metal, including a crowd vote on Metallica or Black Sabbath – which the latter won – prompting a cover of “War Pigs.” Whibley, lead guitarist Dave Baksh, bassist Jason McCaslin and rhythm guitarist Tom Thacker then left the room to give Zummo the spotlight, with which he gifted the crowd an epic solo. When the rest returned, they continued their rampage of covers with Pink Floyd’s “Another Brick in the Wall” and “Queen’s “We Will Rock You,” the latter of which came after a passionate speech about connecting with the crowd from Whibley. 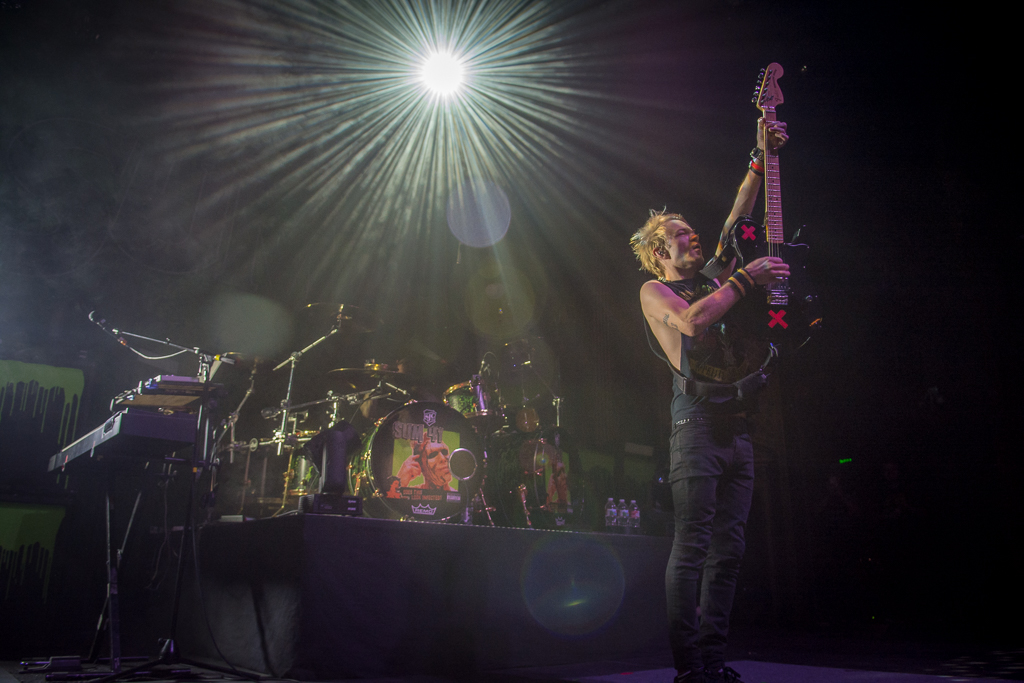 “We wanted to play this set out of order so that it would feel more like a setlist from 2003, which is when we would have been touring the album,” Whibley continued. He grabbed his guitar once more and then belted the much anticipated “Still Waiting,” but took a breather in the middle to allow an unfortunate mosher the chance to escape. In fact, by the end of the evening, several patrons had been removed due to intoxication or crowd surfing attempts. How punk.

The band ended the night with a promise to return in the next year after they finish a forthcoming album. The essence of an anniversary album performance is much different than a tour celebrating a new release, however, it is important to know that Sum 41’s energy, humor and stage presence is the same as it was in the early 2000s.