Monday night was not ideal for an outdoor concert, but Denver music fans (more specifically Denver’s teenage girl music fans) did not care. Red Rocks nearly filled completely for the Khalid show last night, despite the heavy rain nearly all day in addition to the performance time getting pushed back a half hour to due to weather.

Khalid started his set just after nine while the sky continued drizzling and popped with lightning far away from the venue. The show began with a video of the musician talking about the importance of happiness sprawled out over three screens behind a heightened stage. Once the video ended, that band kicked up and the star opened his performance with “8teen” to the entire crowd clearly shouting each and every lyric. The singer was decked out in black, complete with a black bomber jacket that surely will not make it on the stage of any other shows this tour —  Khalid struggled endearingly to remove it for longer than he’d probably like to admit. 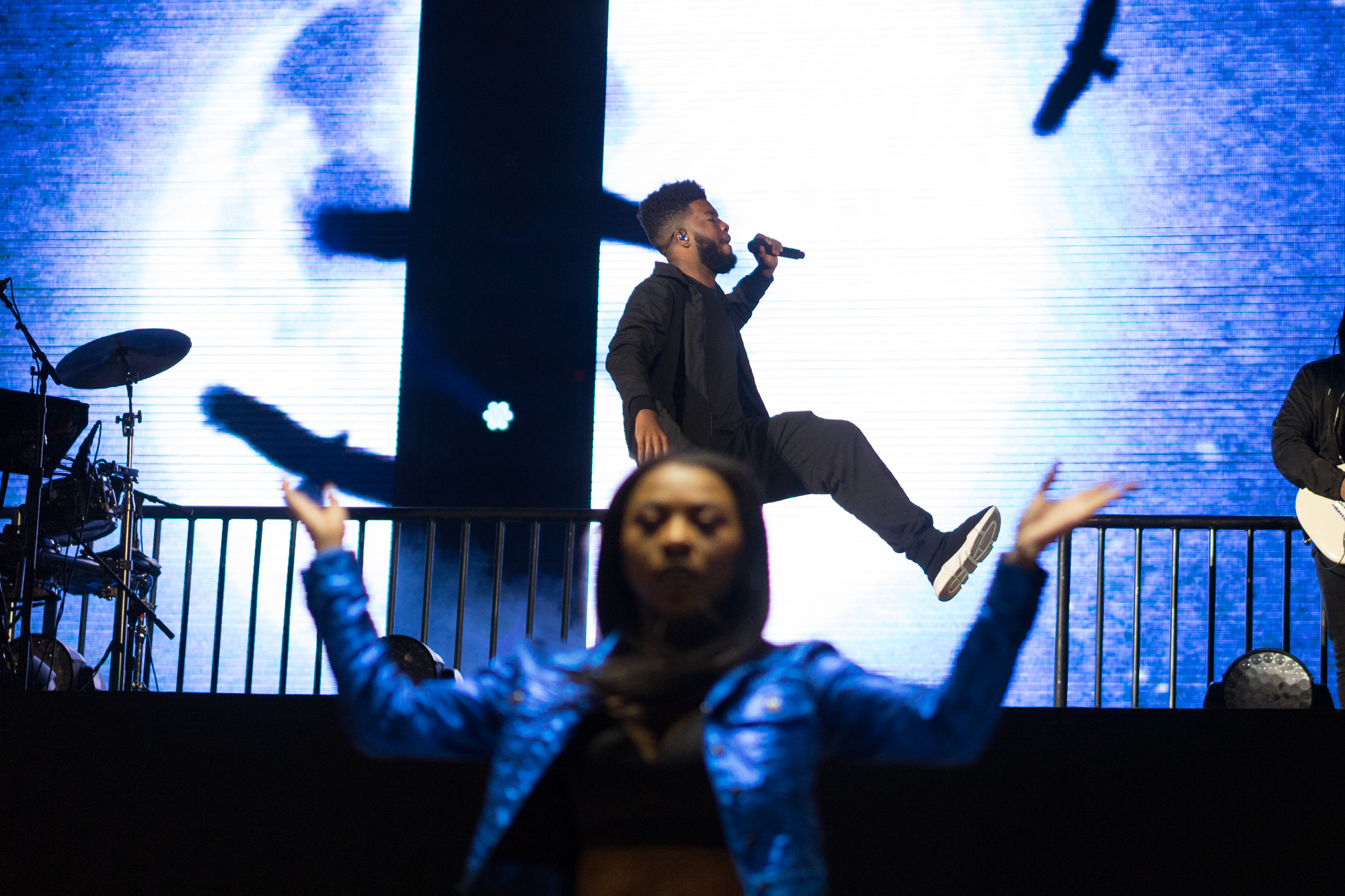 The theme of the night was definitely all things “teen,” which is appropriate considering Khalid was one as well until just this past February. The top rows of Red Rocks were filled with parents, clearly there supporting a young fan’s dream to see an icon at the greatest venue in the world. All the way at the top of the stairs, two enthusiastic patrons hoisted a Texas flag for an impressive portion of the evening, obviously in an ode to the soloist’s origin of El Paso, Texas.

“This venue is insane, and this is amazing,” Khalid exclaimed about the opportunity to play Red Rocks.

Khalid talked more about how far his career has risen in a short time and accepted a gift from a fan, insisting to the security that she could be let up to the stage. The Grammy nominee then explained that there is a song in particular that always reminds him of his career taking off, before going into “Closer.” After performing “The Ways” from the Black Panther Soundtrack, the drizzle of the evening took off into a full rain pour, which unfortunately some of the ladies in the crowd had not prepared for. Many tank tops and shorts were not exactly making the cut for warmth and a good portion of the audience either had to take off from the show or at least left their postings to find shelter.

The animated background offered an extra individual element to each song, with angels flying behind Khalid as he sang the track with the same name. “Young, Dumb and Broke” was accompanied by a full montage of him singing and dancing with friends in various places, outside of school, in the street and more. As the song began, the performer seemed to lose his breath for a moment, which we all know is happenstance for the elevated location of the stage. “At least you guys know I’m singing live,” he said with a laugh. 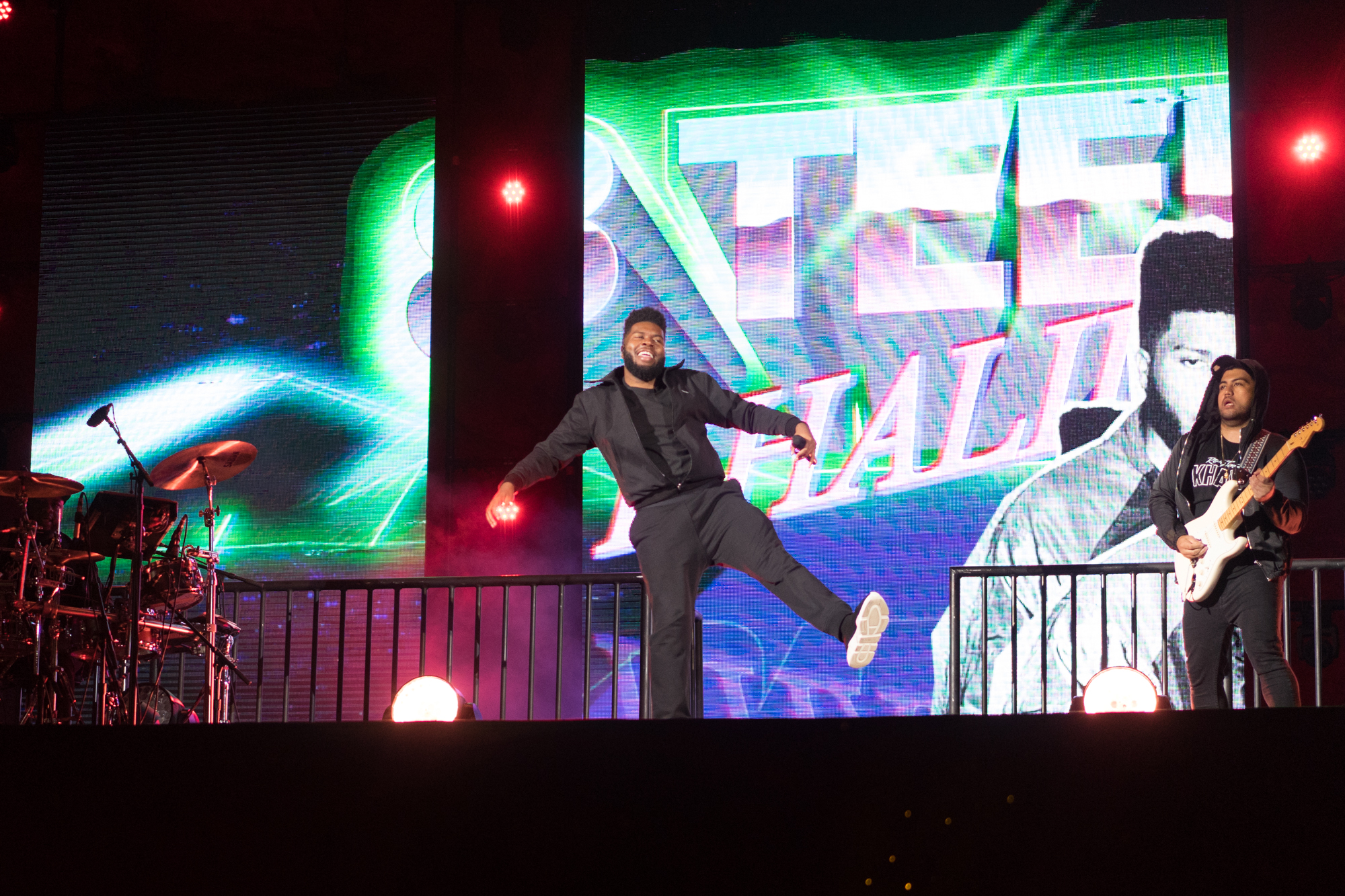 Khalid took the center of the stage to perform three new songs, which were at a slower tempo than his most popular songs out at the moment, but still stuck to his overall alluring vibe. He exclaimed to the crowd that this fall he would be releasing new music and the entire stadium erupted with vocal happiness. The crooner finished up his set with his hit “Location” just as the weather was becoming too much to handle. Perhaps if he returns after his upcoming release Denver will gift him some sunnier weather, though it did not seem to affect his ticket sales a bit. 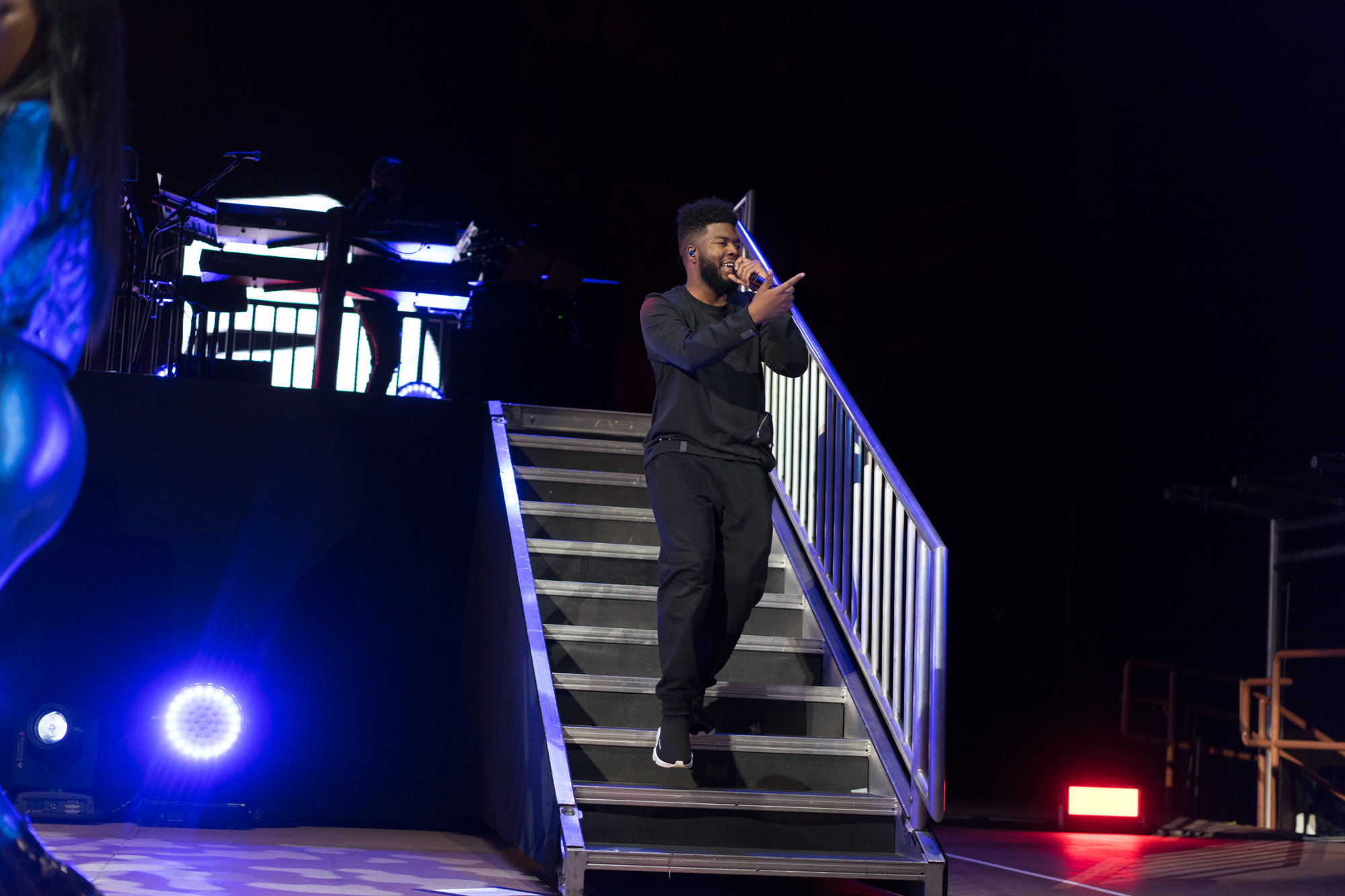