Pony Up To Open in the Old 9th Door Space

Can anyone who frequently dines out in the city of Denver still keep up with the over growing number of new restaurants? Throughout 2018 alone more than 50 restaurants, breweries and distilleries are expected to open, many of which already have. And as new eateries open their doors, some of the cities oldest close theirs.

After 13 years of service, The 9th Door called it quits as new life takes over their space on 1808 Blake Street. This iconic Denver destination is set to be transformed into Pony Up — a beverage driven concept lead by chef Sheamus Feeley and Angela Neri. And this culinary duo is no stranger to Colorado’s restaurant scene. They are both veterans of Hillstone, whereas Feeley has also led the charge at Cherry Creek Grill and White House Tavern in Aspen. They plan to bring the fullness of their industry knowledge to the new LoDo space.

READ: 50+ Restaurants, Breweries and Distilleries Expected to Open in 2018

–“Above all, we strived to create a place we want to hang out. Pony Up is a relaxed spot you can get your favorite classic cocktail, but where you can also order a shot of Buffalo Trace and a Montucky Cold Snack,” explained operations partner Angela Neri. “We know how important good, satisfying eats are so we built a menu around that classic of sandwiches, the French Dip,  along with other craveable food too.” 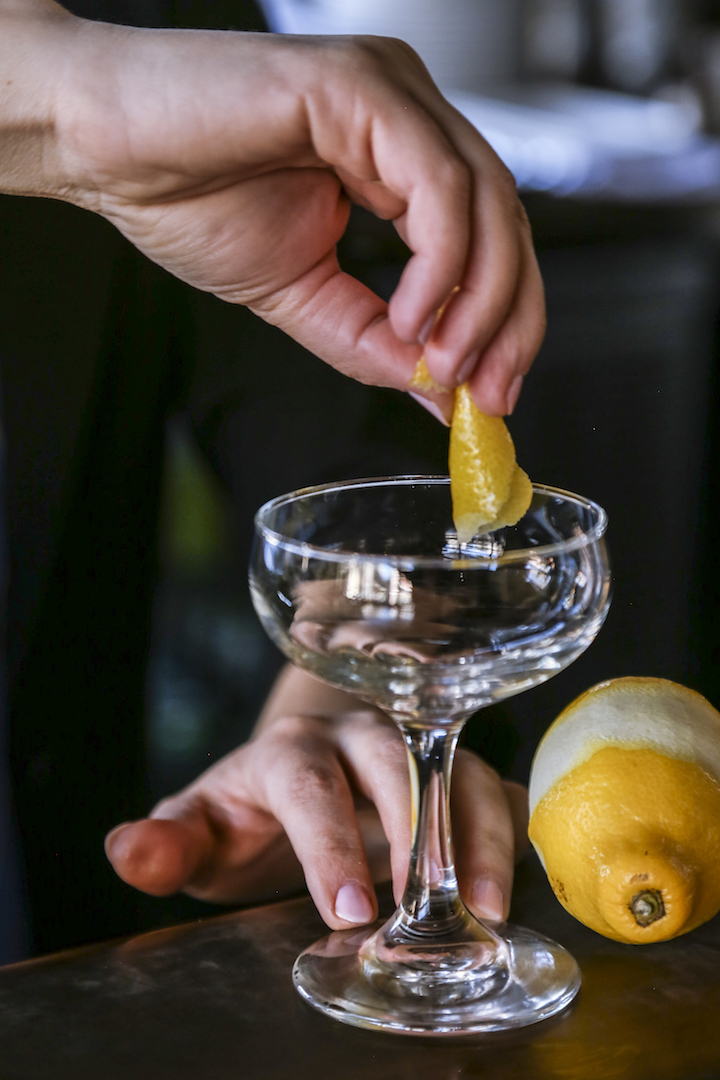 All photos courtesy of CAKE Agency.

The team aims to bring not only an exciting beverage-driven program but also an exciting and approachable food program to Pony Up. From variations on the beloved French dip to a roasted turkey sandwich with stuffing and gravy and a variety of snacks — Blake Street’s next spot is vying to be one of our new favorites. And they’re doing that, partly, by catering to the often neglected lunch and late-night crowd.

“So many spots are closed in the bridge time between lunch and dinner or don’t have late- night availability and we want to help fill that gap,” explained Neri. “If you’re wondering if we’re open, we probably are.” Currently, the hours are 11:30 a.m. to 2 a.m. seven days a week.

Pony Up is set to open in early July but you don’t have to wait until July to get a taste of this new space. Pony Up will pop up at Old Major on Tuesday, June 5, from 6 to 9 p.m. The event will feature custom cocktails, sandwiches and sides to give attendants a taste of what’s to come, come July. If you want to attend make a reservation to [email protected] The Pony Up team has yet to release an official opening date. Stay tuned with us, here, for all upcoming details and updates.

Pony Up will be located at 1808 Blake Street, Denver.