From local cocktail lounges combining coffee and whiskey to Colorado distilleries infusing herbs and plants into their gin, inventive drinks are all over Denver. And now, a marriage has been made between the creators of Noosa Yoghurt and New Belgium Brewing Company. That’s right, it’s a Broosa.

READ: How Colorado’s Noosa Built an Empire From a Spoonful of Yogurt

“A lot of people who work here at Noosa are friends with people who work at New Belgium, just being two Fort Collins area companies,” explained Noosa PR representative Paige Bradford. “We have talked about doing a collaboration for a long time so some of our yogurt makers got in touch with their beer makers and had this idea to do a collaboration project.”

The “Broosa” is a berry sour made using Noosa yogurt cultures and three berries (blueberries, blackberries and raspberries) found in Noosa yogurt flavors. The drink is a five percent alcohol brew that has the classic notes of a sour, with notes of fresh berries. Many are used to fruit-infused beer but few can say they’ve experienced a beer made with yogurt cultures. But turns out, the process of making beer and making yogurt is more similar than one would think.

“We have very different outcomes in our products but we also have a lot of very common themes,” explained Ross Koenigs, new product and research design specialist for New Belgium Beer. “And it’s been interesting to explore what our respective microbial cultures will do in our differing products. When we began brainstorming some ideas on what beers we could make with Noosa’s flavors and bacterial cultures, we eventually arrived at our lovely mixed berry yogurt [sour].”

New Belgium’s existing knowledge of lactobacillus cultures helped greatly in their creation of collaboration beer and according to Koenigs, gave the final product a distinctly bright flavor.
“The lactobacillus really gives a clean and bright flavor profile because of the acid and plays nicely with the fruit,” explained Koenigs. “For lack of a better word, the beer has a fruity, almost candy-like aroma to it.“
– 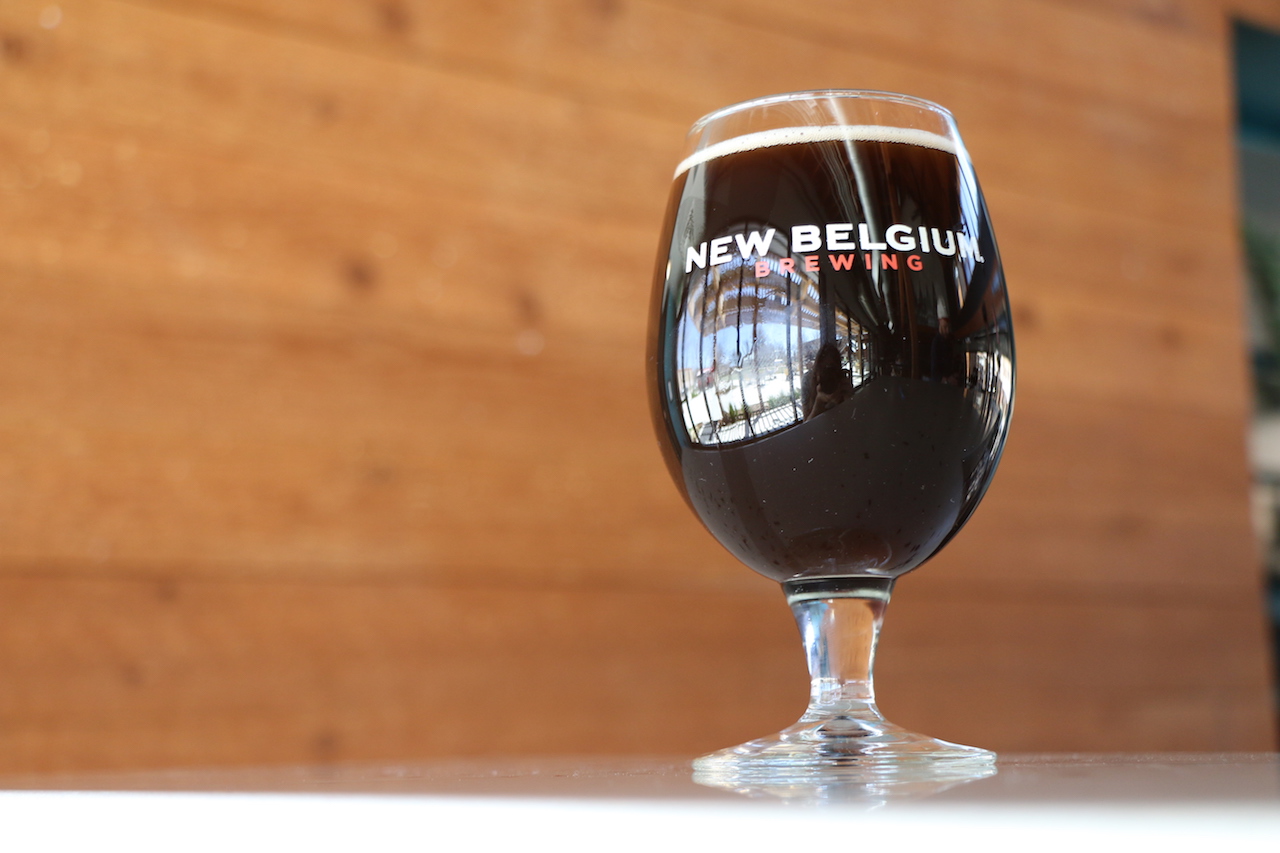 The beer was recently tapped at New Belgium in Fort Collins, 500 Linden Street
Fort Collins, and will be available in the New Belgium taproom as well as in select bars across the front range. To track the location of the Broosa and other New Belgium products check out its beer tracker here. The Broosa Berry Tart Sour is a small batch project and will not be available at this point in cans or bottles.