–
At 29 years old, Jordan Casteel is lending a heavy hand to changing the trajectory and patterns of American portraiture — by painting the men in her life.

Born and raised in Denver, Casteel now lives in Harlem, New York and has made a name for herself with paintings that depict (usually) black men, although often their skin colors are painted in green or blue or some other color. Her desire to paint the black men in her life stems from the insistence of racial stereotypes exhibited in the media and other incidents in recent years. Instead of highlighting those aspects, however, her portrayals focus heavily on tender moments with individuals.
– 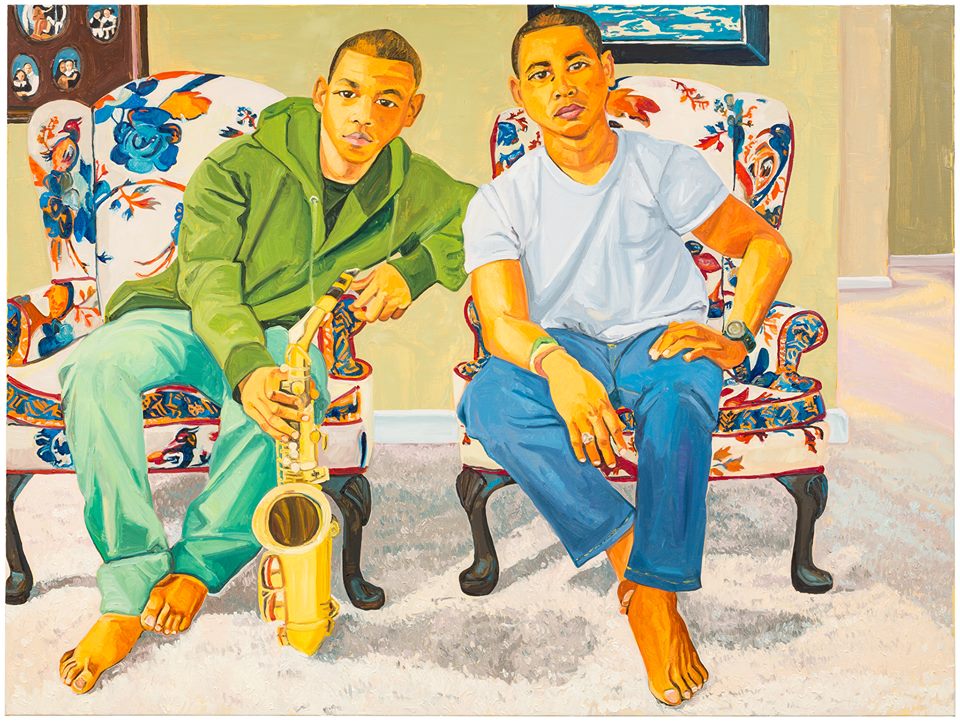 –
“The intent of the paintings from my early works is to expose my vision of black men as a sister, daughter, friend and lover,” said Casteel. “That perspective is one full of empathy and love. I see the humanity and, in turn, I want audiences to engage with them as fathers, sons, brothers, cousins — as individuals with their own unique stories to share.”
–

Exhibitions like Visible Men in 2014 showed various men nude — their genitals obscured or hidden by other objects — which allowed viewers to inspect the facial features, postures and other clues to identity rather than rely on stereotypes and cultural misunderstandings. These depictions have launched her career into pretty epic proportions, including a lengthy feature in Vogue and, just announced, a solo exhibition at the Denver Art Museum in 2019.

The solo exhibition is called Jordan Casteel: Returning the Gaze and it marks a new evolution in Casteel’s style and technique. Where she used to paint portraits of those close to her, she now wanders through Harlem, taking photographs of various people, both men and women. These photographs are turned into painted portraits, which give onlookers a momentary snapshot into daily life — often framed by seemingly ordinary objects that actually tell a much deeper story than it first appears.
– 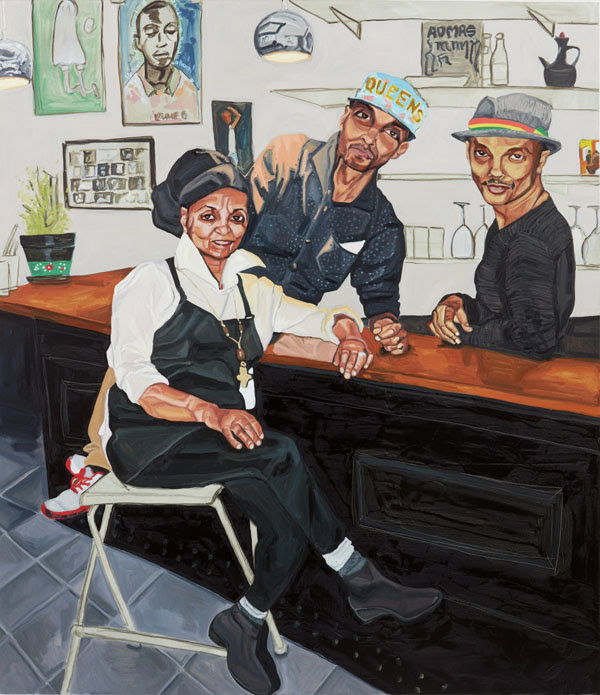 –
Organized and curated by Rebecca R. Hart, this exhibition comes at a timely moment, when tensions between many different groups have been extraordinarily high. Instead of bolstering misunderstandings, prejudice and other injustices, Casteel seeks to harmonize through her art, and it’s this effort that attracts attention to her and to her subjects as well.

“Casteel has the power to capture our attention by posing her sitters so that they often look you directly in the eye, leading to deeper understandings of the intent behind the artwork,” said Hart. “By titling the exhibition Returning the Gaze, we acknowledge the levels of engagement within Casteel’s art: she gazes at the subjects, who often look out at the viewer with inviting eyes, which then prompts us to think about the sitter and consider the empathy that the artist has for the people that she paints.”

Jordan Casteel: Returning the Gaze will be on view February 2 through June 2, 2019, in Denver, showcasing nearly 30 paintings from the talented and emerging artist, created between 2014 and 2018. Perhaps it’s fitting since Casteel was born and raised in Denver, but this will be her first museum solo exhibition. The first day (Saturday, February 2) will be a First Free Saturday — so prepare for crowds if you want to be one of the first inside.