The Skyline Beer Garden is back for its third year and will open on Friday, June 8 and stay until October. The Downtown Denver Partnership and Downtown Denver Business Improvement District have teamed up once again to give the residents of Denver another summer of beer and entertainment.

As it has been for the past three years, the Skyline Beer Garden is in Skyline Park off 16th Street and Arapahoe Street. It will have 40,000 square feet of outdoor area with open air and tented seating and will be open from 11 a.m. to 10 p.m. The set up is similar to Oktoberfest with picnic tables that will collectively be able to seat more than 350 guests and will have free WiFi. There will be a family-friendly area with plenty of games including giant Jenga, foosball and ping pong. According to the website, pets are not allowed. 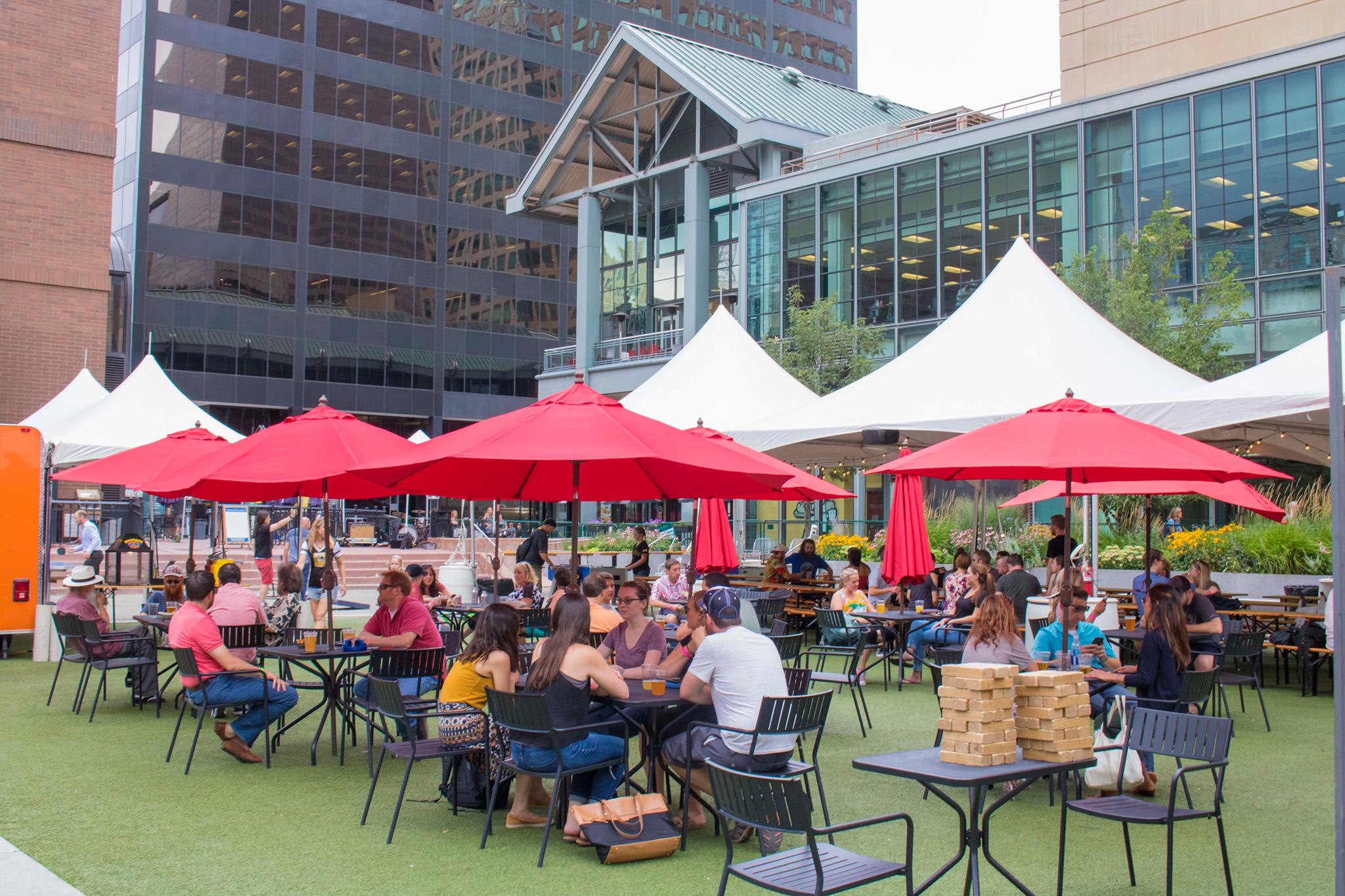 The Skyline Beer Garden will also have different programs in the evenings throughout the week that will make the summer even more enjoyable. Trivia nights, craft classes and run clubs are all part of the entertainment. A couple times a week, there will be “Sip & Sweat” events where people are able to workout and finish with a beer. All in the first couple weeks you can do barre with PureBarre, yoga with Atherial Fitness, boot camp with Kronos Strength and Fitness and pilates with Fluid Fusion. There is also a “Meet the Maker” series, where people can check out different breweries every Thursday from 4 p.m. to 6 p.m. The first few featured breweries include Barrel Brewing Co., Stone Brewing Co., Breckenridge Brewing, Kona Brewing, River North Brewing and Firestone Brewing. Throughout the series, people are able to taste the beers and receive different giveaways that are available. Every Friday and Saturday night, the Skyline Beer Garden will have live music and one of the performers is Denver’s very own First Lady, Mary Louise Lee.

The Skyline Beer Garden will be all about Colorado’s craft beer culture with most of the beers being from Colorado and hand-crafted. The Garden will have a selection of 12 different brews on tap. As the website states, “Life’s not all beer and music,” and the Beer Garden will have casual fare food including locally-made street tacos. Happy hour is Monday through Thursday from 3 p.m. to 6 p.m. and will have two for one draft beers or wine.