It’s been quite a year for women. From the #MeToo movement to the return of the Women’s March down to that goddamn amazing Beyoncé performance at Coachella, the tides are turning. On April 10, Denver Film Society kicked off its annual Women + Film Festival. Founded by Barbara Bridges, the festival aims to showcase women-centric programming whether it be documentaries, shorts or narratives. This year the festival returned with 11 films plus a shorts segment — a lineup that Denver Film Society PR director Neil Truglio called their “strongest lineup of films yet.” 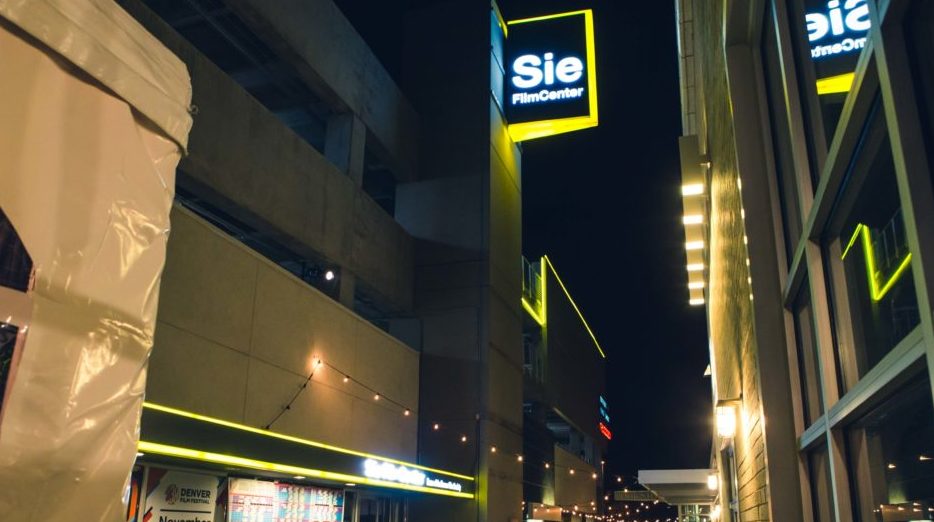 Kevin Smith, marketing director of Denver Film Society, and Bridges spoke with 303 Magazine about why this year was different from last. First and foremost, the festival saw a record-breaking year in attendance. “We had over 1,800 attendees this year,” Smith said. “We had three fewer screenings this year and still hit the same number we did last year.” Though there were fewer screenings in 2018 than 2017, Women+ Film Festival still saw about a five percent increase in overall attendance from the last year. Smith continued, “One amazing thing we saw this year [is] we had more pass-holders than we’ve ever had.” Though a good thing, this made it harder for Sie Film Center to coordinate how many tickets to hold for pass-holders for certain screenings.

The high attendance at this year’s Women+ Film Festival was obvious before the festival even started, with the lineup sporting several sold-out showings before its commencement. However, there was one showing that didn’t sell out that surprised Smith of the Denver Film Society. “We still had over 100 attendees to this one,” he said, “but The Rape of Recy Taylor is obviously so topical, and with Oprah’s speech at the Golden Globes, we were surprised.” Smith thinks that, though they still marketed the film as much, if not more than some of the others, it was a hard film for some festival attendees to approach. Though some viewers may be hesitant, that doesn’t mean Women+ regrets including the film.

“This is one of those ones we want to have people involved in the conversation,” Smith said. “I think there’s room to continue pushing this dialogue and this proves how hard it is to have.” On the other hand, Bridges was surprised Dark Money, a film about a financial scandal in Montana didn’t sell out. “I saw Dark Money at Sundance and I thought with all that talk of politics, that more people would be drawn to it,” she said.

When asked about how the turnout may have been affected by the current women’s movement turning tides in America, Bridges mentioned her upcoming book, Hollywood Her Story: An Illustrated History of Women in the Movies. Due out in February, the book chronicles the history of women in Hollywood and more. Bridges said,

“Women were totally involved from the very beginning of movies. They did every aspect of filmmaking and then when the studio system came in, money came into the movies and men took over. Now, we’re in a period of time not just in the movie industry but in many industries, where women are reclaiming their roles. In the Oscars, we had the first female nominee for cinematography ever in the history of the Oscars. Then we had Greta Gerwig for the fifth female nominee for best director in like 450 nominees. So that’s where we are. I look at the Time’s Up movement as two parts — one is the sexual harassment that just has to stop. The other part is that it’s time up for thinking women can’t handle the big budget of studio films or that a female protagonist won’t draw a crowd at the theaters. Time’s up on that.”

Though the political climate may be shifting, it didn’t change the energy that both the films and the attendees brought to Women+ Film Festival. On opening night the festival played two sold-out screenings with a reception so it kicked off with a lot of excitement and energy. Bridges explained, “For Mankiller, some people said they cried the whole movie. It was a totally different energy.” She continued, “Then we had Soufra and Kim Swims and people were feeling inspired. Every film brings a different energy and a different message.”

Film wasn’t the only thing driving the 2018 Women+ Film Festival, it was also driven by community. By the closing night — the screening of The Sounding — bonds were built and another year of women in film was celebrated in Denver. Before the final screening of the festival began, Bridges said, “It’s like the end of camp. I’ll miss some of you — some [that] I’ve seen every day.” She claimed community is one of the goals of Women+ Film Festival, an effort you can see reflected in their lineup with receptions, a brunch and more.