It might not be the first airline to fly direct from Denver International Airport to London Heathrow, but United Airlines’ Boeing 787-8 Dreamliner aircraft sure is fancy. With a flight duration of typically nine hours, you can get from the Mile High City to good ole England, shove biscuits and tea in your suitcase, and head back to Denver before the time change really messes with your head. According to United, “The new Denver flight will conveniently connect customers from nearly 80 domestic destinations to London,” and will be seasonal from March 25, 2018, to October 27, 2018.

No matter how long you’re staying abroad, the Dreamliner experience is meant to make red-eyes bearable, napping luxurious and international travel completely accessible to Denverites who don’t want a layover at JFK. We would know—because we got to fly business class on the brand new Dreamliner and spend a couple days in London. Make sure to read more about the whole trip when we publish our Cheap Traveler’s Guide on Visiting London From Denver. 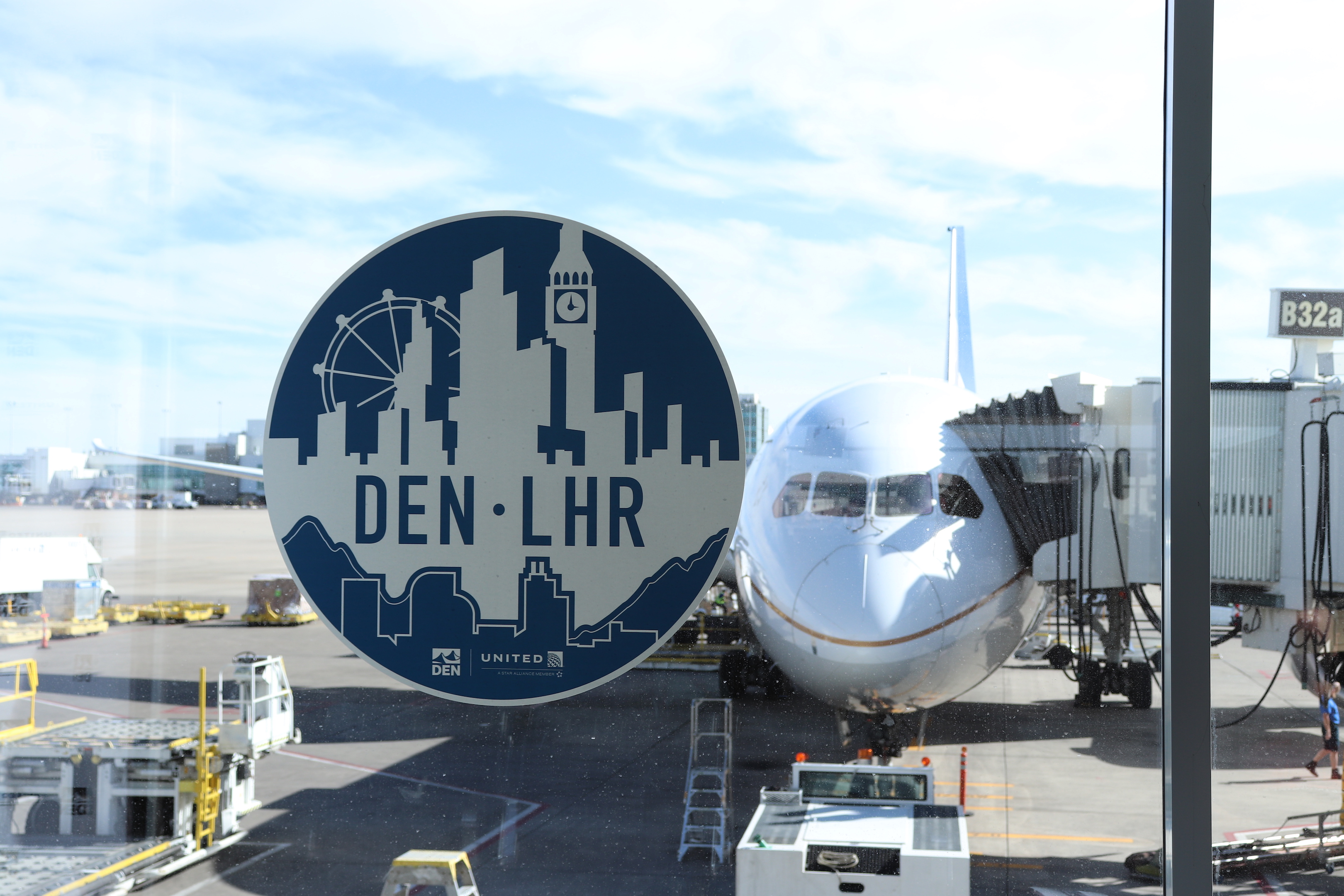 From the airport window, the plane looked big—but not too big. It appeared as though it could make it across the Atlantic, but didn’t appear so ostentatious you’d compare it to a flying Titanic.

After an agonizing five seconds to find my seat, I sat in the aisle seat beside only one man who looked like he was no stranger to the high-end aviation experience, and informed me that no—I didn’t need to put my carry-on luggage under the seat in front of me since we had a huge overhead compartment that could comfortably accommodate a passenger in Spirit’s economy class.

Since we were taking off at 5:35 p.m. and landing at 9:40 a.m. London time, that meant I would arrive in the UK at precisely 2:40 a.m. MST—which meant I needed a short nap for the jam-packed day ahead. I brought a neck pillow, blanket and eye mask for good measure, but it seemed like I didn’t need them. United provided a pillow and blanket (which I was told is from Saks Fifth Avenue), complimentary chocolates and even a small bag filled with toiletries so that I could freshen up in the decently-sized plane restroom.

I had a cubby and a shelf to house my laptop and other things to keep me occupied during the long flight but was also delighted to notice a flat screen in front of me with a remote, a nice long list of entertainment options and headphones for my viewing pleasure.

I wasn’t sure if I needed that either since I was trying to get some sleep for most of my time spent in the air, but I was already oohing and ahhing at my seat that used its lay-flat mechanism to transform into a makeshift bed and the incredible amount of legroom that was so vast my little legs almost couldn’t touch the seat in front of me.

I was served complimentary wine and sparkling water after a long list of options. There was no bag of nuts, Diet coke or stale pretzels, and I had one thought. This is nice. But I was definitely conflicted — it would be impossible to fly economy ever again. 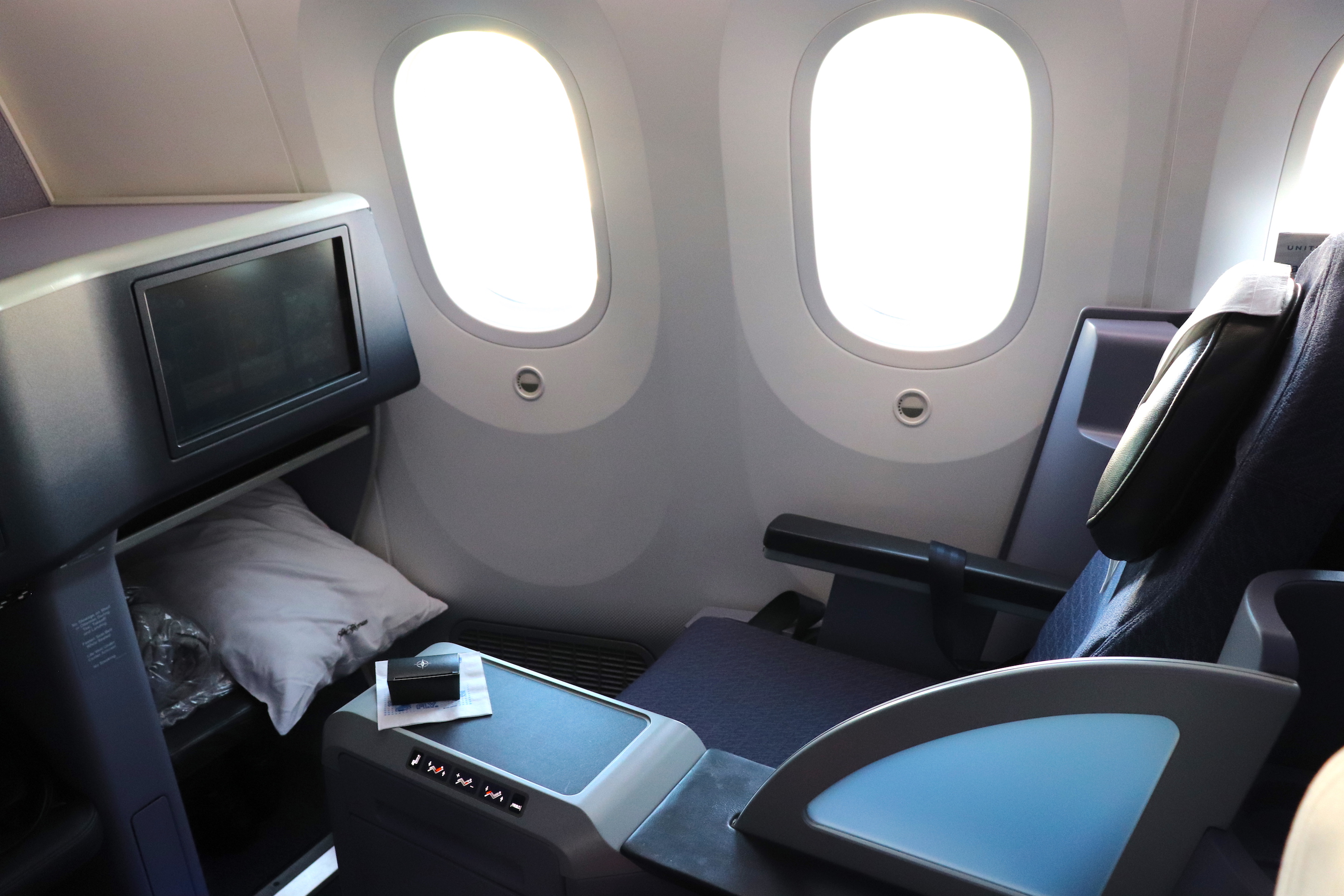 After a short, uneventful takeoff, we were finally airborne and the man beside me showed me a cool plane trick where the windows adjusted the level of sunlight and visibility, so there wouldn’t be a glare. There were no plastic shades to fight over—just a tiny set of buttons to help you control the windows made of electrochromism-based smart glass.

I was told the air was also better on the Dreamliner. For one, you could breathe easily—there was no stuffy cabin feeling that makes you feel like you’re coming down with sickness or a bad headache. Apparently, the air conditioning system improves air quality by removing odors, bacteria, allergens and other nasty stuff using a gaseous filtration system.

The air also wasn’t cold and dry. Typically on economy flights, I am one to wear a coat and sweater as I crunch in an awkward fetal position in the middle seat trying not to touch the old lady beside me using the tray as some sort of leg rest during a red-eye, but I actually felt quite cozy as I curled up in my seat at a comfortable room temperature. The Dreamliner has programmable humidity settings so that its passengers feel like they’re back on the ground in their own home, and it definitely makes a huge difference.

After being served a light dinner with lots of wine, a salmon appetizer, salmon entrée (are you sensing a theme?), wonderful cheese and fruit dessert and ice cream to follow, I was one full passenger and was ready for a pleasant snooze in my reclining seat.

I was even given a warm, moist toilette that smelled like something flowery to wipe my hands and face. After watching a movie and finishing my meal, it was time to rest—for a couple hours. 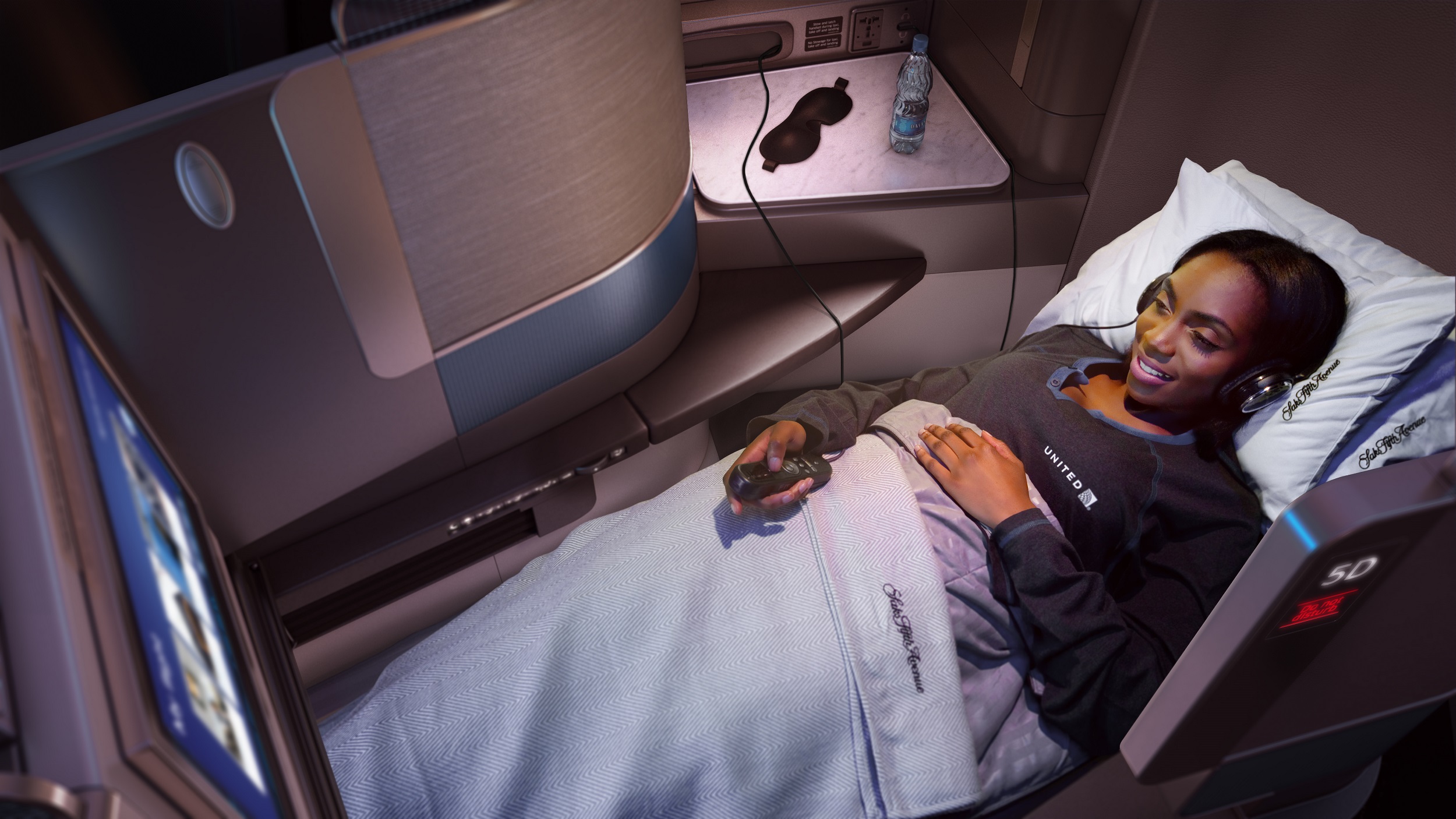 I looked at the clock and realized I had only slept for nearly three hours, but it didn’t feel so bad. After sitting up and devouring a short breakfast of orange juice, fruit, a biscuit and eggs, I looked out the window and saw the green fields of Scotland below me. We were going to land in 45 minutes, and I could hardly wait. I got another moist toilette and a coupon for express service through customs.

I might not have slept long, but I was doing a-okay. Maybe even excited for the trip home.

For more information about the plane, visit United’s website and purchase tickets. 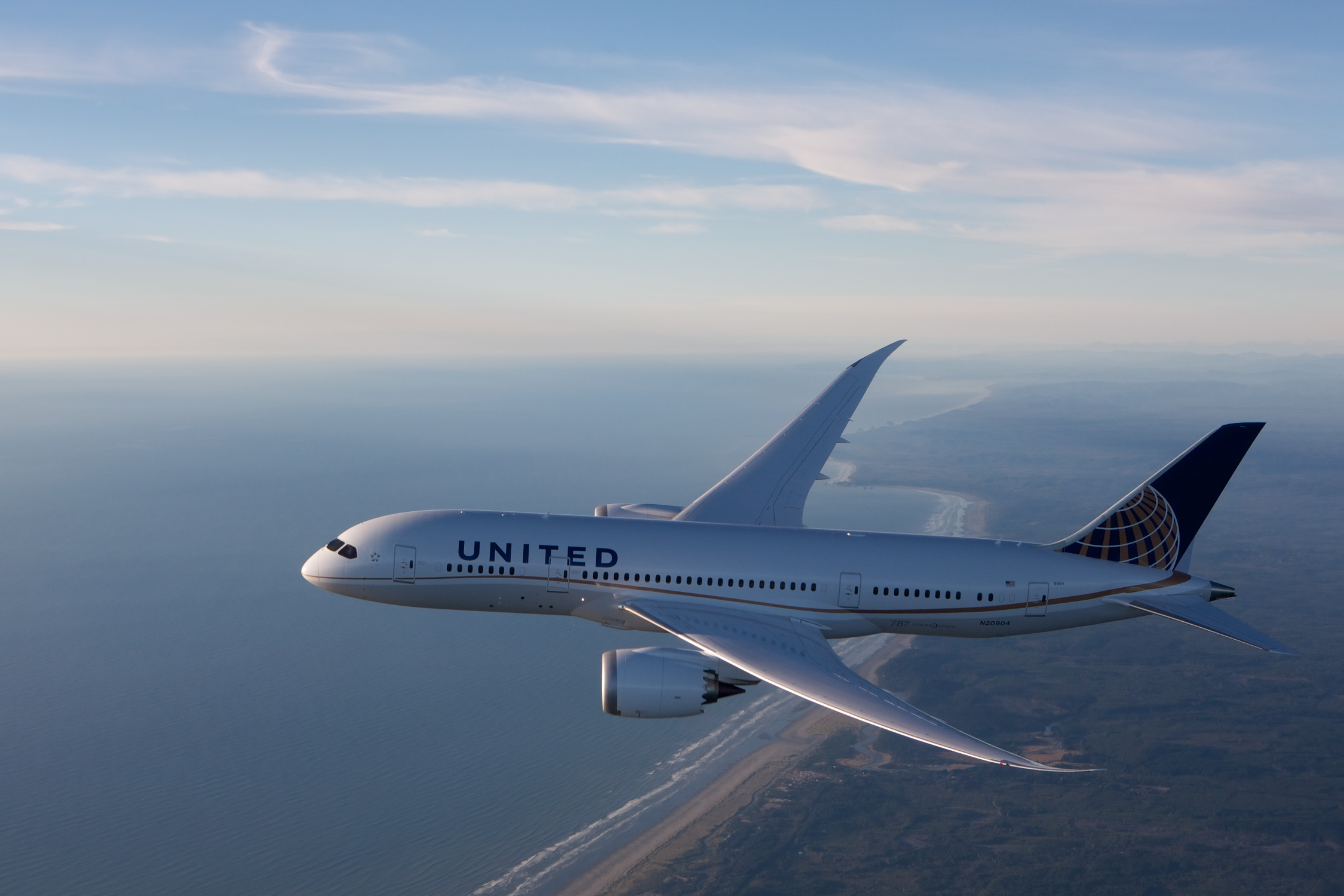