The first and only time I saw Jungle was three years ago. It was 2015 and the sun had just set at Manchester, Tennessee’s summer music festival Bonnaroo. Though young as a band, Jungle played the big Thursday night set time. Even as newcomers, the London group put on one of the best performances I saw at the festival that year. Today, with no new music having been released since — in four years total — and still only one album under their belt, Jungle is finally making moves. But last night at Denver’s Gothic Theatre, I couldn’t help but wonder if I was about to witness the same exact setlist I saw performed years ago.

It didn’t take long to realize that wouldn’t be the case. Jungle dived into their set with a mix of old and new material, performing a lot of unreleased music amidst the hits. But before the headliner hit the stage, opener Omar Apollo played a short set to warm up the crowd. The young musician from Indiana soothed the audience with alternative and R&B vibes accompanied by sensual yet simple dance moves and falsettos. Supported by a drummer, the vocalist also played some funky guitar. Though distracted by hecklers yelling “where’s Jungle?” the young musician powered through, even letting loose a little and receiving a mostly positive response from the crowd. 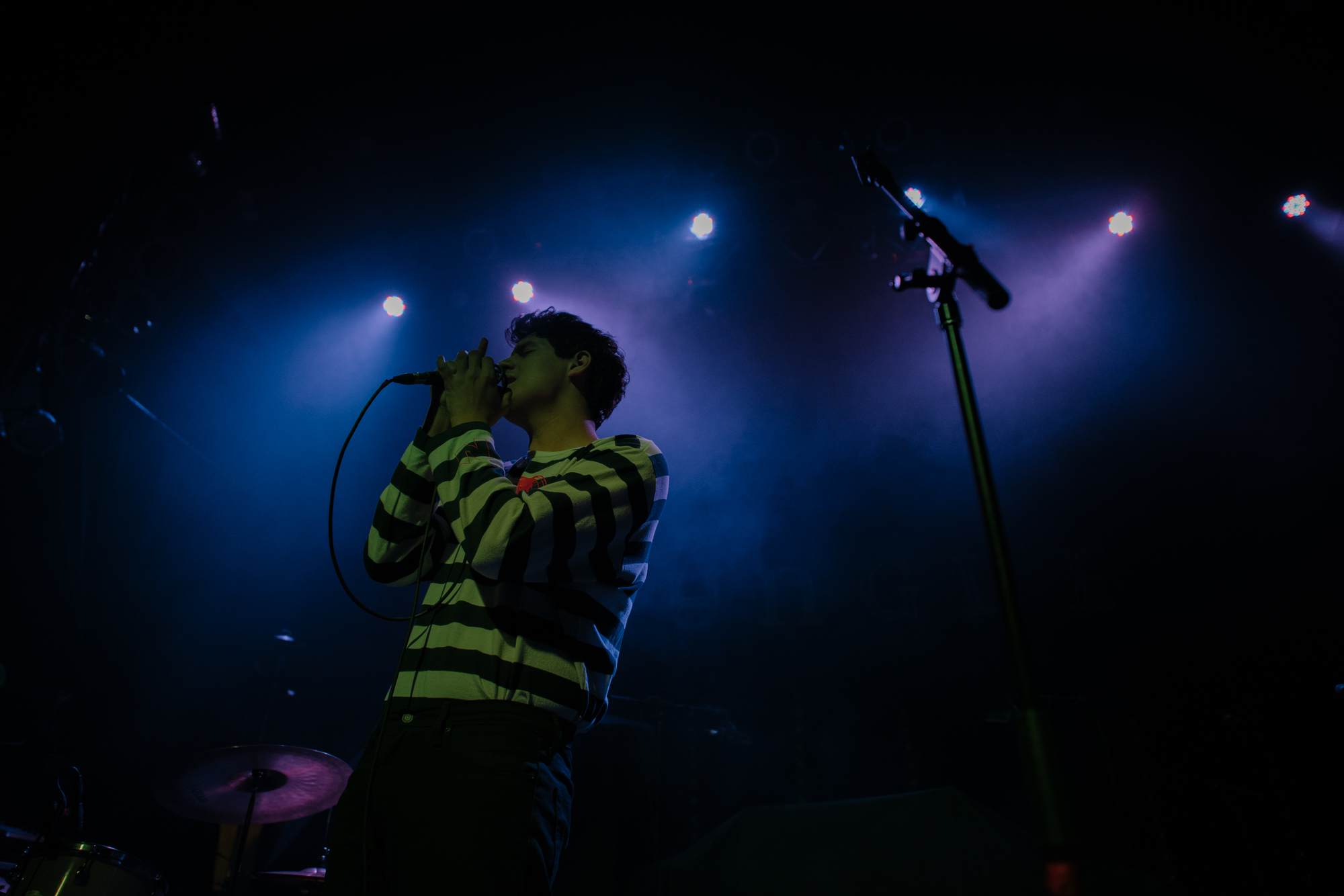 What came next was an unforgiving 45-minute set change. The unnecessarily long intermission gradually replaced anticipation with impatience. Jungle quickly made up for it, though, storming the stage amidst a hazy fog and bright off-white lights. Diving right in, they played a mix of new and old material. The large group harmonized falsettos, combining them with eclectic sounds and a whole lot of funk. Jungle didn’t lack a stage presence, either. Their charismatic tendencies and engaging stage set-up was a feast for the eyes.

Given that Jungle’s last, and only album was released four years ago, our minds were left to wonder what was next. Jungle’s 2014 self-titled debut crafted such a unique sound that curious fans wondered if the group’s sophomore album would be repetitive of their first. Or would the group decide to take their sophomore LP in a completely different direction? Last night at the Gothic it was clear that neither of those situations is true. Jungle’s new material falls right in line with their one-of-a-kind sound, yet it still remained completely original. Don’t expect just a watered-down version of Jungle. 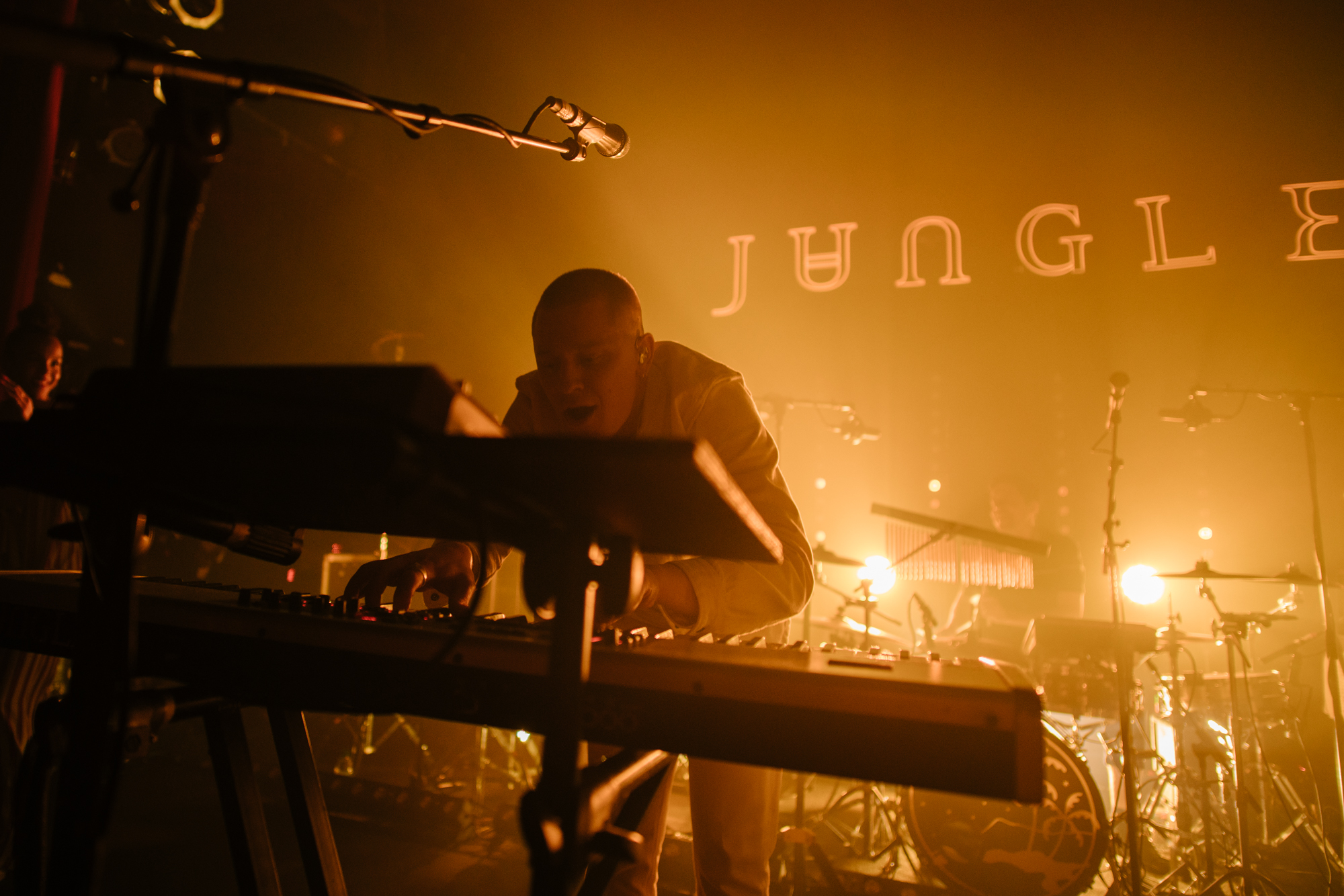 The highlight of the set wasn’t the new music — it wasn’t even “Busy Earnin'” or “Time.” What arguably stole the show was the groovy “Crumbler” where standing still wasn’t an option. By the bridge of the song, the crowd was shimmying, shaking and funking up the Gothic. Regardless of highlights, the show overall was a magnificent expression of talent. The set flowed from beginning to end with few breaks, seemingly flying by in the process. Though it passed in the blink of an eye (with the exception of that damn set change), the show isn’t one we’ll soon forget. Stay on the lookout for Jungle next time they come to Denver — or catch them at one of their many festival dates announced for this summer including Coachella. 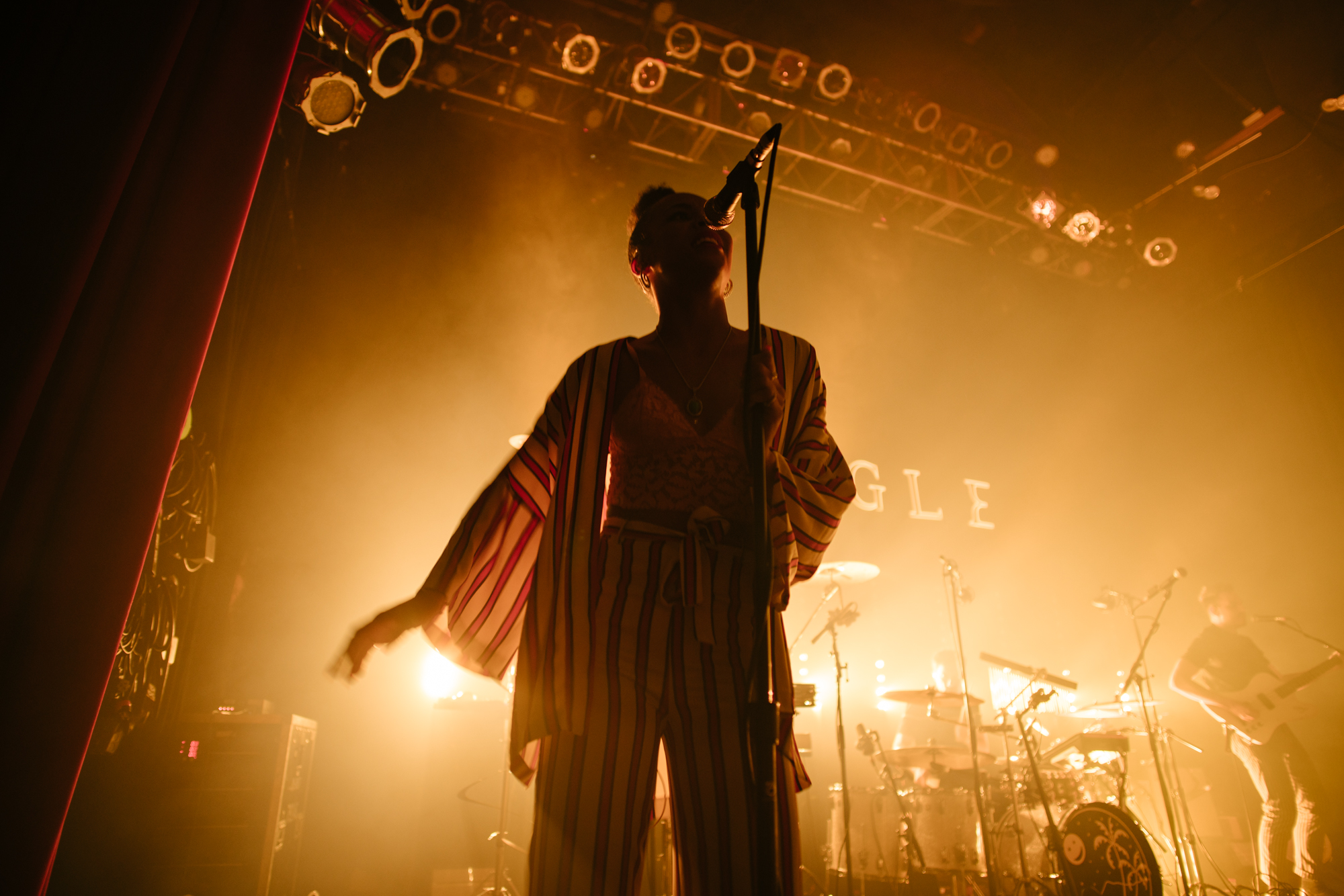