“We were at the forefront of coffee in 1995 and what we do now just eclipses that, it’s not even the same monster,” stated Pablo’s Coffee owner Craig Connor on the eve of the opening of his third Denver location.

Since 1995 when Connor left his job, sold his house and entered the coffee scene, he has been dominating in Denver. From the first location on 6th Avenue and Washington Street to the five-year-old cafe at 13th and Pennsylvania and now the third location on East Colfax, Pablo’s coffee has grown in both beverage excellence and size. And their new location hopes to continue that trend.

“The coffee community as a whole has skyrocketed over the last seven years,” explained Connor. “We’ve seen an improvement in roasting both at our shop and across the board, and high-quality baristas coming forward all over the place. Pablo’s Coffee was at the forefront of that movement.” 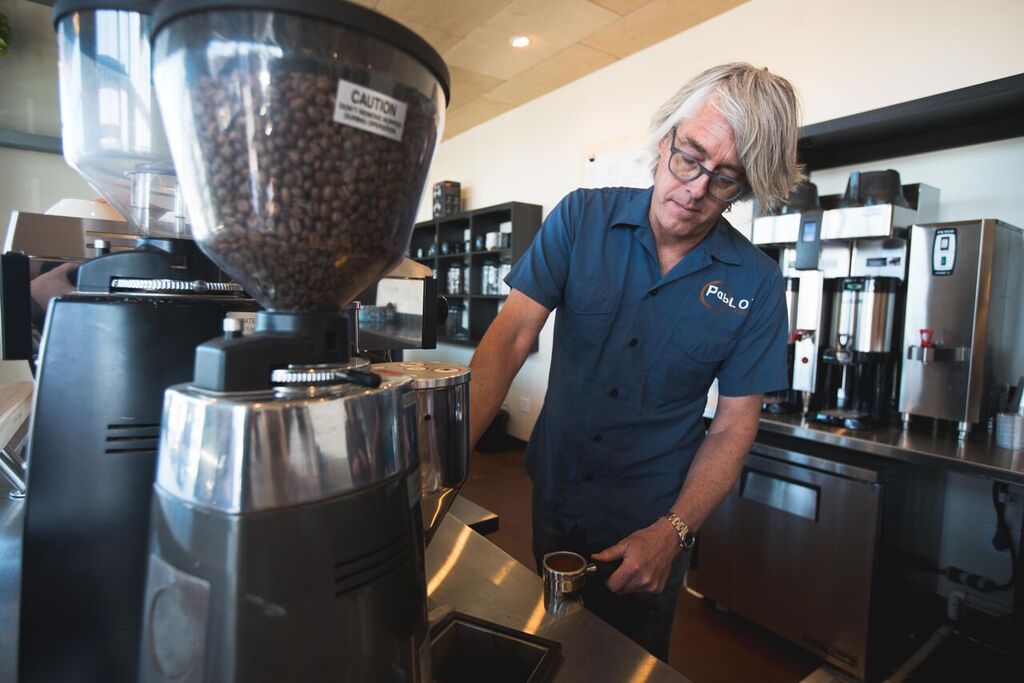 The 6,000-square-foot space at 7701 East Colfax Avenue houses a cafe with all of the favorites that regulars have come to know and love. But there will also be some new aspects including a commercial roastery on-site, training and tasting lab and offices for employees. Here Pablo’s employees and wholesale clients will train on espresso machines and pour-over stands in the lab, where the public can also attend home-brewing and other process classes. This is Pablo’s largest location yet. And soon, thanks to abundant natural lighting, the space will be filled with thriving plant life “perfect for softening the environment, cleaning the air and keeping the sound from bouncing,” according to Conner.

Anyone who has been to Pablo’s other two location knows that this iconic cafe has one particularly distinguishable trait that sets them apart from many other places in the city – no WiFi. And why? Becuase they believe, as wholesale director Jason Cain put it, “that keeping the WiFi out allowed for Pablo’s to become a community for conversation.”

“We decided that it would be cool to add WiFi,” explained Cain. “If bringing that in will make the community happy then that’s what we’re going to do.”

And the company isn’t stopping there. They plan to bring WiFi to one or both of their other locations in the future, according to Cain. From a new roaster to a larger space and coffee classes — Pablo’s, and the Denver coffee community as a whole is on the rise.

“When I first began in coffee, cafes were more cultural centers focused on the environment rather than the coffee itself,” explained Cain. “Now it’s about both. Some of the best espressos in the nation are coming out of Denver, and with this new location we’re only going to add to that momentum.”

The new Colfax location will offer the same fare as the previous two with local pastries including a vegan pop tart. In addition to the beverages and snacks, Pablo’s t-shirt’s and hats, as well as whole beans coffee, are available for purchase. Pablo’s Coffee is moving their entire operation to this new location. The team will roast there seven days a week and if you’re looking for a new place to kick back, study or simply drink a great cup of coffee — the shop is opening tomorrow with specials like dollar coffee and two dollar lattes.

Pablo’s third location is at 7701 East Colfax Avenue and is open from 6 a.m. to 6 p.m. daily. For more information on Pablo’s and its new location check them out here.