On April 19 and 20, Nick Prueher and Joe Pickett are bringing the Found Footage Festival (FFF) to Boulder and Denver for a screening of Volume 8, the newest selection of oddball clips from random VHS tapes. Their festival — growing in popularity since its first show in 2004 — not only features the weird and wonderful videos from an outdated technology but also gives Prueher and Pickett an audience who can appreciate their jokes, commentary about the clips for and where-are-they-now information. The duo enjoys an almost lifelong friendship, punctuated by their shared love of bizarre collections, like VHS tapes from strangers across the country.

Pickett and Prueher hope to entertain audiences at the CU Boulder Visual Arts Complex on April 19 and Sie FilmCenter on April 20 — a day that might prove very successful on the laughs front. 303 Magazine spoke with Prueher before the screening of FFF. Though he and Pickett have now gone full-time with VHS hunting and editing, they both came from other funny backgrounds. Pickett still occasionally writes for prankster-paper The Onion and Prueher spent time as a researcher at The David Letterman Show and Colbert Report. His job included finding “embarrassing footage of celebrities from before they were famous” — a task that impacted Prueher’s path in life. Prueher explained to 303 the first odd video, the new live YouTube show and what other weird collections he isn’t embarrassed to have. 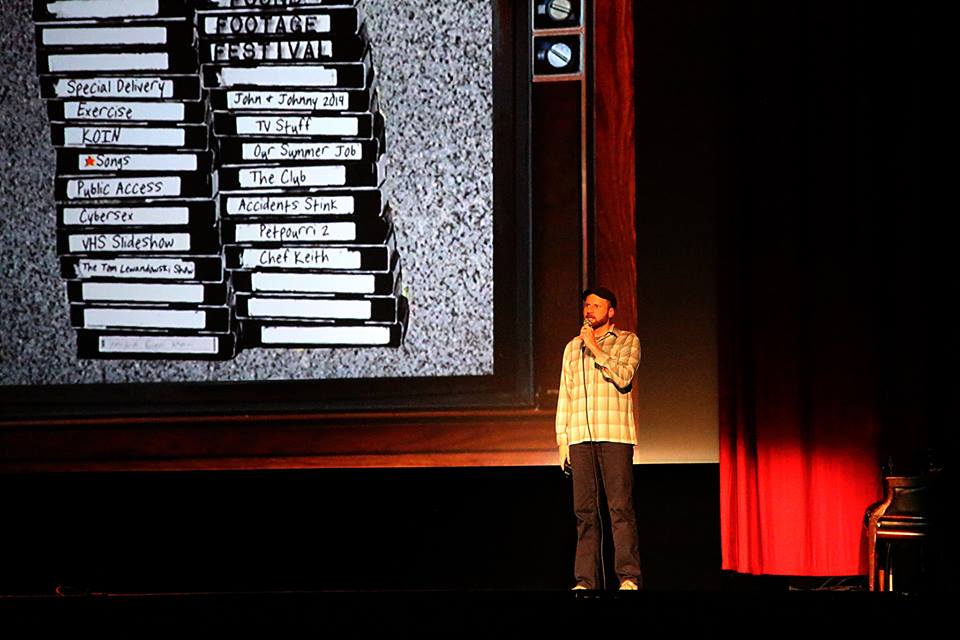 303 Magazine: Tell me about the first video you found in 1991 that started this whole thing?

Nick Prueher: I was working at a McDonald’s in my hometown. My friend was training to become a manager and he pulled me into his office to watch a video because he couldn’t believe how dumb it was. It was called Inside and Outside: Custodial Duties for a McDonald’s Janitor. We did not have a janitor at that McDonald’s so it was totally irrelevant. I guess the concept was if you cleaned really hard you could someday see an entity or the state of ‘McC.’ They never described what McC was — it was a pretty high concept for a fast food training video. Anyway, I was like ‘this can’t stay in the breakroom, my friends need to see it.’ I stole it, took it home in my backpack and showed it to my friends. We started having viewing parties for that video. Boring Friday night in our small town? Have friends come over and watch the McC video and do a running commentary, make jokes.

At this point, Joe and I have probably seen it 700 times. It’s not much different than what we do now — looking for videos in out of the way places and obsessing over them and watching them far too many times. The only difference is we are sharing them with strangers and not with close friends in my parent’s living room. 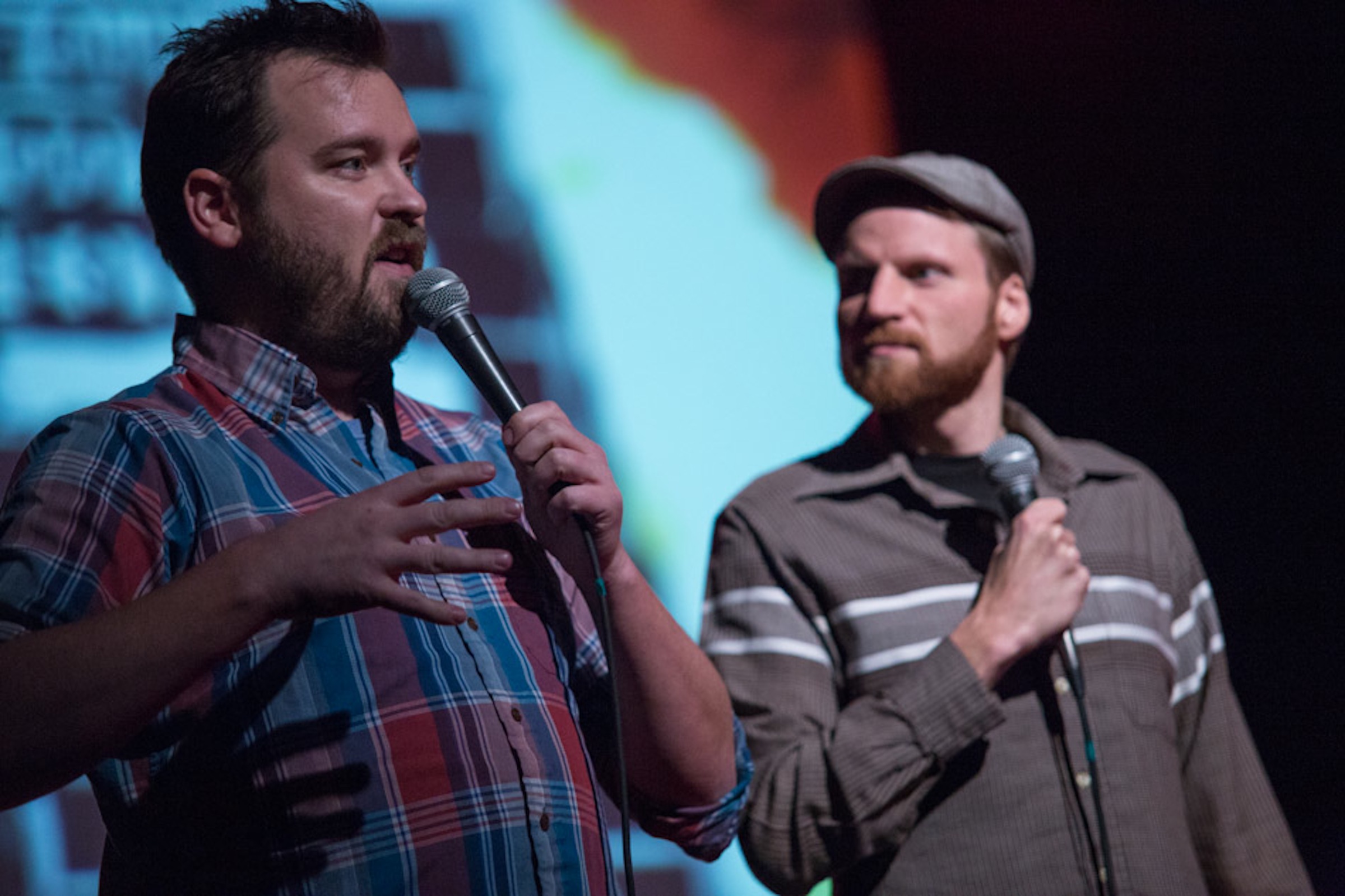 NP: We’ve been categorizing them recently and our running count is 7,000. But you know, we’ve probably only seen a third of them. And we have very specific categories. It’s not just Fashion — it’s Scarves and we have half a dozen videos on how to tie them. We don’t just have children’s videos. We have Puppets and another section for Religious Puppets. It’s a long process — counting, organizing — but we are getting there.

303: This is Volume 8 of Found Footage Fest. How has the show evolved in that time?

NP: The show we do now is essentially what we did when we were kids, just not in a wood-paneled living room in Wisconsin. The show is a guided tour through our VHS collection. It’s things we’ve noticed from watching the clips over and over again, plus the stories behind them. One way the show has evolved is that at the beginning, we may have done a simple Google search about the subjects in our videos. But now we have actually hired a private detective in Austin, Texas who looks people up for us. He’s found a few people we’ve been dying to meet and learn the backstory for.

One, in particular, is Jack Rebny. We call him the world’s angriest RV salesman. They made an entire documentary about him called Winnebago Man. Turns out he’s living like a hermit in Northern California and the detective tracked him down. We were able to arrange a historic meeting and it’s all in the documentary.

303: Is the plan for the future to keep making reels of short clips from these videos, more Found Footage Festivals?

NP: We are actually working on starting a stock library this summer. Moving from analog to digital because we know these tapes will eventually disintegrate. Typically, we take clips and cut together our edits or our highlights from those videos [for the festival]. We haven’t in earnest spent any time archiving these for posterity. The project would be using the same equipment we use to digitize tapes — using a little analog box into a USB. Then we’ll upload little thumbnail versions of them and people will eventually be able to use those clips in documentaries or movies or whatever. No one to our knowledge is archiving VHS special interest videos. There is a lot of film preservation societies, but no one is preserving the Rue McLanahan [from the Golden Girls] Cat Care video. But I think that’s a shame. We are going to try to fill that void and provide that service.

303: How do you and Joe find the videos in the first place, and then how do you choose the clips?

NP: When we do our tours — and we’ve been doing about 130 shows each year — we spend time in those cities looking through thrift stores and meeting up with other collectors. If we had to only look in New York, the selection would be pretty dull and slim. And when we tour, honestly, even if we weren’t searching for VHS tapes, we would be checking out thrift stores anyway. When we aren’t touring, in the summer, Joe and I sit in our office and watch the videos that are mostly boring and useless and we kind of go nuts doing that.

But recently, we’ve started a live internet show — VCR Party Live — on our YouTube channel, where we thought we should bring other people into that process. We pop in videos we found that week and show them to each other, we try to outdo each other. The difference is we do that online now and viewers can chime in with comments and jokes and stuff. We are also bringing out special guests and comedians and video collectors and other weirdos. We’ve only had two shows so far, and they’re every Tuesday at 7 p.m. (MST).

303: How do you think people discover FFF and do you always go back to the same cities?

NP: Video collectors and weirdos, in general, find us. I remember the first time we played Denver we met Andrew Novick, who everyone described as “local weirdo.” He’s a collector like the rest of us, he’s a collector of collections. He has diner menus from across the country and matchbooks and the dust that’s at the bottom of the cereal bag when you finish the cereal. Someone told us to meet that guy and we did and went over to his house and now he’s our good friend in Denver we see every time we go there. We have a stable set of weirdos around the country who we check in with regularly on our tours. It initially started with people saying “come back to Denver” or wherever. That’s how we’ve sustained ourselves, is having fans and friends in each city.

303: Do you all collect anything else?

NP: Yes. My house is a museum of thrift store finds. One thing I collect is children’s birthday party invitations. They come in sets of eight. I have everything from The Wuzzles to a Rambo-kid-friendly set. I’ve got probably 1,000 different sets. My plan is if I ever get married to send those out as the official wedding invitations. Joe and I also collect tapes from answering machines that we find at thrift stores. You basically get a window in someone’s life the day they decided to drop it off at the store. You also get to hear everyone’s outgoing message too. I also collect board games. Murder She Wrote, the A-Team board game and all these weird ones from the ‘80s especially. 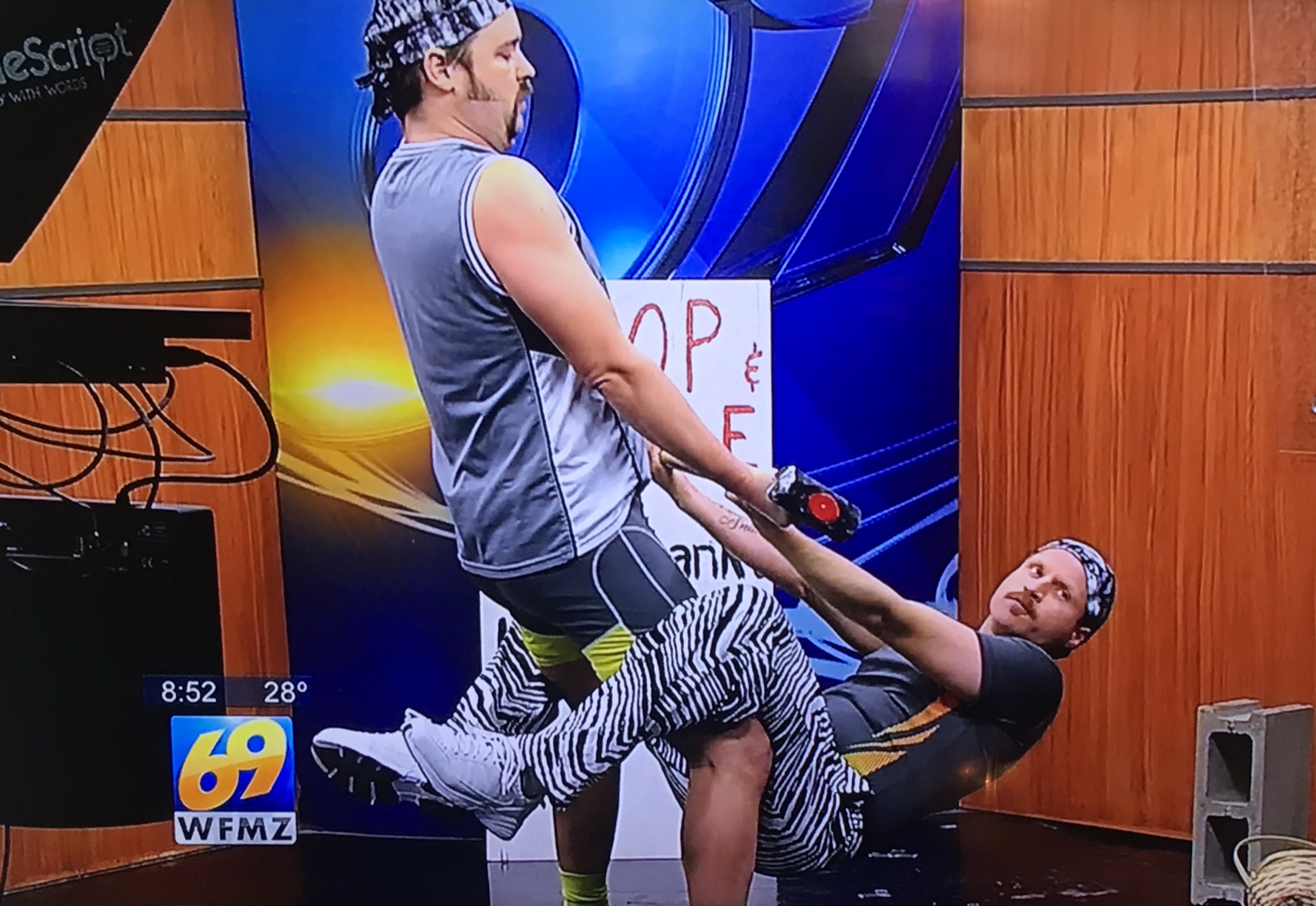 Tickets for the Found Footage Festival: Volume 8 in Denver at Sie FilmCenter on April 20, 2018, are available here.

All photography courtesy of Nick Prueher.