In anticipation of 303 Music Fest on May 17, we sat down with Wes Watkins of The Other Black who is arranging a once-in-a-lifetime performance. Dubbed the Colorado SuperJam, an array of Colorado musicians will come together for covers, originals and of course a couple surprises. Watkins has been a figurehead in the Denver music scene having worked with everyone from Nathaniel Rateliff & the Night Sweats to Air Dubai. In choosing who to lead the inaugural SuperJam of 303 Music Fest, Watkins being as connected as he is to the music scene and being a multi-instrumentalist powerhouse of his own making, the decision was a no-brainer. 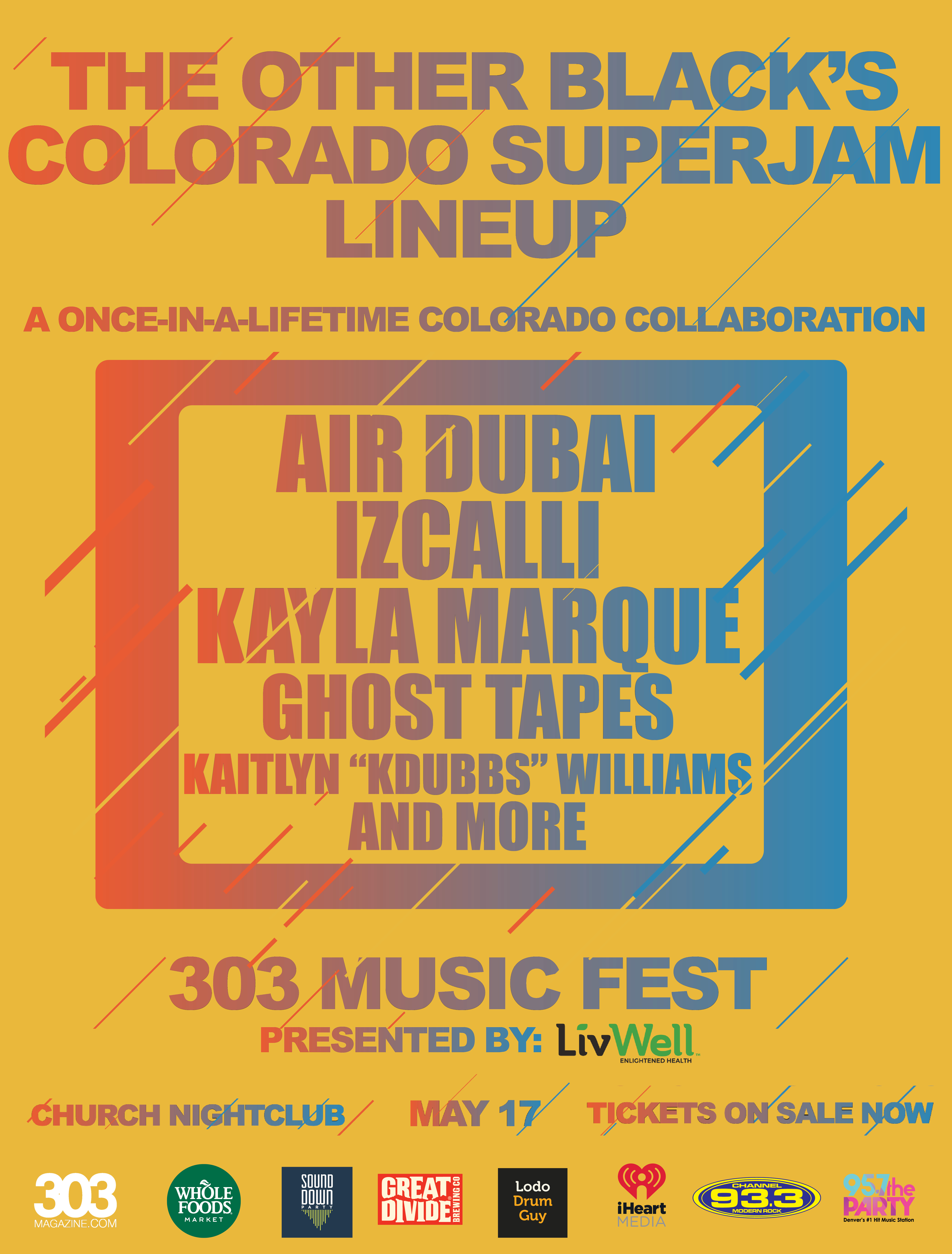 The initial lineup for the 303 Music Fest Colorado SuperJam

303 Magazine: What does it mean for you organize the Colorado SuperJam for 303 Music Fest?

Wes Watkins: It’s a cool thing because all of a sudden, we have this opportunity to not only bring awareness to the people everybody knows in town but [it] gives a chance to the artists who aren’t regularly as seen who are just as great.  Accessibility is a hard thing, especially for women and minorities. To get the women people should be knowing and the minorities people know on stage, with a rad crew, that’s great. It’s also cool because of the media aspect. As far as media goes, Denver’s been hard pressed on equality in media in art.

WW: All of us used to hang out. Air Dubai, The Epilogues and Photo Atlas — we all used to hang out all the time. I think as Denver’s grown, what we’ve seen is cliques emerge, so maybe it’s too big for cats to hang out like that. I feel like it used to be more community oriented, and everyone used to be part of that community, which is why the SuperJam is cool because it’s an opportunity to bring that back a little bit. Denver’s music scene has always been cool, but it also used to be more spontaneous. You’d never know when you’d show up to see somebody and next thing you’d know, another Denver act would be playing with them. We were all such good friends, we were always going to each other’s gigs and playing together. 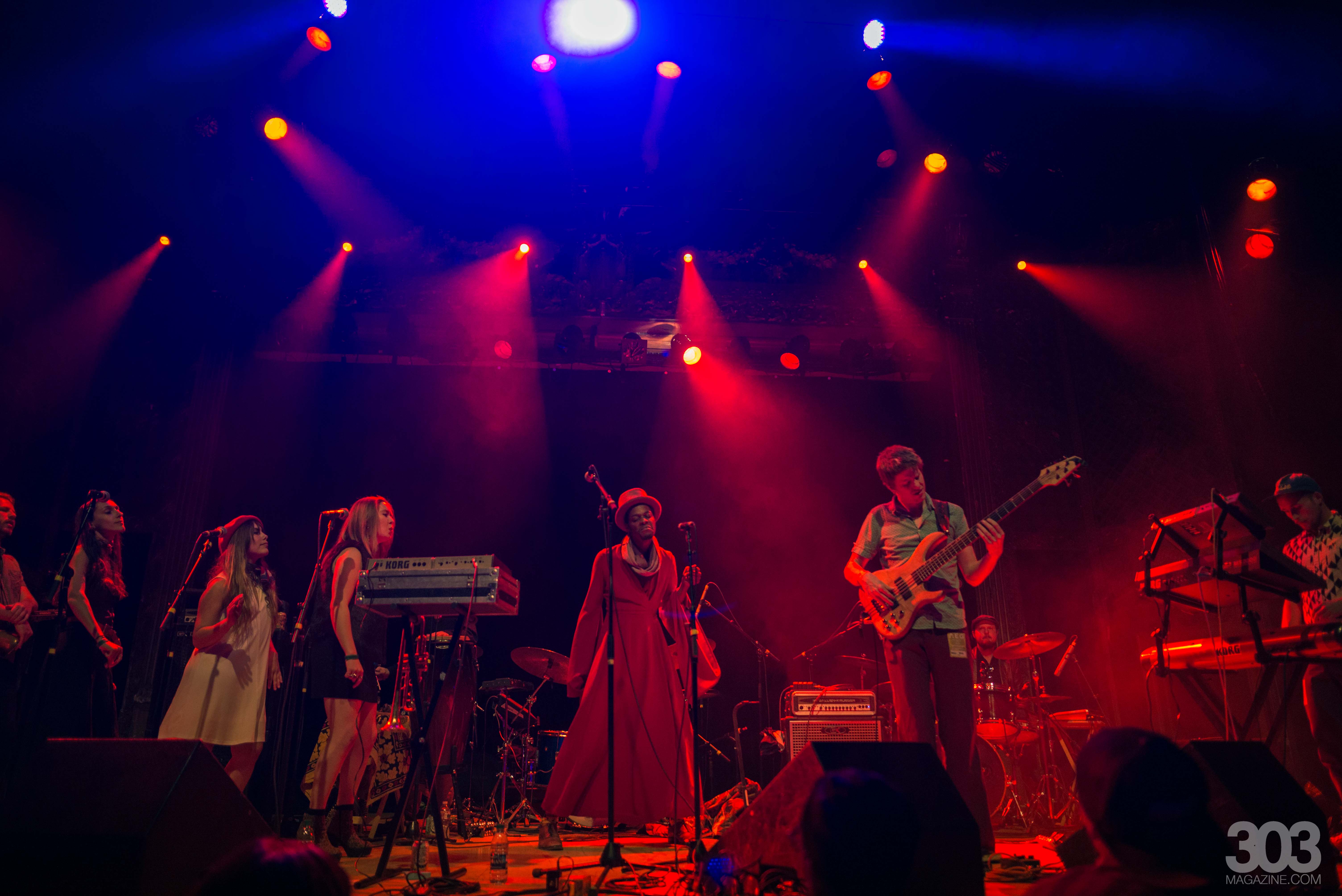 The Other Black opening for BadBadNotGood.

303: You also do work with Youth on Record, a Colorado music education group. Can you explain what you do for them?

WW: I work at Manual High School teaching music theory. It’s interesting because a lot of the arts have been taken out of schools. We don’t have instruments, and it’s hard for me to teach something like the C – major scale without the gear to show somebody. However, because the rest of the class is an audio production class, we’ve designed a platform to teach music through Abelton. I’ve designed a platform to teach theory in a modern application. What we are trying to do is remind kids that the arts are cool. 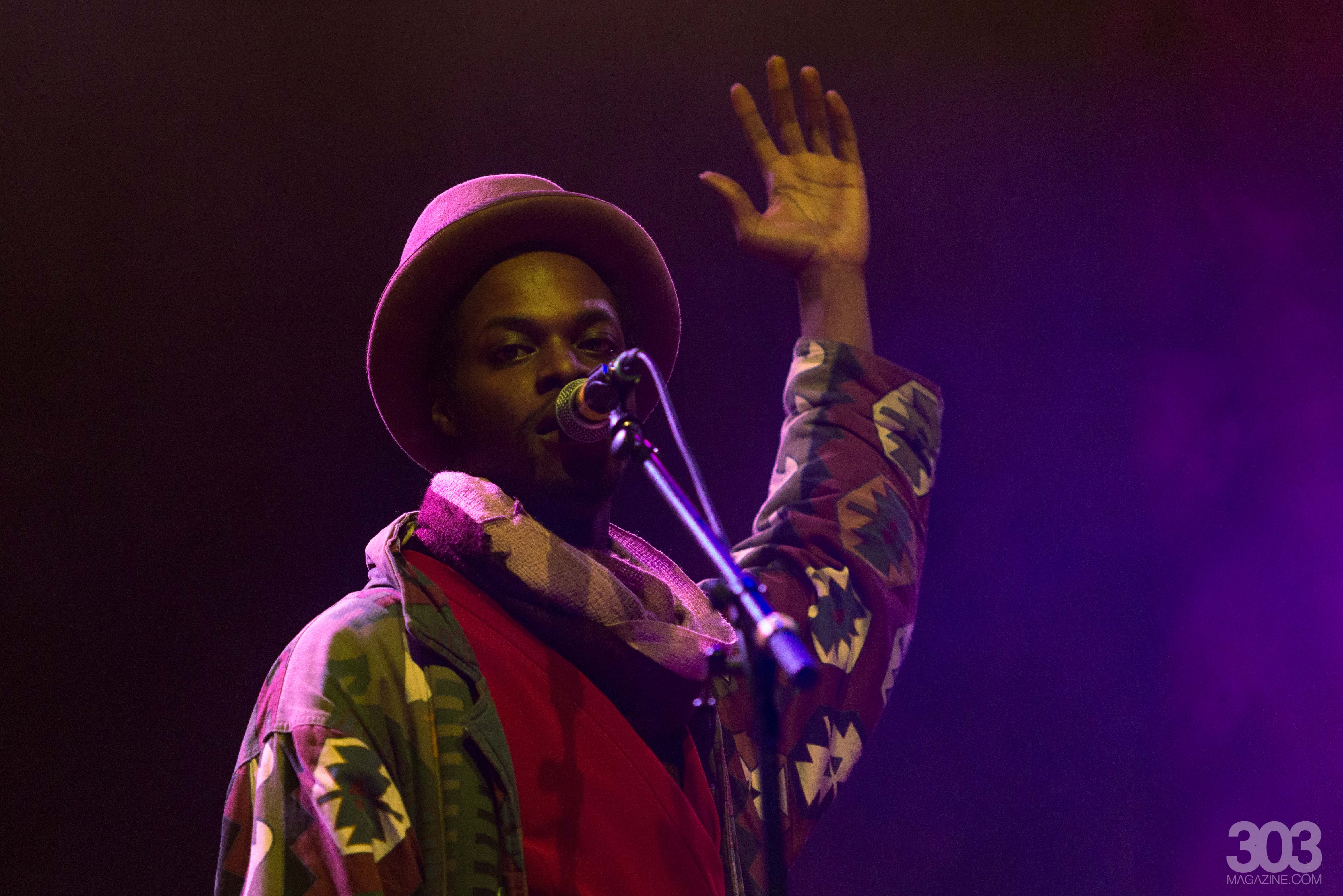 Wes Watkins of the Other Black

303: What do you think the impact of an event like 303 Music Fest can have on the Denver music Scene?

WW: We can start to bring back community, music and the arts. We can start to bring back cats playing with everybody since everyone is convinced they have to play with one band. If you want to learn how to play music, you should be learning from everybody and if you’re playing with the same people all the time, you’re not learning as much as you could learn. Also, all the musicians get to meet each other and it opens up the possibilities for collaboration and community. Often times in Denver, you’ll see someone get big and they no longer hook up Denver. You get big and you have that worldwide influence, it is your responsibility as a cat from Denver, to take Denver out on the road with you — show that our music scene is what’s happening.

303: What can we expect from the SuperJam?

WW: The Other Back is a ten-person band, horns, percussionists, etc. — we have all the things. As I’ve been talking to cats about the SuperJam I’ve been asking them to send me two or three tunes, and I’ve been arranging them for The Other Black for this giant instrumentation.  It won’t just be The Other Black playing their tunes, we’ll all be playing their tunes. Air Dubai is a great example of this. Many people haven’t heard their track “Suicide Bombers,” but I arranged it, and asked if they’d want to have a reunion of sorts for this SuperJam. We’re going to give people the songs they know and love from local music and give it to them in the biggest way possible.

303 Music Fest is May 17 at Church Nightclub. Tickets are available here. 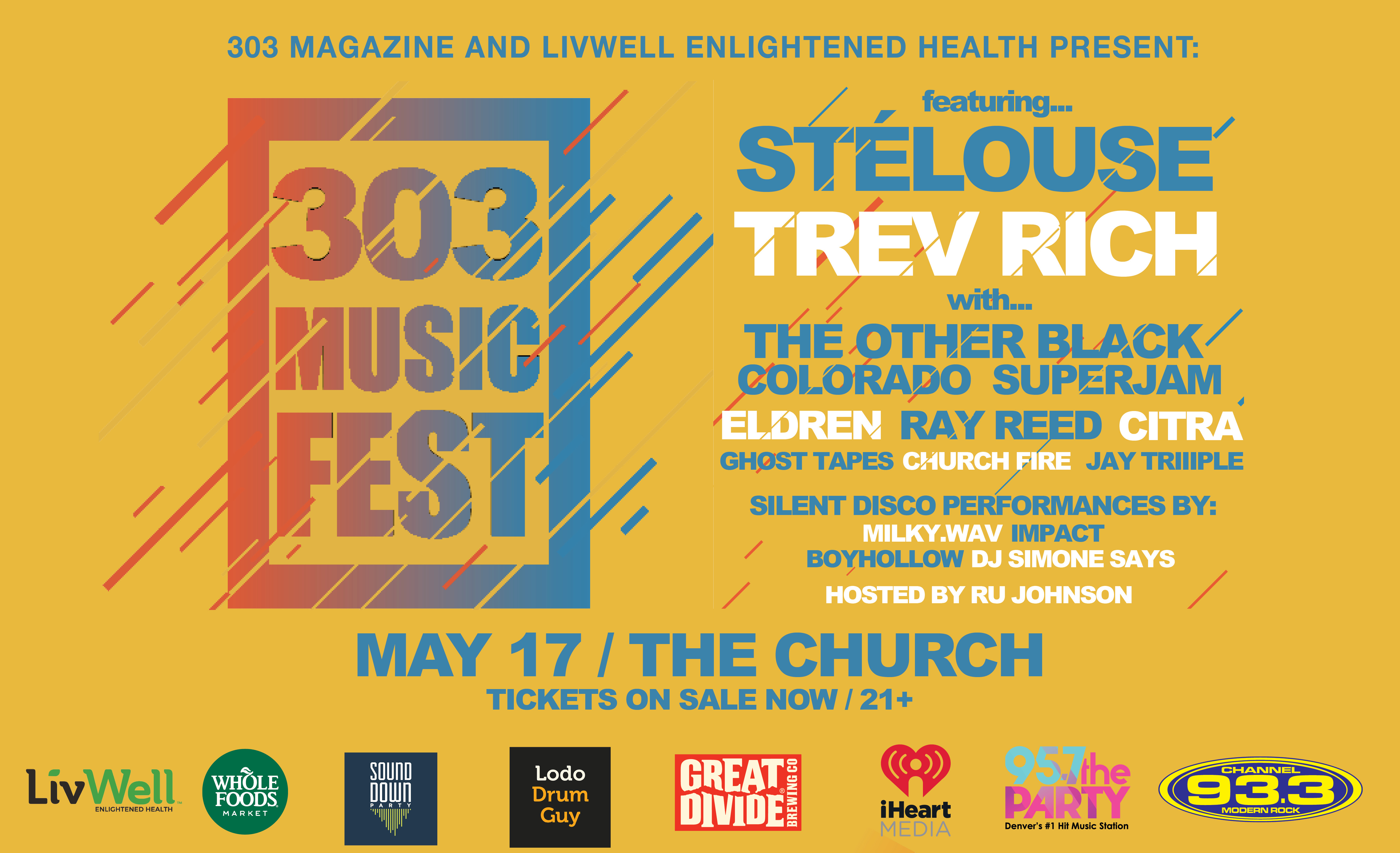