The RZA has done it all. He founded the Wu-Tang Clan. He produced countless hit records. He wrote, directed, acted in and scored multiple major motion pictures. His influence is immeasurable. And lucky for us he will be here on Tuesday, April 17 live-scoring a film that has been integral to his creative process and personal journey, The 36th Chamber of Shaolin. We spoke with the man about his love of kung fu and just what exactly it means to live-score a film 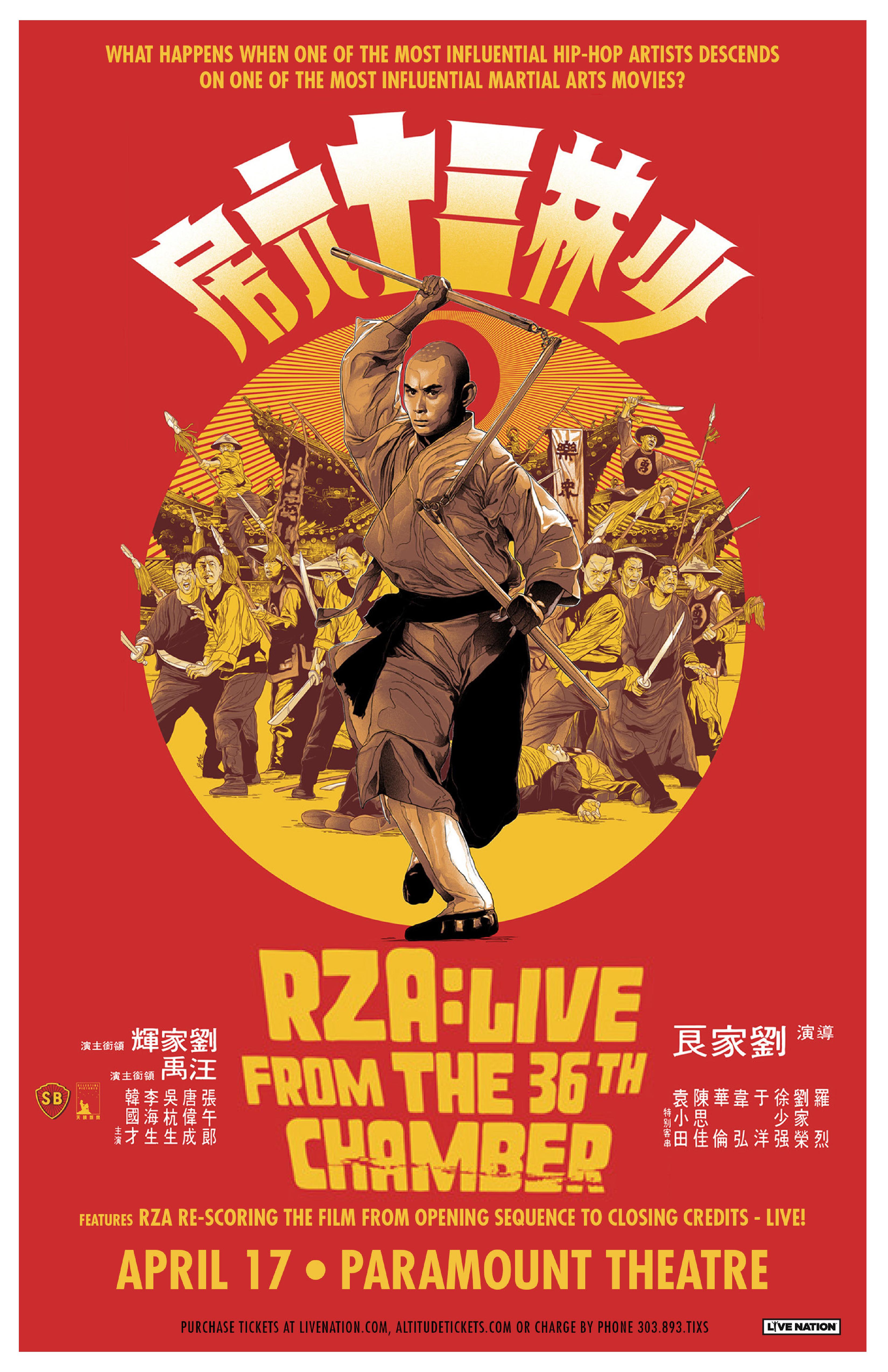 303 Magazine: Kung fu has always been a big part of your aesthetic. Can you tell me a bit about how you got into it and what it means for your artistic process?

RZA: I got into kung fu movies as a young kid watching ’em. Watching Bruce Lee, of course, Jim Kelly. That led on to the Shaw Brothers collection, Five Deadly Venoms, of course, being one of the greatest. But when I saw this film 36 Chambers (Shaw Brothers), it gave me a whole different perspective and view on history, and it gave me a unique inspiration. And actually out of probably all the films it probably sent me on the biggest quest, and that quest, of course, was to learn more about Buddhism and what it meant. And that opened up so many doors for me as far as mentally.

RZA: I think the first time I saw it was between 10 or 11 years old. But the time that it really penetrated me on a subconscious level and on a mental level was the age of 14. When I watched it during puberty it really gave me a whole other perspective not just on kung fu but on history and on life. My idea to bring this film and to show it to other audiences, I’m looking to hopefully respark that same energy at different levels. His struggle, of the lead character, I think any man can be able to relate to it, knowing that if you go through a deep struggle and you perfect your chambers you really gonna come out better. If you put that dedication into it, and determination is important right? Dedication and determination is what punches a hole through the rock, and consistency, and the film shows that.

What we do to enhance the film experience is we are rescoring it, and putting new tracks over it, new grooves over it, so you’ll see the kung fu with a different cadence. You’ll laugh a little differently as well because we play around a little bit too with some of the music and some of the scenes. It’s definitely an enjoyable experience. Each time we’ve done it it’s probably an 80% standing ovation ratio, so it’s been fun and rewarding.

303: You’ve done a lot of film scoring in your career. Did you have any inclination when you started doing music that that would be the direction you wanted to take it?

RZA: I didn’t know I was gonna end up composing films. It was actually this dude Jim Jarmusch helped me identify that particular quality. Jim Jarmusch had came to me and he said he’s doing a new film called Ghost Dog, he’s gonna write it, and he wants me to be the composer. And that just changed the game for me, just gave me an outlet for that kind of creativity. 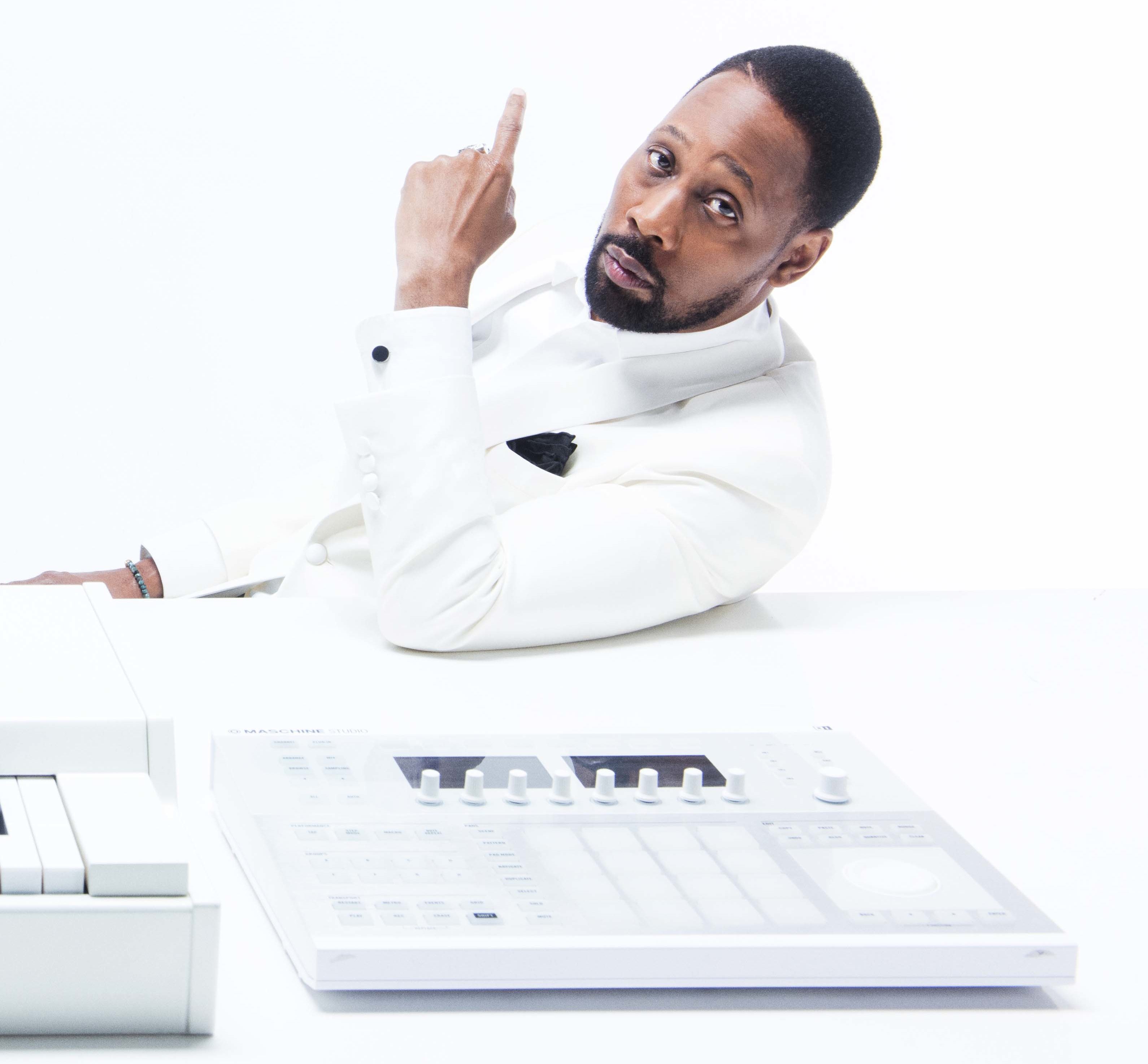 303: Have you switched anything up with the live-scoring since the Austin debut?

RZA: Yeah. Some things will change, cuz it’s live some things may happen on the fly. We were able to, this particular run, we were able to remove 80% of the original score. We couldn’t remove all of it because some of the score is attached to the foley, so that’s a whole other chamber. We also was able to add subtitles, so it’s a dubbed version and it’s subtitled so you won’t lose the story no matter how much the music may change or you may be dancing or groovin’ and all. And of course there will be some unpredictable things that’s gonna happen, but that’s what makes it fun, the naturalism of it.

303: Is there any reason you chose to open this leg of the tour in Denver?

RZA: No that was all out of my hands. But when they said that Denver was interested — I haven’t been to Denver since the Democratic Convention was there. So I’m due to come back, I normally would like to come back and rock the microphone, I know Wu-Tang played the Fox Theatre last time we came out there. But I’m happy to come back to the city and show this particular form of art.

One thing I’m sure of, I’m not worried about nobody not getting a chance to smoke their blunt or chew their edible. I’m sure we gonna have a good time. Because this a perfect audio-visual experience for that kind of brainwave.

303: Do you have any plans for any other live-scoring projects?

RZA: We’ll do this right now, and if we continue to have success with it and the fans are enjoying themselves and want to see me continue to do it — if they demand it we’ll supply it. Looking forward to seeing you in Denver. Peace.

RZA: Live from the 36th Chamber will screen at the Paramount Theater Tuesday, April 17. Doors are at 7 p.m. with the show at 8. Tickets are available here.

All photography courtesy of RZA’s Facebook and I N F A M O U S.