According to DPR’s website, the intent of these revisions is to “simplify policy, provide more clarity and park users and permit holders” and to “accommodate upcoming changes to state liquor laws.”

“The Department’s alcohol policy was initially established in September 2007 and was amended in May 2011, February 2012, and May 2012. The current policy is overly complicated and, in some cases, overly restrictive. There are inconsistencies between how certain parks and facilities are treated as compared to all other parks and facilities. The intent of these proposed revisions is to simplify the policy, provide more clarity to users, institute consistency, and accommodate upcoming changes to state liquor laws.” 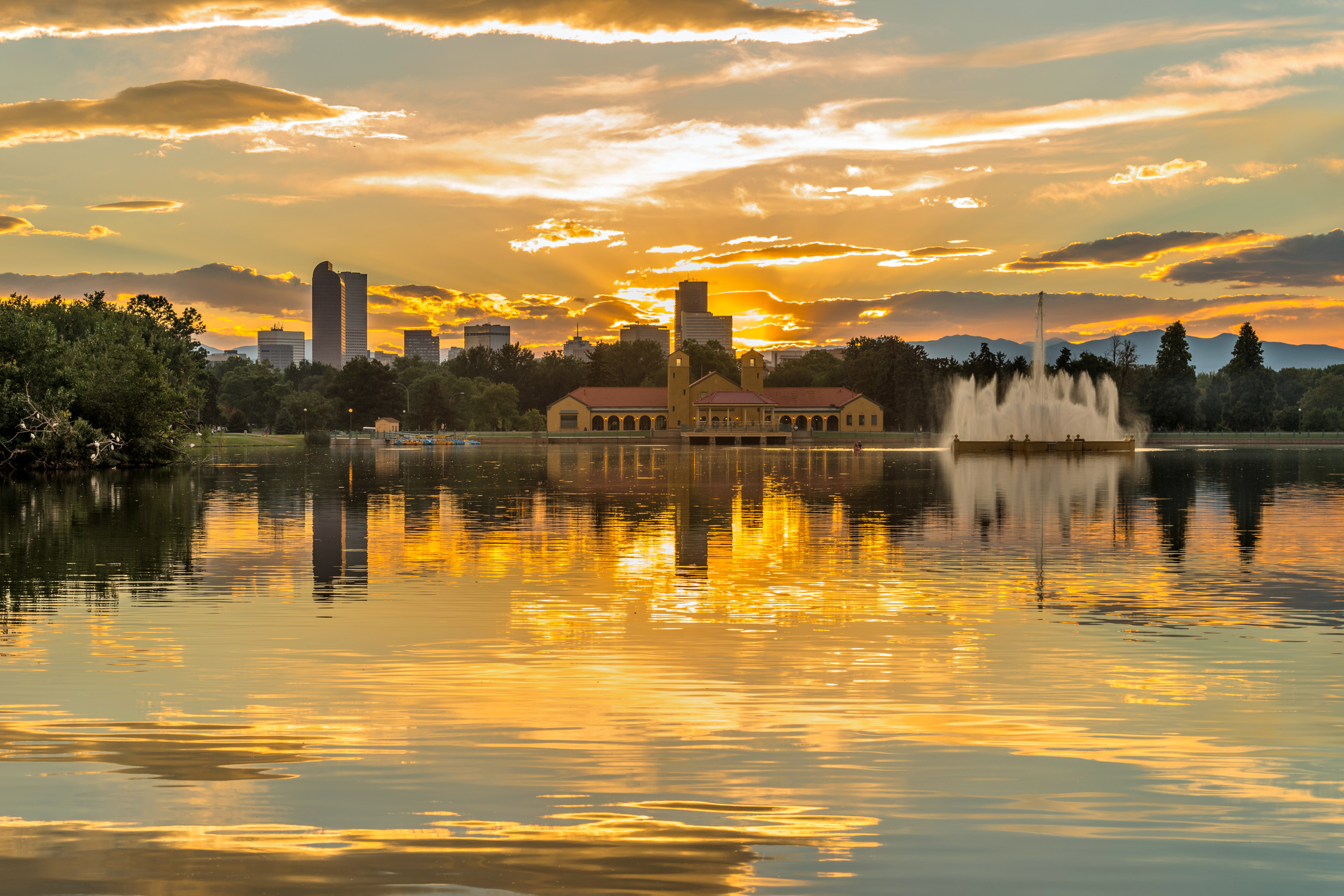 A summer sunset view of Ferril Lake in Denver City Park, with city skyline and front range mountains in the background, at east-side of Downtown Denver, Colorado, USA.

A full list of current rules can be found here, but some notable revisions include permitted events — such as festivals, public and private events, races/walks — would all be treated the same when it comes to selling and serving alcohol. Current restrictions only allow the sale of beer, wine and champagne meaning these new changes will allow the sale of all types of alcohol. In addition, hard liquor served as mixed drinks will no longer need to be prepackaged or premixed.

Specifically, Sloan’s Lake would also no longer have a limit of two festivals and public events per year that serve or sell alcohol and would allow all alcoholic beverages to be served and sold — same as DPR events and festivals.

DPR launched a survey this week to receive feedback from the public on these revised rules and possible changes to their alcohol policy. The survey is intended to serve as a platform for critics and fans of the policy changes and can be found here.

As with any event where liquor is served, “permit holders must obtain the appropriate liquor license/permit as determined by Excise and Licenses” and continue to know rules/regulations and the language associated with permits.

What do you think, Denver? Would you like a margarita to sip on at Jazz in the Park this summer?