Kelly Belknap and Matilda Sandström have set a deadline — September 1, 2018 — the day they hope to successfully feed 50,000 American families.

No, they’re not packing lunches or working in a soup kitchen to meet this goal — although they both regularly do that on the side anyway — they are selling lightweight backpacks of their own design through their company, Adventurist Backpack Co. On September 1, 2017, Belknap and Sandström founded their company, and to date, they have fed 12,605 families, but the couple wants to make an even bigger impact by their company’s first anniversary. “We believe that travel and people go hand in hand,” said Belknap. “If you travel, you want to help people in some way and we believe that a little bit of kindness goes a long way.” Each backpack purchased is priced at $60, and the money is used to feed roughly 25 families through Feeding America, a US non-profit organization that networks with more than 200 food banks nationwide to feed more than 46 million people.

How did their mission begin? Belknap and Sandström do a lot of traveling in their free time and wanted to make a lightweight, affordable backpack that would withstand heavy use, but be fashionable. “I’m from Colorado originally and Matilda is from Sweden, so we end up traveling a lot back and forth between Sweden and here,” said Belknap. “The main reason we ended up with an idea for a backpack company is because we wanted to design a backpack for ourselves — a really high-quality daypack that we could take traveling. We wanted a fashionable daypack, and when we looked for one, they were upwards of $100-$200, so we wanted to make one that was something we could afford.”

The idea of using their product to give back was conceived while traveling abroad. “We had been traveling to South America to places like Colombia, Costa Rica, Panama and Jamaica, and then we had gone there from Europe to Switzerland, Germany, Denmark, Austria, Slovakia, Czech Republic — kind of all over,” Belknap explained. “While we were traveling, we would pack up individual meals and prepare them in the morning before heading out to explore. Normally, that meal would include a piece of bread, fruit and some water, and we would pack brown paper baggies into our backpacks.”

It was a way to give back to the communities they visited. “While we were out exploring, anyone that was asking for help or asking for food, we would hand them one [a meal]. While you’re traveling in cities, there are a lot of people who need help,” Sandström said. “When I first met Kelly, he was always trying to give back to the community. We were walking around anyways, so we saw all those people and met all these people, and said ‘We might as well help them.'”

Belknap said the idea really just hit them. “As we were handing out bags of food, we realized ‘Oh man we could do that with the company we wanted to start. We could provide meals from backpacks.’ It was the perfect connection.” 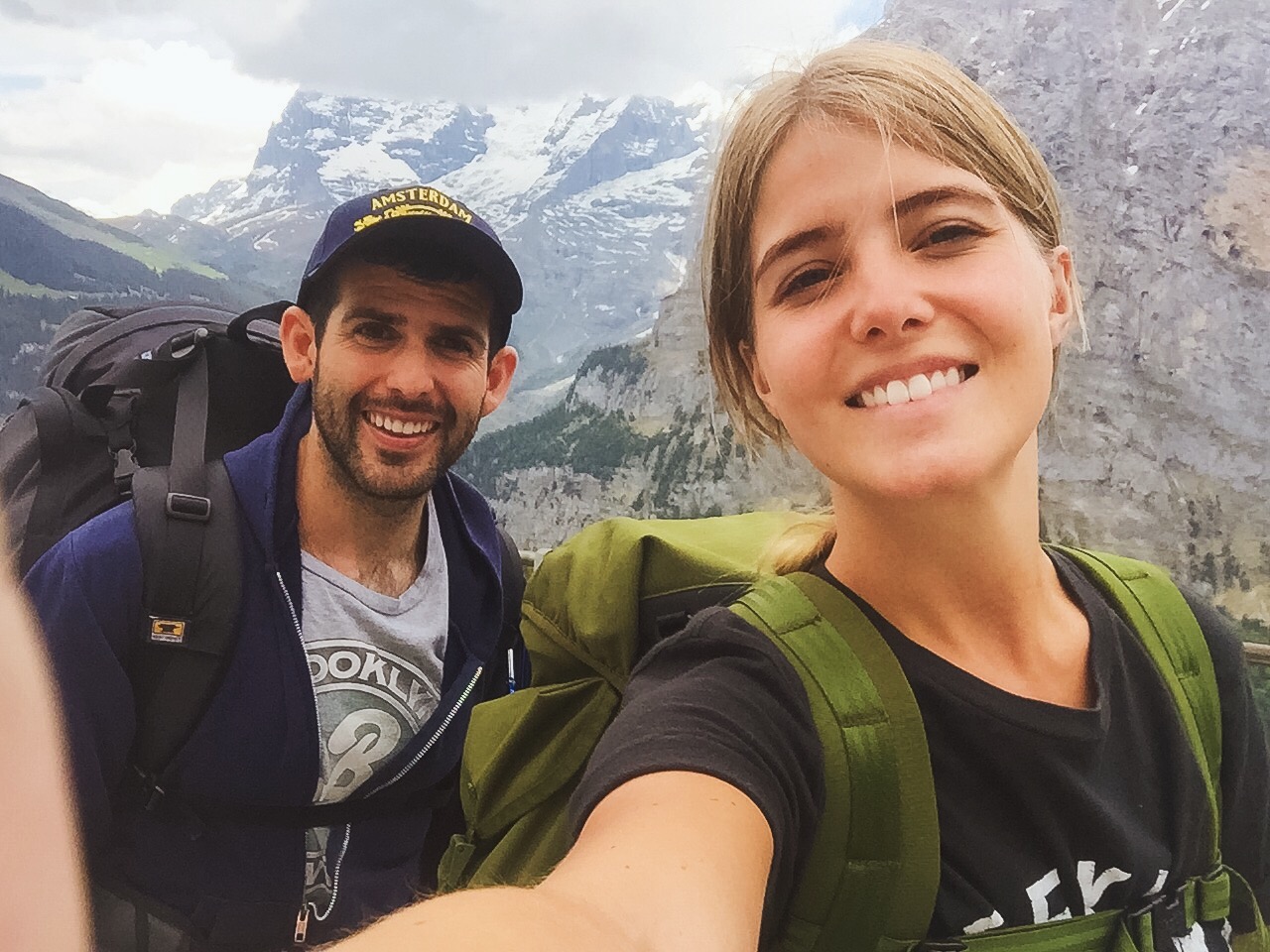 When the couple returned from their trip, they decided to partner with Feeding America, a decision that was based on their desire to help hungry families in Colorado communities as well as others across the United States. Belknap and Sandström hope one day they can also spread their outreach to third world countries, but in the meantime, they are happy they get to help food banks such as Food Bank of the Rockies serve meals to families.

Belknap credits TOMS shoes and his childhood upbringing for the charity-based business model. TOMS, a for-profit shoe company that gives a pair of shoes to a person in need for every pair sold, is a great way to grow a business, according to Belknap. “You can grow a business and get more and more food — it’s kind of like a snowball effect. We want all companies to give back in what they earn. It’s such an easy way. If every company did that, a lot of problems could be alleviated.”

Belknap’s mother also encouraged him to help others when he was a child. “I remember a specific situation where I was young and my mom would give me food and if we saw a homeless person nearby, she would have me go and take the food and give it to them myself,” he said. “I think it was probably to teach me that I personally needed to go do something good in the world and not just watch her go and do it. As silly as that sounds, that situation has stuck with me my whole life.”

So how many meals does the daypack actually carry? “It depends on the size of the meal,” laughed Belknap. “We know you can fit a 30-rack of beer in there, and from someone who bought one and had a few bottles of wine, we can confirm it can hold three bottles of wine safely.” 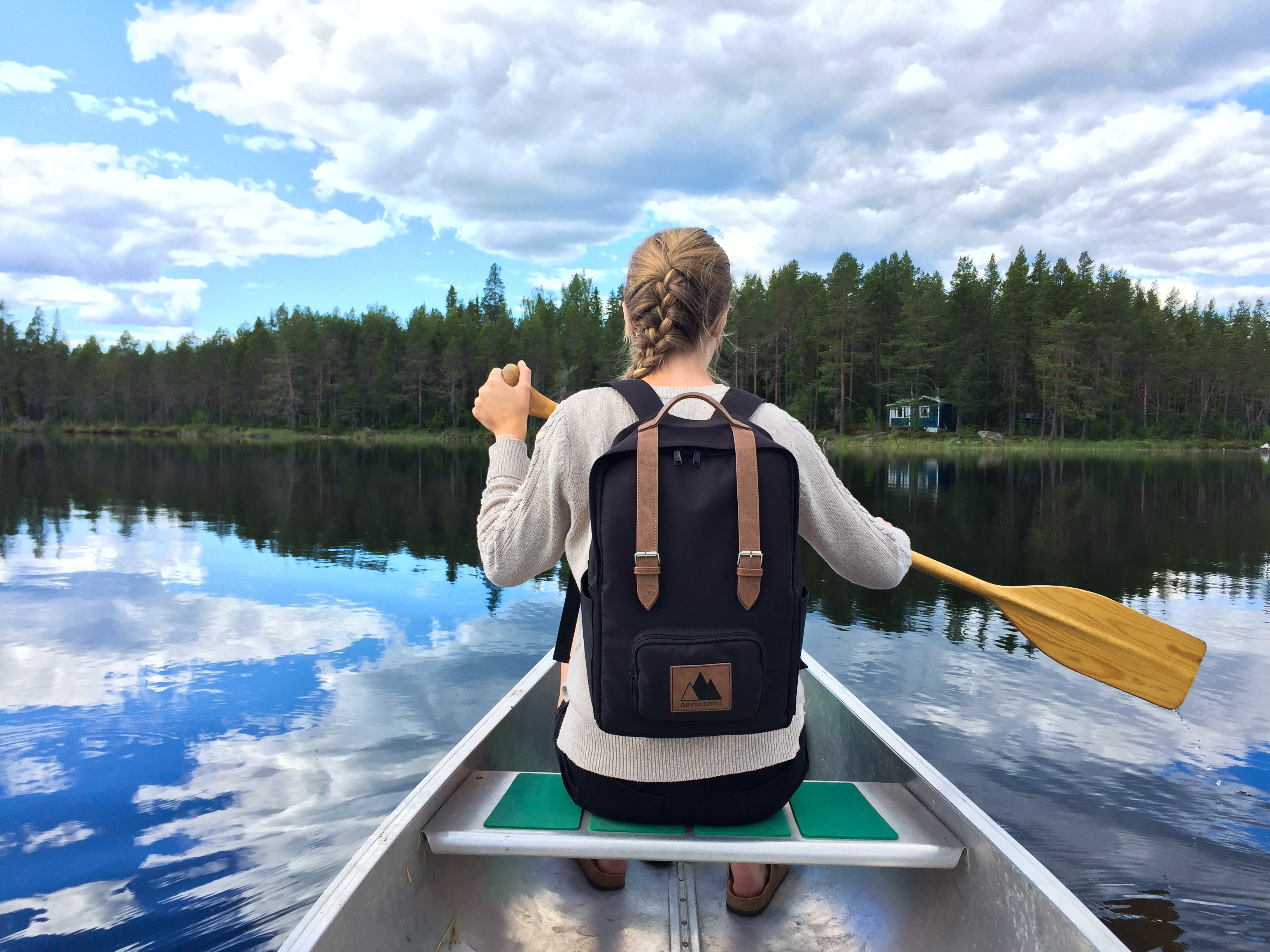 The backpacks, which are called the Adventurist Daypacks, are available in three colors — black, pine green and sand beige — but the couple said a new burgundy red will be available this summer, and hopefully a blue in the near future. Each daypack is water-resistant and made using 1000D polyester fabric and synthetic, vegan leather. “Everyone is carrying around electronics — camera gear and laptops — so we wanted people to be able to carry it around without getting wet if it starts raining or snowing,” said Sandström. “In Sweden, we love stuff that’s really usable and minimalistic, so while we were designing this backpack, we were trying to create something that you could take traveling or along on a night out, and have it be functional so that you could use it for everyday living and be stylish.”

The backpacks, which are available for purchase online in addition to two tote bags, are also available at retailers across Colorado and Montana. The couple confirms they are also creating a larger and smaller daypack, and will also create general apparel such as hats and shirts. The nearest stores that sell Adventurist Daypacks in Denver are the I Heart Denver stores at Denver Pavilions and Southwest Plaza Mall. 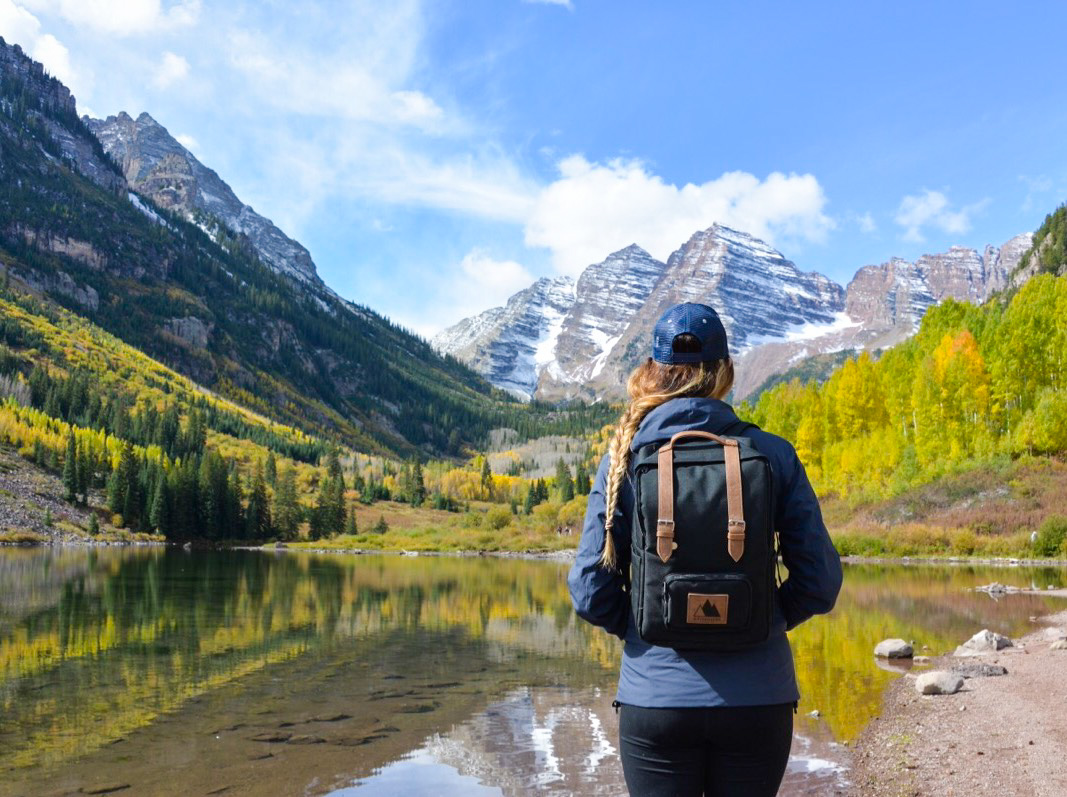 To purchase a backpack or learn more about the company’s mission, visit Adventurist Backpack Co.’s website.

To make a donation to Feeding America, click here.