Review – The Advanced Placement Tour Was All Emotion

On Saturday night the Marquis Theater played host to a star-studded lineup of some of today’s finest heartfelt music.

The three acts were not bound by genre, but the depth of feeling expressed by each linked the somewhat disparate set of performers. It was anyone’s guess which of the three — Mikky Ekko, NomBe and Mansionair — would headline the show, as each group was top-billing material. As it played out, Ekko opened the night, followed by an inspired set from NomBe with Mansionair closing out the night in rather somber fashion.

The sold-out crowd was rather reserved, though it seemed that the music was penetrating the audience on a deeper level. People were too busy absorbing the sentiment to be too concerned with dancing. That isn’t to say people were entirely austere, but the focus remained on the content of the music first and foremost. 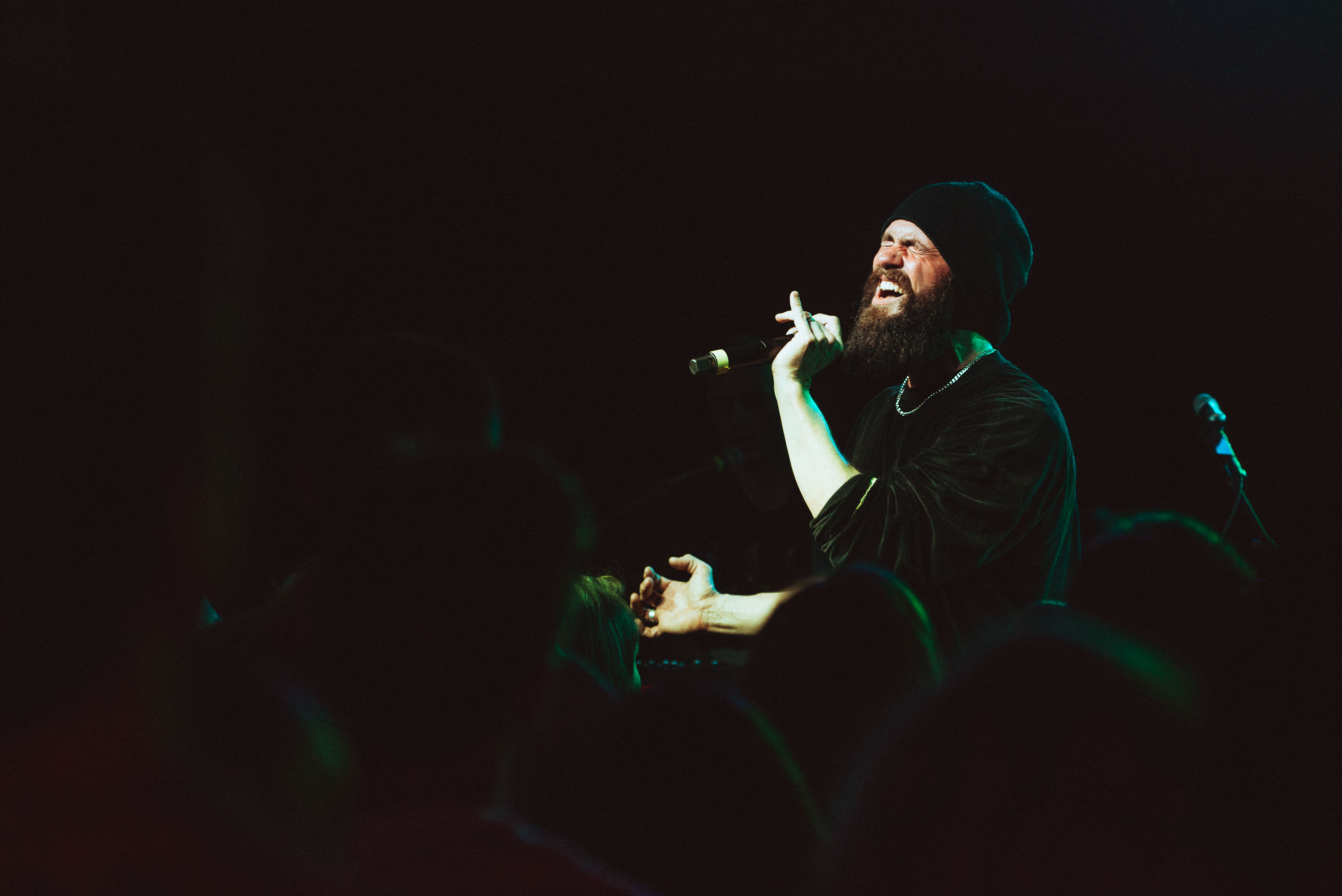 Mikky Ekko’s stage persona was somewhat surprising considering his vocal style. The Nashville based singer-songwriter is known for high pitched, melancholy vocals set against an inspiring indie-rock backdrop. When he hit the stage, clad entirely in black, with a low slung beanie and a gigantic beard there was a moment of disconnect trying to reconcile his almost hip-hop style and the music he crafts. Aesthetic wonderment aside, the man was a truly engaging performer. He lovingly shouted out his tour mates and made an equally sincere, if a little overzealous, declaration of affection towards his many fans. At the end of his set, he leaped into the audience and toured the crowd singing his Rihanna duet — of which he penned — “Stay.” People were moved.

NomBe followed suit with the best and most popular set of the night. Despite it being his third time playing in Denver in a two-week span — he opened both nights of alt-J at The Fillmore earlier this month — the people were out in force to catch his genre-bending set of odes to the women in his life. Playing from his acclaimed debut They Might’ve Even Loved Me, he and his two bandmates extended the songs with added breakdowns and impressive soloing. He told several stories, including one about the time he received a call from Pharrell. The super-producer was on the phone to request that he be allowed to use NomBe’s hit “Can’t Catch Me” as the theme song for his HBO series Outpost. The singer joked that he initially refused, doing his best to cultivate an air of cool. Nobody was fooled — nobody remains completely cool during their first call from Pharrell.

Australian indie-rock trio Mansionair closed out the night to a considerably thinned crowd. The dancey melancholia seemed particularly bleak cast directly against NomBe’s contagious energy. Despite there being less than two-thirds of the audience still intact, the boys from Sydney still gave it their all. Unfortunately, the stylistic arc of the evening had taken a plunge. This isn’t to say the music fell short, nor to suggest that the group in any way lacks the talent of their touring peers. However, a different trajectory may have positioned the band to receive more appreciation.

Even with the early crescendo of the evening, the show was deeply felt. The three acts on display are all clearly going places, so being able to catch them all in one place was a treat. And while the diversity of the music ultimately ended up being a letdown for some, others relished the opportunity to mix it up a bit. In any case, nobody left without having their heartstrings gently pulled.