2004 is calling and it wants you to know that pop-punk is here to stay. Summit Music Hall is known for supporting punk and has brought in acts like Say Anything and Bayside recently. It is no surprise then, that last night they hosted Reggie and the Full Effect and Senses Fail. The bands filled Summit with all ages of fans screaming words from albums both new and old.

The opening acts Household and Have Mercy helped kick things off as a flood of fans filtered in. Shirts reflecting the era and version of punk that the individual wearing them favored were on display. Signs hung all over the room warning the patrons of the dangers of moshing and crowd surfing sparked curiosity in whether or not the message would be followed. The merch booth contained anything an avid punk enthusiast would need, from vinyl to tote bags. 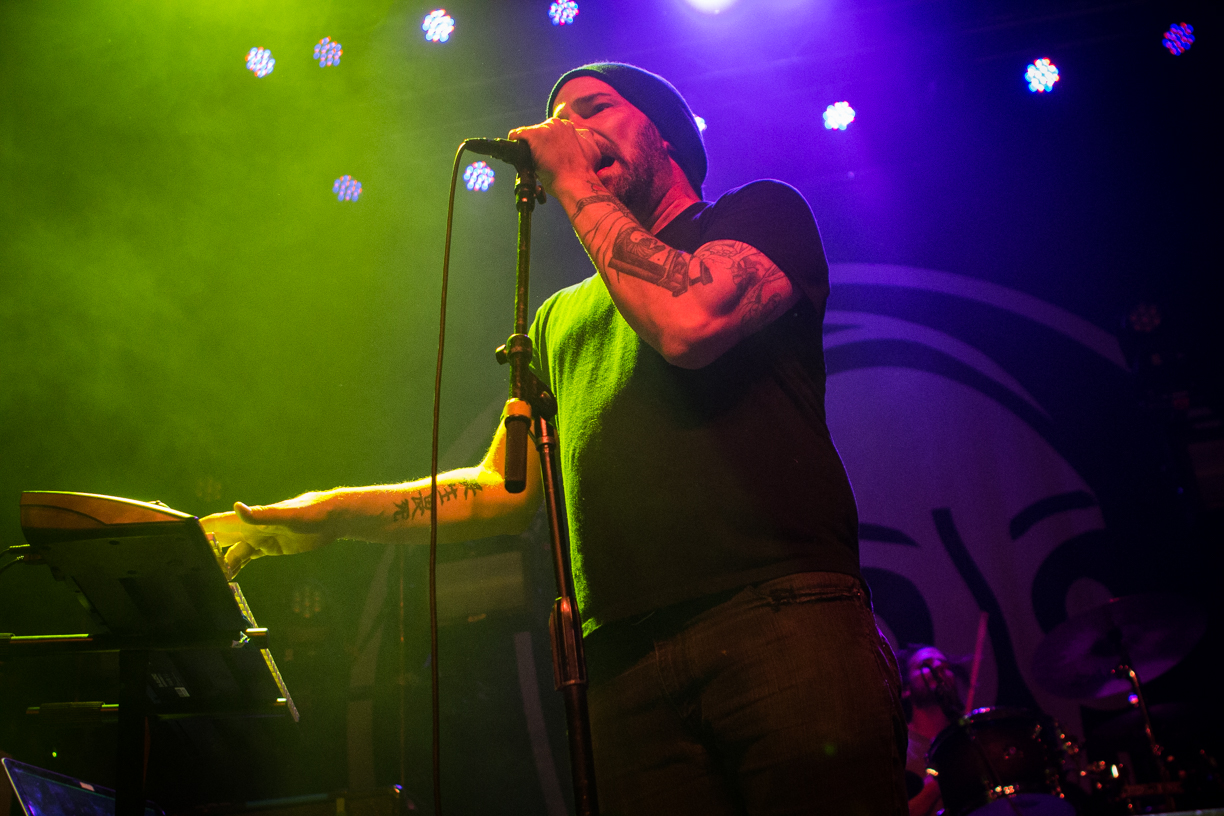 Dewees of Reggie and the Full Effect

Reggie and the Full Effect is the solo project of James Dewees — the keyboardist from bands like The Get Up Kids and Coalesce. Dewees rocked the pop-synth tunes with as much power as when he first started the project back in 1998. “This song’s about the Loch Ness Monster getting a fucking divorce,” Dewees described one of his tracks. The crowd moshed, banged their heads and screamed along to the catchy choruses.

“My buddy, Buddy is going to come up here and play for you in a bit,” Dewee said of James “Buddy” Nielsen, the creator of headlining band Senses Fail. But first, he dove into performing off the new album, 41. The emotional new album came out this year — 20 years after the band’s origination — and was met by positive reviews in the community. The showcased songs last night were as well. The band’s final song, however, “Get Well Soon,” was easily the most celebrated of the night. During the intermission, the crowd was just as hyped for the soundtrack that blasted as the stage setup was transferred to the main act’s equipment. My Chemical Romance, Sum 41 and Taking Back Sunday kept the theme of the night running high. 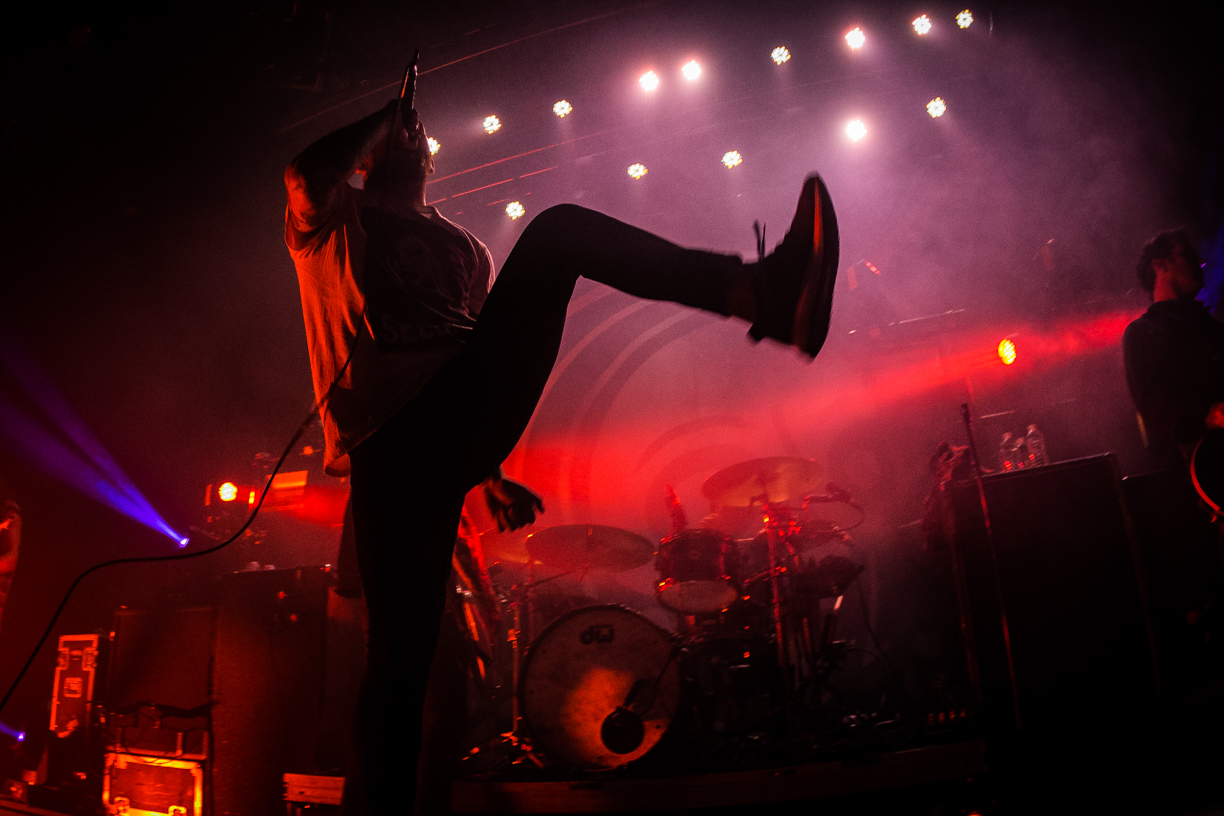 Just after 10 p.m. Nielsen and the rest of Senses Fail sprinted out to the center of the stage, their iconic, hooded skull logo hoisted high behind them. The band burst into the first of their set with force and took on the night like a powerhouse. Each song picked up quicker than the last. Lead singer Nielsen stole the spotlight not with his voice, but with his eccentric cartwheels and high leg kicks.

“There are a lot of cities you have to play to get to play here,” explained Nielsen about performing in Denver. “And when you get here, it’s like fuck yeah!” Nielsen then took us to a solemn place, explaining his latest album, If There Is Light, It Will Find You.

“Our new album came out about a month ago. It is about my wife almost dying in childbirth. My wife has Multiple Sclerosis and this album is about that and what I should do with my life.”

Nielsen shouted the names older favorites like “Lady in a Blue Dress” and “Buried a Lie.” This was to alert the crowd so they could prepare. The tempo slowed down and the crowd even stopped moshing for “Between the Mountains and the Sea.” However, the slower momentum picked back up again and the fast-paced show reinstated. 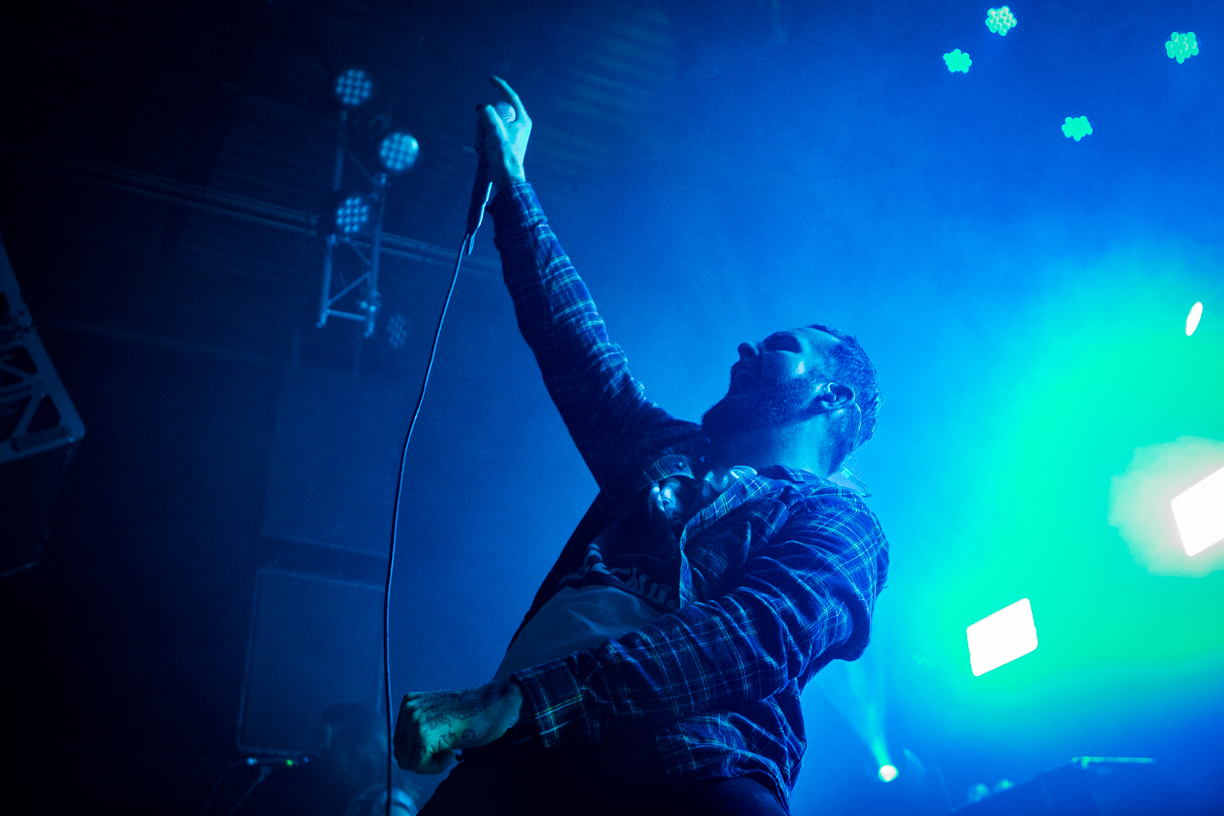 The sweaty bodies and hoarse voices of the attendees were proof that the performance had satisfied the loyal followers. The long lifetimes of these bands do not appear to be expiring soon. The pop-punk community is grateful to Summit for the opportunity to see their favorite bands. It’s clear that Denver will keep showing up.

All photography by Kenneth Coles. Check out the full album here.