Red Rocks’ Local Set Dinner Goes Out With a Bang

When one imagines nighttime at Red Rocks, one probably pictures a cool summer breeze and perhaps an occasional rain burst while their favorite musician jams at the epicenter of those famous monoliths. They aren’t wrong, but what if we told you that you could treat yourself to a buffet-style dinner, hors-d’oeuvres, dessert bar and backstage tour of Red Rocks all while treated to the sounds of local bands? Late last year, Red Rocks Amphitheatre introduced a new special event during the winter months titled Local Set Dinner. The soirée, in short, is a seamless dinner and show that highlights local bands by giving them the opportunity to play Red Rocks while also providing an event for Coloradans to get their Red Rocks fix even in the offseason.

The night began with a round of hors-d’oeuvres to the sight of tables lit by candlelight and the massive sheetrock protruding into the dining room. A sparkling purple light illuminated the rock face for the night’s openers Many Mountains. Volleying their boy and girl vocals back and forth over acoustic guitars, the duo created a soothing ambiance as the buffet-style dinner was revealed and people gathered in the dining room to eat. Over an array of southwestern comforts like honey chipotle chicken, cilantro–lime rice and cheesy green chili scalloped potatoes, people conversed in hushed tones, inviting the music to envelop the space. 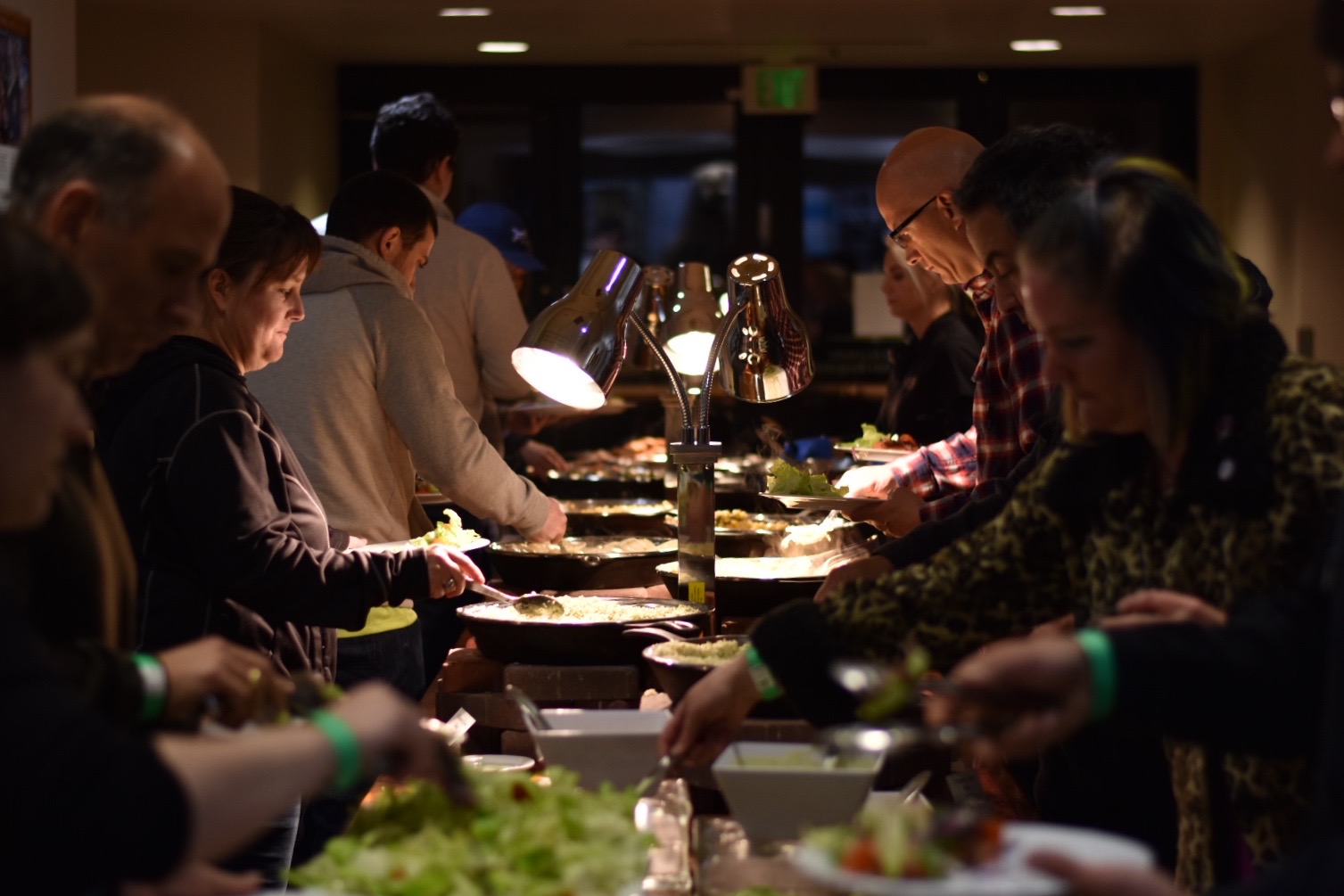 As Many Mountains concluded their set, the adjacent room opened up to the sight of a full dessert bar and a larger forum to catch the headliner of the night — Miguel Dakota and the Differents. Brownies, miniature churros and crème brûlée cups gave way to popcorn and ice cream as we settled in the seats around the larger stage. Miguel Dakota, resembling a long-lost member of Fleet Foxes, had at an earlier point in his music career been a finalist on “America’s Got Talent.” His reincarnation alongside the Differents was a testament to his raw talent and artistry. The band delighted the audience with originals and covers in the intimate space. Covers like Chris Stapleton’s “Tennessee Whiskey,” felt genuine and even gave the original a run for its money, while the band’s original songs like “Marigold” packed even more of a punch. 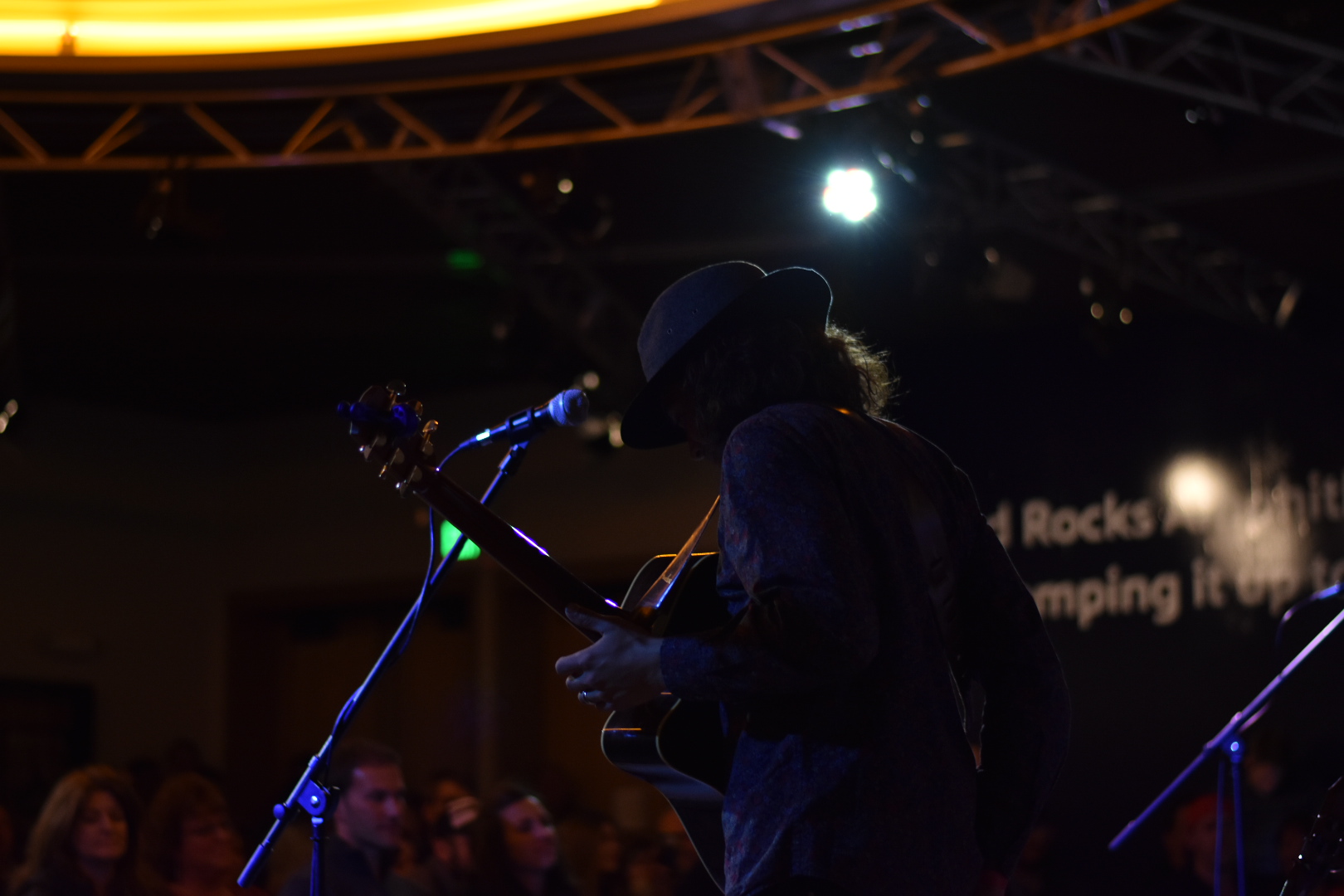 As Miguel Dakota and the Differents closed out the performances for the evening, attendees were given the option of a backstage tour of Red Rocks for a small extra fee. Winding around the halls etched with the signatures of famous musicians, from Led Zeppelin to Flume, the history of Red Rocks unfolded before us. The artist greenrooms and food hall, all miraculous built into the rock itself, shed new light on the work that goes on behind the scenes to make such iconic concerts a reality. While it wasn’t as grand as a typical Red Rocks night, Local Set Dinner succeeded in giving the amphitheater a true sense of intimacy — an aperitif of sorts for the jam-packed season to come.

The March 10 edition of the Local Set Dinner was the last one of the season until it returns in November of this year. Announcements and dates are forthcoming. 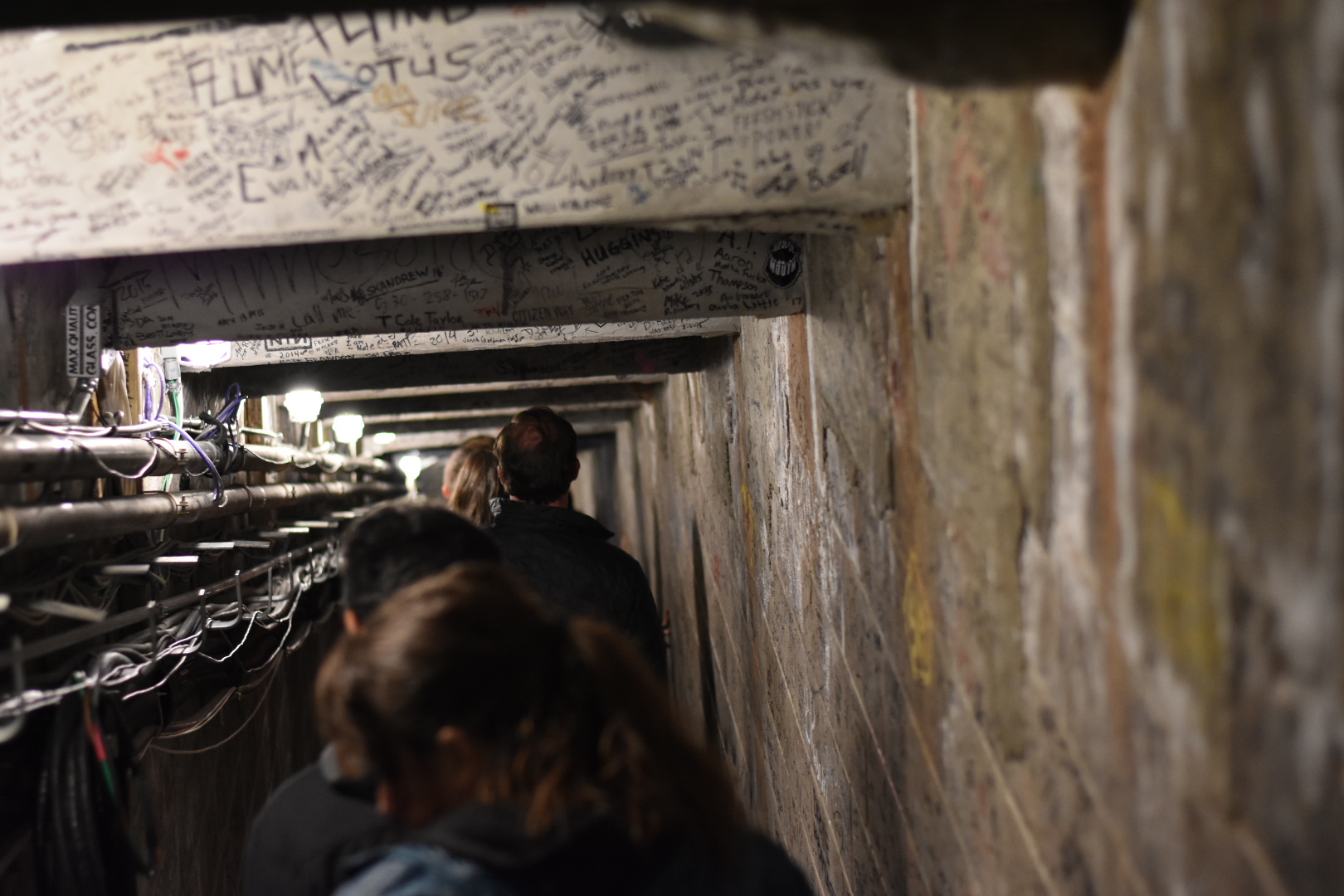