Kyle Emerson is pleasant to the eyes and the ears. His wavy brown locks frame his strong facial features similar to that of John Mayer — at least that’s what one drunken fan told him after a show in Fort Collins. Growing up in a nondenominational church, gospel songs were his first experiences singing and playing guitar. With inspiration from artists like Bob Dylan and John Lennon, he writes about the complexities of love and love lost. He’s almost too genuine — in his songwriting, in friends, in strangers and in life. His most recent album, titled Dorothy Alice after his late grandmother, is melancholic yet pure and healing like getting over your first heartbreak. Omnipresent lyrics ring out — “love is a line, connects space into time, in my mind. Friendship dies. Lose your mind.” Emerson sat down with 303 Magazine to discuss making his premier album, moving around the country and his plans for this year. 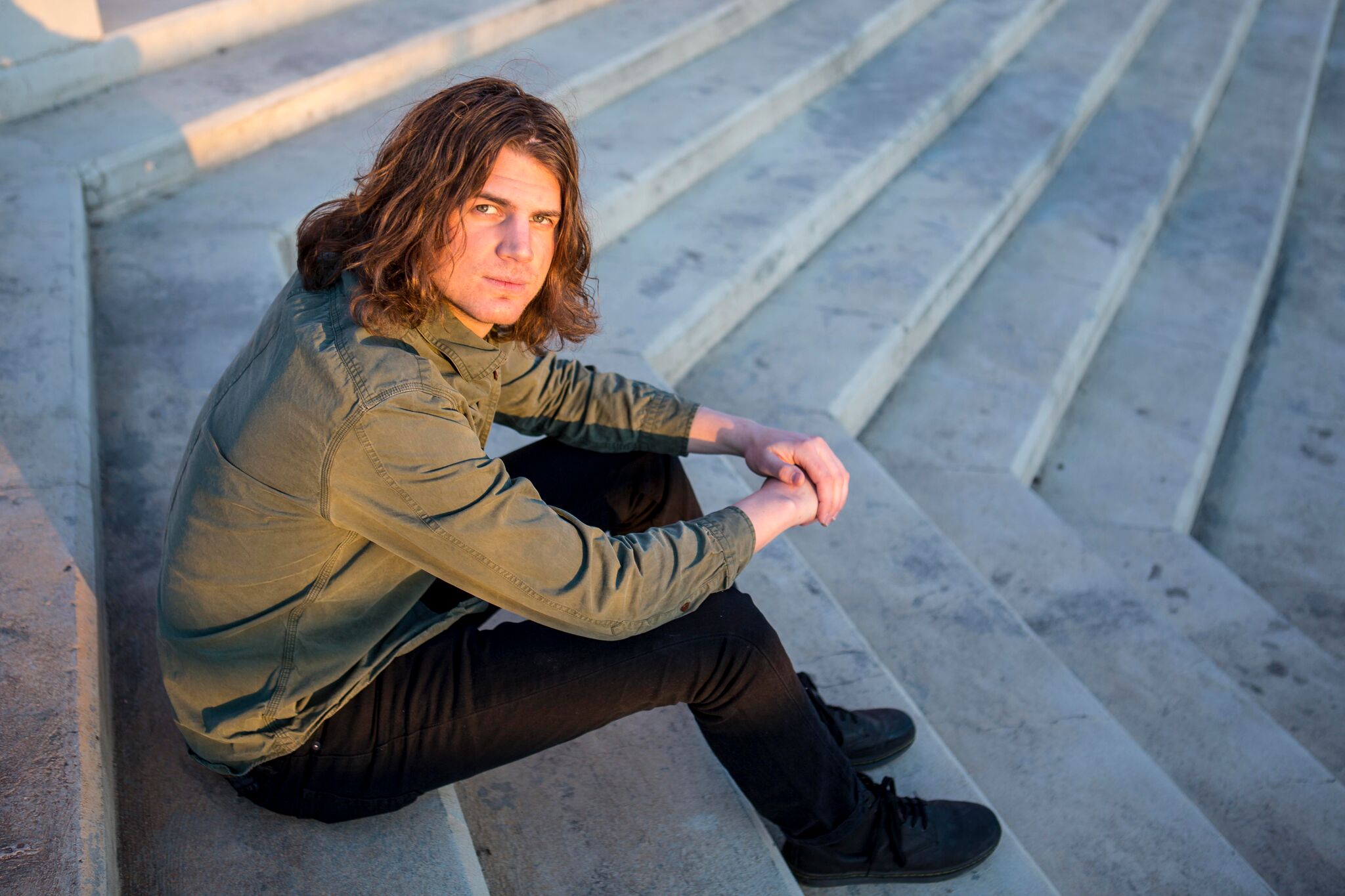 303 Magazine: Tell us about your history with music.

Kyle Emerson (KE): I learned how to play most instruments through church. I played guitar in youth group in high school, and then post high school I was no longer really a part of the religious thing. But I think when I was 15 I started my first band and that’s when I first started writing songs. I just kept doing it since. I’m from south of Detroit. The first band I was in when I moved to Denver in 2014 was a band called Plum. We moved to Los Angeles and when we broke up I moved back here, which was about a year ago.

303: Do you find a lot of inspiration from your hometown or childhood experiences?

KE: I don’t necessarily find that the location geographically is very influential in what I do. It’s really flat. So that area has very little to do with what I’m doing now but I guess you can’t really fully understand how your roots affect you. But I think more than anything just growing up in the church, that was pretty influential, a bunch of people sitting together and singing. We were non-denominational — my parents were part of the Jesus movement of the seventies. I’m not religious now. I think I was a little angry and bitter for a minute, but I’m at peace with it now. People are into what they’re into, as long as it doesn’t negatively affect someone else, I think it’s their prerogative.

READ: 10 Tips For Your First Music Recording Session From a Local Pro 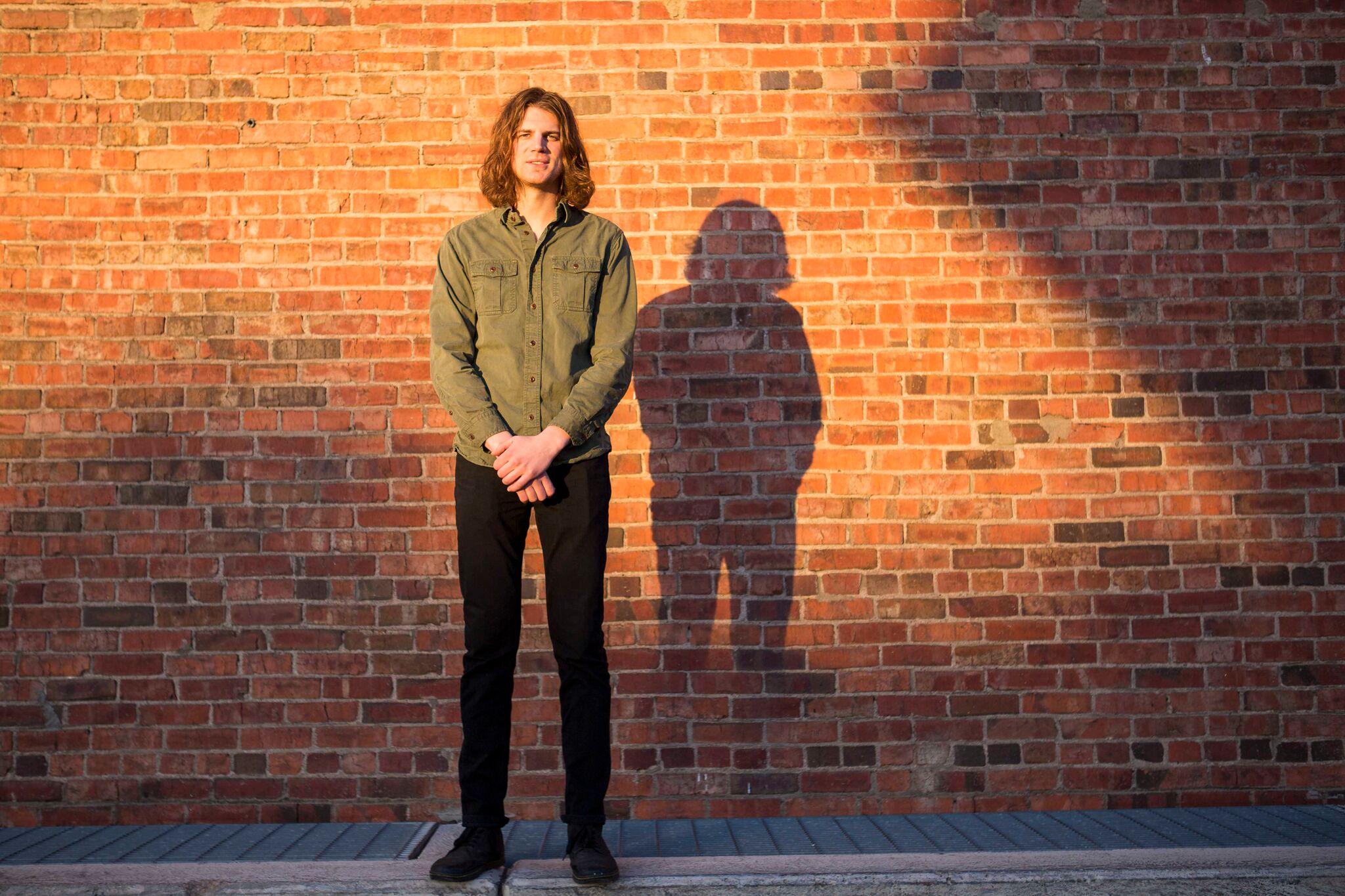 303: Tell us about your newest album Dorothy Alice.

KE: So I decided to leave the band Plum and I was living in a studio apartment in Highland Park, a neighborhood in Los Angeles. I was working at a pizza shop two days a week and just literally spending the rest of my time writing music. And I wrote the record in about six months. I moved back to Denver at the end of 2016, and I recorded it in a month and then that was it. It was a very quick process of pretty much writing and recording and just throwing it together once I got back here.

Dorothy is my grandmother and she’s the person who bought me my first guitar, she was a music teacher as a profession. She died in 2015 — she was like 93. She would always talk about wanting to die and go to heaven, so super morbid and funny about it. I guess it was about dealing with the first significant relationship and what it’s like to deal with that loss.

303: What about the process of writing it?

KE: The process of writing this record or deciding to write this last record was not necessarily about my grandma. I think that there are chapters in your life — you’re starting relationships and you’re losing relationships or friendships or whatever.

I just ended up the furthest from home than I had ever been without any identity and I was realizing that I was leaving a chapter in my life. I broke up with the band and my girlfriend in a matter of weeks. It was very tumultuous, and what I decided to do with that, instead of going crazy and partying or something like that, I isolated myself to deal with this stuff. I wrote songs about my relationship with my dad and my relationship with the guys in Plum, with my grandma, with ex-girlfriends, people I grew up with and things I had felt about what it was like growing up in the church.

It was just sort of like a way to close a chapter of my life and move on and feel like I actually dealt with the things rather than letting them linger. I feel like it’s a common thing to hear records like that where it’s someone’s last decade or something like that, and they’re just writing about all of it and it’s just as hopefully therapeutic for them as it is for the listeners. Oddly enough, I think after you make a record like that, there’s a moment of what do you write about next because I haven’t had another grandma die or you know what I mean? 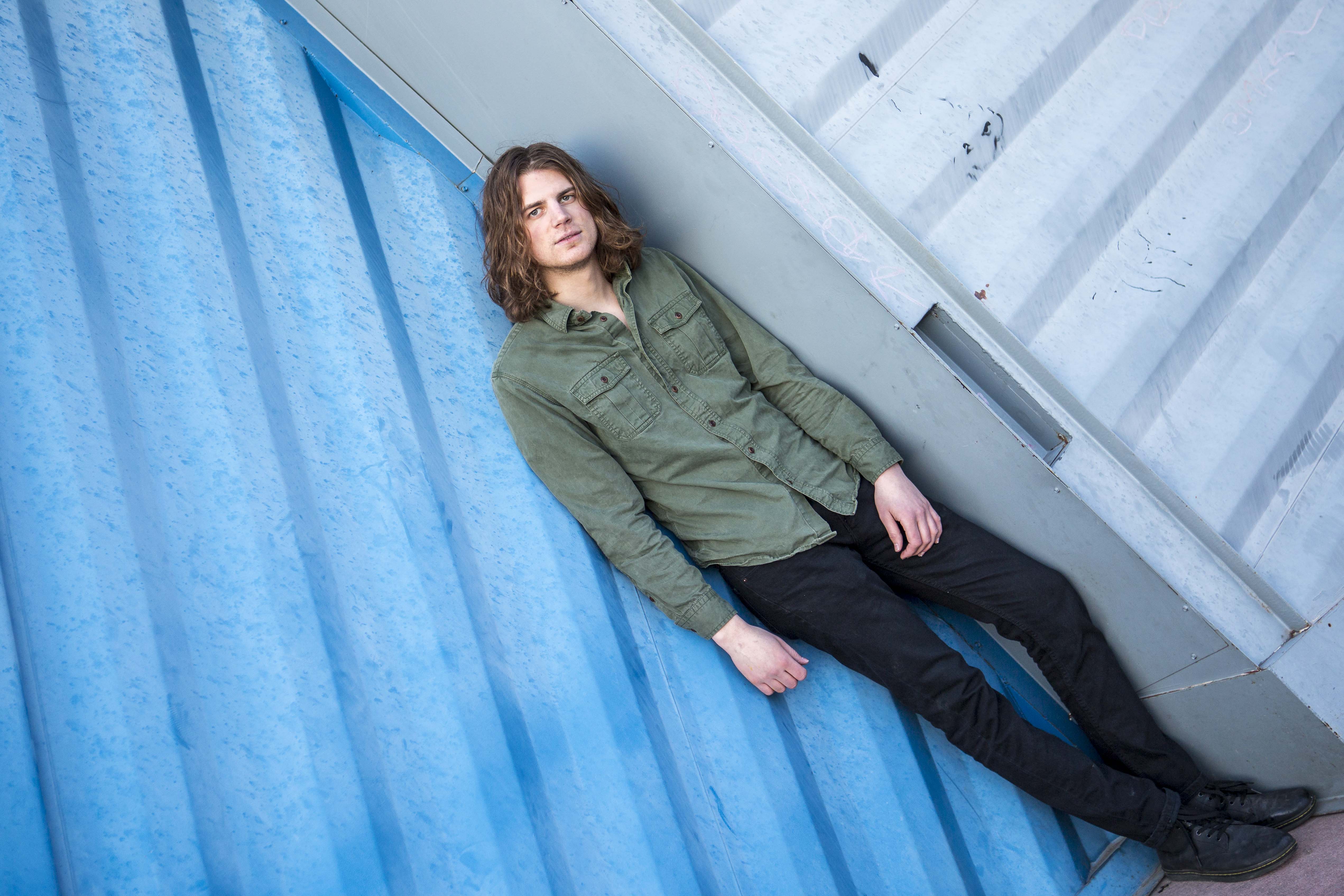 KE: I’m writing the next record. We’re actually going into the studio next week to record the basic tracks for the next record. It’s definitely more of a full band record. I’ve surrounded myself with oddly enough, my four best friends, which I didn’t really see coming, but it’s going to be more layered. We’re still doing it live to tape, which is exciting too, just how we did the first record. There was a conscious goal of this next record to kind of be like when we play a dive bar, there will be way more moments for people to loosen up and kind of lose themselves in the music.

KE: It’s very communal and supportive and not very competitive at times for the most part, in a good way. There’s definitely a vibe that if you start to do well, there’s a lot of haters and that’s when it starts to feel competitive, but for the most part, everyone’s willing to share their resources and their connections so that we’re all kind of moving forward together. I don’t have a whole lot of experience with different music scenes — LA seemed to have pockets.

This interview has been condensed for this article. All photography by Amanda Piela.