The Prison Yoga Project Kicked off in Boulder This Year

Inside a dimly-lit, wood-floored room in a building not much bigger than a convenience store in North Boulder, Christine Harrell has a pen in hand and is taking notes alongside her 34 other classmates.

It’s the final day of a three-day course, but it’s not a typical class on economics or history. Harrell and her classmates are the newest members of a group of more than 1,400 yoga teachers to complete the Prison Yoga Project (PYP) training with the hope of bringing yoga into the lives of unserved populations like prisoners.

“Prison and jail [are] very close to my heart. My brother and my father, especially my brother, have been in and out of the jail system,” Harrell said. “Through yoga, I want to give back to my community. I want them to have another way to face this outside world.” 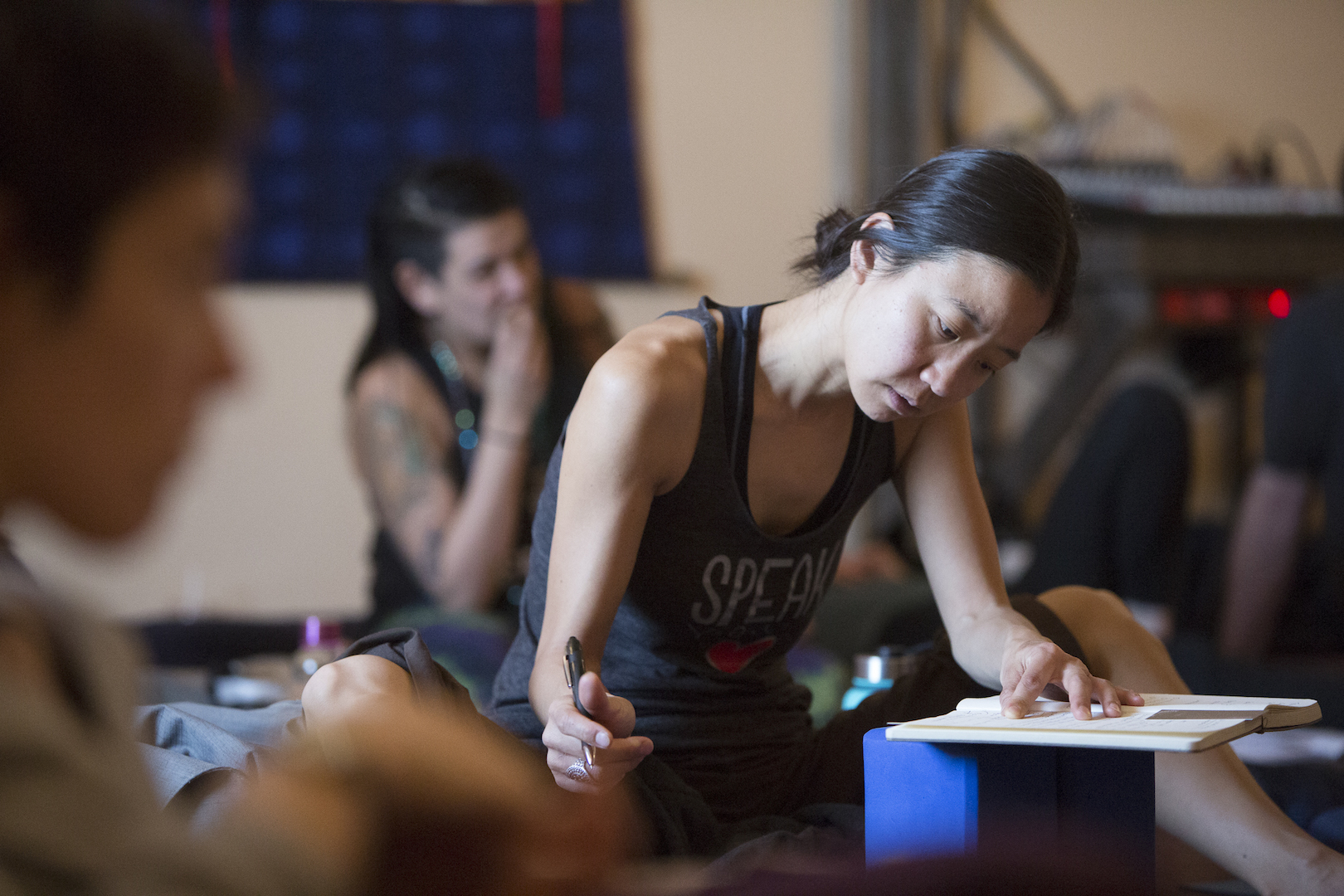 Yoga teachers attending the Prison Yoga Project training class in Boulder on March, 4, take notes during the first hour of the class.

The class, which is hosted by PYP founder James Fox, is the first of 11 special trainings offered worldwide this year to yoga teachers. The goal is to give back to prisoners by teaching them yoga and mindfulness skills with the idea that prisoners who take the class will learn how to not react to situations blindly.

“Our job is to help provide people with tools and skills that they can use to deal with the impact that their lifestyles have had on them, including the trauma they’ve experienced in life, and to help them rehabilitate,” Fox said.

Currently, the PYP teaches classes in more than 260 jails and prison in 25 states. Twenty of those are in Colorado.

Yoga classes in the prison setting are much different than their studio counterparts. PYP’s methodology for teaching yoga in prisons is more focused on understanding the trauma prisoners experience and the impact yoga has on their lives. That differs from public yoga classes, which are more focused on the physical aspects and not so much geared toward the mental and the emotional.

Fox understands that most prisoners come from backgrounds of trauma. He said yoga teachers like Harrell who want to take yoga into the prisons need to be aware of this.

“Most yoga teachers have never had the experience of going into a correctional facility, and it’s a completely different world,” he said. “You may not be welcomed with open arms by some of the custody staff, so it’s really important to not take it personally and to understand that they have a job to do.” 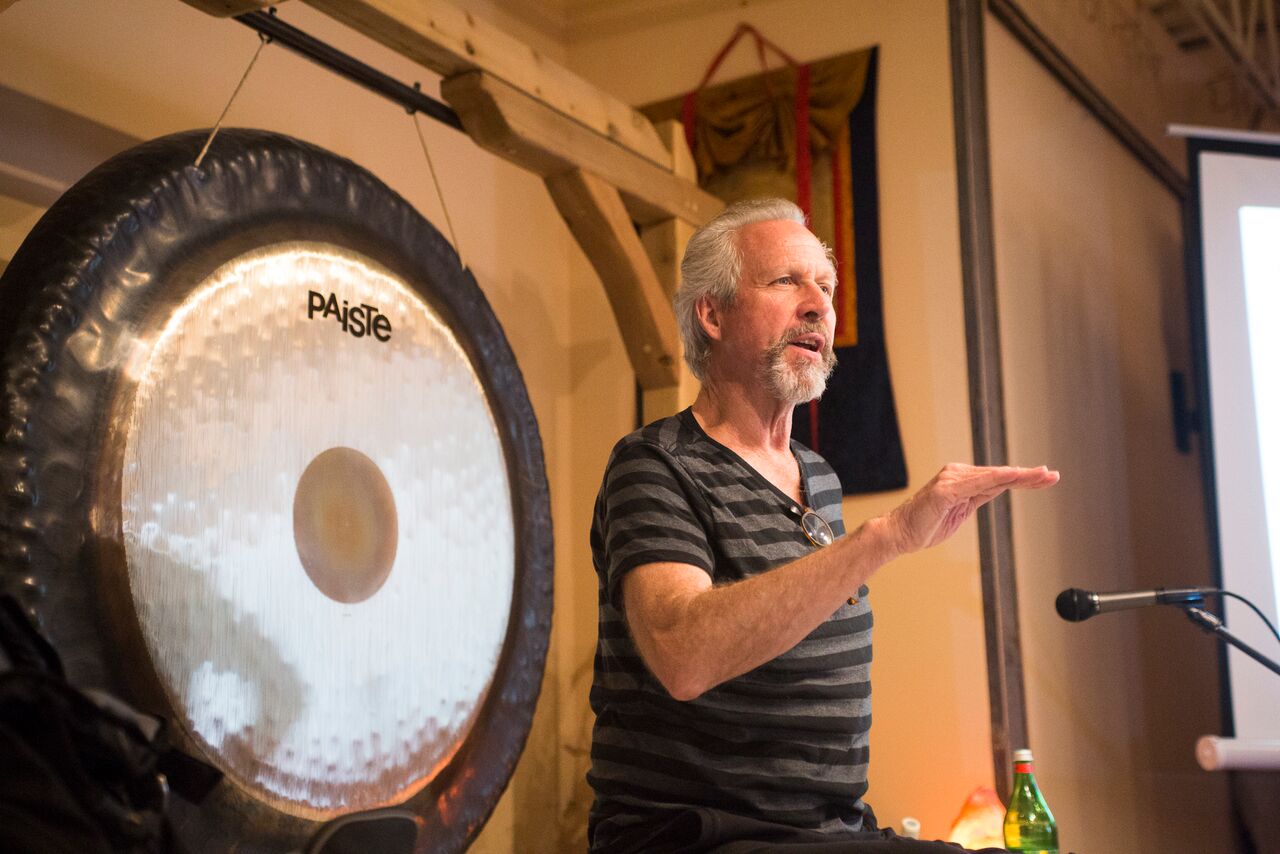 James Fox, the founder of the Prison Yoga Project, teaches a three-day class in Boulder, Colorado, on March 4, 2018 for yoga teachers who want to bring yoga to prisoners.

In order to teach yoga in a studio, yoga instructors must become 200-hour certified. That means that they have completed 200 hours of teacher training all at the same school. Teaching yoga in prisons has that same 200-hour requirement, but Fox makes exceptions in the interest of the prisoners. He believes that they can benefit from social workers and therapists who might not have that 200-hour certification but have committed yoga practices.

“They work with this population. They work with them in the prison and with them once they get out,” he said. “These therapists or social workers I make an exception for because they understand the mindset and the behavioral stuff.”

Prison yoga teachers are not compensated. They are all volunteers, so it can be difficult to consistently maintain a routine class. Some teachers have to drive hours to and from the prison they are teaching at. So those who truly want to give back to the prisoners have to find a deeper connection with their relationship with yoga if they want to be successful.

“Yoga is about service,” said Robert Schware, the executive director of the Give Back Yoga Foundation, which is the fiscal sponsor of the PYP.

He said his vision for programs like the PYP is for yoga teachers and yoga therapists to take their skills and knowledge off the mat and out of the studios to work with marginalized and vulnerable populations.

“At some point in a yoga teacher’s training career, it could be six weeks, it could be six months or it could be a year or more, they wake up to this realization that there has to be something more to teaching yoga in the studio,” Schware said.

Harrell, who is a 500-hour yoga teacher, recently had this realization. So she packed up her bags, bought a plane ticket, applied for the PYP scholarship and traveled from Virginia to Boulder to be a part of this training class.

Because she has such a close relationship with prison, she wants to take what she learned back to Virginia and start teaching her own prison yoga class. She said her biggest challenge is finding a way to make the prisons take her seriously enough to consider implementing a yoga class for their prisoners.

“The East Coast is five years behind the Midwest and seven years behind what the West Coast is doing,” she said. “I want to put this thing called yoga into my community where it’s needed and I want to see it blossom.” 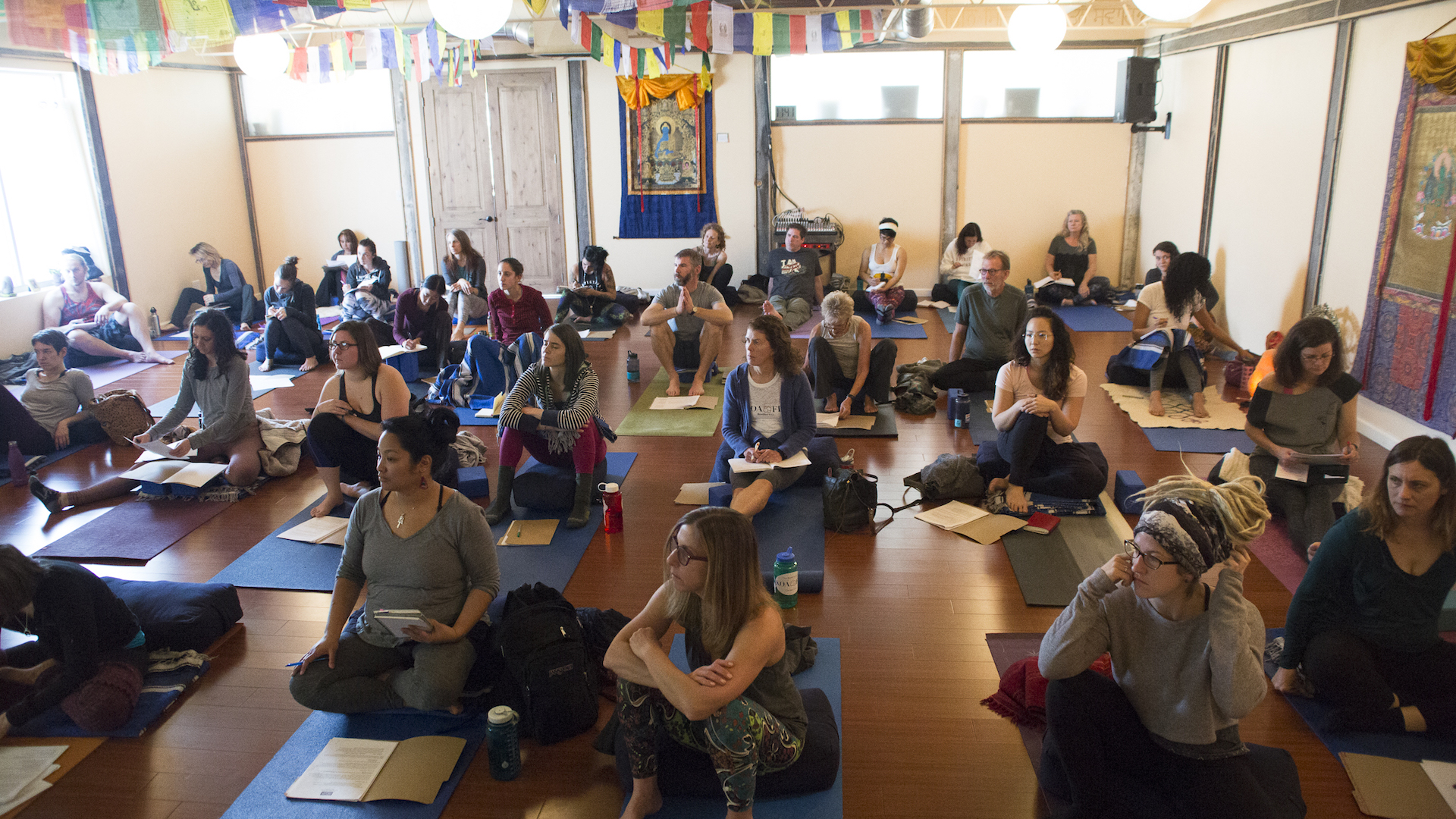 All photography by Emma Pion-Berlin.