By every indication, Jeff Osaka does not sleep. The prolific restaurateur has enjoyed a long and busy tenure — putting in the work to become an important fixture of the city’s dining scene. With many openings and closings, the man has been tinkering, reshaping and revamping his concepts since he first opened the original 12 at 22nd and Larimer. Originally from LA, he arrived in Denver in 2008 with the specific intent of opening the downtown concept. He has since expanded to five current venues — Osaka Ramen, Tammen’s Fish Market, 12 @ Madison, and two — soon to be four — Sushi-Ramas. When we met with him, he was getting his hands dirty — never too busy to hit the kitchen and get on the line. 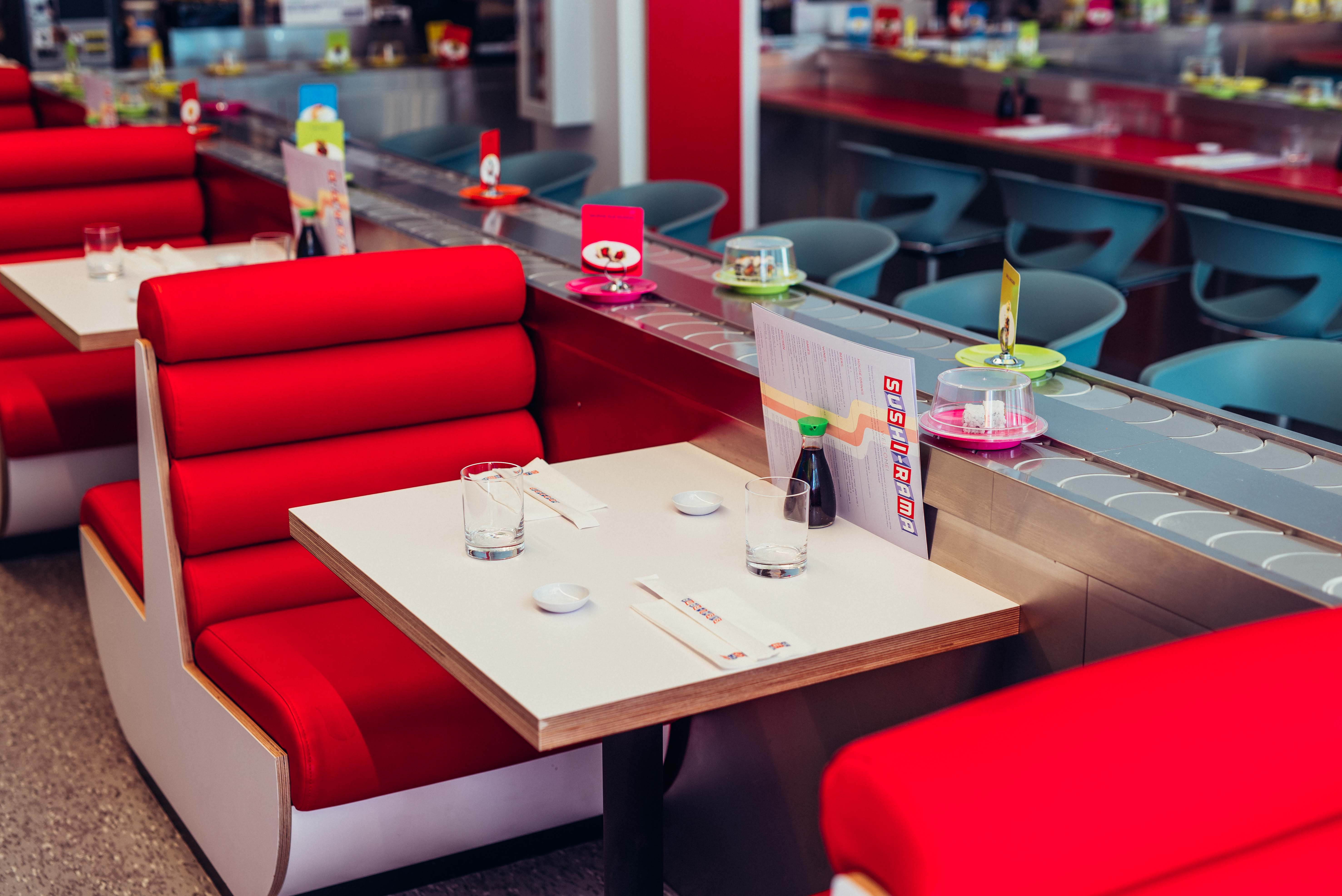 Last Thursday he opened the doors to a new Sushi-Rama at Belleview Station. Already home to Los Chingones and Corvus Coffee — amongst others — Osaka described the bustling hub as a “mini-RiNo” in the heart of the Denver Tech Center. The new location expands the original concept — its first incarnation a 24-seat version on Larimer — to a 74-seat ode to fun and expedience. The bright interior is immediately eye-catching. Color-coded plates snake around the entirety of the restaurant — small booths flank the outside and convenient countertops attract the diner on the go. The spacious room also updates the formula by including a full bar. The belt features a total of 40 rolls and nigiri, with prices starting as low as $1.50. 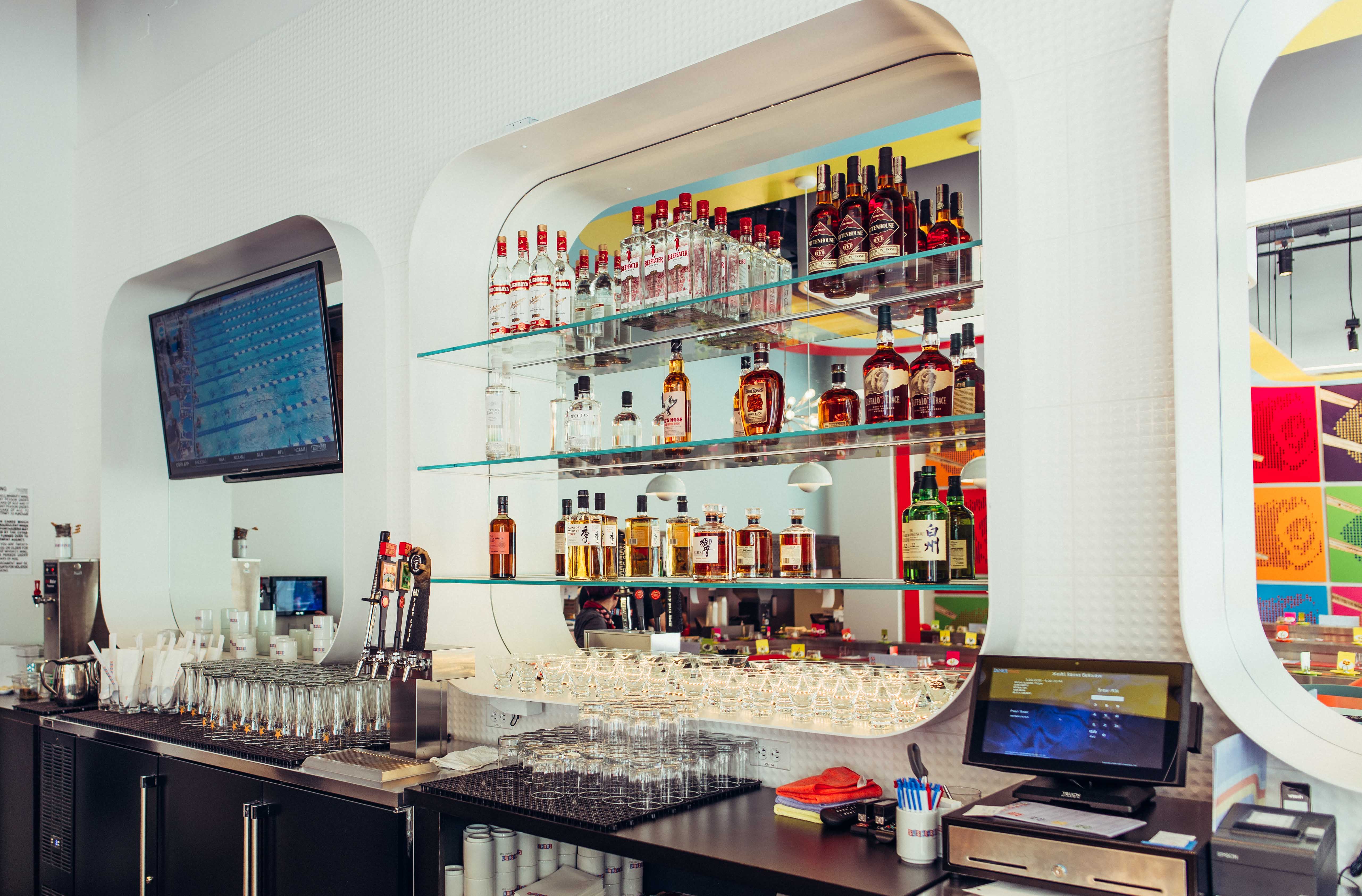 The degree of automation Osaka employs is astounding — though he assured us that the technology is nothing new. To ensure freshness, each plate has a microchip on the bottom that causes the plate to be knocked from the assembly line if it is not picked up within 90 minutes. Though the health department allows a whopping four hours of exposure, Osaka and his team feel that maintaining true quality is more important than simply following protocol. In any case, the growing crowds seem to be doing a good job making sure little fish is wasted — swiping up plates long before their expiration. 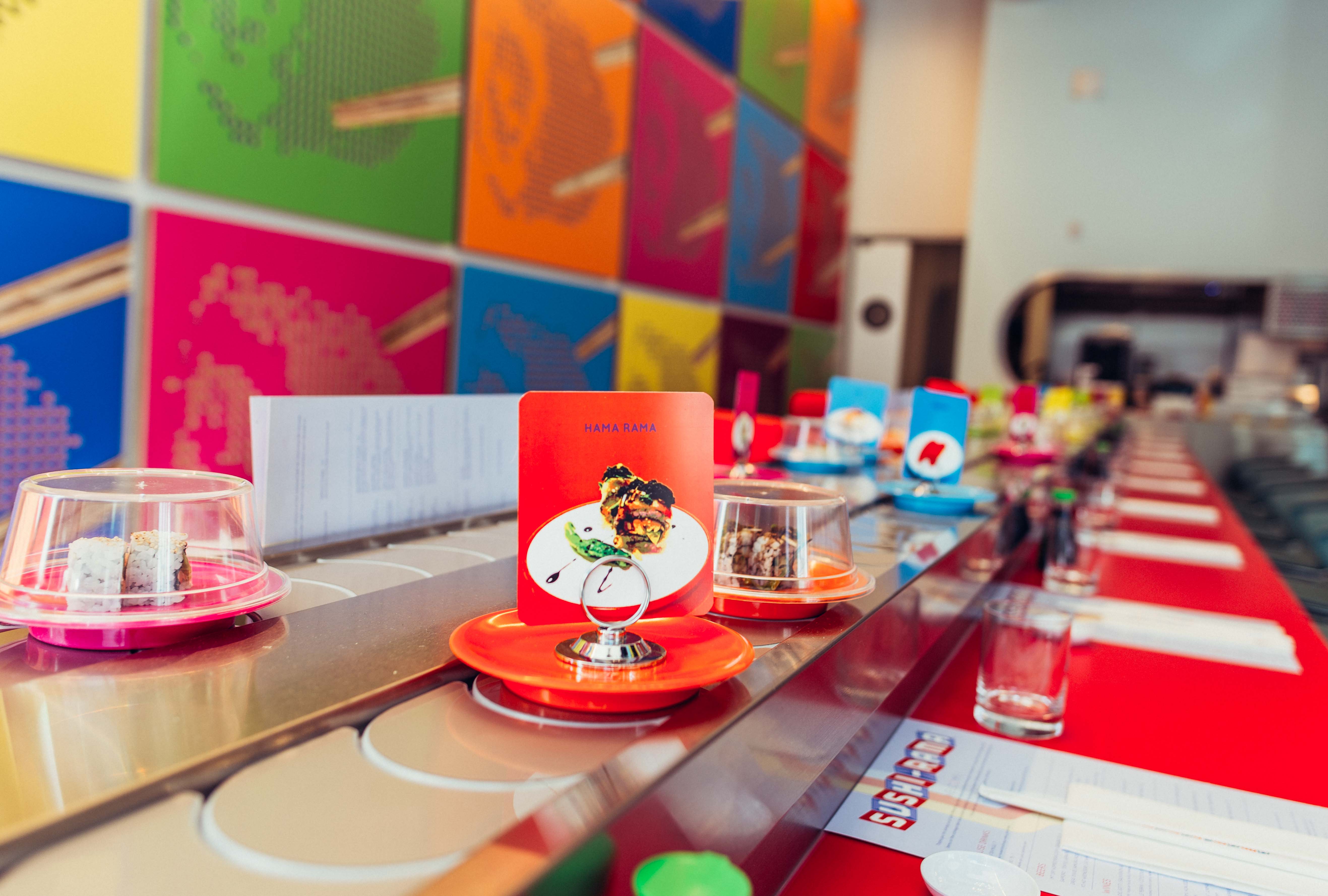 The Belleview location is perfectly suited for the DTC’s massive and often hurried lunch crowd. “The way we stand out is you can start eating right when you sit down,” noted Osaka, musing the fact that the average dining time at lunch is roughly 20 minutes. Though he said he’s seen someone finish as fast as 13.

To further convenience customers the site offers four “Rama-boxes”, ranging from $12-16. The Rama Box 1 ($16) features an assortment of rolls — including the signature angry tuna and hama rama — hamachi, maguro, salmon and unagi nigiri, and the oceanic sunomono salad. The box is both elegant and filling.

The ever-busy chef plans to open a 65-seat Lone Tree location in two months, with a grab-and-go variation arriving at the DIA Central Market in July. There are even talks of potentially taking the concept out-of-state, to smaller outposts like Dallas and Kansas City. “Sushi is mainstream now — pizza, hamburgers, sushi,” said Osaka. He believes the expansion is a sure-bet. “This is a brand we believe in. It’s very rare we see an unsatisfied customer,” he said. With his heavy focus on top-quality fish and memorable ease, it appears that all the hard work is sure to pay off.

All photos by Alden Bonecutter.