The “Happy City” Artist is Bringing a Hug Huddle to Denver

Winter can even get the most avid snow bunnies into a funk. Sure, Colorado enjoys more sunny days than overcast ones, but the struggle of cold winds, bare trees and long nights are real. On top of the seasonal mood swings, it seems like everyone needs a few more excuses than normal to feel happy recently. That’s part of the reason why UK artist Stuart Semple creates over-the-top installations and events that aim at heightening happiness. And he’s coming to Denver with a series of artistic enterprises he calls “Happy City: Art for the People.”

Before he arrives on May 18, 2018, to transform Denver, Semple will bring together Denver and London in a “simultaneous moment of connection” by leading both cities in a “hug huddle” on Monday, March 26. What’s a hug huddle you ask? Free hugs from strangers in a common area, where everyone around you is hugging someone else too. Semple will be in London, gathering Brits at Potters Field while Denverites are to congregate at The Galleria in the Denver Performing Arts Complex (DPAC). The hug will happen between 10:30 and 11:30 a.m. Broadcasting both gatherings on live feed allows for those at work or curious onlookers beyond the cities to enjoy online. 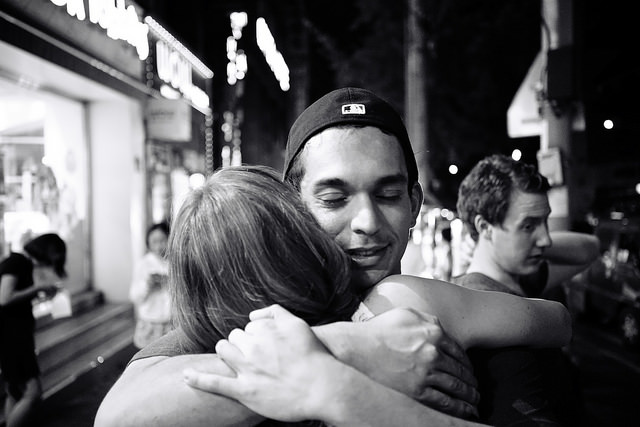 Semple hopes that the hug huddle is an uplifting experience for everyone involved and even those who hear about or see it. According to the Denver Theatre District, “[Hug Huddle] is a statement of empathy and tenderness and holds poignancy in a world that is increasingly divided.” It’s a way for Semple to also prepare Denver ahead of his massive plans for the summer “Happy City” concept and to illustrate that his artwork is about more than beautifying a place. Most of his inspiration comes from breaking down the elements of unhappiness — separation, detachment, loneliness, fear — and building people back up with silly but important acts of kindness and joy.

Some of his previous installations to incite widescale happiness include Jump in Australia— a huge bouncy “cloud”— and in 2014 he released thousands of “HappyClouds” over Moscow. “HappyClouds” are soap-based smiley faces that float into the sky like balloons and they’ve been released in London, Italy, Ireland, Australia and soon to be Denver. 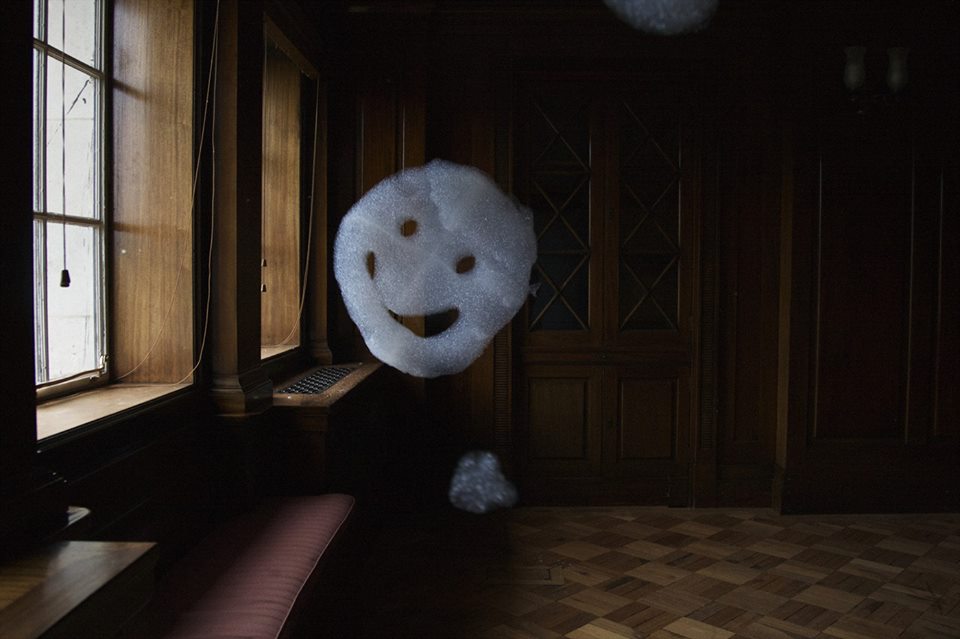 The city-wide “Happy City” project (taking place May 18 to June 10) features more than five individual creative “interventions” for the public to involve themselves with. “Intervention” is the term being used for Semple’s projects because they result from a response to the alarming rates of depression and anxiety in our country— an attempt to disrupt people’s normal routines in a positive way. It will be the third installment of the Terra Firma series by the Denver Theatre District (DTD).

Everyone is welcome at the hug huddle on Monday and it’s being touted as the unofficial launch of Denver’s “Happy City.” Tea, coffee and breakfast pastries will also be provided. Whether the winter has you down, the political climate has you worried, or Mondays require more motivation — make your way to The Galleria at DPAC and hug a stranger. It might not solve all your problems, but when has a hug ever made you feel worse?