A Free Public Art Festival will Light Up Breckenridge this Summer

Usually, a trip to the mountains outside Denver involves some kind of outdoor sport — whether that be skiing, hiking, camping or something more extreme. Occasionally, the resort towns typically known for being adventure havens move beyond physical activities and into the artistic, philosophic and entertainment realms. Cue the free public art exhibition in Breckenridge, WAVE: Light + Water + Sound, set to grace the idyllic mountain town May 31 to June 3, 2018. For the third year in a row, WAVE will transform Blue River Plaza in downtown Breckenridge with creative installations, musical performances, screenings, digital art and other versions of eye candy. The four-night festival is free and open to all ages.

Started by Breckenridge Creative Arts (BCA) in 2016, WAVE showcases both contemporary art and the local landscape. Blue River Plaza — as a waterfront park — creates an interesting backdrop for an art festival. Using the river, bridges and other waterfront areas as canvases, stages and exhibition space, the artists participating in WAVE must immerse themselves in their surroundings. By doing so, viewers are also inclined to interact with more than just the art. Themes of light, water and sound (as the name suggests) inspire the curation of the artworks. 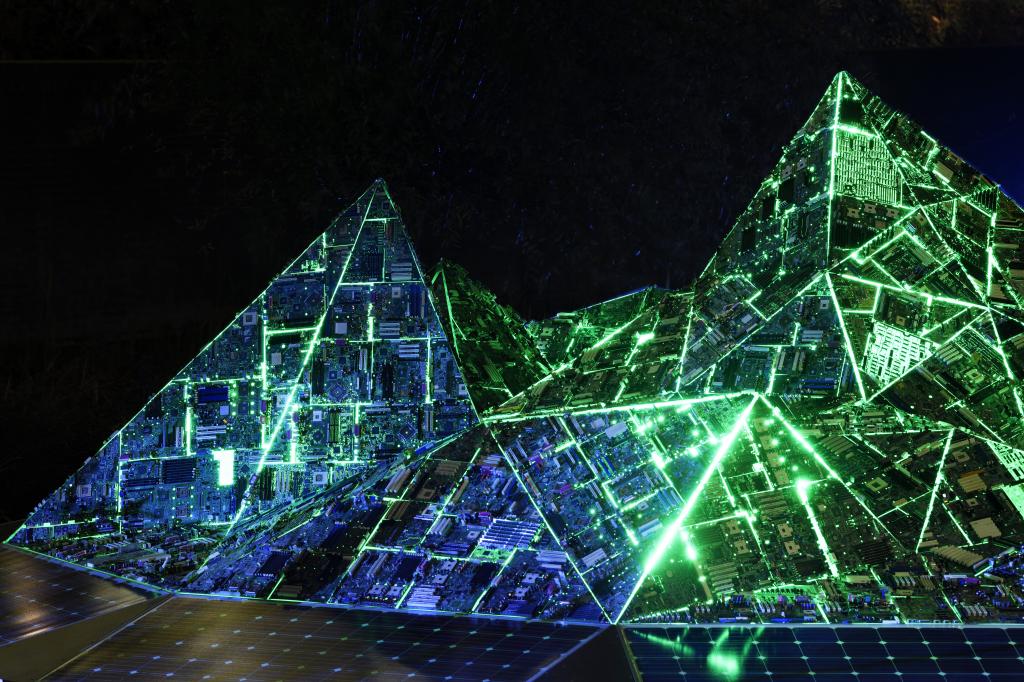 This year, WAVE will bring some major international and regional talent to Breckenridge, including a US premiere of an installation by the OGE Group from Jerusalem. But locals, don’t worry, Denver artists Cacheflowe and AudioPixel will represent the Mile High City with a featured installation of synchronized sound and light. Justin Gitlin (Cacheflow) will also give a workshop on June 3, explaining his installation and his experience in coding and artistic design.

“WAVE exemplifies the idea that art is for everyone,” said Robb Woulfe, BCA’s president and CEO. “The large-scale, interactive artworks are freely accessible to all and inviting in a way that traditional gallery exhibitions often are not. This creates unique opportunities for interaction and collaboration among diverse members of our community.”

Every day from 3 to 11 p.m., visitors and artistic adventurers choose from an impressive selection of events and happenings at WAVE. There are even teasers for “late night experiments.” Large-scale installations that require interaction (like a light-beam seesaw) remind even the most “adulting” of us to let go, relax and enjoy something truly awesome. Plus, you can still get a hike in before the shows start anyway. 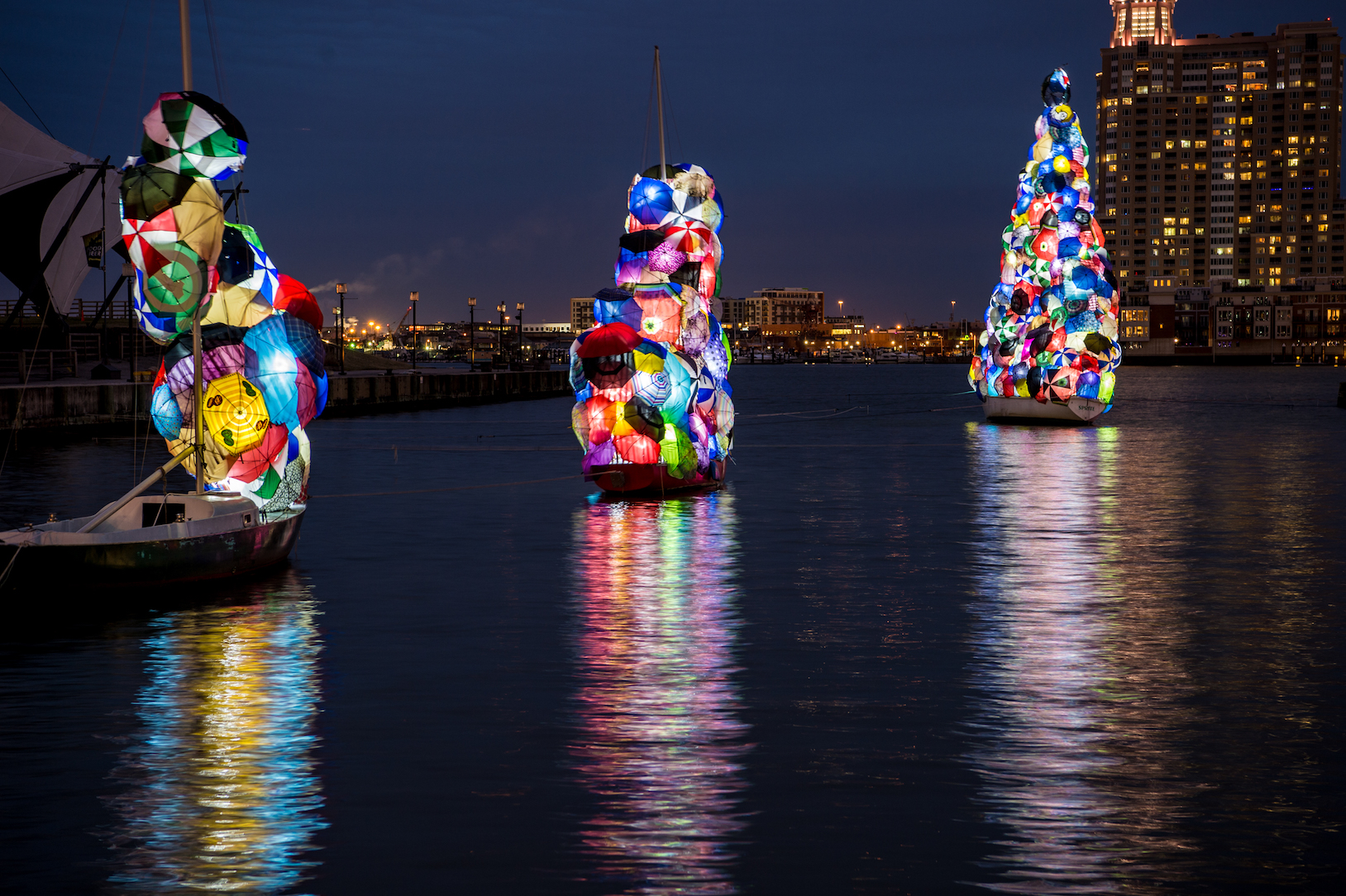 The schedule of events and descriptions of what to expect are listed below:

The Lowdown: Created by the French group Porté par le Vent, this happening includes an “aerial ballet of colorfully lit helium kites that dance in the wind over the Blue River each evening.”

Where: Breck Bike Guides at the Blue River Bikeway

The Lowdown: A pre-decorated bike is not required to participate in this event, and onlookers can enjoy it almost as much as the riders. Participants (with bikes decked out in lights and glow swag) gather between 7 and 8 p.m. at 411 South Main and ride around the WAVE festival for the next hour. Free glow items are provided until supplies last.

The Lowdown: Created by Tom Dekyvere, Elantica is an off-grid light sculpture made with solar panels and e-waste materials. Though it’s all technical, the aesthetic starts to take on a geologic appearance, making this installation something like Tron meets Planet Earth.

The Lowdown: A social installation, Angels of Freedom premieres at WAVE for the first time in the US from Jerusalem-based artists OGE Group. It invites visitors to photograph themselves as they are surrounded by neon-lit wings and a halo. That way, even the most sinful of us can feel saintly for a moment. 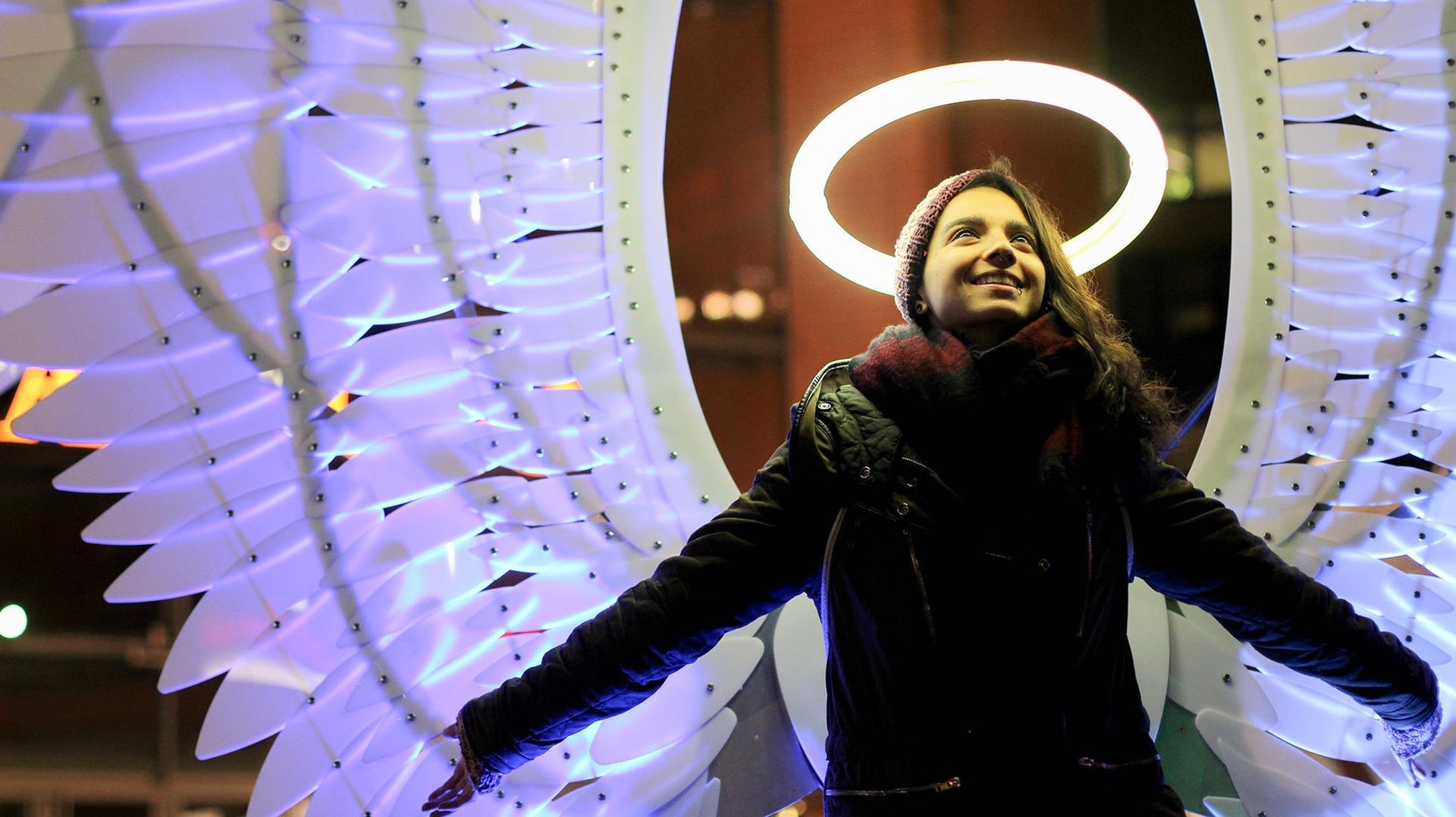 “Angels of Freedom” by OGE Group

Where: Bridge next to Riverwalk Center and the Arts District

The Lowdown: Stephanie Imbeau, currently living and working in Berlin, Germany, created an installation that will travel along on the Blue River. Built as a tower of umbrellas, lit from within, Place/d finds inspiration from the rocks that crumble into the river as the water makes its journey. Also a personal exploration, the installation is sure to influence some introspection.

The Lowdown: San Francisco-based artist Julie Hughes paints tens of thousands of small acrylic pieces, hanging them together in strands that viewers walk amidst. The kaleidoscopic installation then receives lighting that highlights the paintings and elevates them to a new level of wonder.

Where: Main Street and Washington Avenue

The Lowdown: Denver artist Cacheflowe (Justin Gitlin) and custom lighting and technology group AudioPixel partner to create a sculpture that fuses light and sound. Interphase synchronizes both senses, asking visitors to interact with the installation in order to discover all its quirks.

Where: Blue River, next to Riverwalk Center

The Lowdown: A tiny island in between the banks of the Blue River is the stage for these nightly performances by Colorado cellist Russick Smith. The concert presents a whimsical soundtrack for other art viewing in the area.

The Lowdown: Organized and presented by the Breckenridge Film Festival, WAVE Reels shows a collection of short films dedicated to different themes each night of the festival. Thursday features videos about water and pollution, Friday lightens the mood with music videos, Saturday showcases “Waveforms” and Sunday wraps it up with a “Best Of” collection. 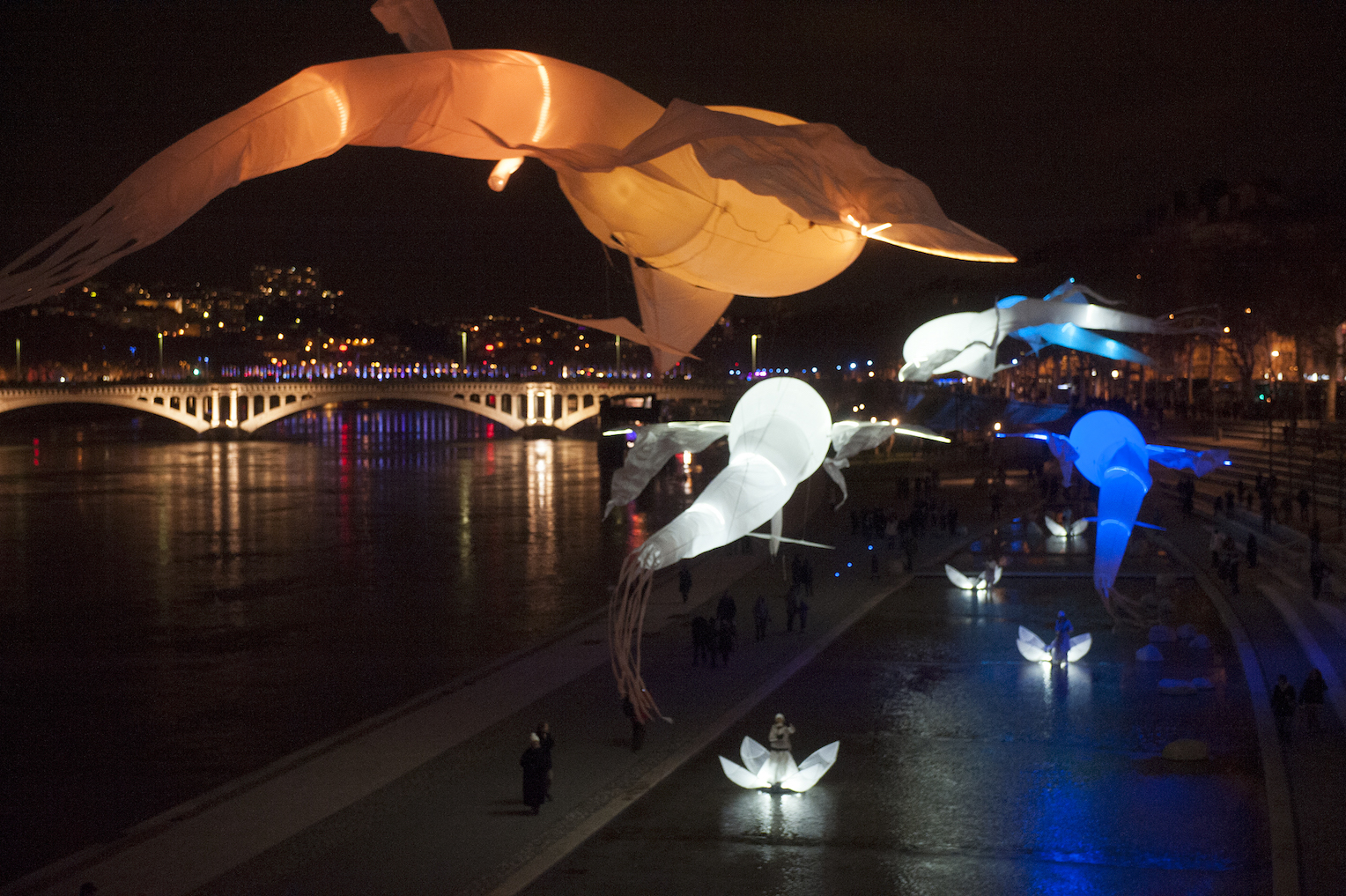