To celebrate our beloved Colorado artists we’re throwing a party. On May 17, we’re kicking off 303 Music Fest presented by LivWell Enlightened Health — a release party for 303 Music Vol. 1., a silent disco and much more. Some of our favorite local artists are playing — Trev Rich, StéLouse, CITRA, Eldren, Ray Reed and more will be performing, plus The Other Black is leading 303 Magazine’s first-ever Colorado Super Jam. Now, we’ve curated a purely Colorado playlist to sustain your music cravings until the fest.

303 Music Fest will be at The Church, one of Denver’s hottest nightclubs. For the rap and hip-hop fans, Denver native Trev Rich is performing on the heels of his partnership with Cash Money Records. His single “Boys Don’t Cry,” is featured on 303 Music Vol. 1, and we have no doubt that this rapper is going to bring the house down come May 17. Next, on the lineup, we have STéLOUSE (pronounced ‘stay loose.) And they’re both featured on the playlist.

In addition to Trev Rich and StéLouse, the playlist features rapper Ray Reed, Jay Triiiple and Ghost Tapes, to name a few. This playlist is just a taste of the pure magic that is to come for those attending 303 Music Fest. If you haven’t locked down your tickets, do it now, here. We’ll be selling 303 Music Vol. 1 at the event in addition to the presale happening now. 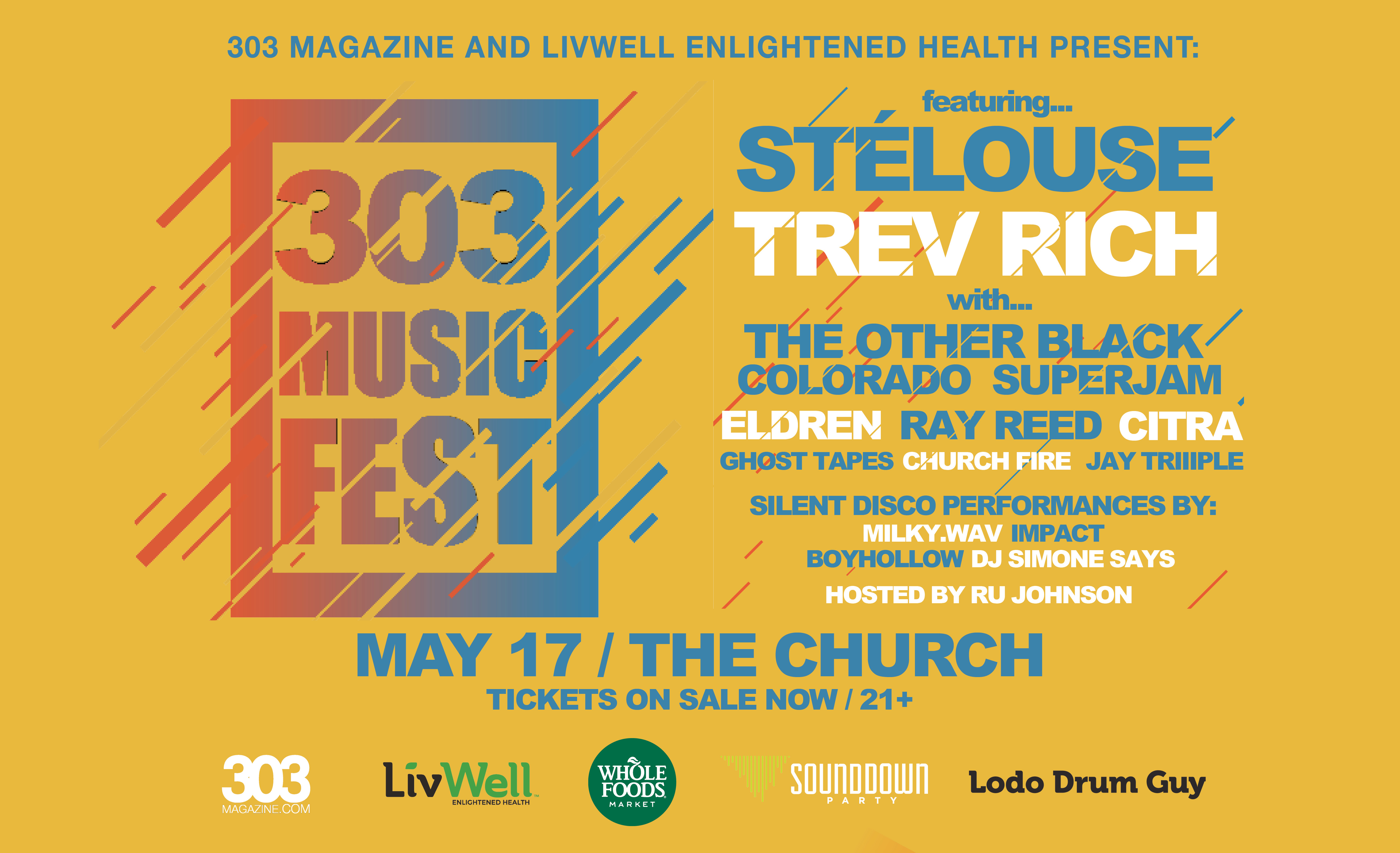