Founder Spills Secrets Before PostSecret: The Show Comes to Colorado

Sshhh — don’t keep a secret. PostSecret is now in its 14th year, so if you are a fan of perusing the famous blog to look at its “secrets,” you’re in luck. The ongoing mail art project started in 2004 by Frank Warren is now a traveling show, and it’s visiting Durango on Wednesday, February 7, Lone Tree on Thursday, February 8, Fort Collins on Friday, February 9 and Aspen on Saturday, February 10 (to get tickets go here).

If you’re still unfamiliar, PostSecret is an ongoing project where people anonymously mail their secrets on a homemade postcard to Frank Warren (who lives in Maryland). Warren keeps all of the postcards, some of which are published in the PostSecret books, are posted on the official PostSecret website or sent to museum exhibits across the country.

So what kind of secrets does Warren receive? Anything and everything. Some are funny, some are sad, some raise questions about controversial topics and some are just plain strange. The project, which officially started when Warren randomly handed out 3,000 self-addressed postcards on the streets of Washington D.C. with instructions on how to write a secret, has now grown to over a million secrets. And it’s still getting bigger. 303 got to chat with Warren about the show, his favorite secrets and future plans for the art project.

303: What can people expect from PostSecret: The Show?

Frank Warren: I think it’s kind of interesting from a technical point of view that PostSecret was one of the very first blogs to go from being a blog to a book, and now we’re seeing that same transition from an online community with all this user content to a stage production. For me, it’s been thrilling to see how we’ve been able to bring together the most compelling, hilarious, heartbreaking, hopeful stories from behind the project—all non-fiction—to the stage in a multimedia presentation. There are video clips, images of never-seen secrets, music and actors bringing the stories to life onstage with a lot of surprises. For example, in the same ways that the blog uses user content, during intermission, we invite [willing] audience members to write down their secrets on postcards and share them [with us]. In the second act, some of those secrets get shared back to the audience. It’s a great production for people who have never heard of PostSecret before, but at the same is cool for long-time PostSecret fans as well. Before the play even starts, we have a tweet wall, so audience members who get there a little bit early can share their secrets on the screen anonymously. We’ve been working on the show for 10 years now, and it’s evolved every performance. So it’s a little bit different every night. 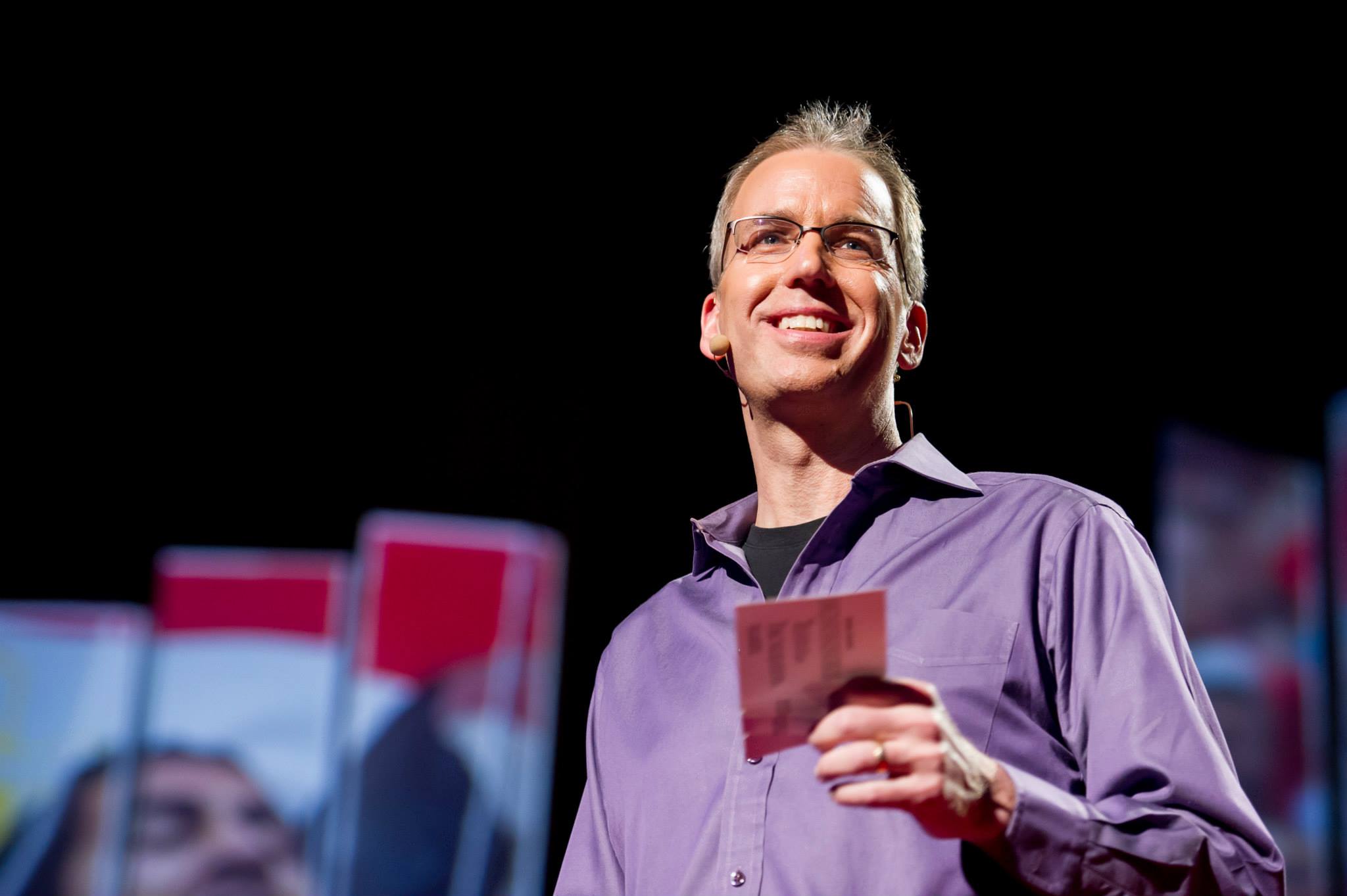 FW: Well, recently I just dropped off almost all of them at the Museum of Man in San Diego. They were just shipped out here from the Smithsonian National Postal Museum and now they’re going on exhibit in California in a couple months.

303: What sort of secrets are you not allowed to publish?

FW: Sometimes it’s a copyright issue that prevents it from being published, other times it’s a content issue. For example, for a secret that is connected to a corporation we will have concerns about publishing, or sometimes—an example is when I got this postcard once that was of this portrait of a family on one side and across the children’s faces, the secret read “My brother doesn’t realize it, but his father is not the same as our father.” And you could tell by the picture who was being talked about. That’s a secret where I don’t doubt the truth, but it’s a confession that I’ll tell you, but never show the image since I don’t want PostSecret to bring harm to somebody like that. On the postcards, I ask that everyone submit their cards anonymously. And that’s probably true 99% of the time.

303: What do you hope people gain from this show? Back then one of your themes was suicide awareness. How has your goal changed since starting PostSecret?

FW: I was a volunteer for a suicide prevention hotline before PostSecret, so when PostSecret started reaching millions of people every week, I knew I wanted to use the website for something other than advertising people’s secrets. So I did share and create sources for people. But I think PostSecret is more of a celebration of secrets, and what I hope people get from the show are surprises. There are secrets that are shocking. Secrets that might make them think about family and friends differently. Secrets are the currency of intimacy. And so my hope is that on the drive home from the performance, people are inspired to think about a secret from their own life and tell it to someone for the first time. 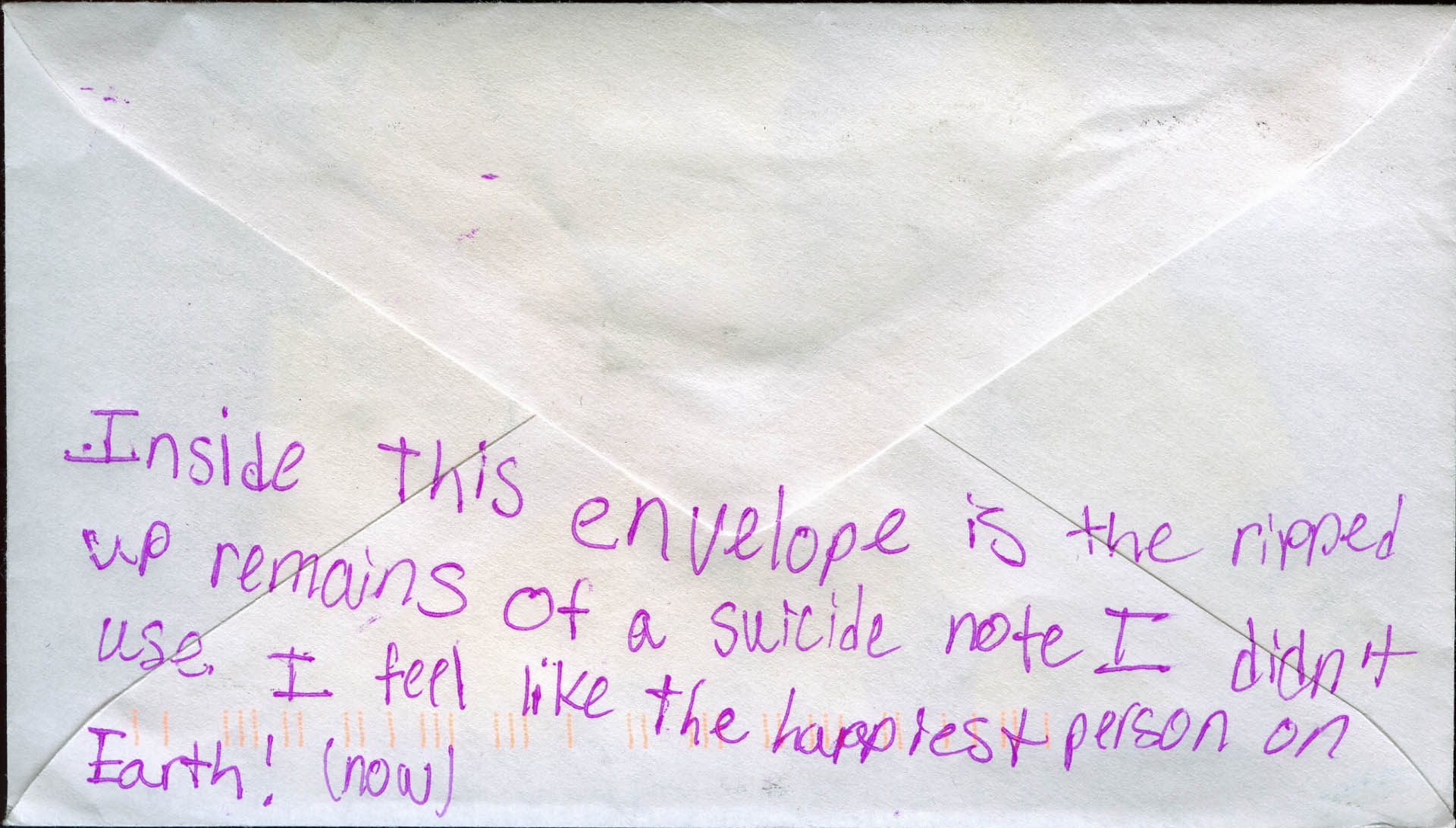 303: What do you think the future for PostSecret is? Would you continue shows or move to a different medium?

FW: I think there’s a lot of light in PostSecret left. Even today, I still continue to travel to colleges and universities for live events. The website continues to share secrets every Sunday. And there are six bestselling PostSecret books, but I’m always looking for more opportunities too. There’s always something new. I think as long as people continue to use that courage with their personal stories to be vulnerable, in ways that can bring people together and reconnect us with our humanity, the project will go for another fourteen years.

303: Are there any common themes you tend to see or are they pretty miscellaneous across the board?

FW: One of the common themes I get are secrets from somebody who is someplace on that journey trying to find that one person who they can be their whole and full and true self with — the one person they don’t have to keep any secrets from. And of course, there’s peeing in the shower. Evidently, people think that’s a secret. One of the ones I got recently on that note is one that says, “Sometimes I shower with my boyfriend and I pee on him and he has no idea.”

303: Do you have any favorite secrets?

FW: I don’t really have favorites, but some make me smile like the one I got mailed to me on a Starbucks cup. The secret said, “I serve decaf to customers that are rude to me.” Another one I got was an artistic rendering of the twin towers and the secret read, “everyone who knew me before 9/11 believes I’m dead.”

303: Did anything ever come of that secret? Is that person still anonymous?

FW: The mystery remains, but I have received contacts from people who have worked at those types of tragedies and they confirm that it’s not unusual for people when there’s been a large loss of life, to use it restart their lives—to escape a bad marriage or to escape financial bankruptcy. One of the things I’ve learned through PostSecret is that nobody is alone with their secrets. Even though you think of that 9/11 secret as being singular, it touches on something that’s not uncommon or unknown. 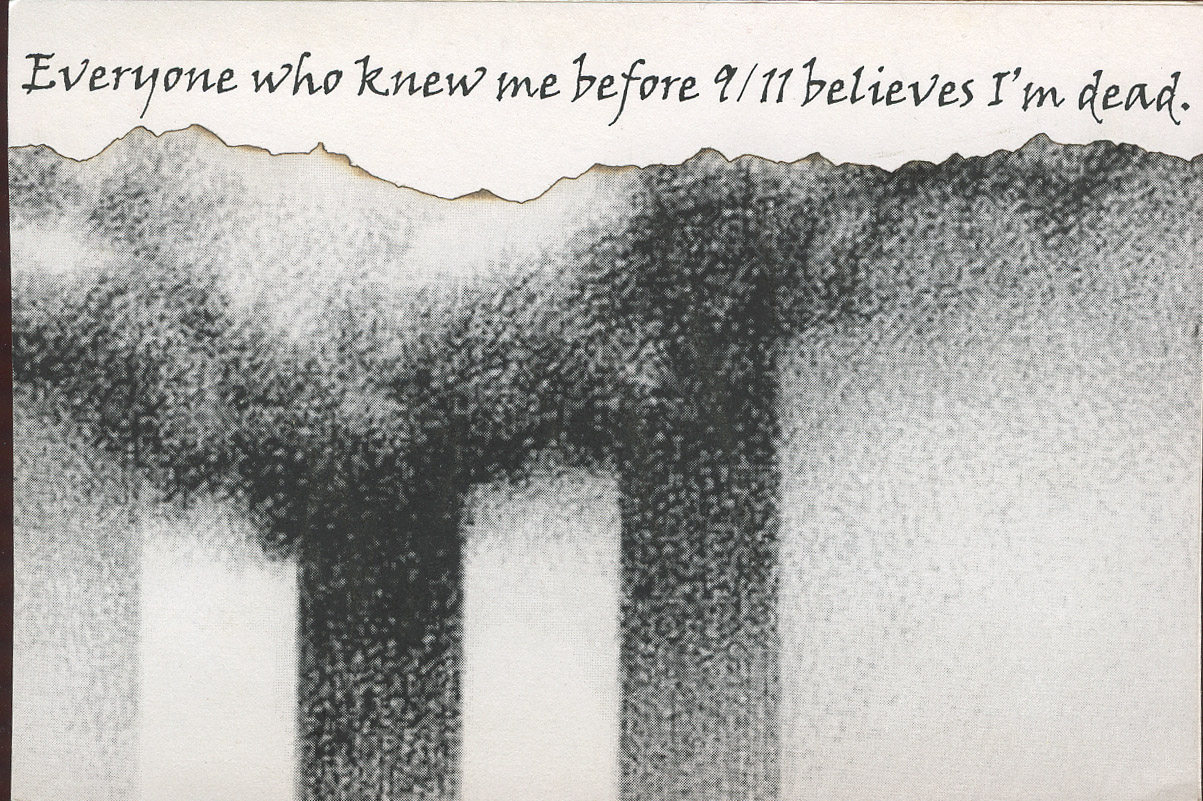 303: How do you feel being everyone’s confidant in a way? Is it stressful at times? What have you learned from this project?

FW: I’ve learned that everyone has a secret that will break your heart if you just knew what it was. And I feel like if we share that story, it allows us to increase the empathy we have for others and maybe the understanding and compassion we have for our own lives. When you keep a secret, you think it’s this burden on your shoulders that separates you from others, but when we find a way to let people know, we instantly break that illusion. We see that it had never been a wall at all; it had been a bridge all along. Our secrets connect us to others and to our deepest, truest selves. By telling our stories, we express who we are in the most meaningful ways.

303: Do you have the philosophy that people should share their secrets or are some better left private?

FW: I think in some ways it’s healthy to share more secrets that we feel comfortable with. But I’m not an advocate of telling people all of our secrets. Once you start to share, you start to realize they’re [the secrets] not as big of a deal as you thought, and you start to find more and more courage to look deeper at secrets you weren’t even ready to say. Sometimes it’s a process, and mailing a postcard to a complete stranger is a step in the journey of reconciling with it.

303: Do you ever share any of your own secrets?

FW:I have a secret printed in every book, but in the play, the actors are required to come out and tell a true secret from their real life—a secret that will surprise even the other actors onstage. We try to break down the traditional lull of the theatre in creative ways. 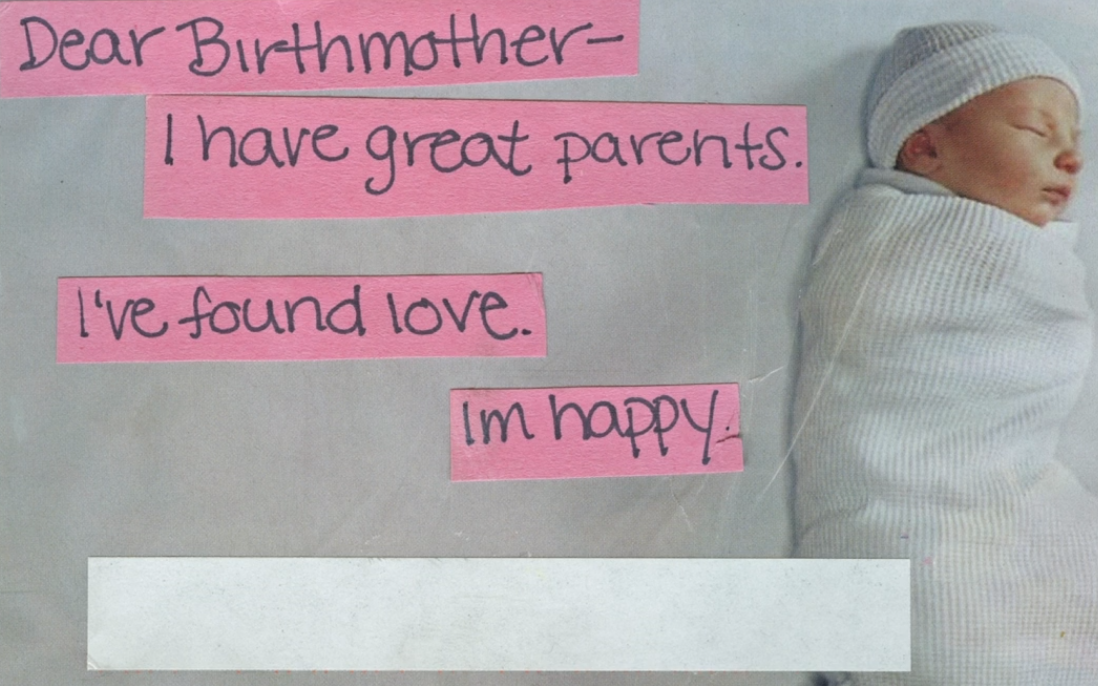 303: Do their secrets change for each show?

FW: I believe secrets are inexhaustible. Sometimes we think we’re keeping a secret, but really that secret’s keeping us.

303: Do you remember the first secret you ever received?

FW: I remember two secrets I got early on. Somebody wrote on a postcard “I’m a white guy, but I like black girls,” and I posted that one in an art exhibit and somebody wrote, “That’s okay” on it. And in so many ways, that was this microcosm of the whole project. When someone tells a truth, it inspires others to tell their own truths, and you’re not alone. Nobody is alone. We have this deep connection that is invisible in our everyday lives. By telling our stories and sharing secrets, we can see through that and understand not the separation but the solidarity between us. 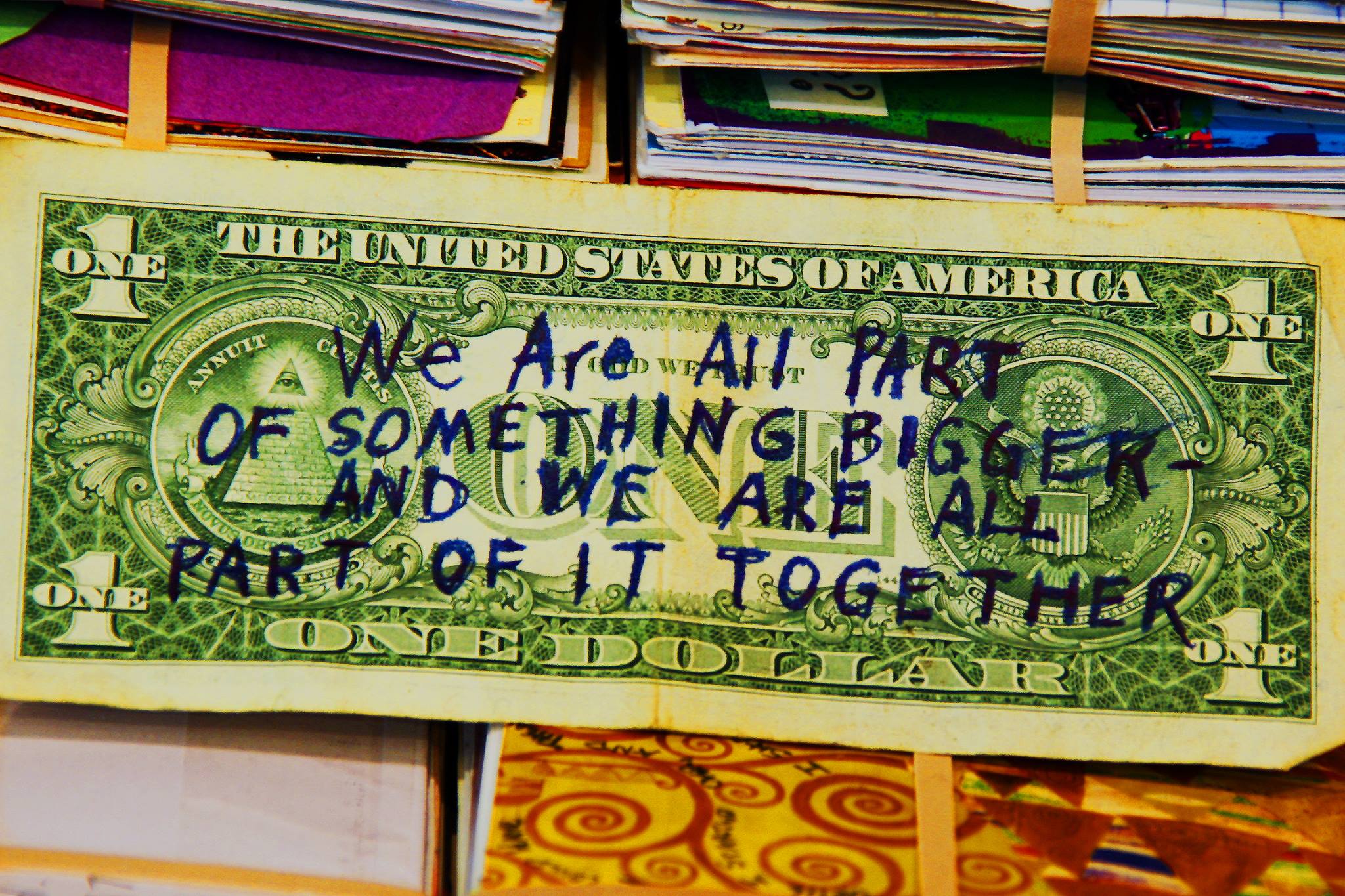 For more secrets, check out postsecret.com, or mail your own secret to PostSecret, 13345 Cooper Ridge Rd., Germantown, MD 20874.