When Bridget Law announced her departure from Elephant Revival, we were all a bit heartbroken. She was the second founding member of Elephant Revival to retire from the band. Sage Cook (mandolin, banjo and vocals) was the first to leave Elephant Revival in 2015 — after helping to form the band and playing with them for eight years — to “follow his heart musically and lifestyle-wise,” according to Law. “In a way,” she tells 303 Magazine, “Sage started the movement for members of the band to explore more tangential expressions of themselves.”

And now, both Law and Cook are currently pursuing the “freedom to really look at what excites and ignites them in their creative bodies.” In regard to Elephant Revival, Bridget Law explains, “We were all such a big part of this music that happened in our early 20s and took it to such great lengths and heights, which required a lot energetically.”

Law and Cook are joining forces again for their upcoming co-billed show at Swallow Hill Music. Tierro with Bridget Law — her new band that’s comprised of husband Tierro on guitar, bassist Charlie Parker, percussionist Jonny Jyemo and Law on fiddle and vocals — and Cook’s band We Dream Dawn are playing together at Daniels Hall (71 E. Yale Ave., Denver) on Saturday, April 14 at 8 p.m. Tickets are $23 in advance and $25 day of show. Law is really excited for the opportunity to play at this intimate venue, as she attended the Denver Waldorf School located just around the corner as a kid. 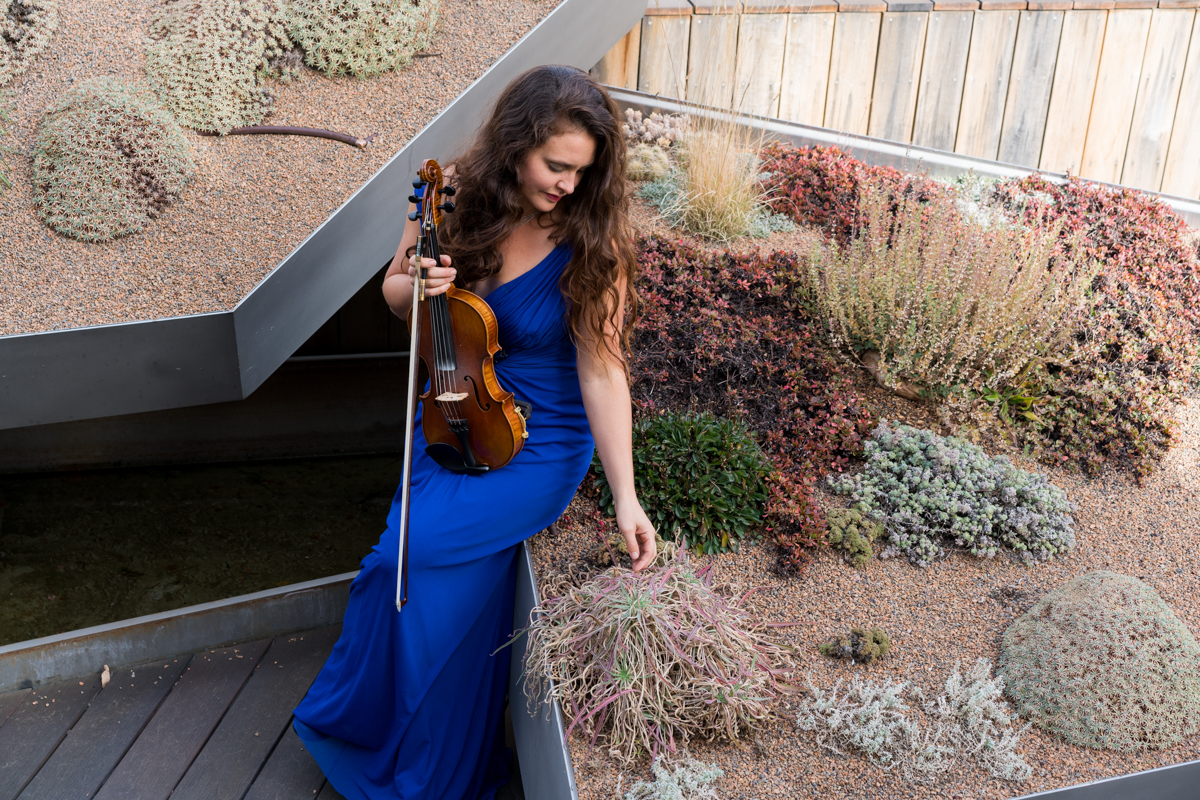 Bridget and Sage have teamed up to co-bill shows a handful of times in the recent past, from Beaver Creek to Niwot. “It’s just really, really nice people making really, really authentic music. It’s such a humble group. And it feels like a family,” Bridget tells us.

She wants to remind the Elephant Revival fans who have been “so lovely, loyal and inspirational” over the years that the community will go on, despite the band’s recently announced hiatus. And while admittedly this marks an “end of an era,” it also symbolizes an “opportunity for hopefulness and optimism.” She wants to send a message to fans to show support and stay committed to the members of Elephant Revival and what they bring forth now. “Continue this beautiful journey of being wrapped up in song and dance,” she encourages. “There’s still spirit in the music that we’re creating.”

Bridget is taking this time to nurture herself and her music within the community. And with Elephant Revival behind her, the time is ripe for new and exciting growth. “There are songs living inside of us just brewing, songs that haven’t been played on stage yet.” Tierro with Bridget Law have begun to play more local shows frequently as of late—from the Front Range to small mountain towns throughout the state—focusing on cultivating their Colorado roots within the music scene here. You can also expect to see them at several Colorado festivals this spring and summer.

“The music we’ve all loved for so long is still alive in all of us. And this show is a symbol of calling the community together to support us as individual artists,” Law explains.

Tierro with Bridget Law is a special endeavor for Bridget for many reasons. What’s more magical than creating beautiful music with your partner? Sonny and Cher, Tedeschi and Trucks, Jay-Z and Beyonce — and now Bridget and Tierro. For Bridget, this new band is an opportunity to “showcase the next chapter in her musicality,” performing her husband Tierro’s heartfelt compositions. Playing music with Tierro also allows Law to accentuate her strong suit: “playing the melody with a lot of soul.” 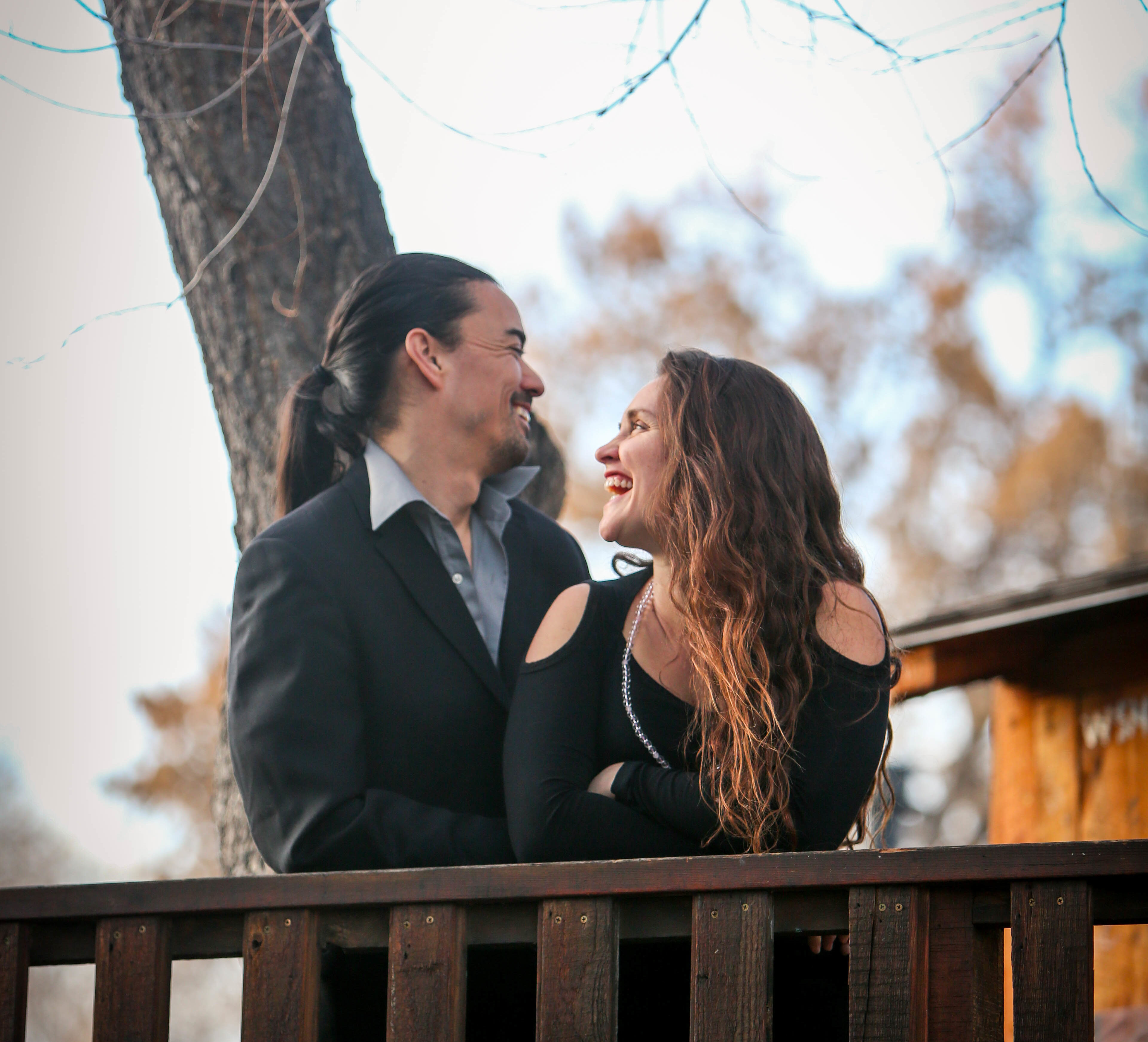 The tone of their music pulls from the couple’s extensive travel experience, giving it an ancient and worldly vibe. “Tierro grew up in the Philippines and spent some time in Tokyo and Guatemala. He is drawn to other cultures and uses that inspiration to write this music,” Bridget explains. Tierro’s tunes are reminiscent of world music styles through his use of Arabian and Latin scales. Bassist Charlie Parker has some Indian musical training, which adds some additional spice to the mix. “It’s a lot of gentle, sweet and dreamy poetry over really groovy tunes,” Law describes.

“We’re super pumped because the music is so kick-ass. We take these really sensual Arabian melodies that Tierro writes and pass them off between the guitar and violin, creating this wordless musical conversation,” she explains. “The melodies just soar out of my violin. Then our drummer/percussionist Jonny Jyemo weaves in dance beats, while local gem Charlie Parker incorporates bass.”

But it’s not all just instrumental — they have also been writing some vocal tunes lately. “We’re trying this Thievery Corporation-type thing, with really gentle vocals,” Law explains. This is ideal for her since her voice is so soft. “I like to get behind the poetry and the message we’re delivering.”

Bridget and Tierro are in the process of making a new record, with the goal of having a free track download available to debut at the music festival ARISE. Since they both have such busy lives, this is their first real opportunity to devote themselves wholly to the band — their “musical baby,” so to speak. 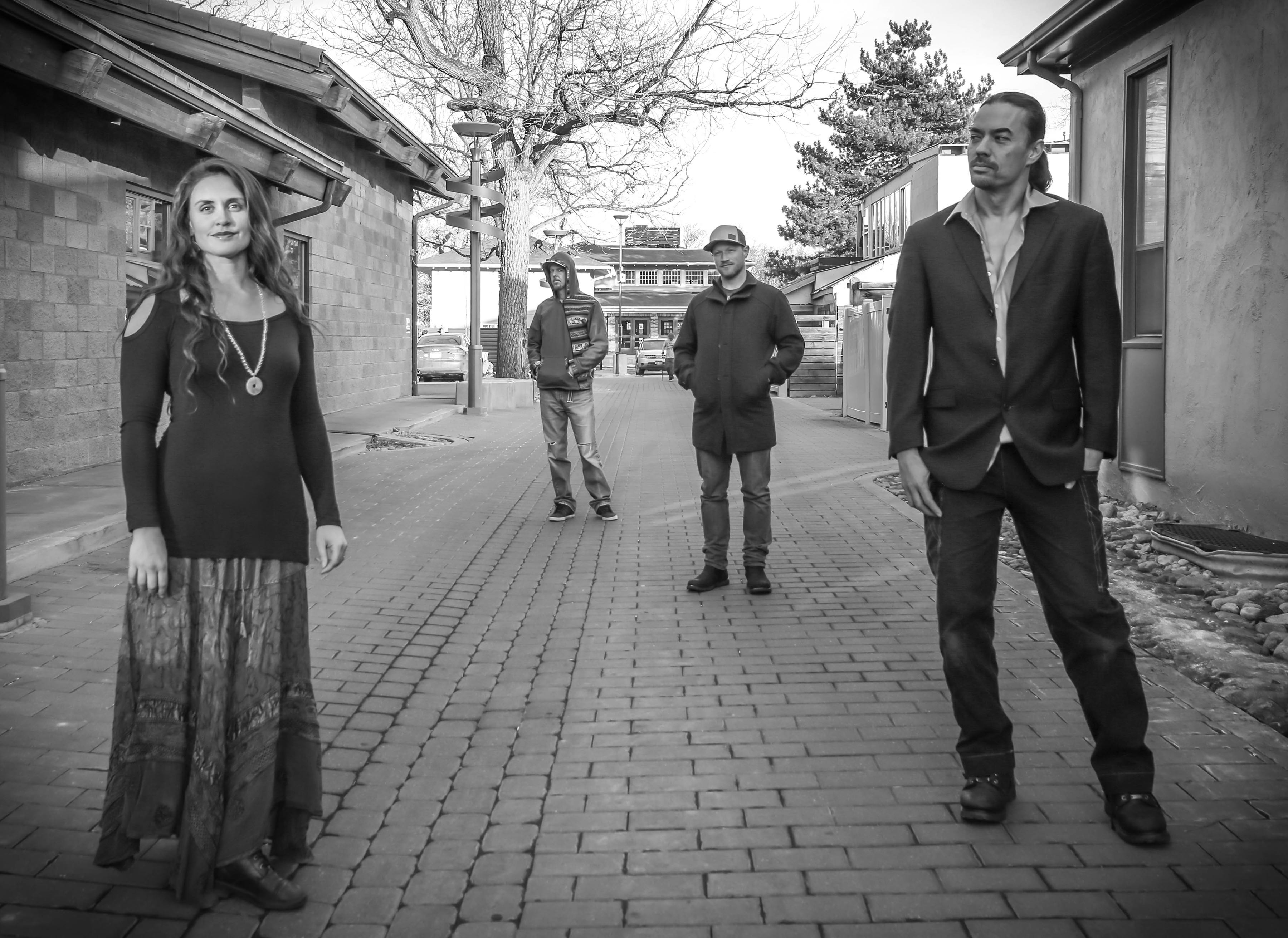 And as for Cook, he initially left Elephant Revival to “embark on a subsistence farming adventure,” according to We Dream Dawn’s website. He later formed We Dream Dawn with his wife, who he taught to play bass. Bridget describes Sage’s voice as “really buttery and lovely” and admires his “really unique approach to songwriting,” calling him a “gifted poet.” We Dream Dawn’s dreamy music blends vintage analog psychedelia with electro folk pop, creating something nostalgic and whimsical. It’s also like a second cousin to Elephant Revival— you can tell they’re related by the subtle similarities in tone and structure, but you might not suspect it unless you’d seen the family tree.

“He’s like a little spirit being, very ethereal!” Law says of her former roommate and band member. “We lived together and hung out a lot in the early days of Elephant Revival. I watched him write so many songs — and was a part of that in some way — so to get to be in that music again and deliver that music is very fulfilling for me.”