Tickets are now on sale for the Dead Sea Scrolls exhibit, which is coming to Denver on March 16, 2018, at the Denver Museum of Nature & Science. This is regional premiere of the exhibit, so don’t miss out on an opportunity to see the ancient manuscripts that are hailed as one of the most significant archaeological discovery of the 20th century. The Dead Sea Scrolls are the oldest known biblical documents that date back over 2,000 years. In 1947, a Bedouin goat herder found the scrolls in a hidden cave along the shore of the Dead Sea in Qumran, a settlement in the West Bank. Through excavation, more than 900 scrolls were found. 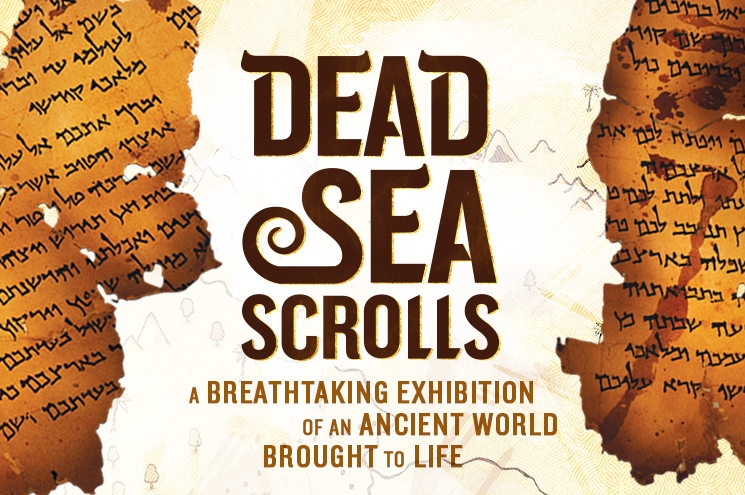 For the first 10 scrolls, the one piece that has never been seen in public is scroll 4Q247 Tohorot (Purities) A. This scroll discusses purity and people in the Second Temple period and how they strove to preserve the community’s purity. The scrolls will be on display in a massive, dramatic exhibit case with carefully regulated individual chambers with a transcript of the scrolls in English (since the scrolls were originally written in Hebrew).

Along with the scrolls, visitors will see more than 500 ancient Middle Eastern artifacts. Seals, weapons, stone carvings, remains of religious symbols and more iconic objects of Israel are included in the exhibit, letting visitors explore different traditions and beliefs. The exhibit will also have a re-creation of the Western Wall in Jerusalem. A three-ton stone from the wall that was believed to have fallen in 70 CE will be used in the re-creation. Visitors are allowed to leave notes and prayers in the Wall, which will be sent to Israel and placed in the Western Wall. Putting notes and prayers in the Wall is a tradition that is centuries years old.

Tickets are required and reservations are encouraged. For tickets and information, call 303-370-6000 or visit the Denver Museum of Nature & Science website.