How Rent Changed in Denver Over the Last Year

Among buying a car, finishing college and getting married, owning a home has been revered as a lifetime accomplishment. In recent years, however — as real estate prices climb in Denver — it has become increasingly difficult for that aspiration to become a reality in the Mile High. However, rents are on the rise across the country. So we wanted to take a look at how we stacked up in 2017 with help from reports by ABODO, a real estate website.

READ: It Takes A Millennial 13 Years to Afford a Down Payment in Denver

According to ABODO, rents were on the rise nationally over the course of 2017. The national median rent for one bedrooms rose 2.4 percent, ending the year at $1,040. Though not among the states with the most drastic increases, Colorado’s monthly average one-bedroom apartment rent did increase to an average of $1,004 per month. Denver is a different story and came in at 21 of the most expensive one-bedroom rent at $1,299 for 2017. Unfortunately, this doesn’t seem to be getting any better since Denver has already experienced a big jump in rent prices including a percent increase from  November to December to another 2.8 percent from December 2017 to January 2018. As of today, the median price of a one-bedroom apartment in Denver currently stands at $1,436. This ranks us in the top 10 biggest rent increases in the nation.

If we look to our neighbors Boulder doesn’t have it easy and was ranked among the nation’s greatest median two-bedroom rent increase in January coming in at $2,215 per month. 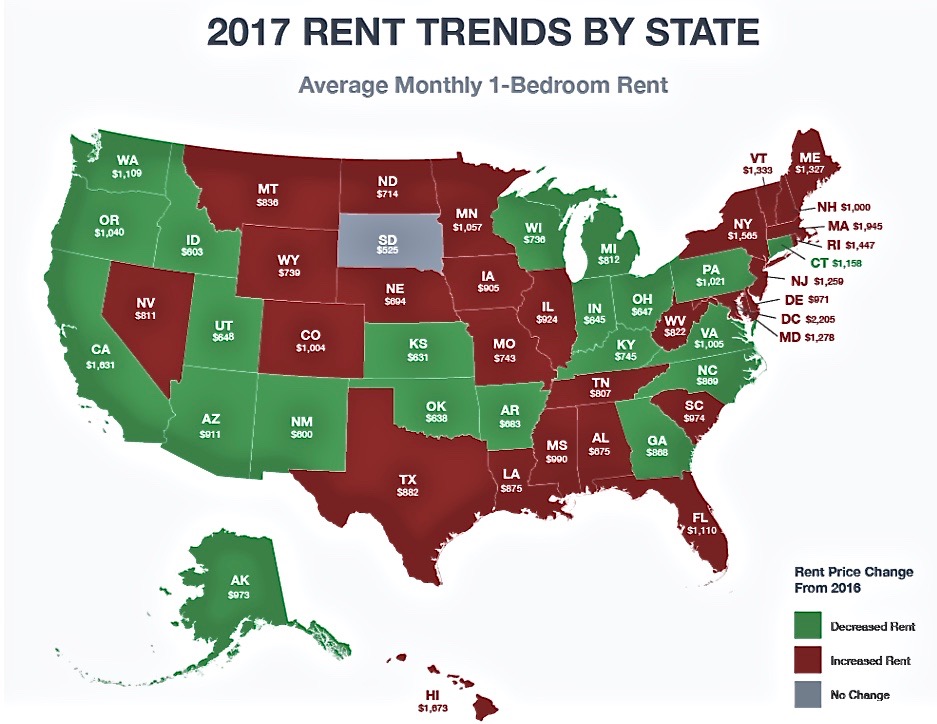 When it comes to homeownership, minorities lag behind the rest of the population. Nationally, 71.3 percent of Caucasians, 58.5 percent of Asians, 45.6 percent of Hispanics and 41 percent of African-Americans own homes. For Denver, 47.30 percent of minorities are homeowners — putting our city at 57th out of all U.S. cities for the most homes owned by minorities and 16th of the largest U.S cities for most minority homeownership. According to ABODO, the average minority in Denver would have to save for 15.5 years, in order to afford a down payment on a home. 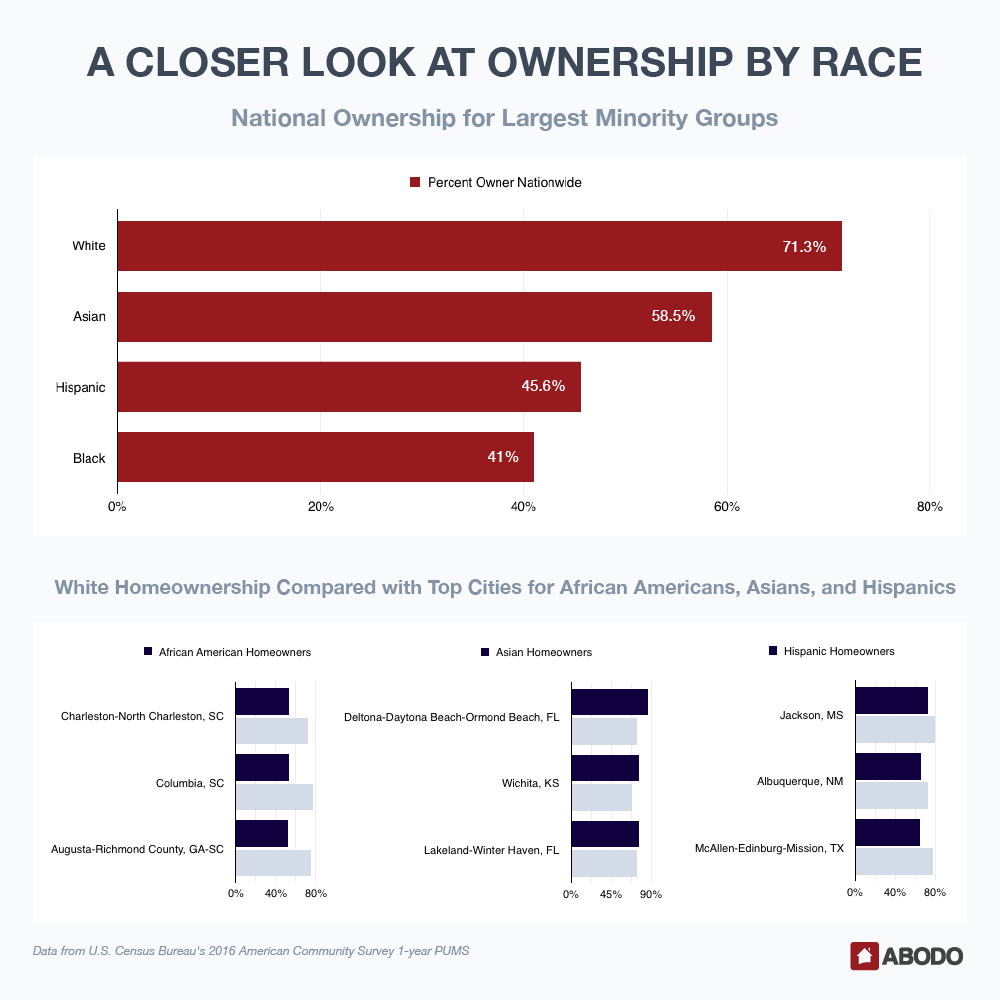 However on the bright side, Denver dwellers love their city — and between the sun, snow and scenery, Denver has consistently ranked among the nations best places to live.  In assessing renter satisfaction, ABODO looked at renter’s opinions of heating, mold, water leaks, crime, schools, public transportation, litter and overall rating of the neighborhood — Denver ranked fifth nationwide. This may come as a surprise to some since rent woes seem to always be a hot subject in Denver. 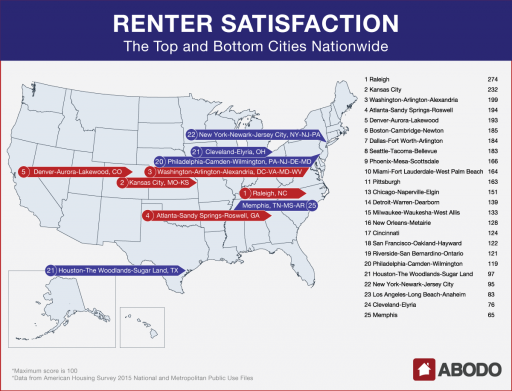 Overall, it’s not much of a surprise that Denver has plenty of room for improvement. With affordable living a major issue in this booming town, these recent numbers only show that the debate over the cost of rent and home-ownership isn’t going anywhere anytime soon.