A Massive Taco Festival Featuring The Offspring is Coming to Denver

A major taco, music and beer festival is headed to Denver this spring. Headlined by The Offspring, the Sabroso Festival — now in its fifth year — will tour through seven cities, making its way to Denver on April 28. Also included on the lineup are Pennywise, Street Dogs, Lit, Unwritten Law, Los Kung Fu Monkeys plus hundreds of craft beers.

Dexter Holland of The Offspring said, “Tacos and craft beer are two of The Offspring’s favorite things! We’re excited to be bringing Sabroso to new cities in 2018! See you at the shows!” Holland will also have samples of his hot sauce at the event, Gringo Bandito.

Taking place from 1 to 9 p.m., the eight-hour event will take over Fiddler’s Green Amphitheatre for a full day of fun. The event is 21+ until 4 p.m., when it will become all ages. The fun doesn’t stop at the music, tacos and beer — the tour also includes the Lucha Libre-style wrestling stars. There will be wrestling matches as well as a championship to decipher who is the Sabroso Champion. That isn’t the only championship that will take place at Sabrosa this year — an award will be given to the best taco builder as well.

Tickets go on sale this Friday at 10 a.m. They start at $29 plus fees and will be available here. Tickets include craft beer tastings for those of age and concert access. 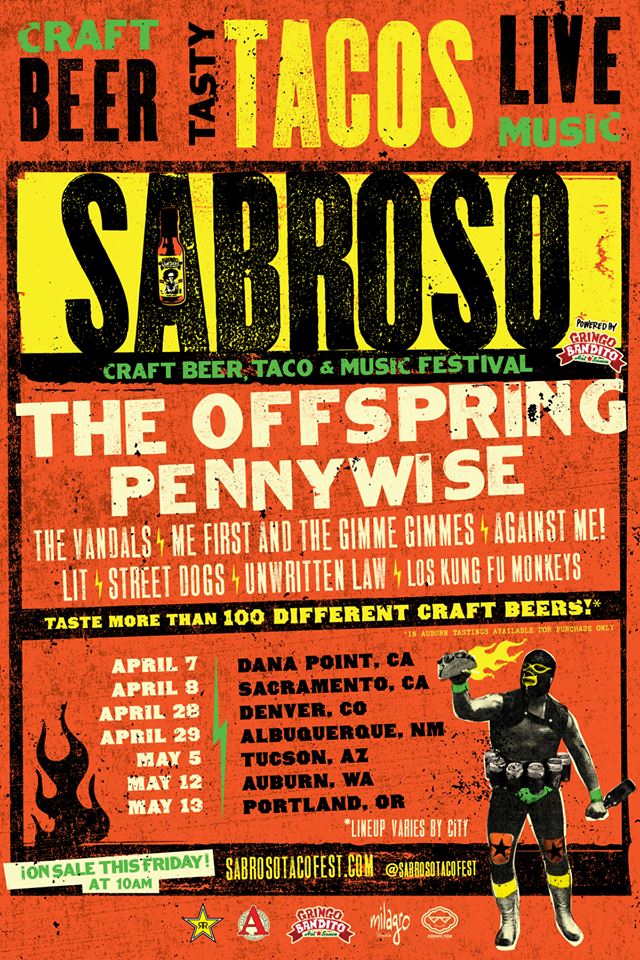