When you ask Jelly owner Josh Epps why he decided to open a restaurant when he had no experience, he smiles and tells you, “Because we had no idea how fuckin’ difficult it would be.”

Opening a restaurant isn’t easy — menu pricing, staffing and equipment are just a few things to consider before the doors even open. Even if you perfectly execute your concept there’s still a chance people won’t come in. Successfully opening a restaurant not only takes hard work — oftentimes, you also need a bit of luck. But even with all the luck, money and determination in the world, there’s nothing more valuable than experience.

That’s exactly what makes Jelly’s story so interesting — the founders of Jelly had none at all.

Epps didn’t attend culinary school. He went for goldsmithing. After, he worked as a goldsmith for 12 years for an up-and-coming company in California. While he was a jeweler, Epps found himself more immersed in culture instead of the jeweling industry.

“It was something we loved in the culture in California — like go out, get hammered that night and wake up and go wait in line for breakfast. That’s how you start your day,” Epps said.

Despite a lack of restaurant experience, Epps and his wife had always talked about opening a breakfast joint. When they saw an opportunity in Denver to make their fantasy a reality, they went for it.

“There wasn’t a lot going on back then in the food scene, Snooze was kind of the only [breakfast] game in town,” Epps said. “We had the idea… and we figured if we could execute what we had in mind we would hit a home run.”

With the concept figured out, all that was left to do is give it a name. 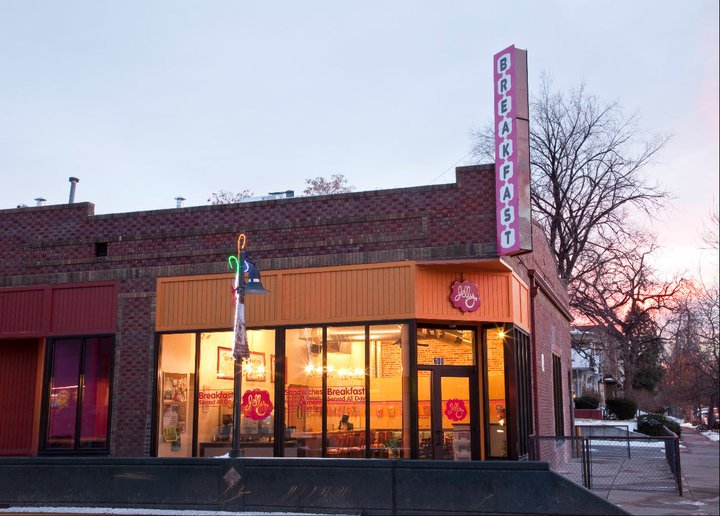 Epps said that the name of the restaurant was one of the first things they settled on in the beginning. They were talking about serving homemade jellies — maybe featuring one daily — and all of a sudden it was like a light turned on and illuminated the perfect name for the concept — Jelly.

“You can’t say it without smiling,” he explained. “So, we called it Jelly.”

Jelly first opened its doors in January 2010 — the economy was struggling, jobs were scarce and Denver’s population boom had yet to begin. Despite the state of the economy and the fact that Epps had no restaurant experience, Jelly found almost instant success.

Even hiring wasn’t too big of an obstacle for the team, and Epps said the ease of staffing made the opening process a lot easier.

“In 2010, the economy was garbage. If you put a Craigslist ad you’d get 40, 50, 60 respondents. Today you get maybe two or three, but we had people lined out the door coming to interview.”

Epps narrowed the position for head chef down to two people and had a Food Network-inspired cook-off to choose the man who helped Jelly become what it is today.

Epps remembers the line of patrons covering the street waiting to eat before they even opened for business. This is largely because of its outstanding Cap Hill location, and the neighborhood’s need for a breakfast spot. From there, Jelly quickly wove itself deep into the fabric of Denver’s community.

A kitchen can be essentially thought of as a restaurant’s beating heart. The health of that heart is measured by the quality of the food, and by that standard, Jelly is in great health. You won’t find items on the menu that are cutting the edge of fine dining, though. Jelly’s focal point lies more within the realm of comfort food; fried eggs, potatoes and bacon that soothes the soul and appetite. This is why the Basic Breakfast ($5.99) is one of Jelly’s best sellers.

“It’s not exciting, but the basic breakfast, just eggs, potatoes and a side of bacon is our best seller — there’s something to be said about that.”

Although Jelly’s focal point rests more on solidly on simplicity, there are a few items on the menu that aren’t exactly rudimentary. The Red Flannel Hash ($10.89) Epps’s favorite dish, is an example of this. With beets marinated in sweet cream, then roasted and accompanied by bacon, sweet potatoes and hash served underneath eggs, this is dish is anything but expected.

And other items became iconic by accident. On the team’s first day of service, the lines were long and the kitchen was frenzied. Epps knew he had to do something to start getting food out to his hungry customers, so he fried up some dough and brought out doughnut holes, which have become a staple ever since. 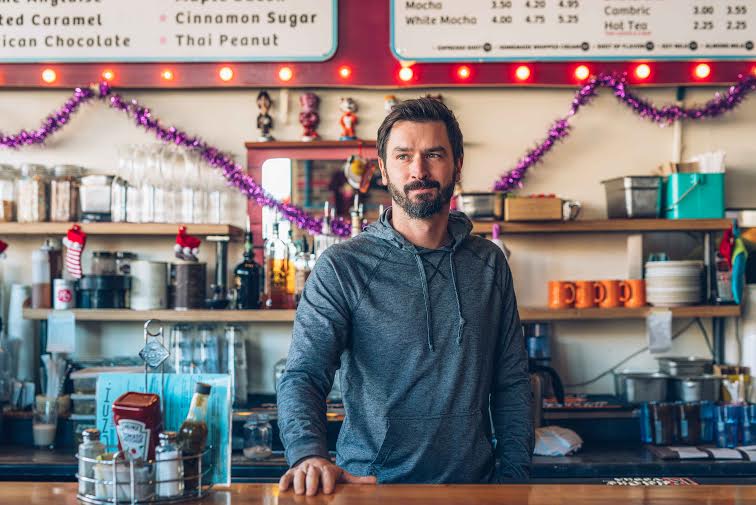 Jelly’s inception was a series of fortunate events, and we wondered if Epps thought he could have the same success if he tried to open Jelly today.

“I think if we could get into our same location, Jelly would still be successful, but I think it would be a much harder road to travel.”

This is because of the lack of reliable help available in today’s restaurant climate. Keeping a full-staff is a challenge within itself, but a crucial element to Jelly’s concept, a community mom and pop restaurant, is the environment the front of house creates. This is an area where Jelly excels. Its staff is not only friendly, they’re personable. This is seen in Jelly’s repeat business.

“I’d say 30-40% of regulars come in 3-4 times a week. When your waitress knows your order, she knows how you want it before you even gotta say anything, that means a lot to people.”

Epps proves that sometimes — when it comes to building a successful restaurant — it’s more about hospitality than experience. Building a good rapport with regulars is one of the most important aspects in the restaurant industry, and the easiest way to ensure the longevity of your business. In this respect, Epps and the Jelly team are milestones ahead of its competitors. Showcasing itself as one of the few restaurants that, for the time being, is exclusive to Denver. Jelly’s loyalty to the Mile High City has put them in ahead of the pack for this city’s breakfast scene, where we can surmise they will stay, for a long time to come.