In 1958 post-World War II America, when women went back to work at home and “wife dressing” was a fashion approach, six pioneers recognized the importance of female presence in the fashion business and changed the Denver landscape for good. Led by Gretchen Weber, fashion editor and illustrator for The Denver Post, the women created the Denver chapter of Fashion Group International (FGI), an organization that started three decades earlier in New York City with charter members that included Eleanor Roosevelt and Helena Rubinstein. 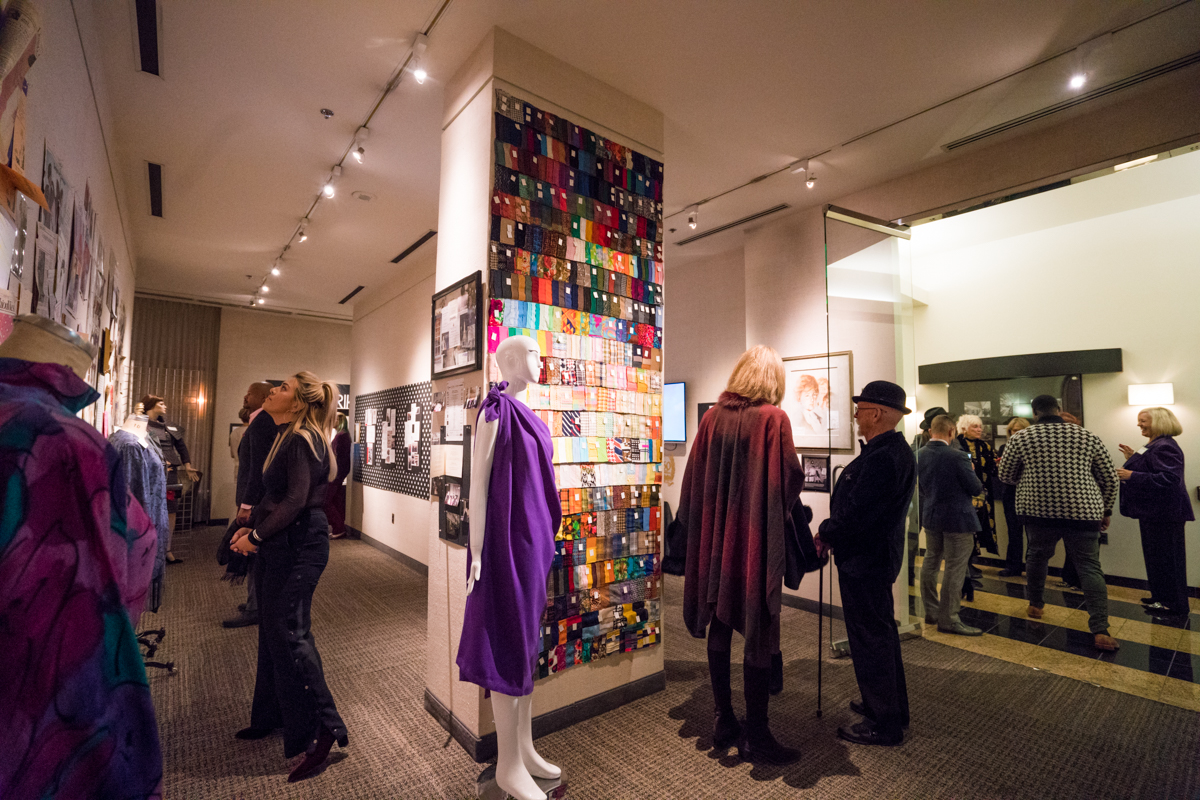 FGI’s 60th Anniversary Retrospective featured work from notable Denver icons like fashion designer, Julia Tobias, and milliner, Kate Ferreti. Both women were renowned masters of their craft, having designed for and dressed many of Denver’s elite of the 20th century.

“Every one of those women who created this organization in 1958 was a powerhouse of industry,” said former FGI Regional Director, Cynthia Petrus. “They weren’t just people on the selling floor, they represented major newspapers, they were fashion directors and decision makers and they added all of that power and resource to this group.”

Sixty years later, FGI Denver is one of the oldest and most vibrant chapters in the country, with members that include educators, designers and artists with varying degrees of experience. To celebrate, the organization created a retrospective at The Art Institute of Colorado, complete with installations that represented each of the six decades and beyond. “We are lucky enough to have a powerhouse of board members and longtime FGI members who were instrumental in the execution of this retrospective event,” said 2018 Co-Regional Director, Kat Dudden. “Many of the FGI archived items had been stored at the CSU Fashion Museum.  The ‘decades’ committee took a trip up there in November to find the most powerful material there for their decade.”

It took four days to create a display that included fabric swatches, historic documents, photographs and vintage garments, many of which were sourced from members and friends. It was a true example of the collaborative, familial atmosphere that has made FGI so important to its members. 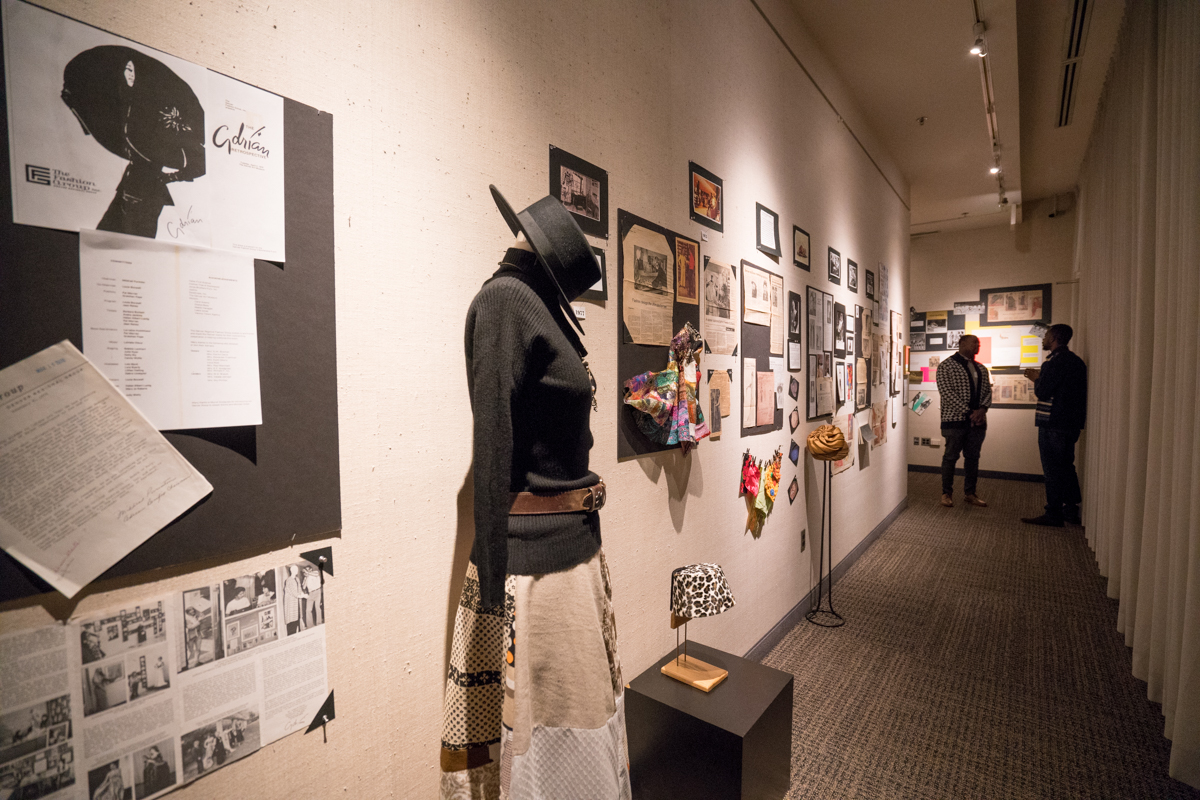 FGI members created collages using newspaper clippings, mood boards, fabric swatches and vintage garments to represent each of the decades FGI Denver has been an essential part of the local community.

“Coming to this event really made me think about my upcoming exhibit and made me realize I really can do this because of the support I have here,” said FGI member, Jim Howard. “I never dreamed a fashion illustrator would show in a major museum, so I’m so excited but also a bit scared, but the support I have here is a tremendous help.” More than 100 of Howard’s works will be part of Drawn to Glamor: Fashion Illustrations by Jim Howard, an exhibit organized by the Denver Art Museum that will open on March 25. 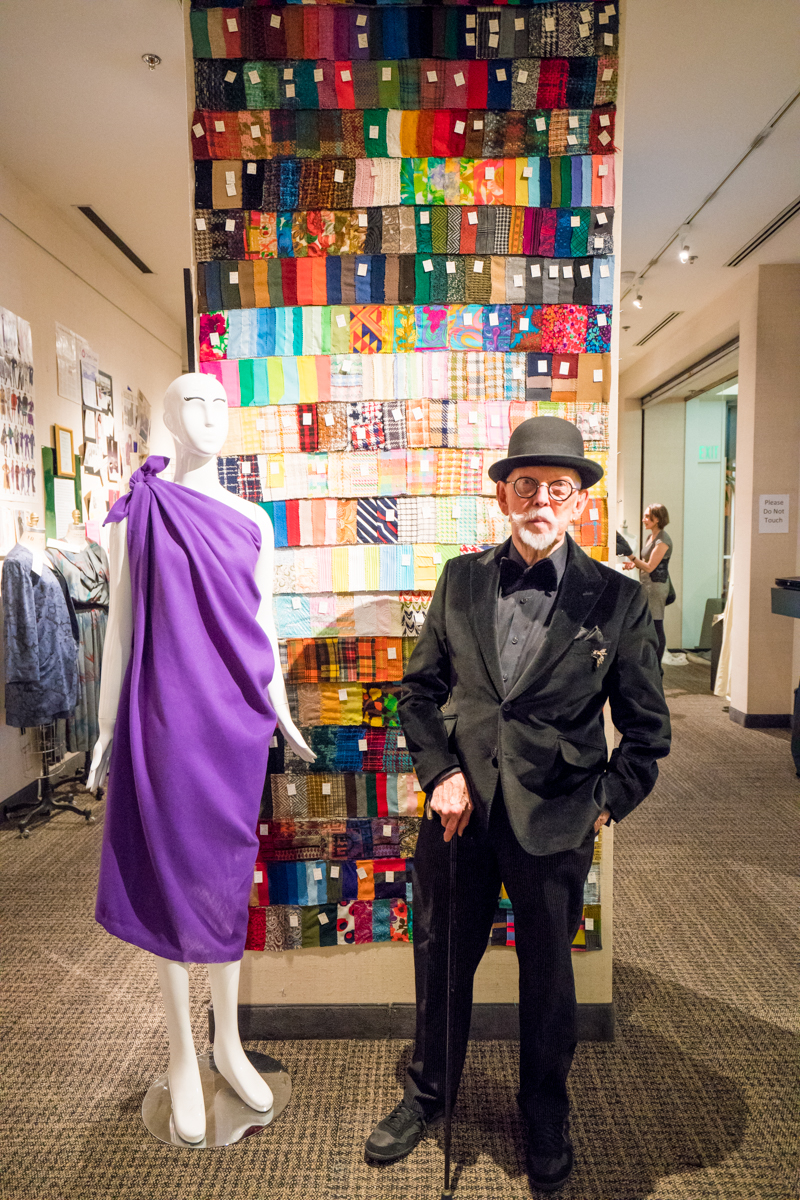 Renowned fashion illustrator, Jim Howard, is one of many pivitol figures who consider FGI essential to their career development and personal success.

Howard was not the only attendee who attributed much of his professional confidence to the relationships he’s developed through FGI. “Every meeting and event is so on point and the networking is so up-to-date that it does a hell of a lot for my confidence and running my own business,” said Ann Kuehn, who owns a children’s clothing line and joined FGI in May 2017. “I don’t think I would have the same confidence to keep fighting to keep my little corner alive without this group. I now know there is a network of people out there to help me.”

Over six decades, FGI Denver has been the solid foundation local fashion professionals have used to build their careers. The organization has provided countless scholarships to students, offered strategic workshops to new designers and business owners and served as a significant support system for women and men weathering the highs and lows of the fashion industry. As the city continues to grow and evolve, FGI Denver will become even more indispensable.

“It’s really incredible to be connected to such like-minded people, especially in a city like Denver that’s becoming more artistic in many ways,” said Kaitlyn Thomas, creator of the bridal line, Nuorikko. “Being part of FGI is going to be absolutely vital, not only because of the direct connection to people doing what I do but the connection to the incredibly close-knit fashion community across the country.” 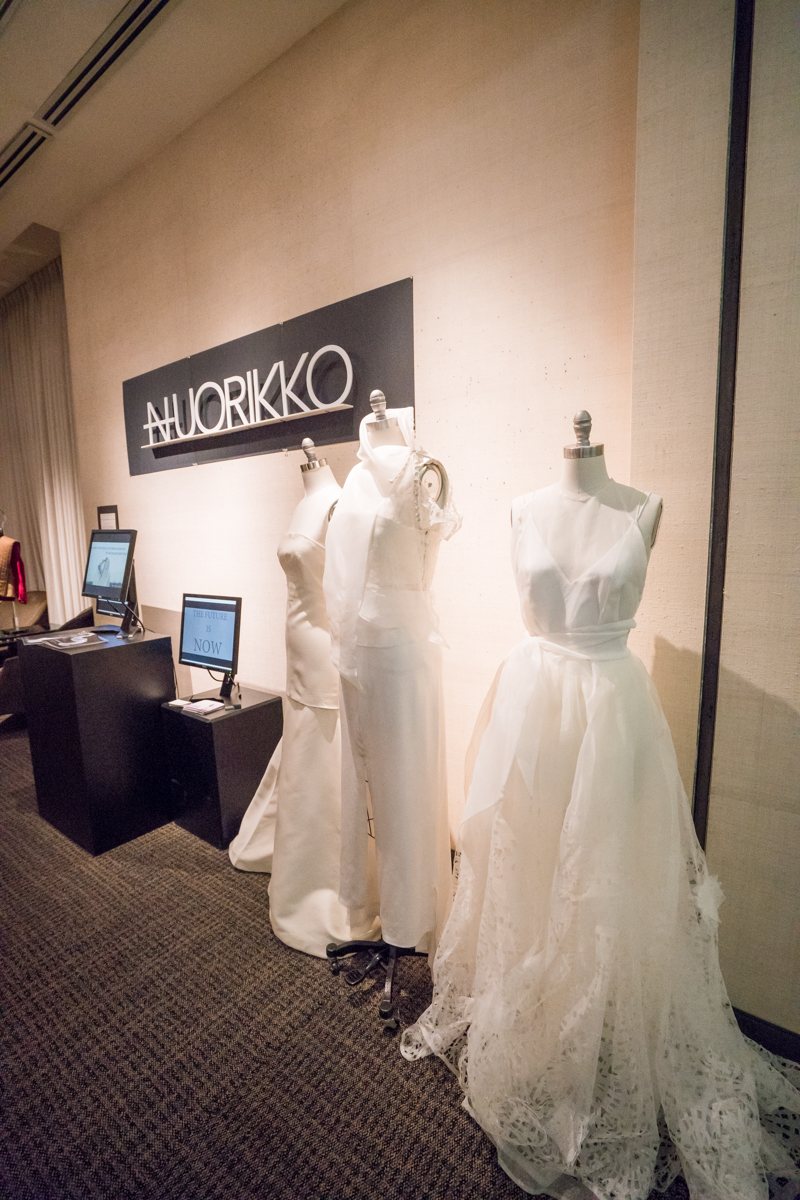 Kaitlyn Thomas, was chosen to represent the future of FGI. Her modern bridal line, Nuorikko, debuted in 2017.