Craft Beer Vocabulary 101 – How To Impress Any Beer Geek

Craft beer been has become a culture all its own, and we have seen it first hand here in Denver. Just like with any other cultural takeover, certain things happen – you start seeing breweries digging into every neighborhood, more and more unusual festivals appear and then you notice that people start talking differently.

If you feel like you might not understand what your beer geek friends are saying – don’t worry, you are not alone. A language dedicated to craft beer exists – it started years ago but it has morphed and grown to take over the everyday conversation.

How do I know this is the case? Real life experience. Recently, I found myself in new places and needing to explain, rather hilariously, what I assumed to be common craft beer verbiage. The use of beer names such as Juicy Banger and Juicy Bits has elicited inappropriate laughter instead of discussion around the latest release – true the names are fun, but they also represent the best of both styles of IPAs in the state. When talking about drops – it wasn’t about things falling out of the sky, but hard-to-find beers released into the Denver marketplace. And then I casually dropped the term “kill shot” when talking about pictures taken over the weekend and saw the look of confusion to borderline concern in their eyes.

It was time to break it down. If you’re new to beer, been in the craft world a long time or just want to understand what your beer friends are actually saying, we have put together the basics of craft beer vocabulary. 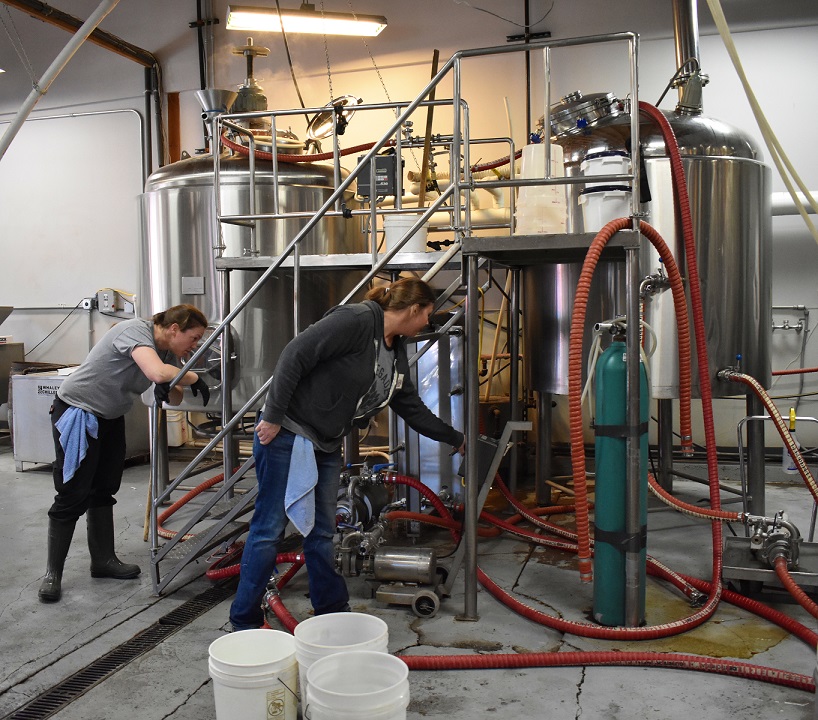 If you hang around a group of craft beer people long enough, they are bound to start chatting about the different brewing processes and at some point, there will be a heated debate about the best practices. Here is a very basic breakdown of the brewing process.

It starts with mashing, when grain and hot water are put together to start the brewing process. Next up is lautering, which is when the grain is removed leaving behind a sweet liquid known as wort – this liquid is the basis for the beer. Next up is the boil where the wort is heated to a boil – in the old days to sterilize the beer but today it’s when the various hops are introduced to the beer. After the wort is cooled down, it’s time for fermentation which is when yeast is added, or as they call it, pitched into the beer — the yeast eats the sugar resulting in alcohol. All that remains for the brewer to do is package the beer however they’d like.

The description above is almost over-simplified, but in the craft beer scene there are some other brewing terms you might hear. With wild and sour beers taking over you will learn about the coolship. This is a large open container which is used to house the wort and then windows are opened in hopes of capturing wild yeast in the air to create spontaneous fermentation. It’s both risky and leads to unique flavors. The term bottle conditioning is also common with this style of beer – instead of forcing the beer to be carbonated, the brewers will add a bit of yeast and sugar when packaging in the bottle to create a second fermentation which in turn carbonates the beer.

During the brewing process, a brewer might also decide to use an adjunct – an adjunct flavor is intended to enhance the flavor of the original four contributors to the flavor of beer (hops, yeast, grain and water). Common adjunct flavors are coffee, chocolate, fruit and other types of grain. One final brew term that is all over the place right now is dry hopping. The hops still go in during the boiling process, which gives the beer its bitterness but then additional hops are added usually during secondary fermentation to enhance the hop aroma of the beer. 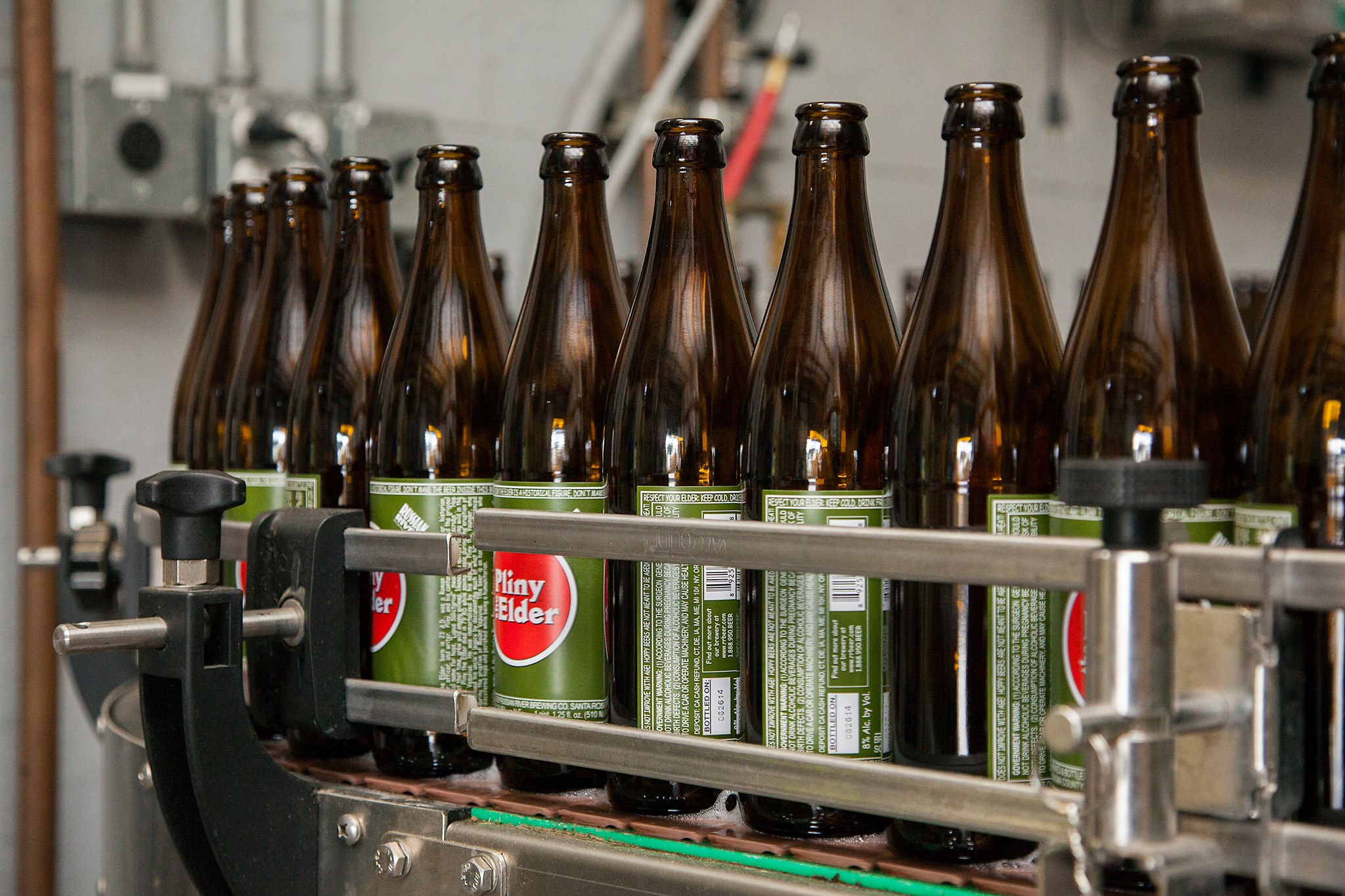 Alright, now that you have the process down, let’s focus on the ways you can describe beers.

Let’s get the negative vibes out of the way first – when you crack a beer and it’s infected – perhaps sour (not intentionally) or buttery tasting (which goes by the term Diacetyl) there is one thing to do – drain pour. Now personally, I don’t think it’s necessary to post the actual pouring down the drain on social media but if you ever find the need to straight pour it down the drain, email the brewery. Trust us, they want to know and fix it. Besides off flavors, there is another issue in beers that are bottle conditioned. Every once and a while too much sugar gets added to when you pop that top you have a gusher – a wall of beer cascading out of the bottle – picture a bottle of champagne popping on New Year’s Eve. It’s not common, and more than likely if you let them know, the brewery will take care of you.

Now let’s talk about the ways to describe life-changing beers, the type of beers that make you re-think what you’ve been drinking your entire life. When it comes to tasting beers, it’s important to utilize all of the senses just like any other food or beverage item – a good beer should have it all. The clarity of the beer, for example, will tell you a lot about the beer, if it’s an IPA and it’s no clear it’s considered a Hazy or New England Style IPA. This IPA isn’t officially a style but with the popularity of it – it’s coming. It also tends to be tropical or fruity in nature so don’t be surprised to hear someone shout, “Damn, this is a juice bomb.” Juice bomb is a good thing – it means it’s hazy, luscious, hoppy and fruity all at once – often having the appearance an orange juice.

On the flip side the clear, traditional West Coast IPAs have flavor descriptors of their own. If you hear the following, do not be alarmed” “This beer is so dank and piney – it reminds me of Pliny.” Pliny refers to Pliny the Elder the double IPA brewed by Russian River – hard to get, delicious to drink and a standard for West Coast style IPAs. To explain dank – this goes back to college, the aroma of good weed – it’s similar to that of good hops which are also where the piney comes in to play. It’s a preference – there are people that want IPAs that almost taste like biting into a pinecone but the best shouldn’t quite go that far. Those will also rank very high on the IBU scale. IBU which stands for the International Bitterness Units Scale is listed or known for every beer. If you’re not sure what to drink but know your bitterness tolerance just let the Beertender know and they will work it out for you.

Another way you can find the right beer for someone who isn’t sure they are into beer is to search out something on the tap list that is crushable. Crushable means it’s generally low in ABV (alcohol content) and is the type of beer you can chug and crush the can. This an easy drinking style of beer like a Pilsner or Kolsch. 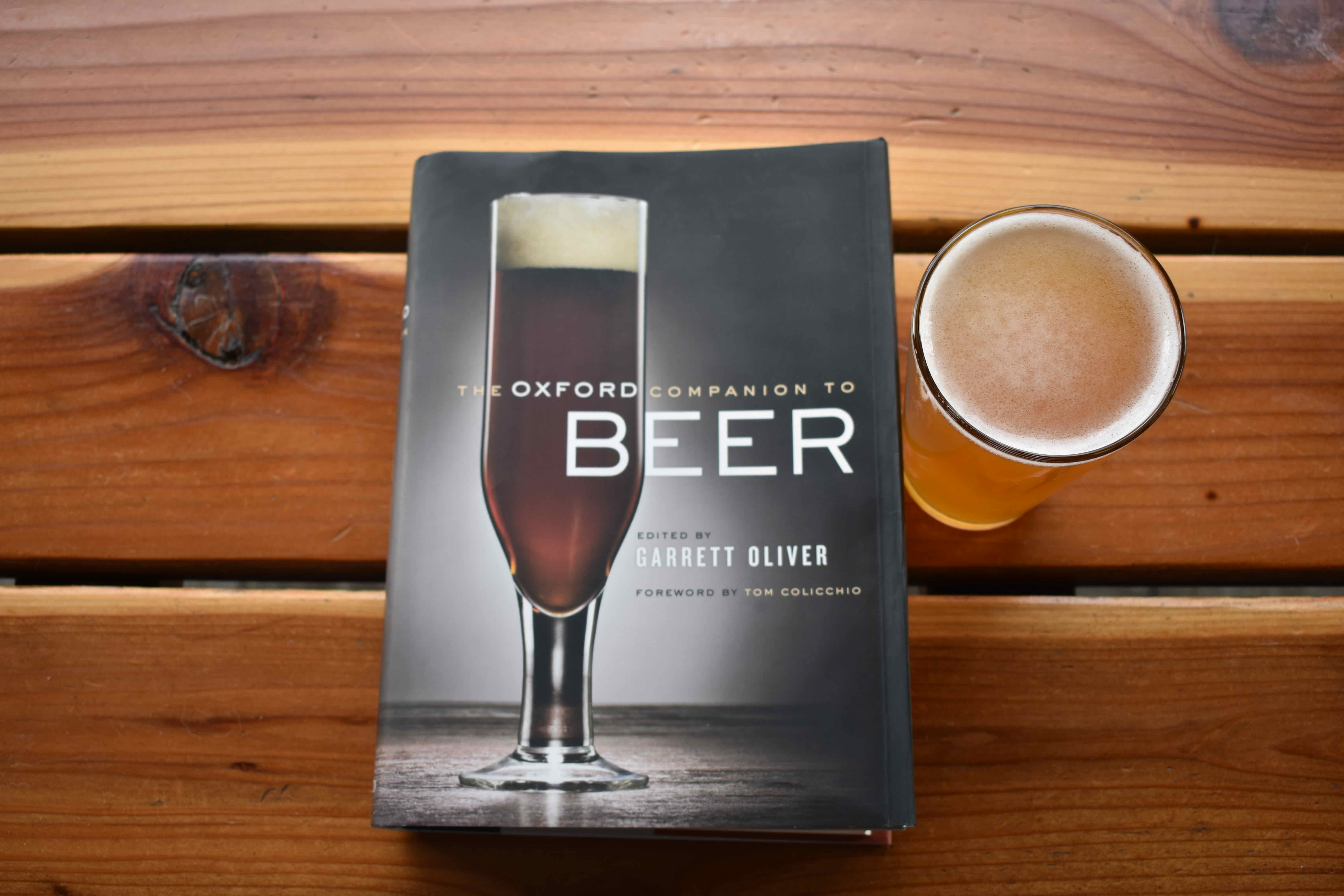 You’ve decided the Craft Beer Life is for you – what else do you need to know? First, you are going to want to make yourself a beer cellar – a cool, often secret location where you can keep the rarest beers and beers that you want to hoard to drink in a few years. People will buy two of everything, one to drink now and one to drink in a few years to see how the flavor will change over time. Often people buy the same beer, for example, Snowed In from Copper Kettle, so they can have a five-year vertical tasting. This means they will compare the last five years of the beer – discuss how it’s changed and of course pick the best year.

You may not be able to go to over beer release and some beers are damn near impossible to get due to the hype and small production. These beers are referred to as Whales or if you like Whalez Bro – going whale hunting is a sport for many beer people. It’s just as much about securing a bottle that no one else can get as drinking it. Don’t worry, though — beer people are amazing people and they are an inclusive group who believe in bottle shares. They pick and theme, and everyone brings their best whale in that theme to share with a group. This way, in theory, no one really has to miss out. This also leads to awesome bottle graveyards and kill shots of all the beer you got to drink that you can show off to the rest of the beer world.

How do you acquire whales to bring to the shares if you can’t make it to the release? The craft beer community has a solution – beer trading. There is a secondary beer market and if you are not prepared it can overwhelm you. The most important terms you can learn are a total of five letters and are FT / ISO which stands for For Trade and In Search Of. You can find a trading site and let them know what you have and what you are looking for and they will tell you if the values are appropriate and if anyone is willing to be your partner. Do yourself a favor, the first time, let them know it’s your first time, they will help you through the process. The last thing you want to do is offer a Shelf Turd (a great beer now found everywhere – similar to Goose Island Bourbon County in some parts of the country) for a whale – you will be judged. Bonus – if someone wants to trade, you can ask the group to vouch, and they will give you all the reviews on whether or not they are a legit trading partner. 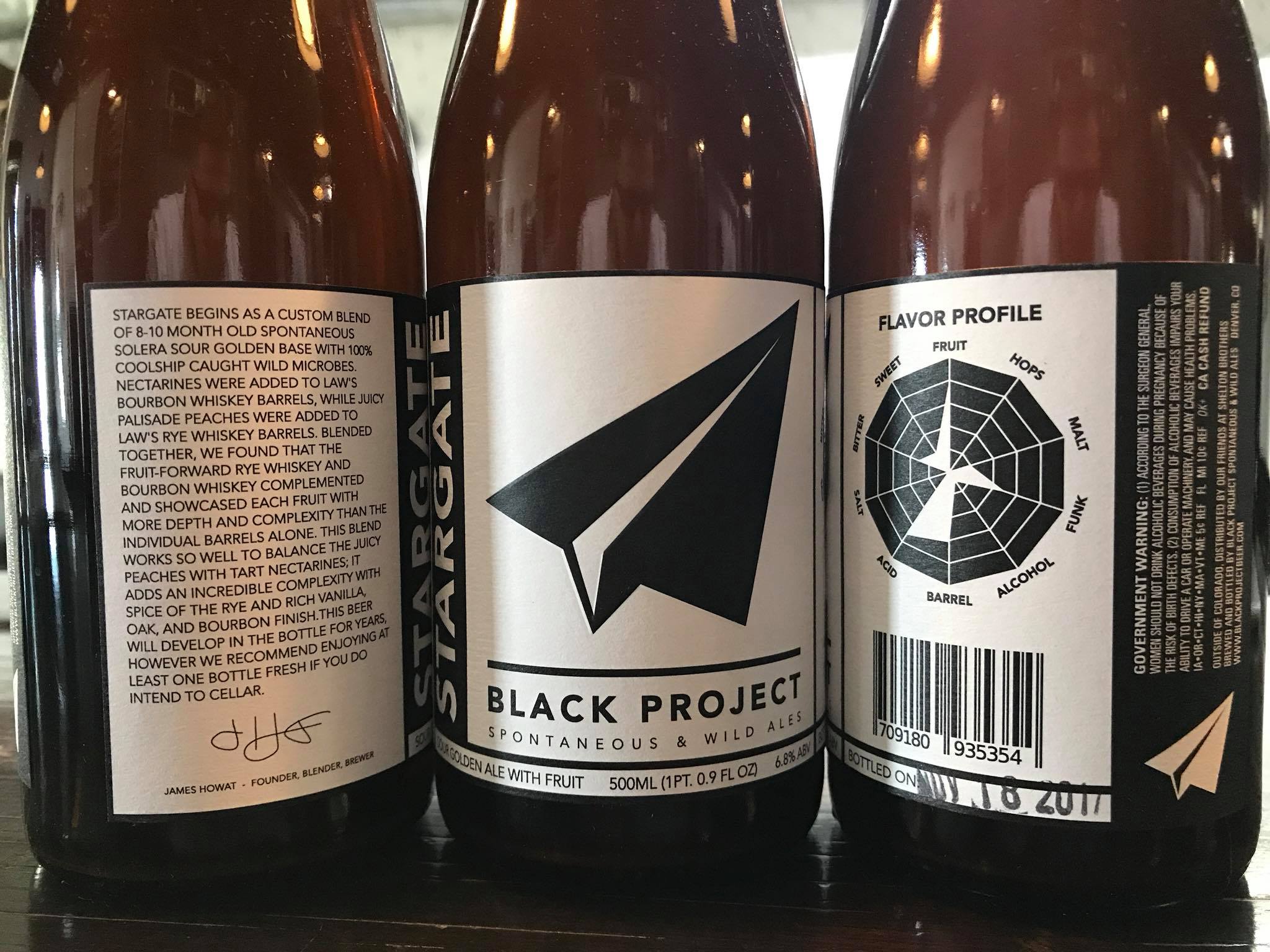 You don’t always have to trade for beer either. You can trade for services and not the type of services you are thinking of — this is beer after all. A lot of the hyped releases require luck in a beer lottery – where you enter and score the ticket to actually buy the beer or they require you to arrive hours before the brewery opens to stand in line. If you can’t be that person, you can always hunt down a mule. A mule is someone who will wait in line and buy the beer for a pre-determined trade amount. Mules are also useful for those breweries not easy to get to such as Weldwerks Brewing in Greeley or Outer Range in Frisco. Not everyone has the time to drive that far for each release, so mules get set up and beer from all parts of the state gets spread around.

Craft beer is a culture but more importantly, it’s a community. An all-inclusive community that is looking for new members each day so it doesn’t matter what you know as long as you come in looking for fun, new people and great beer the rest will happen naturally. Our one piece of advice? Start planning your beer cellar now because Colorado is overflowing with great everyday beers to the whales.