8 Boozy Winter Cocktails You Can Make at Home, Courtesy of Denver’s Beverage Vets

Sometimes it feels like the older we get, the less holiday spirit we have. We found a way to make you feel the same excitement you did on Christmas morning as a child at 6 a.m. when you rushed to presents — but with booze. We caught up with some of Denver’s best chefs and bartenders to share recipes for holiday cocktails that you can make at home to stay warm all winter long. 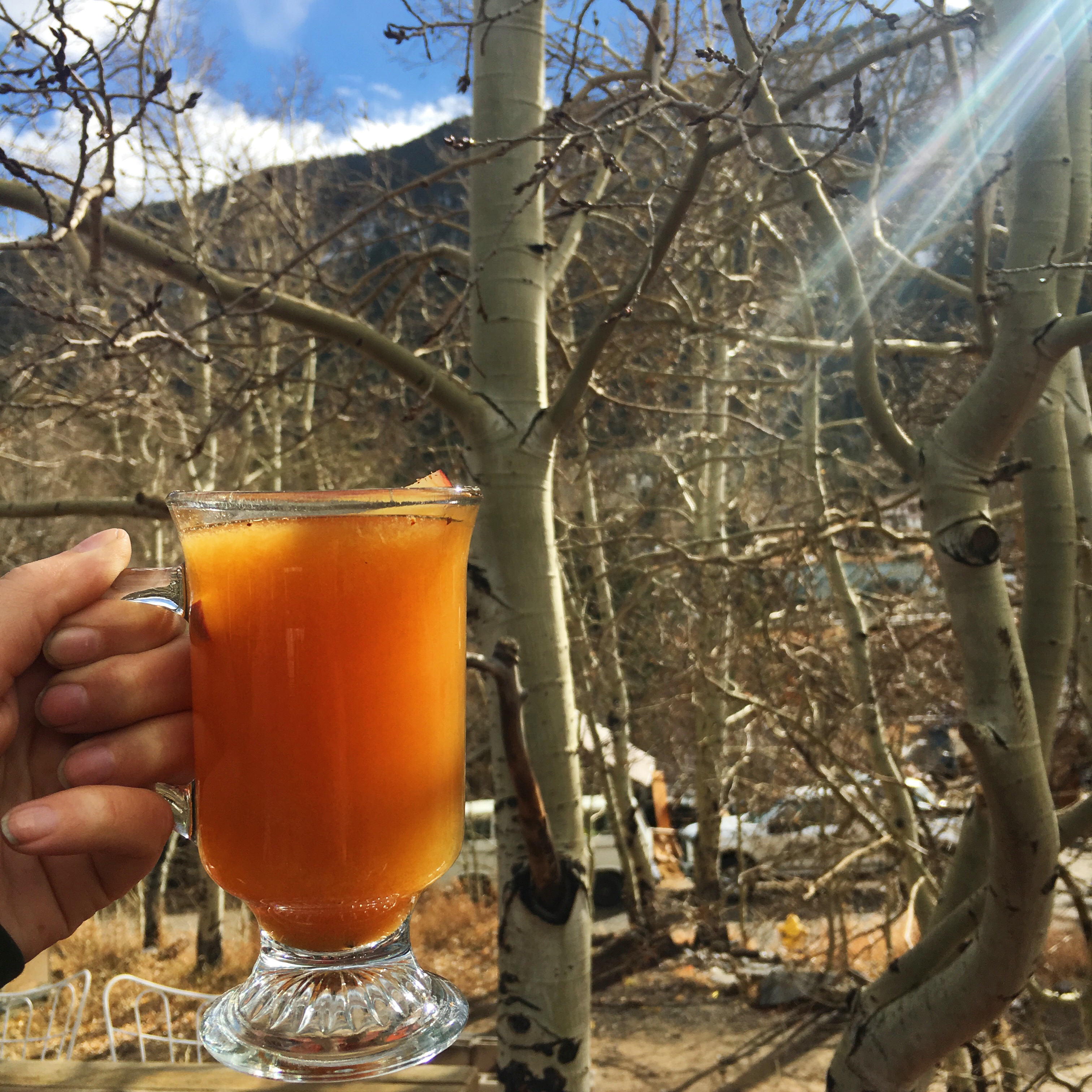 The Lowdown: You can’t find this cider on the regular bar menu at Avanti F&B, but you can catch bar manager Jason Snopkoski serving it at a special event or two. After trying it at his event at Bread Bar in Silver Plume with The Regional’s Kevin Grossi, we’ve made it at home three times.

Peel the oranges, slice the apples and oranges and set aside. In a large pot, add orange peels, cider, lemon juice, orange juice, cinnamon sticks, clove and star anise. Heat on medium-low for 30 minutes. To serve, add a shot or two of your choice of brown liquor (we like bourbon here) to a glass or mug and pour cider over it. Top with fresh fruit slices and ground clove. Serve warm.

Tip: To keep apple garnishes from browning, toss in a little lemon juice and water. 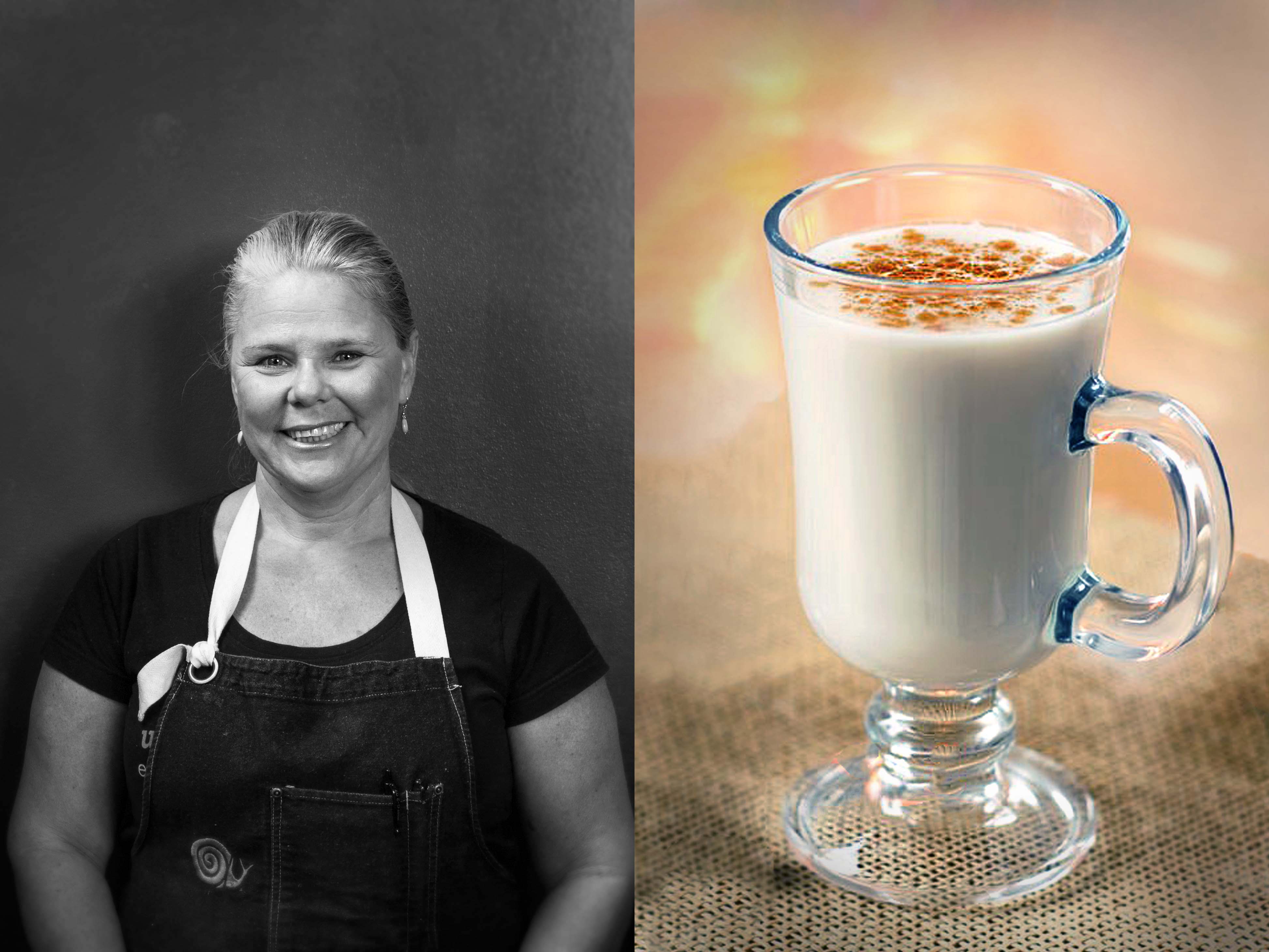 The Lowdown: Sometimes we get lucky enough to have chefs and bar managers share recipes from their families. This month, Jen Jasinski – chef-owner of Uteria, Stoic + Genuine, Bistro Vendome and more — shared her grandmother Darling’s recipe in another holiday recipe piece. It’s worth mentioning again.

In a bowl, beat egg whites until stiff peaks form. In a separate bowl, beat yolks until thick and creamy yellow.  Beat these together until well blended, then gradually add powdered sugar until well blended. (It will keep at this stage in the refrigerator for several days, but if you do store the batter, you must beat before using.)

When ready to serve, heat milk (do not boil).

In a serving cup, add 1 ounce bourbon, brandy, or rum. Add 2 to 3 tablespoons batter and mix well. Then add hot milk and sprinkle with nutmeg to taste. 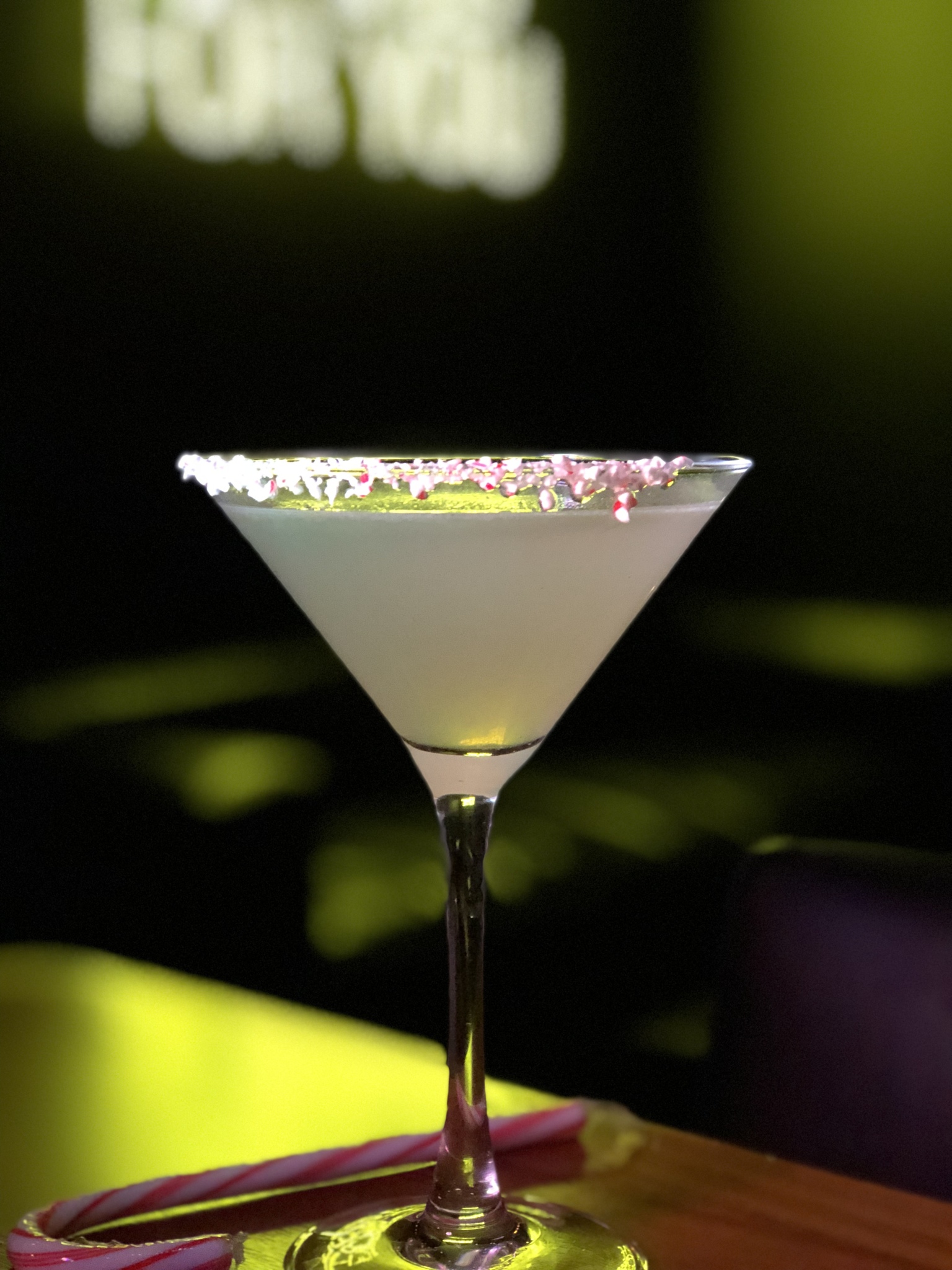 The Lowdown: The real Grinch may have hated Christmas, but this cocktail will remind you why you love it. The candy cane rim puts a festive touch on a drink you’ll be happy you didn’t cancel that 6:30 p.m. dinner with yourself. 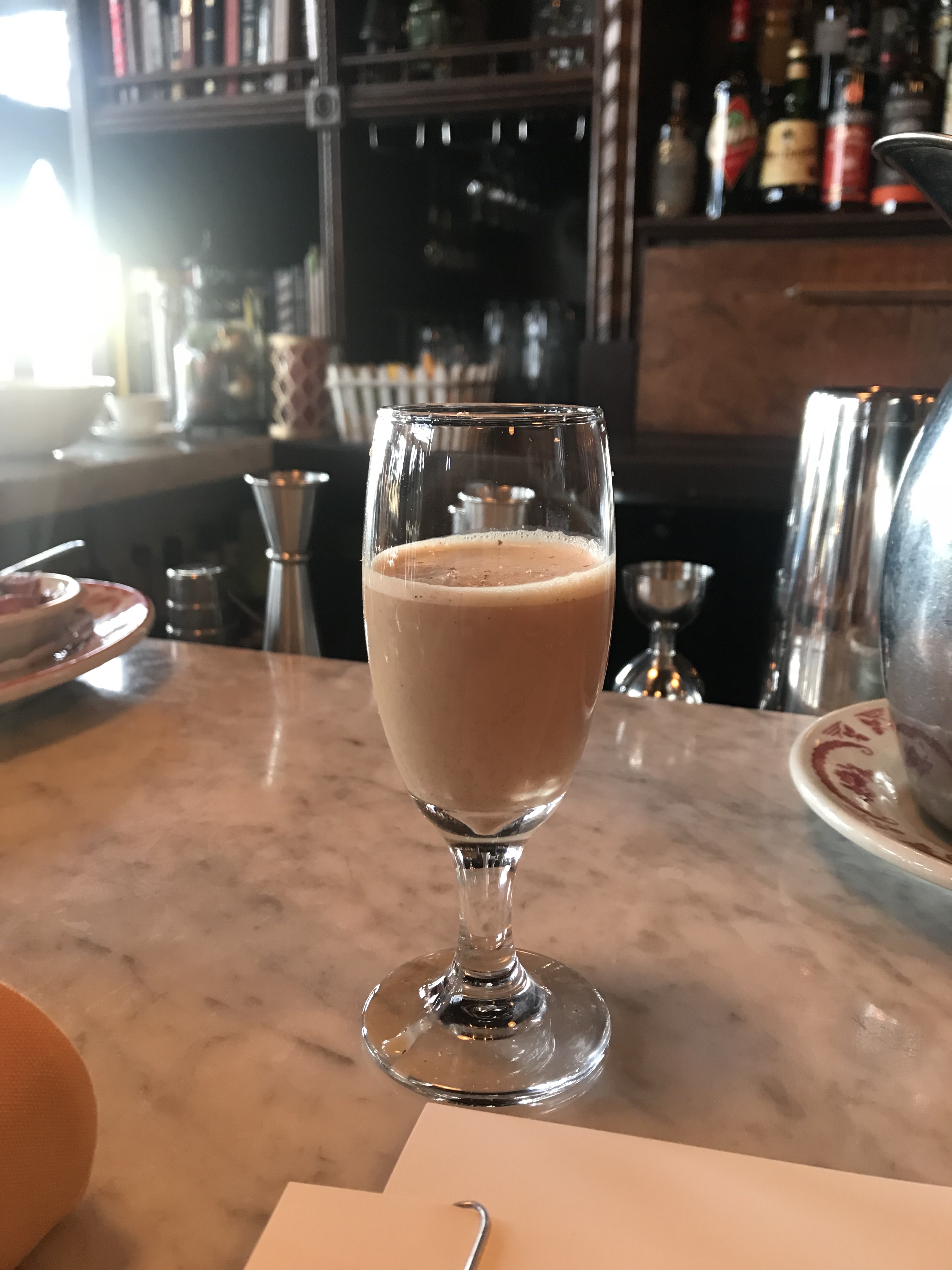 The Lowdown: Just say no to that back-of-the-fridge carton of eggnog. After you try this one from Coperta and Beast + Bottle’s  beverage director Jon Feuersanger, you’ll never go back. It proves that, sometimes, you can’t beat a classic.

Combine all ingredients in a blender on low for 2-3 minutes. Double strain and bottle. Store in refrigerator until served. 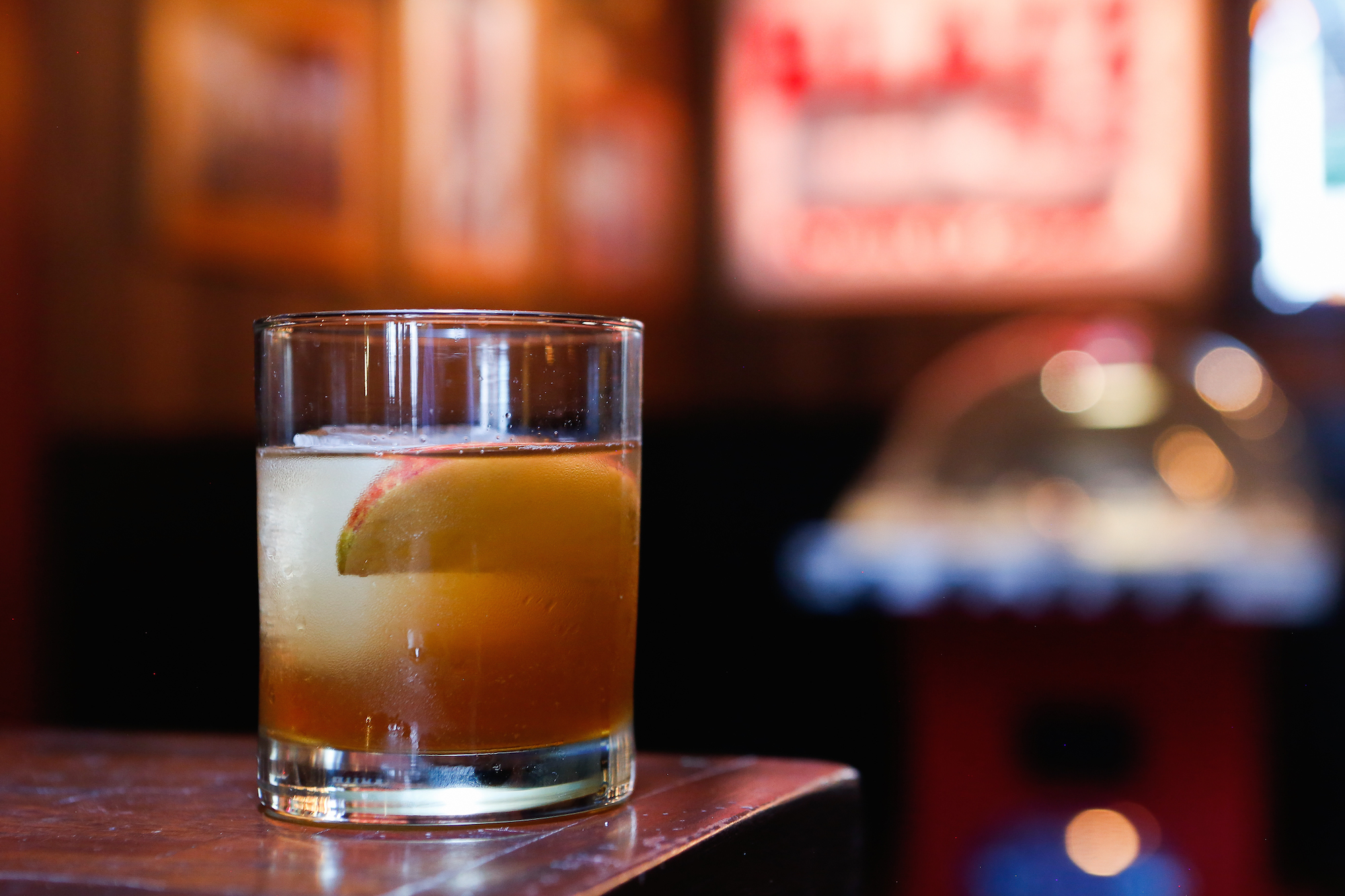 Combine ingredients in a mixing glass. Add ice and stir. Strain into an old fashioned glass over one large ice cube. Garnish with a sliced apple. 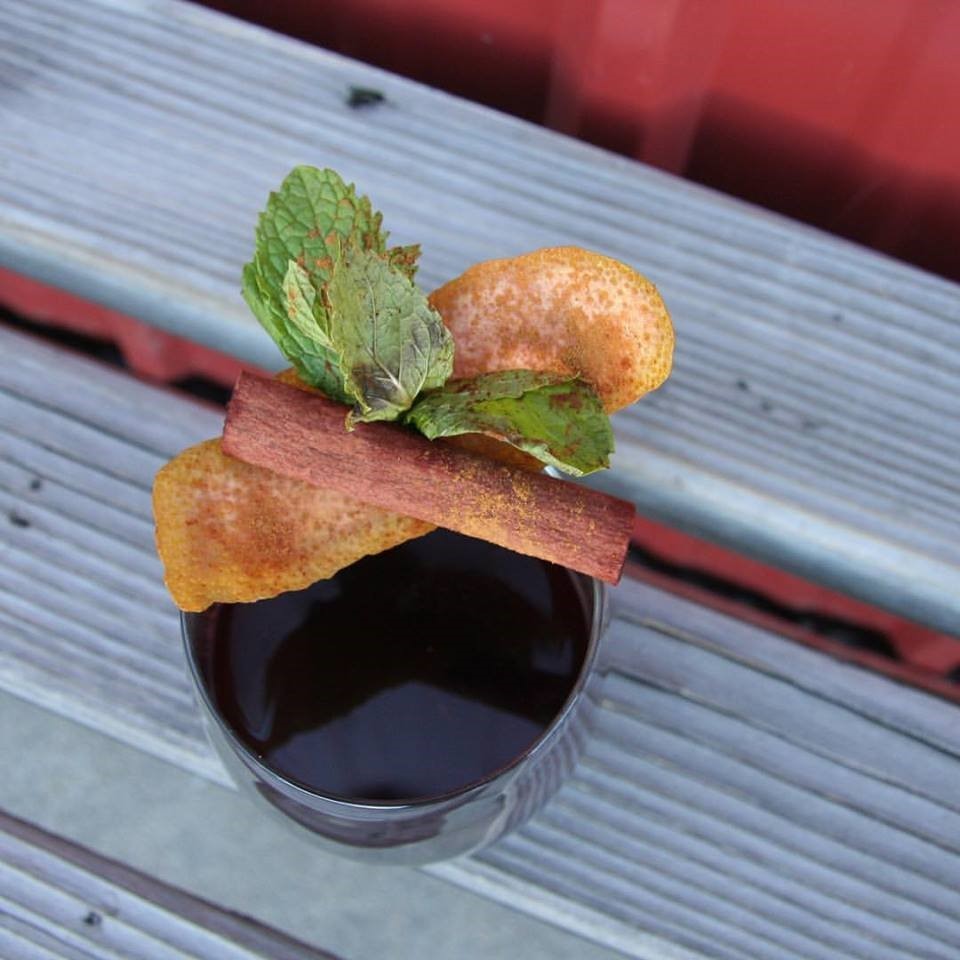 The Lowdown: We all love wine, but what’s even better than just normal wine? Holiday wine. The Infinite Monkey Theorem’s Mulled Wine recipe will get you to put down that bottle of simple red and put you straight in the holiday spirit.

Place all ingredients in a small saucepan over medium heat and bring to a boil. Stir until sugar is completely dissolved. Once dissolved, remove from heat and let cool. For easier service strain out orange, cinnamon stick and ginger.

Ladle into a coffee mug. Garnish with sliced orange and or a cinnamon stick 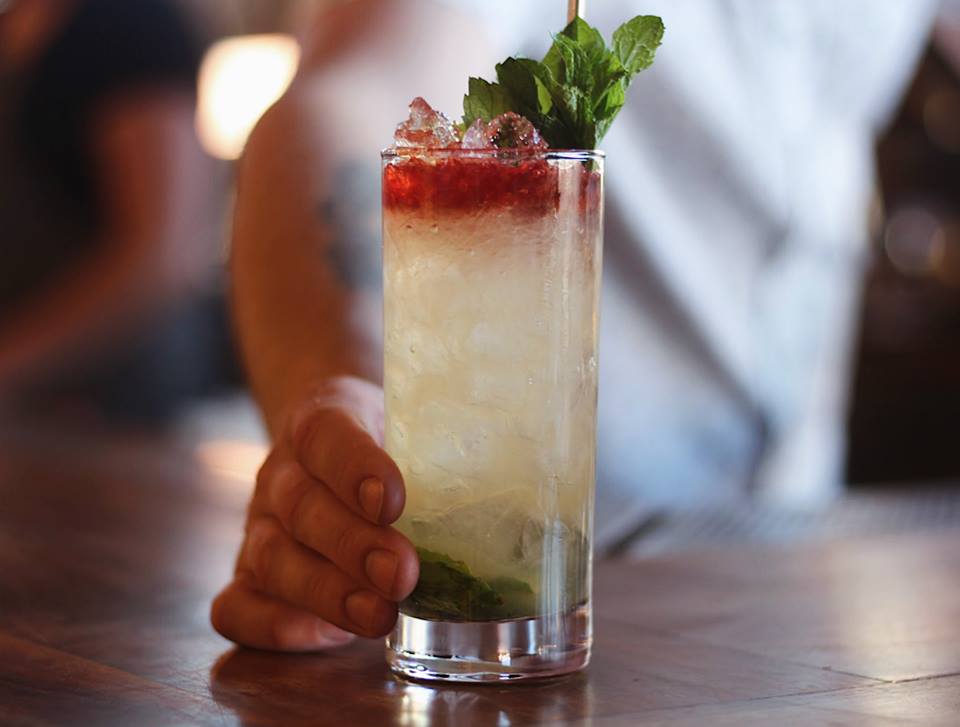 The Lowdown: The Queen’s Park Swizzle isn’t just fun to say but is an amazing cocktail that bartenders at CURIO came up with to make sure you aren’t stuck drinking the same old drink this season. 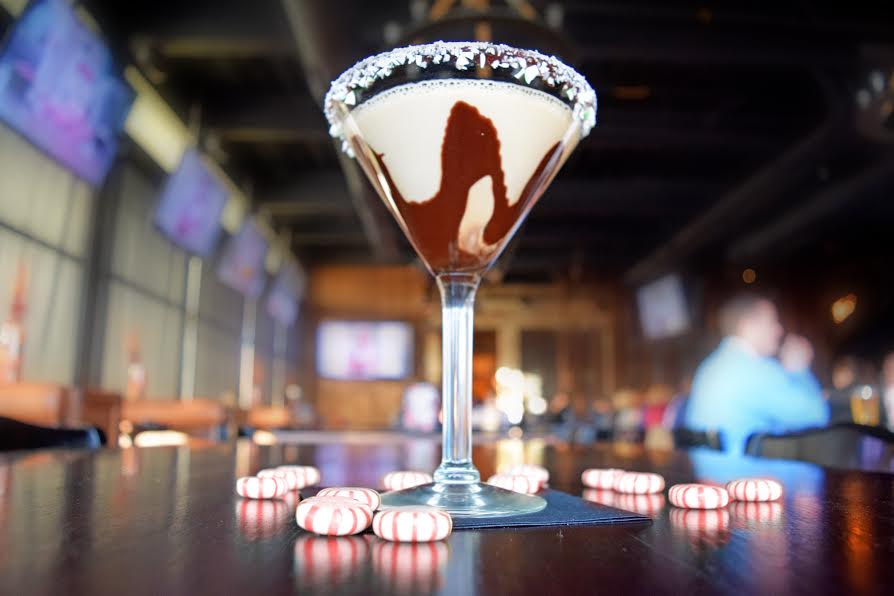 The Lowdown: This cocktail is perfect if you are trying to stick to the Elf version of the four main food groups this holiday season. The ViewHouse came up with the drink that mixes everyone’s favorite things – booze and chocolate.

Swirl chocolate into the inside of a martini glass. Dip the entire rim of glass into chocolate, then rim the glass with peppermint candy chips. Shake vodka, simple syrup and heavy cream together with ice. Strain into prepared glass.