How do we end violence towards women? It’s a question that many of us have personal trials and tribulations with, but most can agree the answer isn’t simple. According to RAINN (Rape, Abuse and Incest National Network), every 98 seconds an American is sexually assaulted. On average, there are 321,500 victims (age 12 or older) in the United States, and one out of every six American women is a victim.

So, what can we do? It doesn’t matter if you’re male or female, or someone who has been personally affected or not, there are ways to prevent this. In Kenya, statistics analyzed that one in every four women was a victim of rape, but after an organization called No Means No Worldwide (NMNW) began to require boys to attend “consent classes” on how to respect females, while girls were taught self-defense. And the results were astounding. Cases of violence toward women lowered by 50 percent. 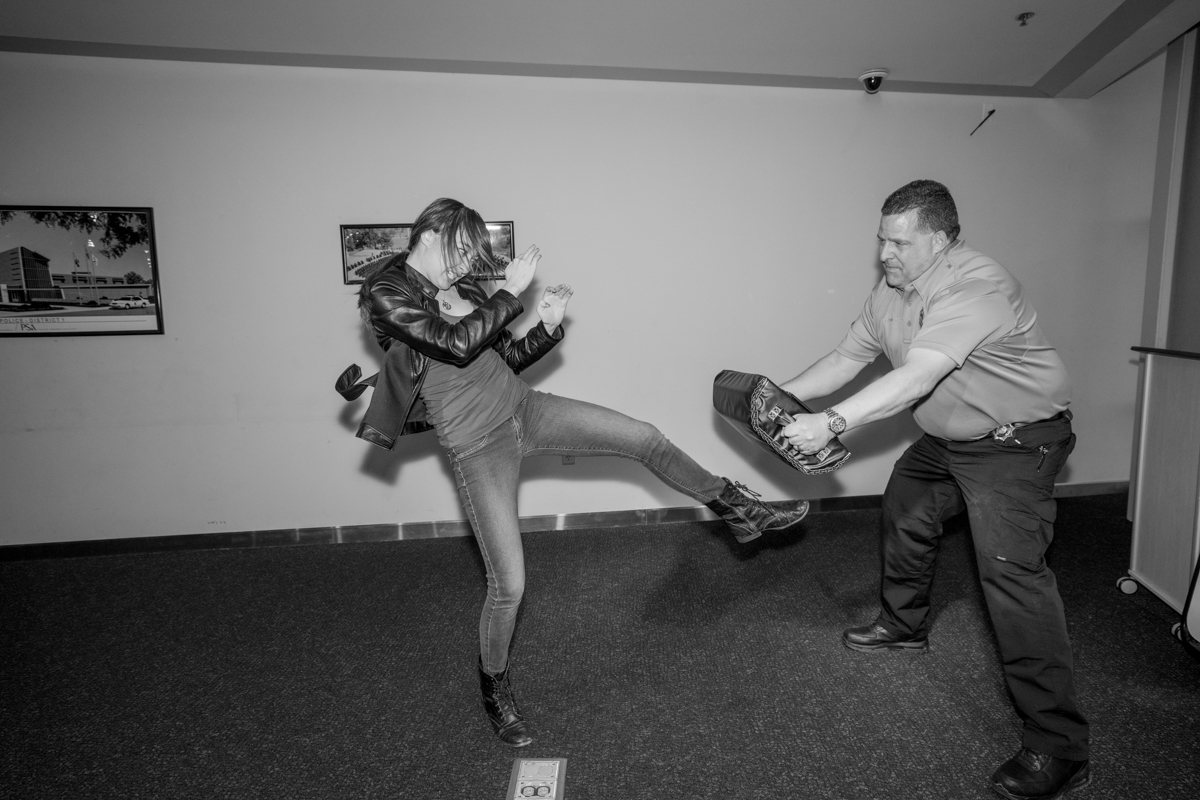 The Denver Police Department is following suit. Free women’s self-defense classes have been provided by the force since 2010, but in light of #metoo and other news circulation, the officers started to realize they could do even more. So they made classes longer, more frequent and even added more self-defense moves to the itinerary.

“We added more classes because after #metoo, we definitely wanted to be more proactive. District 1 does at least twelve classes. Is there a need for more classes? Absolutely. It’s Christmas, but I don’t care. We need to empower more people and make them feel more confident. If that means doing five more classes by the end of the year, then so be it,” Sergeant Noel Ikeda said. 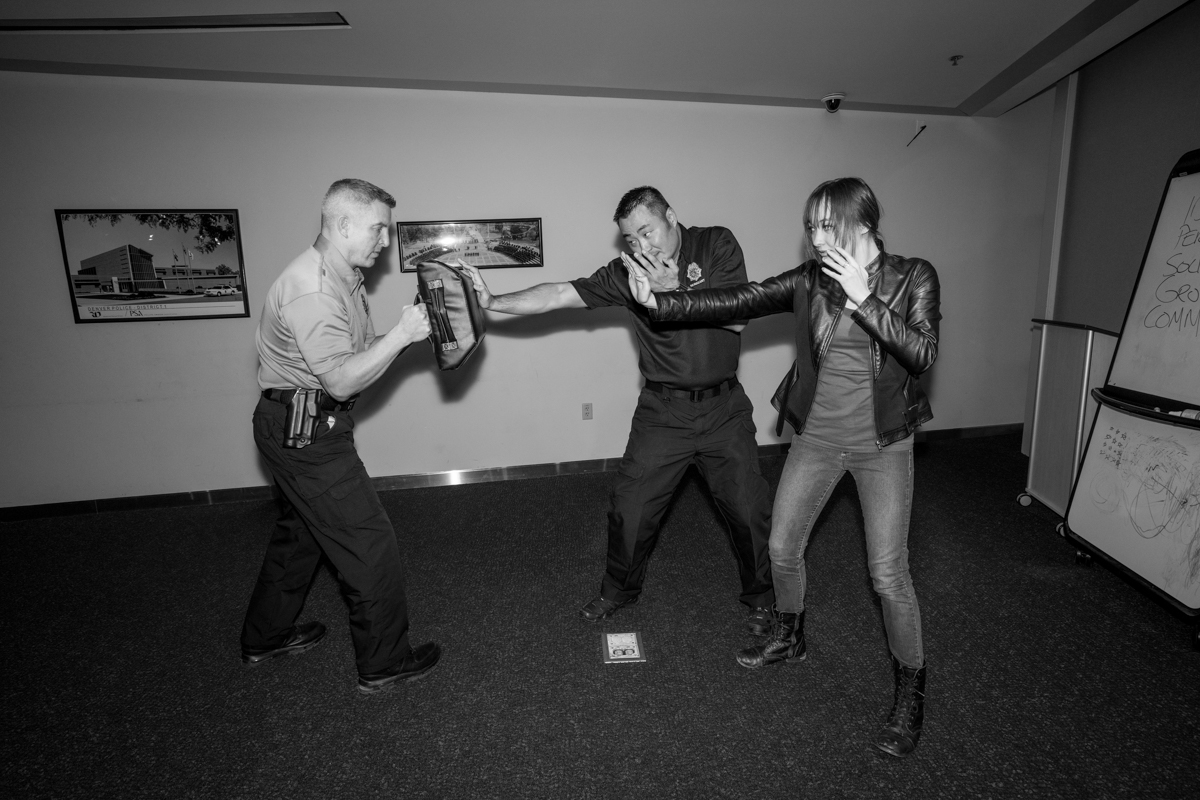 Ikeda, who has been a Denver police officer for over 17 years, said that the need for more self-defense classes stemmed from interviewing victims.

“A lot of the victims who have regret tell me, ‘I should’ve done this. I could’ve done this,’ but if they just knew the simple basic concepts of self-defense, they wouldn’t be victims,” Ikeda said.

Knowing self-defense might not totally eliminate the possibility of an attack, but Ikeda believes that women who attempt to protect themselves feel better about the situation.

“If you had fought back, yes you’d still have counseling and you would still cry, but in the end you’d say ‘I fought back. I did something about it,’” Ikeda said.

“What we want most is the empowerment of these ladies, so that they won’t be victims anymore. Part of our mantra is, ‘I am not a victim.’ I want them to go out there and be confident and strong.”

Ikeda says that his own personal experience with violence and need to give back to his hometown is what made him want to emphasize the need for more education in crime prevention.

“I’ve always had family members who were victims of crime and I felt pretty helpless. But I realized I could make a difference. I went to school in DPS and at CU Boulder, so it’s giving back to the community that has given so much to me,” Ikeda said.

“My parents came from Japan. I’m from an immigrant family. There are so many resources that Denver public schools provided me, so that I could have an education,” he said.

Ikeda teaches the monthly classes with his teenage daughter, Tristan Ikeda, who is a second-degree black belt in karate to make his students feel comfortable.

“I joke about it, but I’m a six-foot Asian male teaching ladies—so why listen to me? That’s why I bring my daughter. She’s 5’5”, so I wanted to show if she can do it, you can do it too,” Ikeda said.

Since his daughter is well trained, Ikeda says he doesn’t have to worry about her, and wants other parents to feel the same. It’s also a father-daughter bonding experience.

“Tristan and I get the opportunity to train women from all walks of life to empower them the same way.”

The first half hour is a Powerpoint-instructed lesson on how to prevent an attack, but later Ikeda and his daughter show you some Krav Maga moves that the police force actually uses.

“Krav Maga is effective for kids as young as six to up to 100 years old. It’s easy to use. It’s not difficult. It [the self-defense class] started with some hand strikes. Some kicks. Choke defenses. Now we have blocks. We have multiple choke defenses. We want to give as much information in four hours because we realize martial arts schools are expensive and who has the time to go every night?” Ikeda said.

Krav Maga, which is known as contact combat, is commonly used in Israel for training in self-defense.

“All their citizens have to serve the Israel Defense Forces (IDF) for a couple years so early on they’re training kids, the elderly and adults because they know that’s part of their living in their country and they have to protect it,” Ikeda said.

The moves are simple to learn and very effective. According to Ikeda, watching the women learn blocks is very emotional.

“You have these ladies yelling and screaming ‘Get back. I am not a victim.’ They’re pumping their fists and it’s empowering that a simple tool like that has made them more confident,” he said. 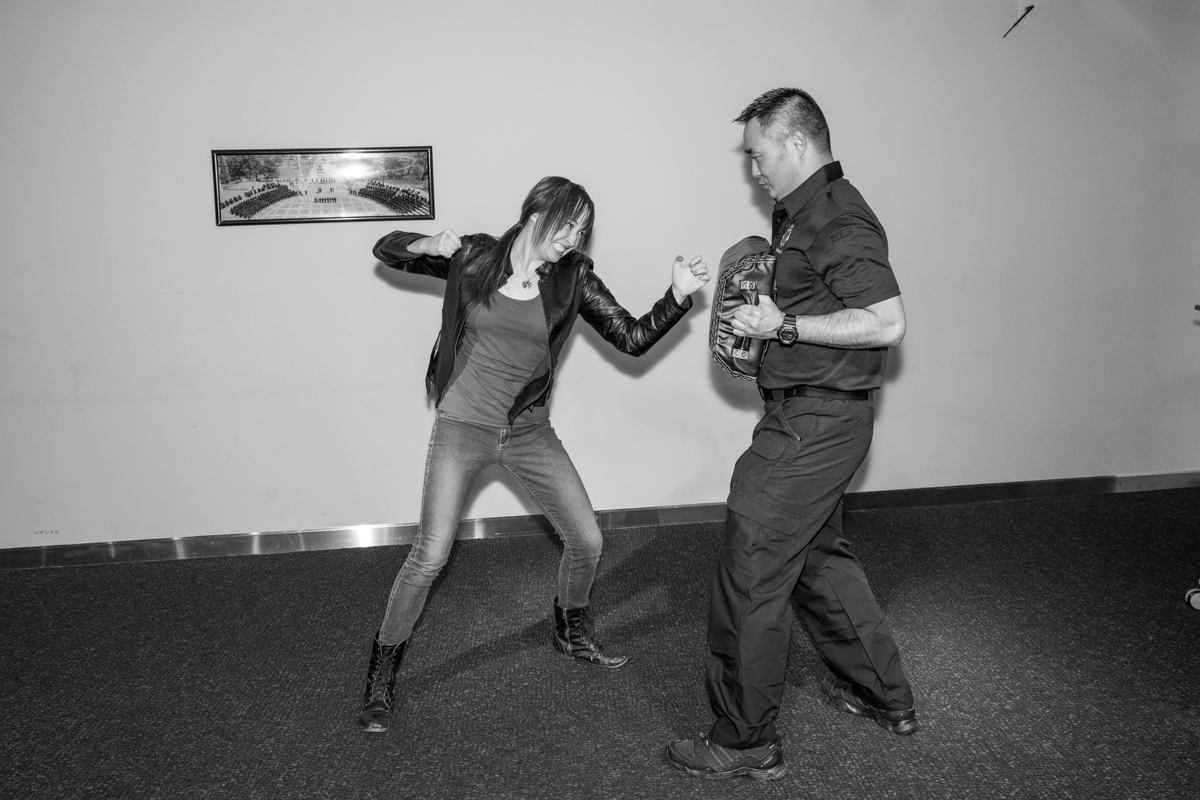 The main point that Ikeda focuses on is to be loud and listen to your gut.

“I want them to listen to their red flags. If something is telling you it’s wrong, it’s wrong. That can actually help you out tremendously,” Ikeda said.

According to Ikeda, most attacks are from someone that you know, but in any situation, it’s important to be vocal.

“When you are afraid, you freeze and the panic sets. When you start yelling and screaming, the decision-making starts,” Ikeda said.

We got to witness Ikeda teach a group of girl scouts some self-defense moves and it got pretty intense. Ikeda says that the self-defense blocks are the same for all ages, and he actually has taught a girl as young as six and a 90-something-year-old woman from a nursing home how to use her walker to prevent an attacker from getting close. It definitely tears at your heartstrings to watch a group of little girls scream in order to practice defending themselves.

“I will have a fake rubber knife and a fake gun. And I just put it on the ground and I have them sit down (with parents in the back) and say ‘Hey look, if you see a knife on the playground, what do you do?’ A lot of the kids say, ‘I’d pick it up.’ Well, I wanted the parents to see that,” he said.

Ikeda says that teaching little ones is sometimes easier because the parents reinforce it and with teaching adults, it can be emotional since a lot of the students in the class are victims. Instead of having the students practice moves on each other, he asks them to imagine their attacker.

“I’ve had many students who told me afterwards that they were victims and you see that.”

For Ikeda, the best part of teaching the classes is helping women make progress and feel confident even if they have been hurt before. He says he has taken many women to get coffee after class and talk.

“I may not be able to heal all the wounds. That’s not our goal here. But I want to empower them a little bit so that they can move on a little more. I look back and I see all these powerful women and they walk out there with so much confidence,” he said.

“It’s amazing what they can do. I thank them for coming to the class. It must’ve been the hardest thing they could have done.” 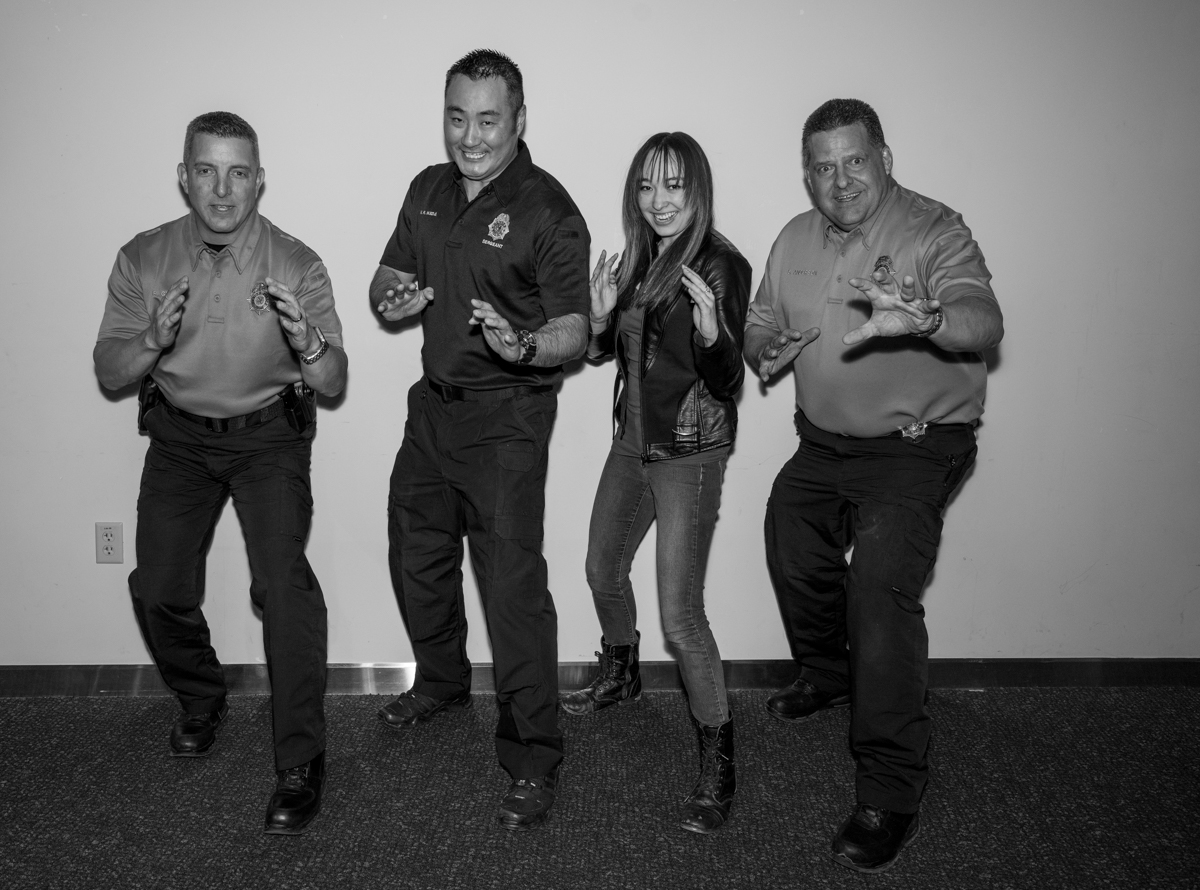