We all know the Mecca of bluegrass is deep in those Nederland hills, and no one can attest to that like the members of newish Colorado super-group 300 Days. With a lineup of Nick Dunbar from Mountain Standard Time, Dave Solzberg from Fox Steet Allstars and Melissa McGinley from the StereoFidelics, this trio is sure to speak to the hearts of any version of bluegrass fan there is.

Now with their music up on all of the common platforms like iTunes, Spotify and Apple Music, the group is revving up to play a few months of nearby shows, and Nick and Dave chatted us up on what it’s like to jump back into the game wearing a new uniform. Once you read how they have found their way back on stage, check their recent schedule and nab tickets here. 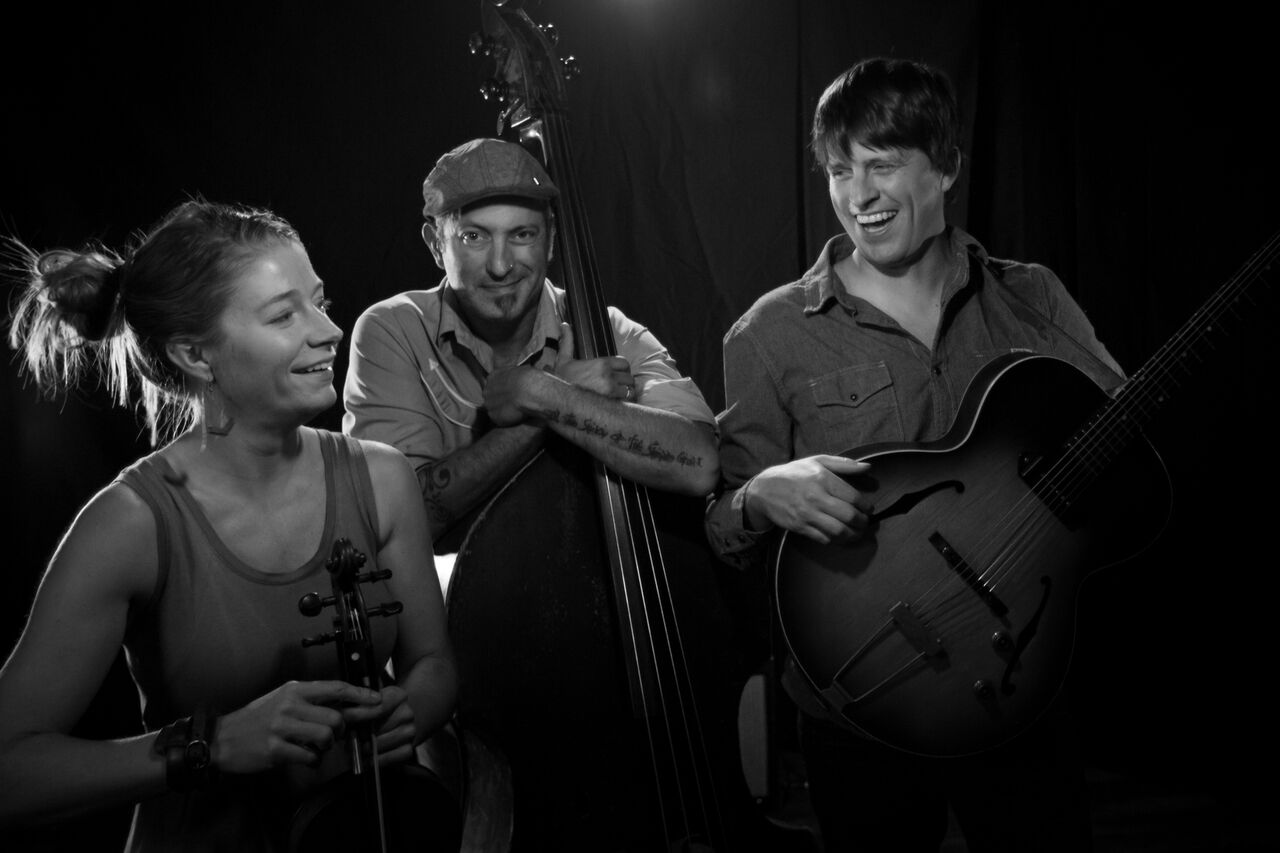 303 Magazine: Thank you so much for talking with us today. What are you up to in Longmont?

Nick Dunbar: We haven’t played in a while so we are rehearsing. We have a bunch of shows coming up, so we have to get ready.

303: You three are somewhat of a supergroup — coming from StereoFidelics, Mountain Standard Time and Fox Street All Stars. How did you come together?

ND: Dave has lived in Nederland for about 25 years and he was just one of those monster musicians who was in the area who we always picked with. When Mountain Standard Time stopped playing, we played in a band together called the Square Groupers. When Melissa McGinley moved to town I had heard that she was a great player, and invited her to come sit in at a gig we had at Stem Ciders, and it was other-worldly.

We’ve played together, we have the same vision, we have all done touring. We all know the best bands are the ones that last and are committed to each other, not only musically but personally. It is so much better to have this flow and not all of the pressure.

303: What was your initial goal with 300 Days and how has that changed?

ND: I think since we were all from professional groups it is difficult to do the half-assed side band thing. When you have the closeness within a band, it is hard to just play a couple of gigs here and there. I think the group was committed to doing something solid and tight and to hopefully building a following in Colorado.

ND: We are just happy to play and what opportunities arise, we are good with. It is nice being a trio, since the travel is a lot lighter.

303: Coming from different bands, is it a challenge to ditch the ideals of your previous projects to form 300 Days?

ND: It’s weird for me because of a lot of the material. I write a lot of the material and then I bring it to the band and then we bring it all together. Some older material I just want to shoot and bury, some other material sounds better with this group than before. There are definitely lines that crossover but we try to do something original. We know what did well in our other projects and we need to be conscious of that because we are here to serve. We are here to play music for people and make them feel good. This group is dedicated to that.

303: You have an upcoming show opening for the Dustbowl Revival on December 10 at Globe Hall, how exciting! After only being a band since last year, is that a bit surreal?

DS: This is actually our second time playing with them. We played with them about six or eight months ago.

ND: Yeah, and that was awesome because Dustbowl actually requested us.

DS: It was a really nice compliment. I think our music fits with theirs really well, and they are great guys and gal. It is really cool that they asked us to play with them this time, too.

303: On top of that, you have a slew of shows all over the Denver area. What would be the ultimate venue or performance for 300 Days?

ND: Yeah, we are just trying to grind right now and get ourselves out there. Telluride, RockyGrass or anything Planet Bluegrass.

DS: Probably the pyramids in Egypt. [laughs] No, at this point I just want to play good shows. As far as a choice of venue, obviously we would all love to play Red Rocks.

303: Can you tell us what fans can expect at your upcoming show at Globe Hall?

ND: Solid songs, great energy and great musicianship. Hopefully, the melodies get in your head as you head out to the food truck.

This interview has been condensed and edited. Go here for information on upcoming shows and tickets.