You may have passed by the Dikeou Collection’s pop-up location on Colfax without noticing it, but beginning this weekend, there is a great new reason to find and explore the hidden gallery. London-based artist Sarah Staton will showcase SupaStore Human: We Are the Product, a mini art market with items for sale opening to the public on December 15 and running through February 2018. SupaStore is a series that has been evolving for two decades, where Staton curates a “store” setting for art pieces created by artists of her choosing.

More than 100 artists, ranging in talent from amateur to well-established practician, have been involved in Staton’s SupaStore over the years, and different iterations of the shop have been installed all over the world. The Denver edition of SupaStore is called Human: We Are the Product partly because plaster casts of legs, arms, feet and hands of people living in Denver will be part of her exhibition. Before opening the store as a public exhibition, Staton is inviting people to participate with her in a plaster casting workshop on December 14 from 6 to 8 p.m. at the pop-up location on Colfax. 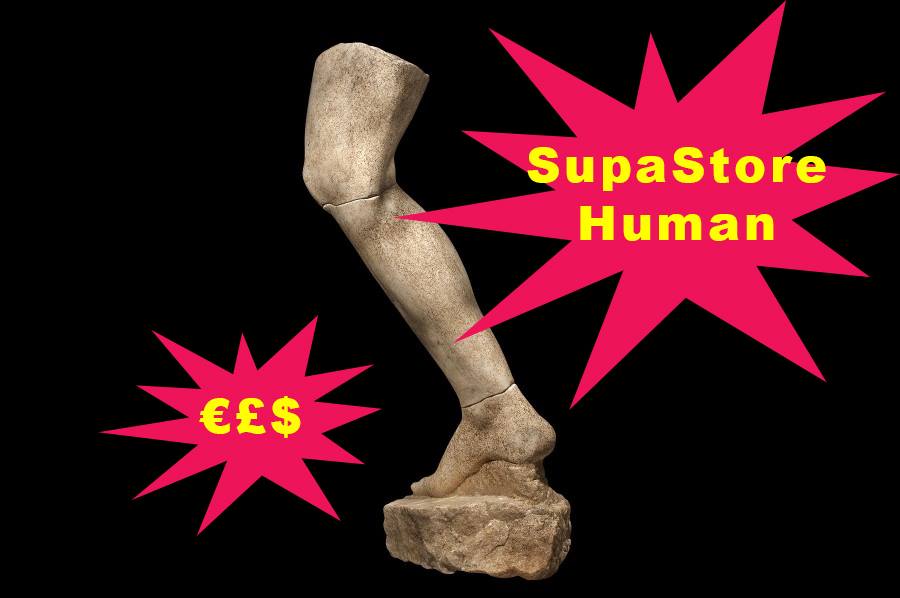 “SupaStore began as a market for artists to share objects and ideas, with the option to buy from each other if they chose too,” Staton explained. “In that way, I sought a reference to the Greek Agora where discussion and trade were established as founding principles of European life.” Through the years, the store has branched out from direct trade between artists to an actual store for anyone to purchase original art. The art made for each SupaStore is designed like fashion— in regards to how it can be used and how the products are displayed at the store. By fusing art with the concept of shopping, Staton hopes to elevate both to a higher level.

SupaStore Human: We Are the Product is inspired by the impending robotic age, according to Staton, where we must take into consideration how we are to move forward with artificial intelligence and other technological innovations instead of being hindered by them. The underlying framework for this installation is much like the framework for all SupaStores— the idea that trade, art, wisdom and craft can be synergistic. These traits were known in Ancient Greece to be associated with the goddess Minerva, and Staton uses this symbolism to represent the “classical origins of these now mechanized interactions.” Buying and selling art can be an enriching, enlightening experience— but not if you’re picking up a mass-produced canvas at Target.

The Dikeou Collection is known for bringing edgy, contemporary art to Denver with both of its locations. The pop-up is in what used to be Jerry’s Record Exchange (and they even kept some of the vinyls from the store) and will make a fitting setting for this installation. Not only will there be items for sale, there will also be some items from the very first SupaStore on display.

“The SupaStore likes to make connections and how better to do this than by asking the Denver community to loan their limbs for a casting project,” Staton remarked. An RSVP is required, as space is limited.