Luke and Kayleen Woodcock gave and got back this year. The young couple is one of 31 families who finalized an adoption on Denver’s annual National Adoption Day— an event that raises awareness for the 110,00 children in foster care awaiting adoption across the United States. Their new son Henry is one of 44 children that were adopted on November 16, representing the collective effort of policymakers, practitioners and advocates to remove more children from foster care within the Denver county. 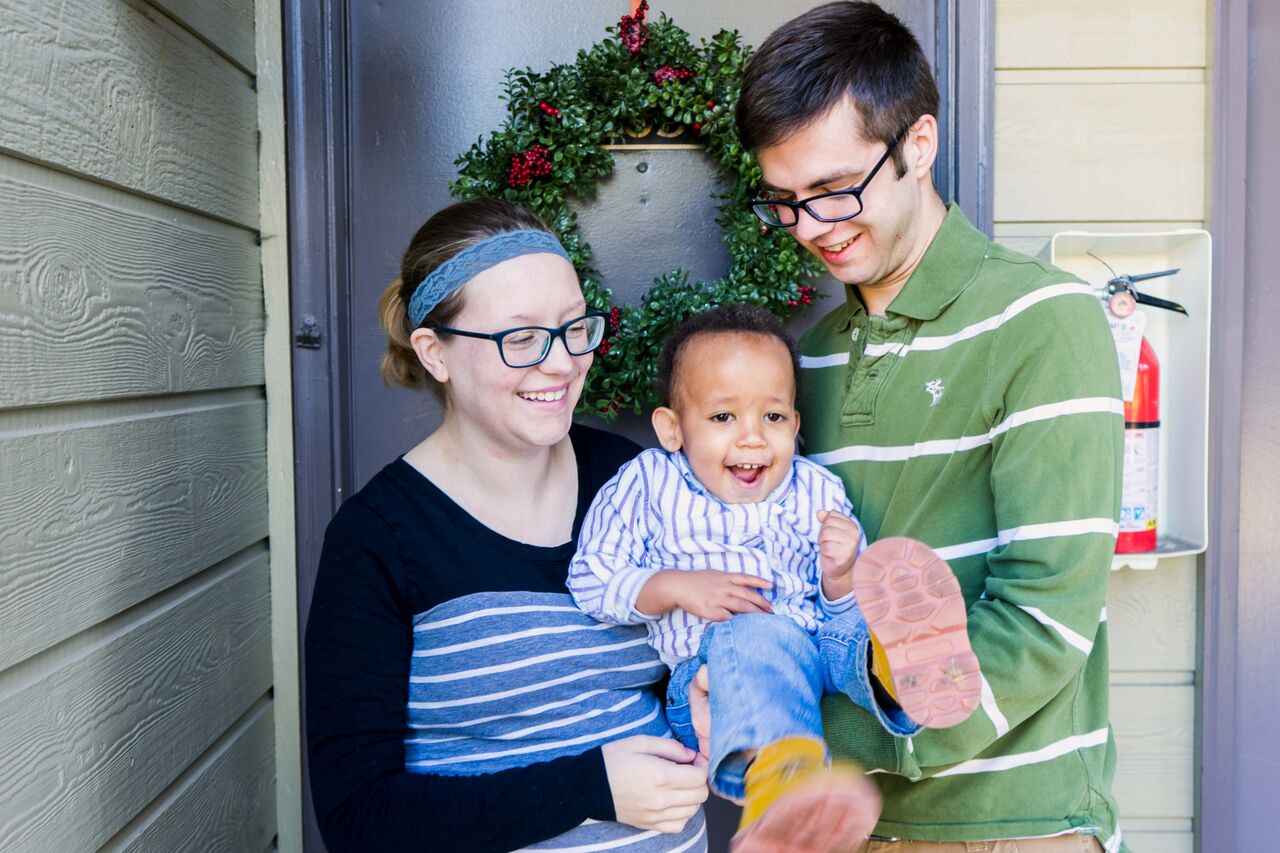 From left, Kayleen, Henry and Luke Woodcock. All photography by Kacie Loura.

The Woodcocks decided on adoption after learning Kayleen would not bear children unless she had surgery to cure her endometriosis. She did get the surgery, and the couple got a call about Henry three weeks before learning of their pregnancy. “I had my surgery in October 2016, matched with Henry at the beginning of January and he came home in March,” Kayleen confirmed.

Craig Wells, the Marketing & Communications Coordinator of Denver Human Services said, “In Denver, on a given day there are over 900 kids that are in custody.” Half of these children are placed in the care of relatives, leaving 150 foster homes available for the remainder.

The need for foster homes is even larger for teens.  Kensie Cembalisty the Woodcocks caseworker stated, “Not every kid is going to fit with a family, especially the older children, it’s a lot harder to find families that are willing to take a kid who may have really bad behavioral issues.” Even so, the Woodcocks plan to look for a teenager if they decide to adopt in the future, which is an uncommon decision for most aspiring parents. A sentiment to which Kayleen replied, “It’s more difficult but there’s so many of them that never really have a chance, and they’re still sweet kids.”

Most of the cases completed on November 16 involved children under the age of 10. Wells said, “It just it sort of worked out that way. This year it seems that there were a lot of one and two years old’s.” 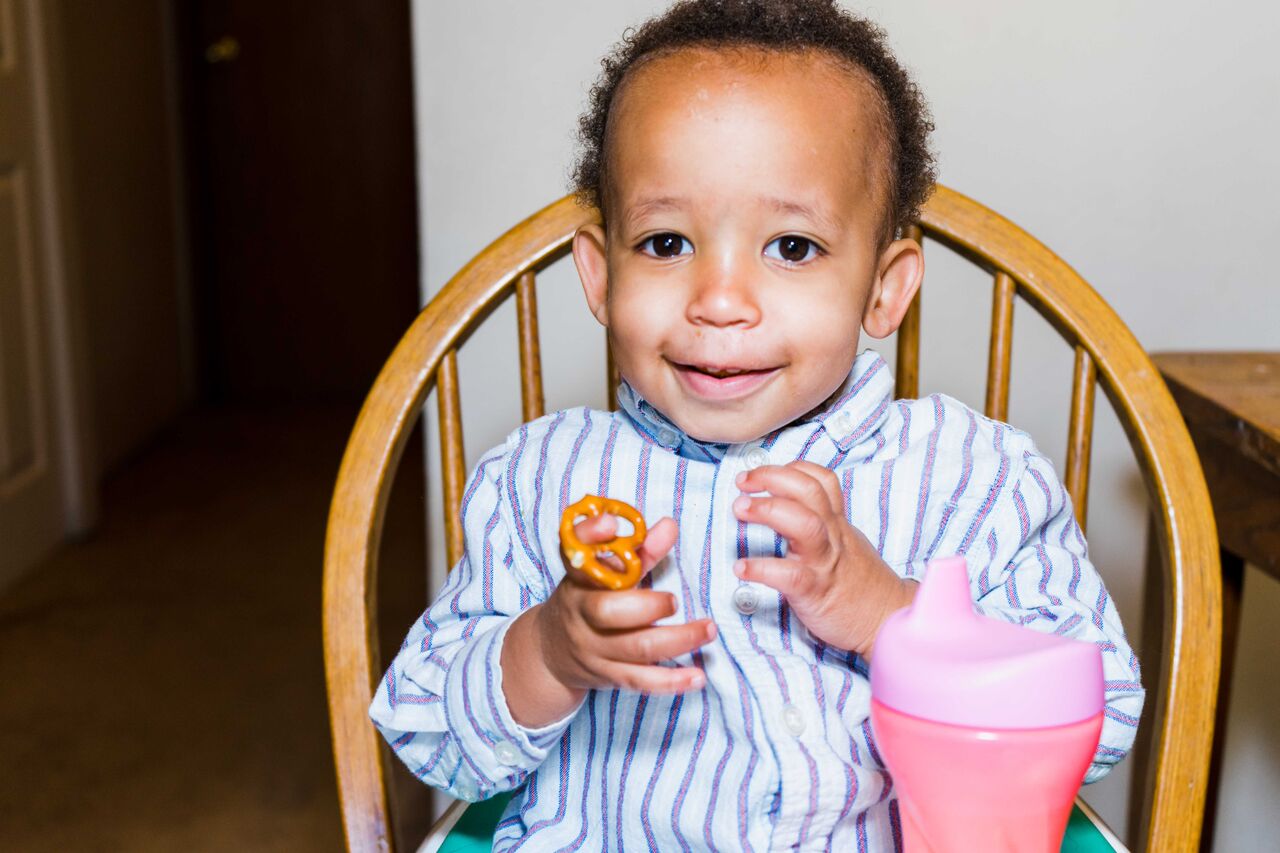 Henry enjoys a snack at the table. Photography by Kacie Loura.

“You have to be resilient because it can be really disappointing for families to get attached to children and then for those children to be reunited with their families,” said Cembalisty.

For child welfare cases such as Henry’s subsidiary negotiations take place — after parental rights are terminated — to discuss the appropriate support a child with special needs will receive. Henry gets physical, cognitive and social therapy at daycare due to the effects of his mother’s drug use. Kayleen said of the process, “The subsidiary really helps because when either of his therapists recommends anything for him, that’s what that’s there for.”

Legal reviews follow to ensure the child is lawfully available for adoption. Finally, the court sets a date for an adoption hearing where paperwork is filled out and the child can go home. 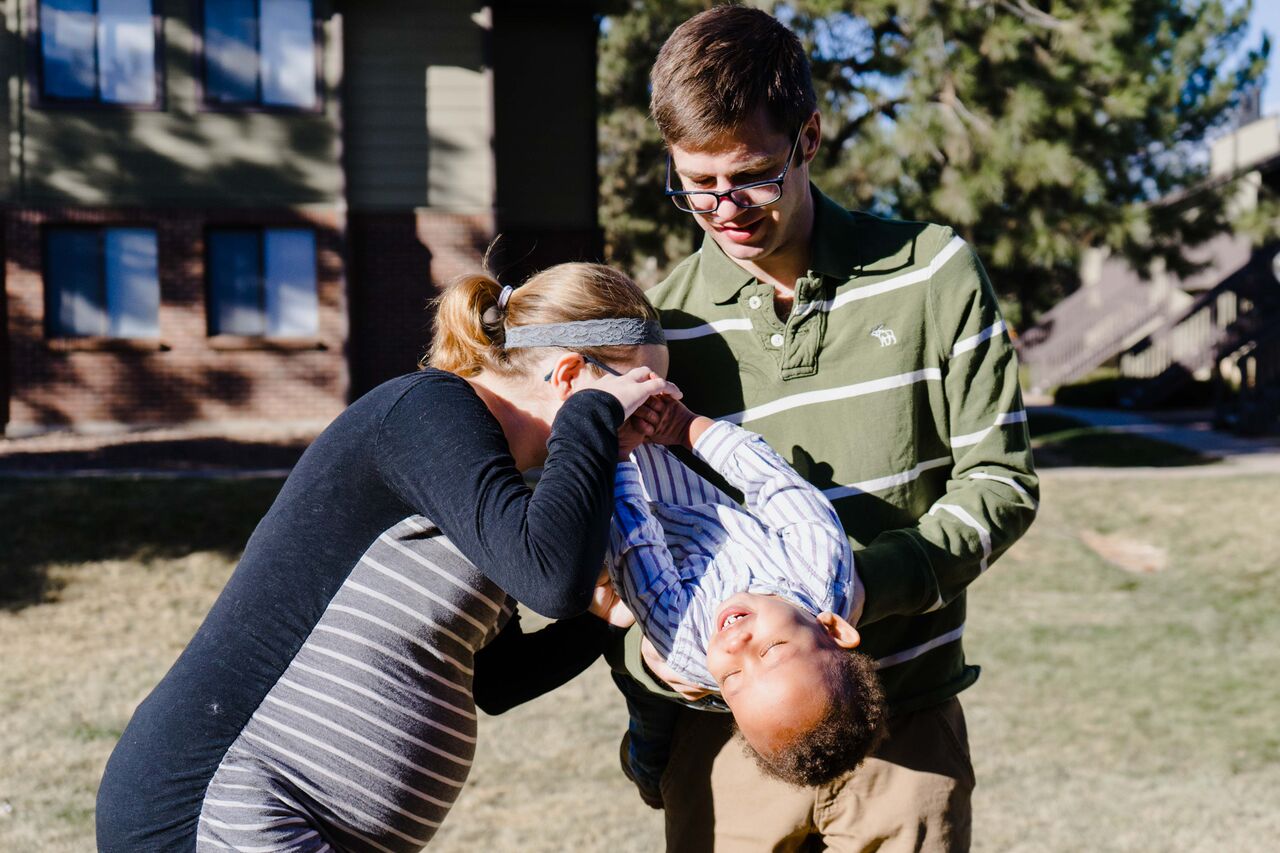 The Woodcocks have some fun in the sun. Photography by Kacie Loura.

The goal is to try to reunite children with their biological families, however, that isn’t always the case. This is because for some children — like Henry –parental rights are terminated due to absent or unfit parents. The Woodcocks are open to Henry forming a relationship with his birth family, however, Henry’s mother continues to struggle with a drug addiction leaving the Woodcocks on defense. Kayleen stated, “If it got to the point where she was appropriate to have a relationship, we’d consider it and that would be more up to him as well.

Families such as the Woodcocks provide hope and a second chance to children all over the city. With such an uneven ratio of foster homes to children, it is crucial to continue to provide options for the little people who didn’t have a choice in being here. Wells concluded, “There is still a need for foster families.”