Many people will agree that the ‘90s were the best — bright colors, fun (and sometimes questionable) fashion, and the photos always make great #ThrowbackThursdays on Instagram. Not to mention the TV and movies from the ‘90s are classics. If you grew up in Denver in the ’90s, there was always somewhere to go. When you had days off from school, you knew you wanted to spend your time somewhere fun — whether it be riding roller coasters at Lakeside or watching the Cliff Divers at Casa Bonita. Birthday parties were a breeze too because you had Celebrity Sports Center, Funtastic Fun and of course, The Rainforest Cafe. There are so many awesome places in Denver that really made our city remarkable. While many of these spots aren’t open anymore, they may just bring back some great childhood memories. 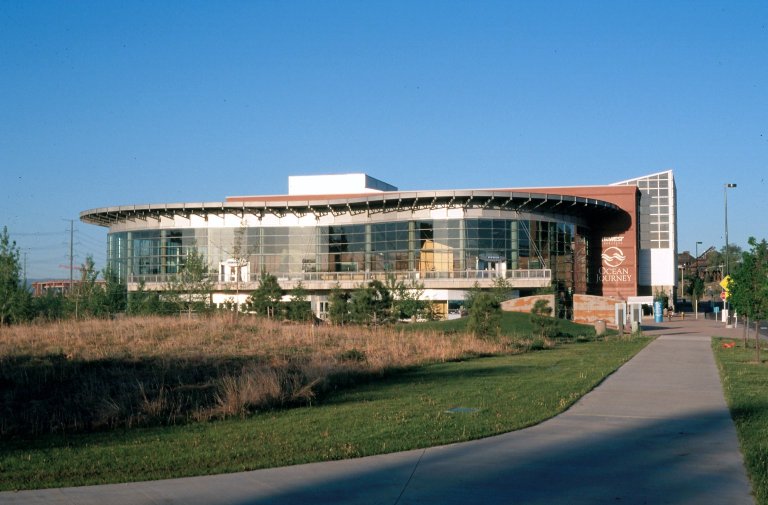 Why You Went: Even though it opened at the end of the ’90, it was still a memorable childhood experience. You could never decide which of the two river paths you wanted to start with, but you were so excited to learn and make your way to the Pacific Ocean. You learned so much about different animals and ecosystems in a way that didn’t feel like you were just sitting in a classroom. You felt so small in that huge building, which carried more than 15,000 fish, plants and mammals and more than a million gallons of water. Unfortunately, the beloved Ocean Journey went bankrupt and was taken over and renamed the Denver Aquarium.

Denver Museum of Nature and Science’s Hall of Life

Why You Went: This was the highlight of any field trip to the museum. Opened in 1987, you probably remember getting your health card and playing on the stair stepper or the bikes to burn calories. You pressed every single button you possibly could and the display about the dangers of cigarette smoking grossed you out. Also, the drunk driving simulation was always a good way to challenge your friends until you realized it was totally rigged.

Luckily a similar exhibit, called Expedition Health,  still exists at the museum today, and we highly recommend checking it out. 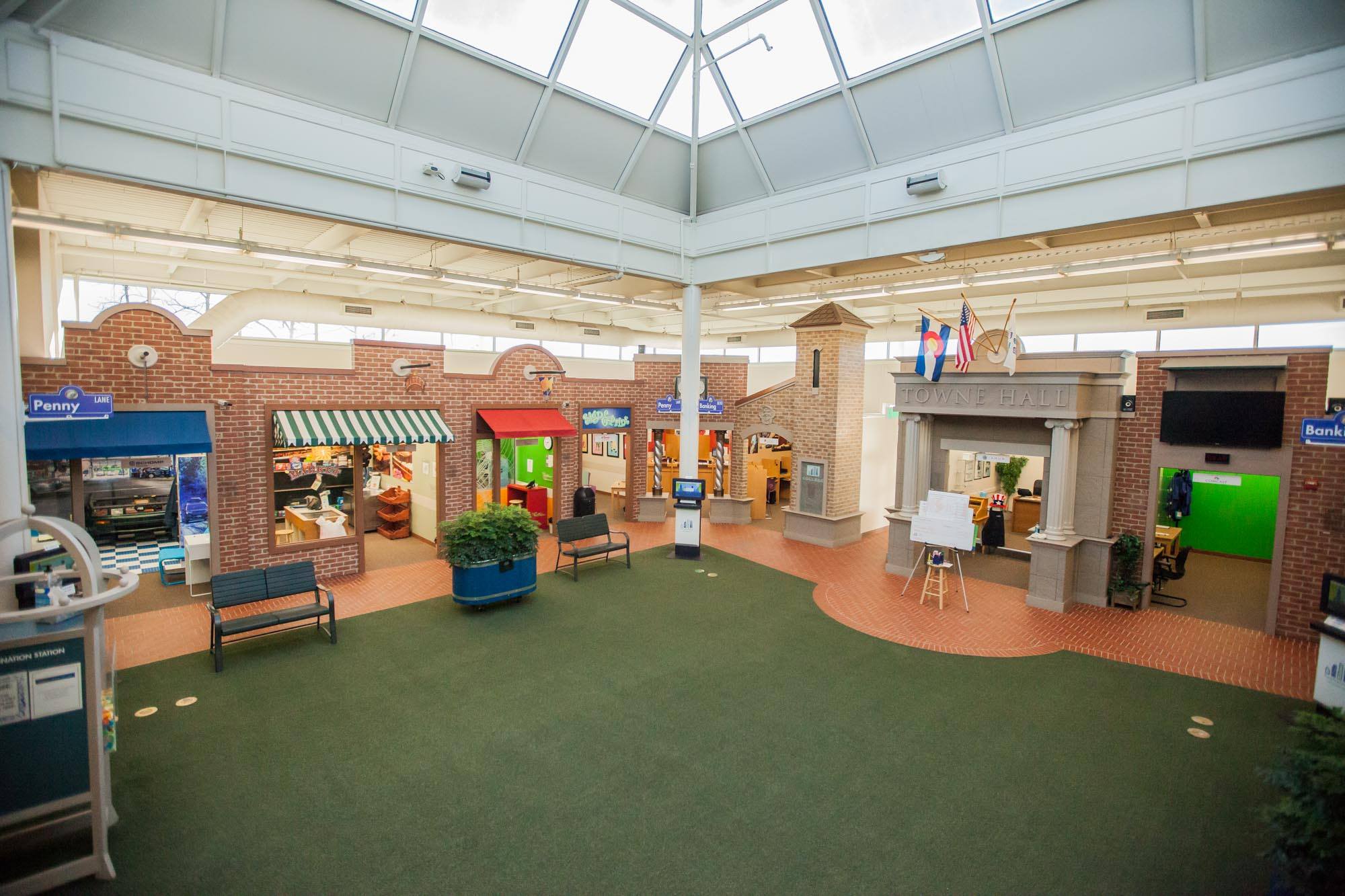 Why You Went: While the museum was awesome, Young AmeriTowne was the pinnacle of elementary school field trips. Because not only did you get out of class for an entire day, you also got to pretend to have an adult job. Now we know how much that actually sucks, but back then it seemed like so much fun (especially if you were the radio DJ). It also taught you some valuable things and it is probably the only reason you know how to write a check properly. Fortunately, it’s still operating, so you can rest assured there’s some hope for future generations. 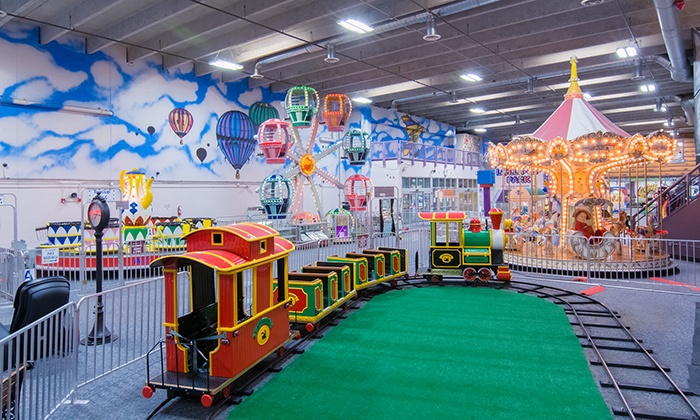 Why You Went: If you didn’t have your birthday party at Funtastic Fun, did you really have a good birthday? Rides would never shut down because it was raining or snowing because it was indoors. You loved running around going from the Ferris Wheel to the spinning teacups to climbing on the giant bear. If you’re itching to relive the glory days, Funtastic Fun is now Lollipop Park. It’s in a different location, but still has some of the old rides that Funtastic Fun use to have.

Fun Fact: The original name for Funtastic Fun when it first opened was Physical Whimsical.

Why You Went: It was always an adventure when you went to Lakeside, and not just because of how old the park and many of its rides are. Lakeside is a tradition and it’s a staple of Denver. You always knew your way around the park and which rides you wanted to start and end with. You knew the Round Up ride was a go to because you never understood how your back stayed against the padding with just a small belt holding you in. Eventually, you were able to graduate from the super short little kid’s coaster to the Dragon roller coaster, to the Cyclone coaster, and you were so excited for every progression. 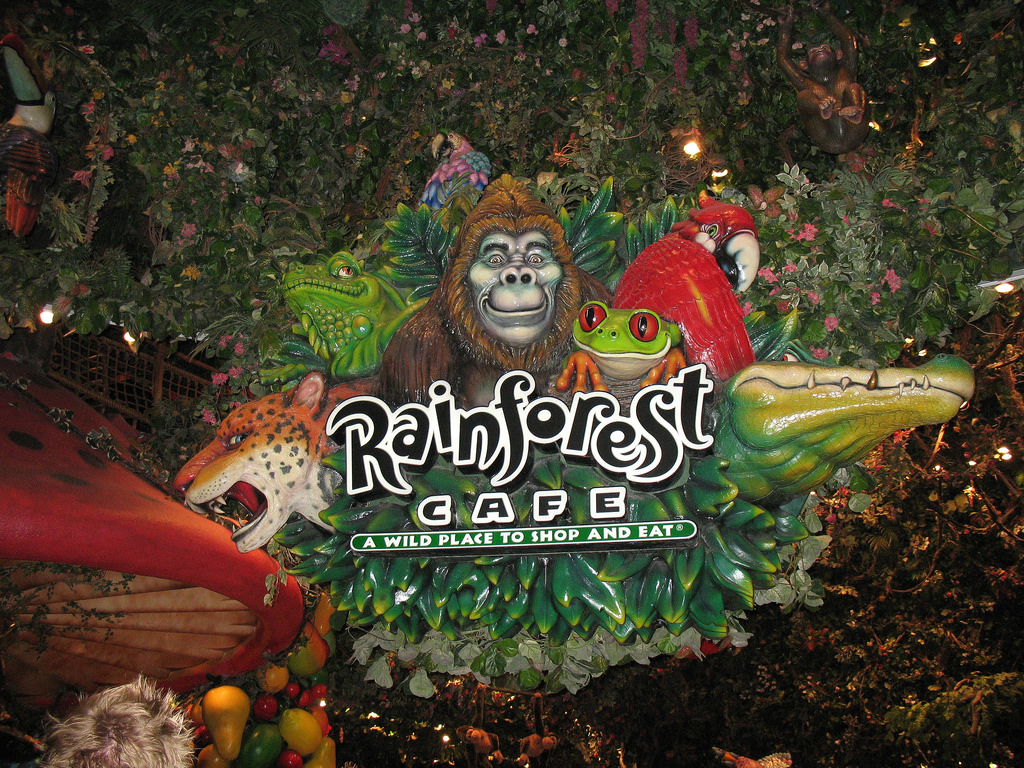 Why You Went: Rainforest Cafe was the best part about going to Cherry Creek Mall. As a kid, you really felt like you were in a rainforest. The animals looked so lifelike when they moved and made noises, it was almost scary. As a kid, how were you supposed to know the jaguar definitely wasn’t going to jump down and attack? The thunderstorm sounds were so convincing you almost expected it to rain inside. Getting dragged to go shopping was always made up with lunch at Rainforest Cafe. You always wanted to get a table next to your favorite animal, but you were so excited to be there that you didn’t really mind where you sat. When you heard it closed in Cherry Creek, you were probably devastated.

Fun Fact: While it’s no longer in Colorado, Rainforest Cafe is still open in 10 states. 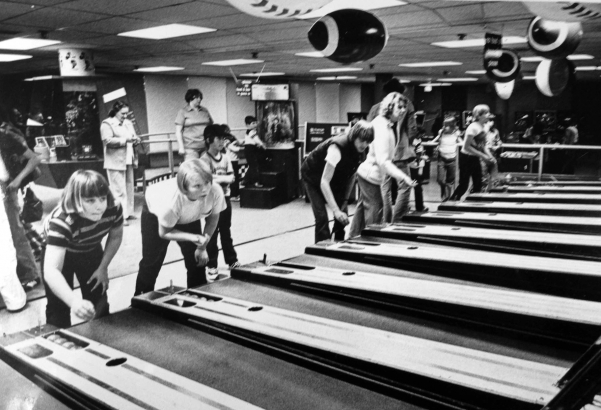 Why You Went: If you were born after 1994, you never got to experience the glory that was the Celebrity Sports Center. The indoor water park was the best, along with the bowling lanes and arcade games. “Celebrity’s” gave you life and you couldn’t wait for your next trip. It was the highlight of the town and you probably had all of your birthday parties there, or at least tried. Walt Disney was actually a big investor in Celebrity Sports Center, but once he passed away, his company decided it was time to sell. The place became run down and eventually closed. You were probably too young to realize how cool it was, but when it closed, you realized what a gem it really was.

Why You Went: You definitely didn’t go for the food. You went for the experience. As you got older, you realized more and more how ridiculous the place actually was, but in a way that’s what also made it entertaining. There were the mariachi bands that followed you around, endless sopapillas that appeared when you raised a red flag and Black Bart’s Cave — which was always scary no matter how many times you went in. While it wasn’t a great Mexican restaurant, these oddities alongside the watching cliff diving and flame-throwing made it all worth it. It’s sort of funny that Colorado designated it a historical landmark in 2015.

Fun Fact: While Casa Bonita is famous in Colorado, it actually didn’t originate here. The first location of Casa Bonita was actually in Oklahoma City in 1968. Other locations, aside from Colorado, were in Tulsa, Oklahoma, Fort Worth, Texas, and Little Rock, Arkansas. 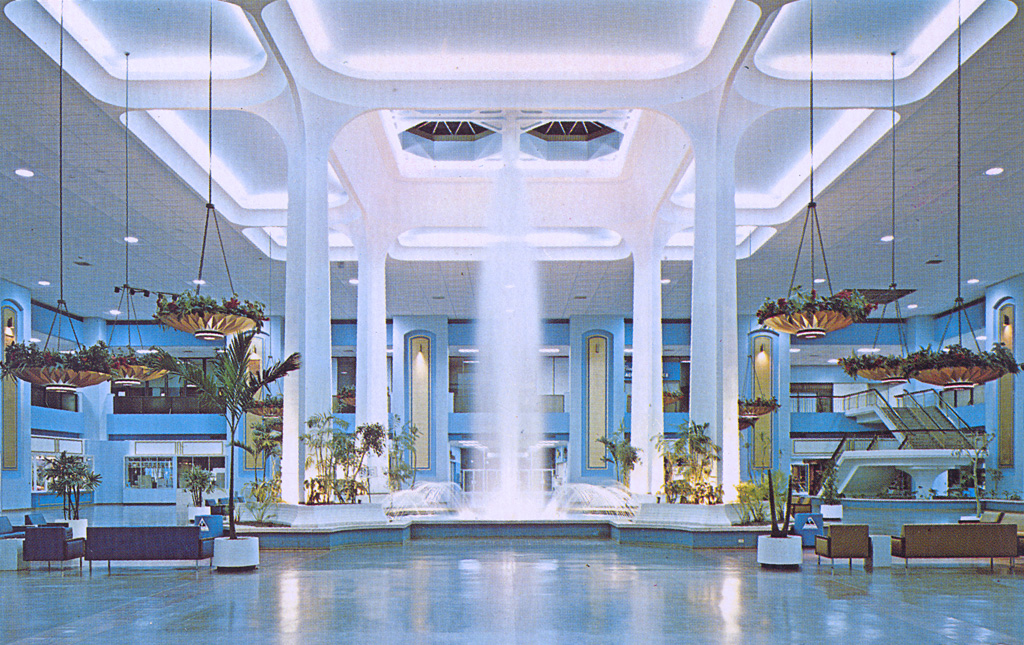 Why You Went: By the ‘90s, the mall was pretty run down, but the double-decker carousel seemed like the coolest thing ever. You probably went with your parents or grandparents, but there wasn’t a dull moment when you were there. You felt so small in what was one of the largest indoor malls in the world, or at least it was when it opened. You never got to experience the glory of what Cinderella City was during its prime years in the ‘60s and ‘70s, but you heard stories from your parents and grandparents about what an amazing place it was and how it impacted Denver. It definitely isn’t the most exciting place on this list, but it left its mark on the people of Denver.

Why You Went: You obviously went because drive-ins are way more fun than a regular movie theater. It was a plus when you got to see two movies for the price of one at the Cinderella Twin Drive-In. Family night was always the best when you knew you were heading to the drive-in. You would be in the backseat with your siblings, fighting over the snacks, but once the movie started, you were focused. Even if you weren’t going to the drive-in, you would probably try to catch whatever movie was on the screen if you were driving by on Hampden and see if you could guess which movie was playing. Today, if you drive by the old location of the drive in, you will see new housing. While it looks really different, you probably will always remember what once was. 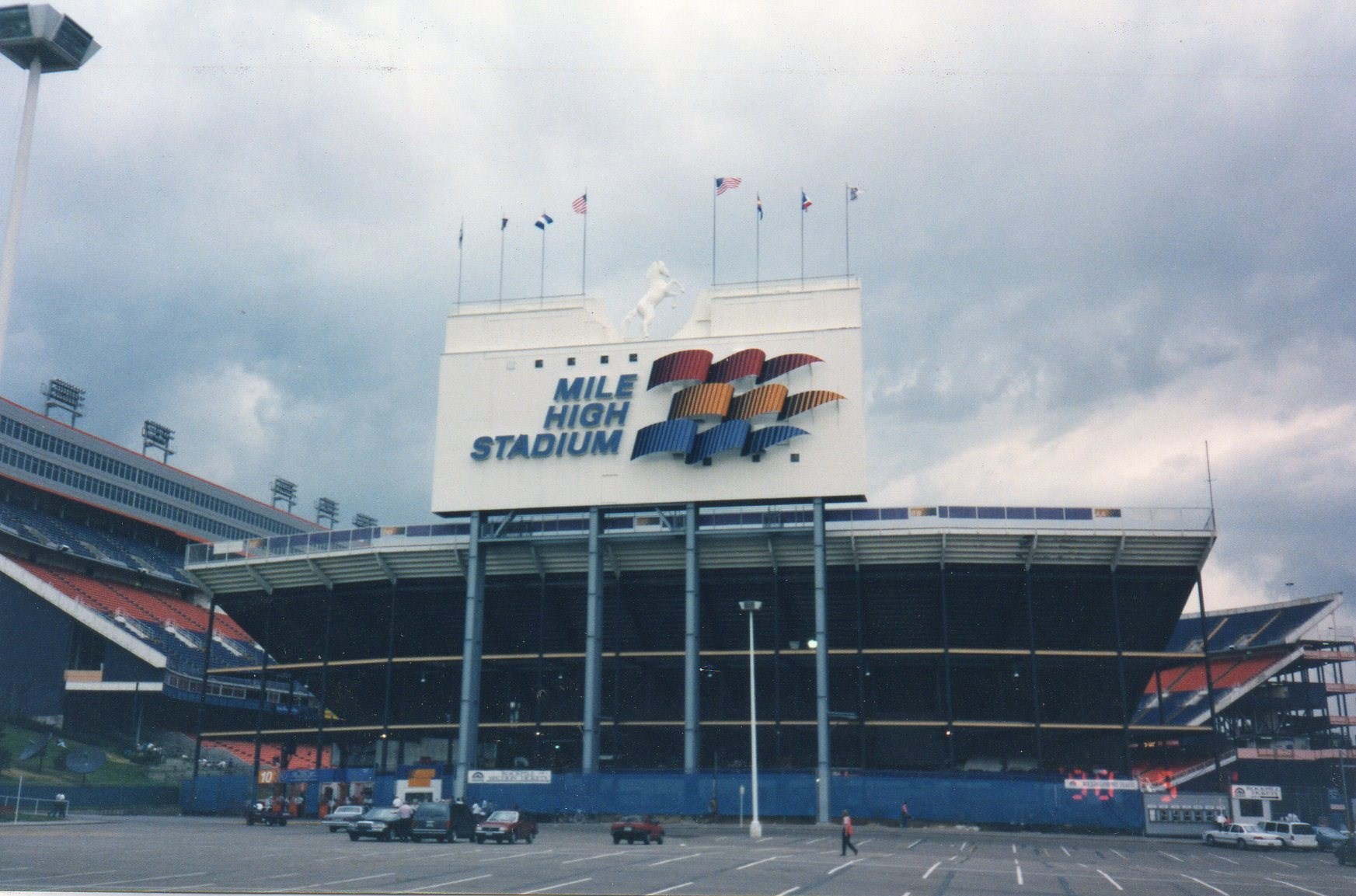 Why You Went: Before it was Sports Authority and before it was Invesco, it was Mile High Stadium. But despite the name changes, it is still Mile High Stadium to you and you’ll never call it anything else.  However, your memories are likely not just of the Broncos. Before Dick’s Sporting Goods Park was built, you have fond memories of going to Rapids games at Mile High as well. You likely went to games with your soccer team and maybe saw a couple Fourth of July fireworks show as well. If you were born before 1995, you probably even witnessed some Colorado Rockies games at Mile High before Coors Field was completed in 1995. But while other sports teams played at Mile High, your fondest memories are on Sundays watching John Elway and the Broncos play.

Fun Fact: The stadium was originally called Bears Stadium because it was where the Denver Bears minor league baseball team played. 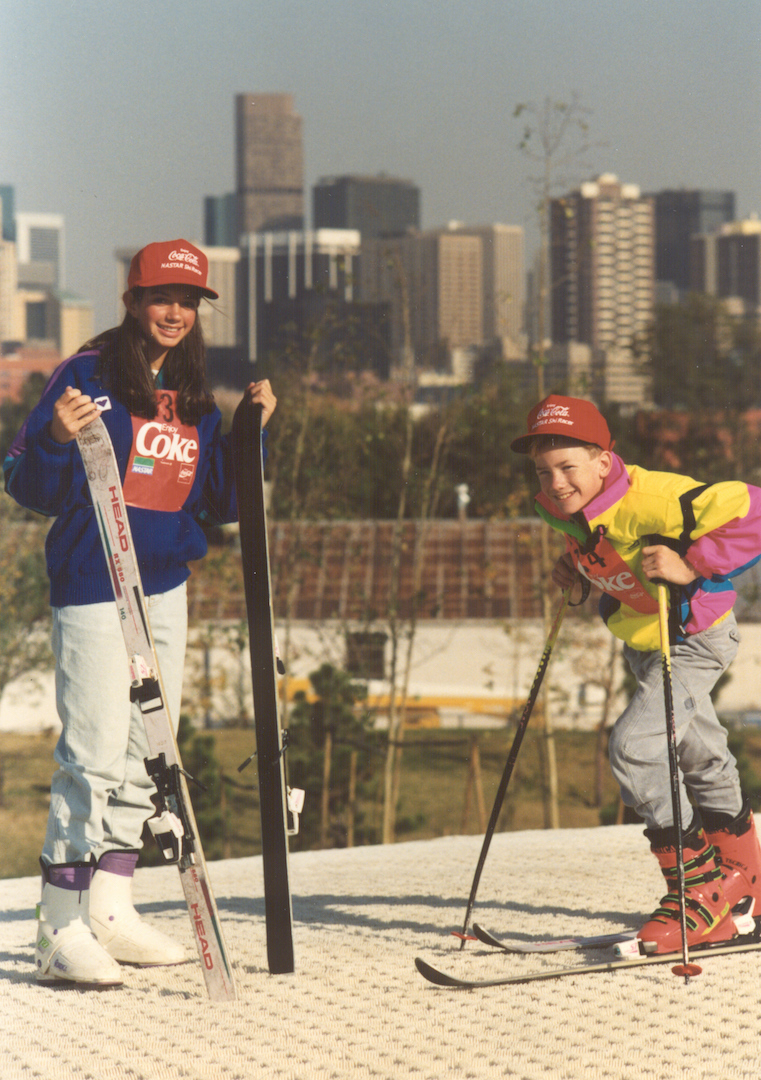 Why You Went: While it’s been redone since you were a kid, the glory of the Children’s Museum still lives on. As a ‘90s kid, you remember feeling like a grown up going to the grocery store, getting the fake food and checking out at the registers. You loved the ball thing (whatever it was called) where you would put the ball in the tube and watch it shoot up and go all around the room. It was a really interactive place where you could get your hands dirty and you didn’t have to worry about grown-ups telling you what not to do.