It’s been a big year for Denver artist Brent Cowles — he has been touring nonstop, put out his hit EP Cold Times and a gritty yet powerful music video to go with it (watch below). Now, he’s gearing up for 2018 by playing two Lost Lake shows this weekend with the Foxhole Family Band for their 2017 Winter Jam. The first nights’ show will feature support from Sarah Anne Degraw & The Odd Jobs, with the second night featuring RL Cole & The Hell You Say. Cowles talked to us before his shows to tell us about his new tiny house living situation, his upcoming shows and his next project — “How To Be Okay Alone.”

303 Magazine: We hear you’re living in a tiny house on a goat farm now? That’s incredible.

Brent Cowles (BC): Yeah, it’s a solar-powered, 168 square foot little tiny house just about nine miles northeast of downtown Denver. It’s kind of the perfect situation for me — I can write music in the middle of the night. It’s a good escape to have outside of the madness that is the real world. 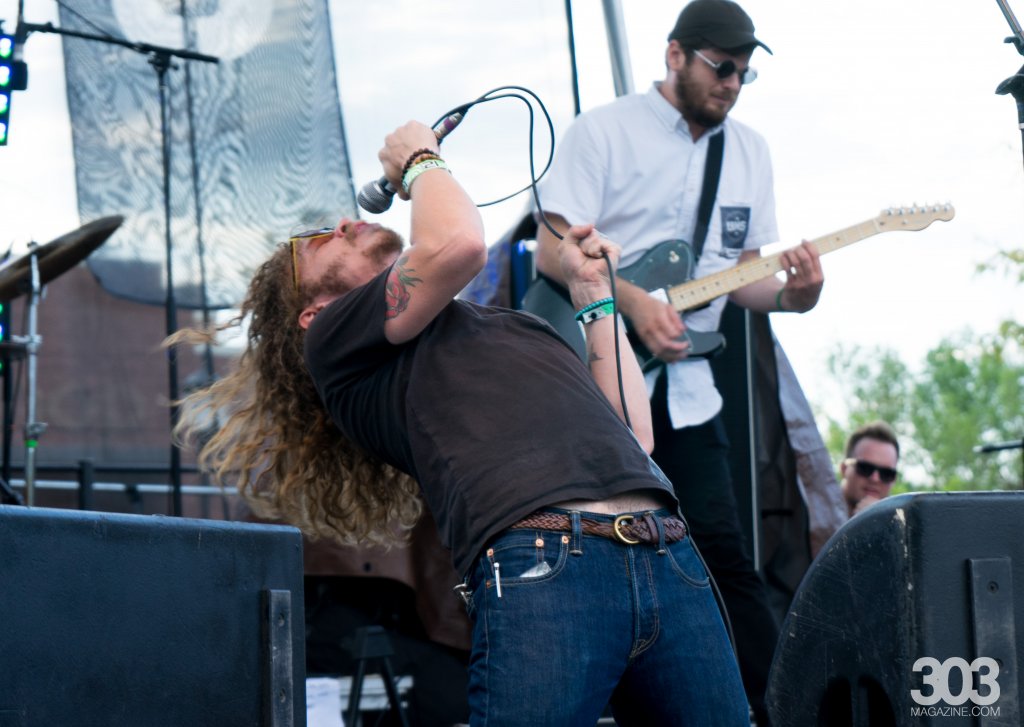 303: That’s awesome. And you’re working on a new project called “How To Be Okay Alone,” could you tell us more about that?

BC: There was this time when I just carried a notebook around with me and there was one day when I wrote down that I was going to make a list about what does it take to be okay, as an individual, just by yourself. And it just ended up in my notebook and I never really came up with an answer to it. And I was looking back over some of the notes that I had made and saw that and it kind of resonated with me. I still have no idea how to be okay alone, and I think that’s because it comes from having a support system of friends that are able to help you out whenever you’re in a rough spot. I think it’s important for everyone to have a support system of people around them that they care about and love and that’s kind of where the whole thing came from. So the idea is a lot of the songs that are going on this record came out of the time in my life where I was really kind of contemplating those thoughts of how do we do this thing called life and what makes it possible to be okay with yourself and as an individual.

303: We read that you grew up the son of a pastor, how did that shape you?

BC: I think I was incredibly lucky with my situation because my dad and my parents have always supported me in what I’ve chosen to do and they’ve never really forced any belief on me. But it is hard growing up as a pastor’s kid in a place where there’s a lot of hypocrisy. I guess it just kind of burnt me out on the whole church world. I still feel respect for what my dad does and the morals that he gave me. So I guess I am thankful for the upbringing I had, but there were definitely some challenges I encountered as I discovered the real world and what’s outside of all of that.

303: How do you balance touring with your own personal life?

BC: It’s a hard thing to balance. I haven’t really met anyone that has that totally figured out but I think that that’s something that the majority of the music industry struggles with is how to balance this ridiculous lifestyle with also maintaining the relationships with the people that don’t live in that same world. It’s interesting, I feel like it’s always Friday night in my life where I never feel like, ‘oh, I got to wake up early for work tomorrow.’ The worst I have to do is go make a video or a photo shoot early in the morning.

303: Tell me about your upcoming Denver shows.

BC: We’re doing two nights at Lost Lake in December with the Foxhole Family Band. It’s kind of like a dream team of all my best friends slash incredible musicians. The Foxhole Family Band name comes from the house I was living at, it’s on Fox Street in Denver, and so that’s why we call it the Foxhole. So it’s kind of like a tightly knit friend group or family if you will, and that’s kind of where it all started. It holds a special place in my heart too to make that kind of band. We’re so grateful for the support we’ve received from Denver. We’re very happy and proud to be playing music in the city that we’re in right now.