As we venture further into the 2010’s, our musical heroes from the past are beginning to walk the line of becoming “modern-day classic rock.” Artists such as My Chemical Romance, Green Day and Fall Out Boy often come to mind when we think of popular music from the turn of the century. On Friday, November 10, 2017, Fall Out Boy put on a show that lacked in energy but showcased their hits of the past, incorporated their updated sound while simultaneously taking a political stand.

Before Fall Out Boy could take the stage, an odd pairing of openers got the night started. Actor-turned-musician Jaden Smith kicked off the evening with an amateur performance. It felt as if Smith tried too hard to get the crowd on his side — from rapping over his own vocal tracks to randomly screaming into the microphone, Smith’s performance was out of place. Not to mention that Smith’s set up consisted of him, a DJ and no live instruments. Perhaps in a more suitable setting for hip-hop would this have been a fitting set, but being placed on the same bill as an alternative rock band — Smith’s set was mediocre at best. 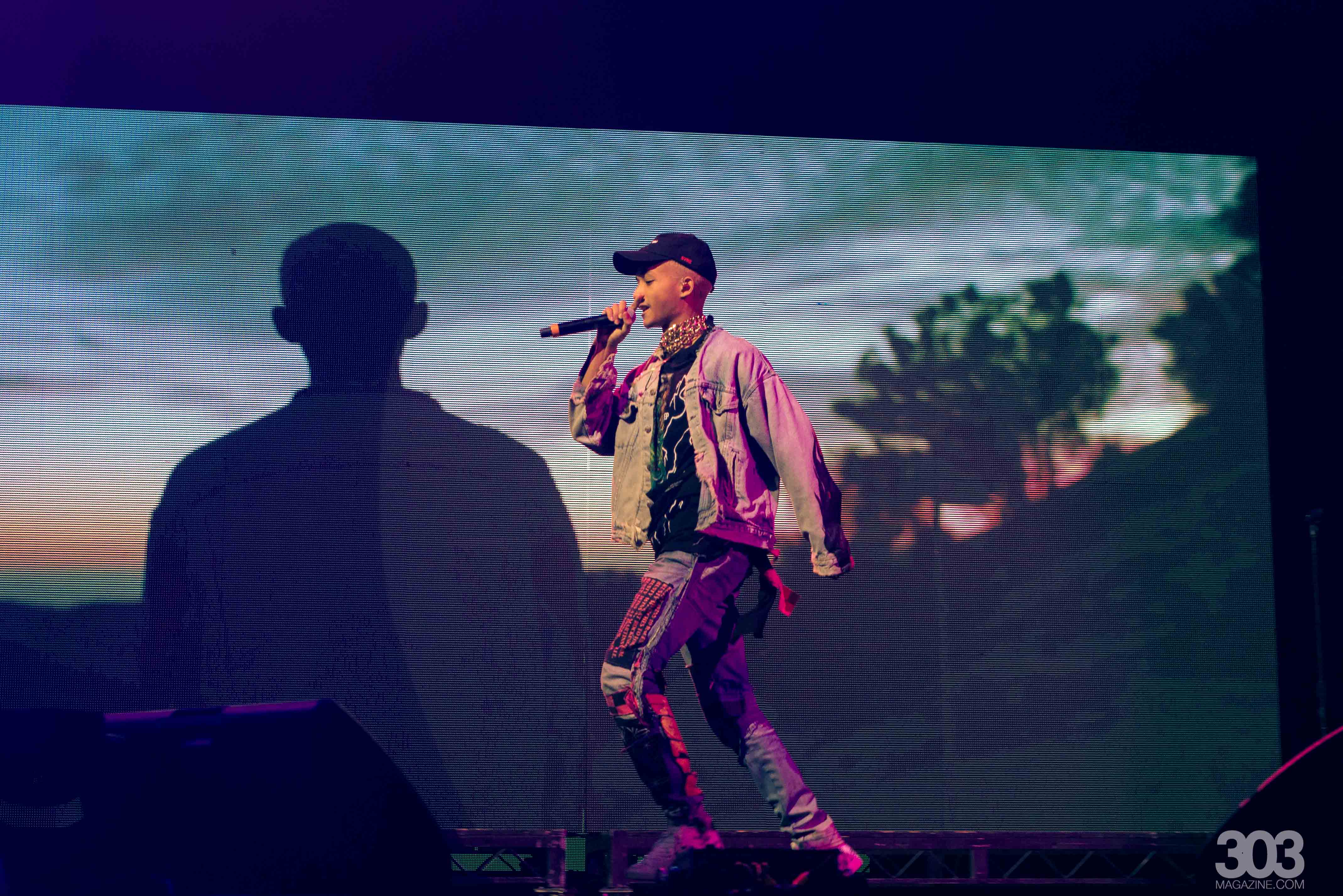 The dynamic of the show changed when another hip-hop artist, blackbear, took the stage. As the lights of The Pepsi Center made the performance space visible, a drum set, keyboard rig and a saxophone player could be seen. The driving force behind the full band separated blackbear’s set from Smith’s even though both acts were hip-hop oriented. Blackbear added elements of humor to his banter with the audience and appeared to be quite comfortable on the Denver stage. The Denver audience showed the singer their support when nearly everyone on the ground floor of The Pepsi Center stood up for one of his songs. The singer threw it right back and acknowledged the support by saying the Denver stop was one of the only crowds that have stood up during his set. After introducing his talented ensemble of musicians on stage, blackbear left Denver with an intense remix of the Ghostbusters theme that he tacked on to the end of his final song. 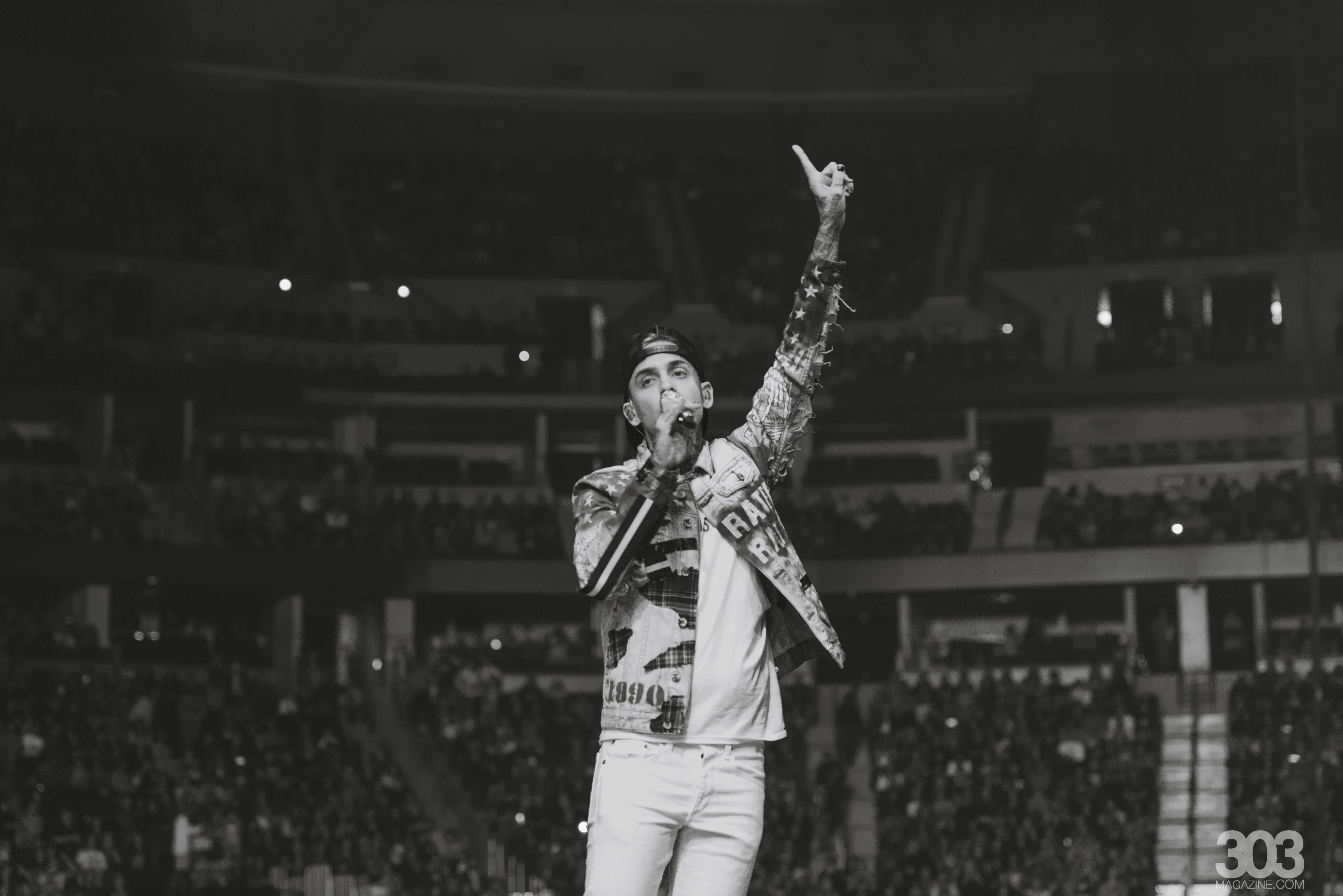 Following blackbear, The Pepsi Center once again went dark as a countdown clock appeared on a massive screen behind the stage. Four areas of the stage lit up orange as the countdown approached zero. Once the timer stopped, Fall Out Boy rose up out of the ground with a barrier of their classic alt-rock sound surrounded by pyrotechnics. Fall Out Boy’s initial use of pyrotechnics fit their opening song “The Phoenix” in the most bad ass way. Once the four-piece rock band rose from the ashes, the Fall Out Boy fanatics in Denver went crazy.

The beginning of the show was full of energy and vigor. After the band’s first three songs, drummer Andrew Hurley kicked off the signature drum beat of their 2005 smash hit “Sugar We’re Going Down.” It sounded like the entirety of The Pepsi Center was singing along with the band with how loud the crowd was. The first quarter of the set was hopeful, but the rest of the performance plateaued. There was little interaction with the crowd and even less interaction between the band members on stage. The four members remained on their own quadrants of the stage almost as if they had nowhere else to go despite the elongated platform that stretched down the middle of the arena floor. On occasion, bassist Pete Wentz or guitar player Joe Trohman would venture out onto the platform where an additional microphone was set up, but when they got back to the main part of the stage, they remained fairly stationary. The set wasn’t bad by any means. Patrick Stump sang with the same power and precision he is known for, and the rest of the band delivered a quality sound as well. 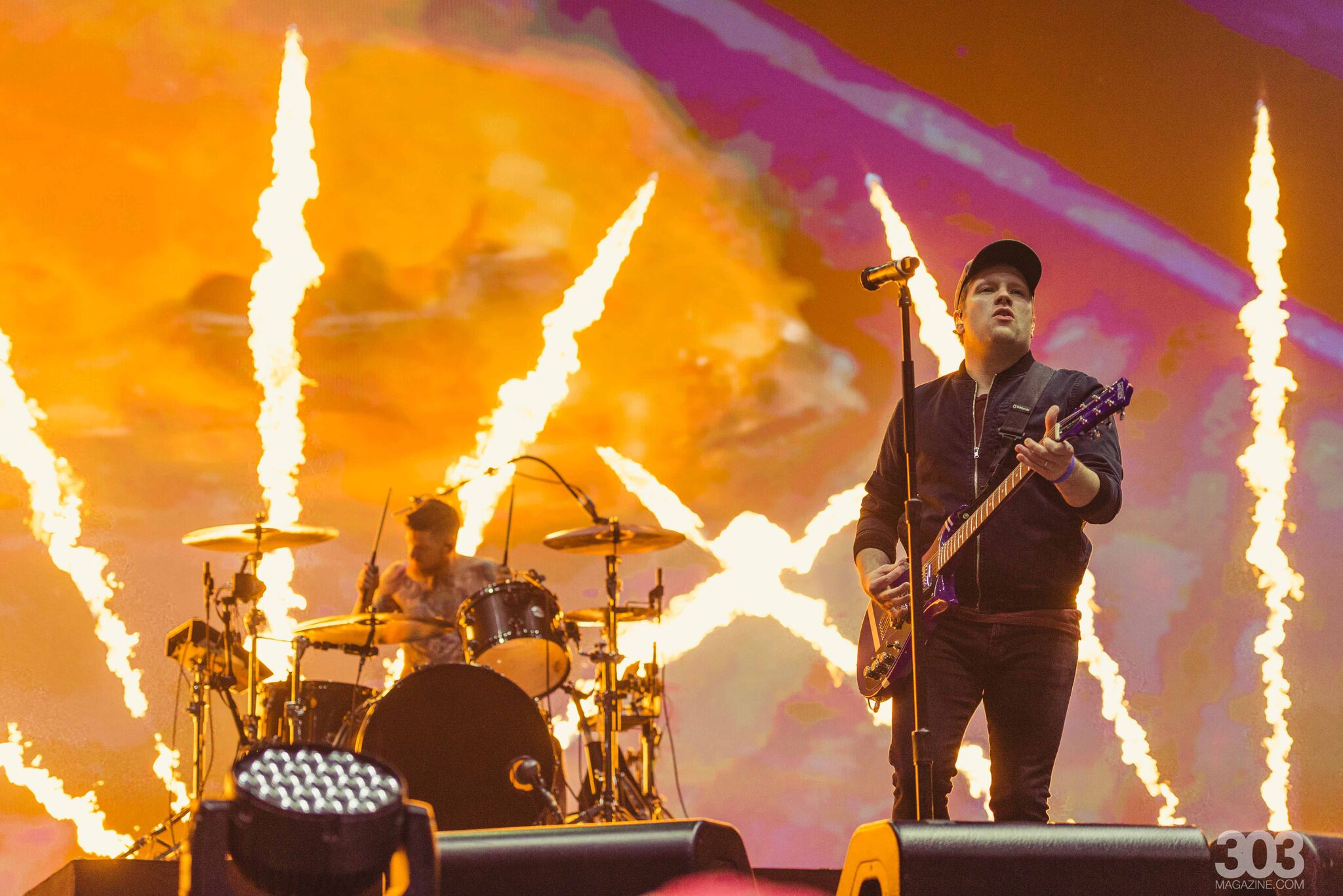 Patrick Stump and Andrew Hurley of Fall Out Boy. Photo by Alden Bonecutter.

Midway through the headlining set, the four members of the band snuck out and positioned themselves opposite of the main stage. Out of nowhere, Kendrick Lamar’s “Humble.” began playing as Hurley took an eccentric drum solo backed by various tracks behind him. After all the other band members were ready in their new locations, two additional stages rose up from the arena floor containing two band members each. Setting up an additional stage in arena shows is becoming a common practice nowadays, and Fall Out Boy executed this trend in a memorable way. The performance picked up during this time as the band played such hits as “Dance, Dance” and “Thnks fr th Mmrs” atop their floating stages, but once they returned to the main stage, the energy seemed to die once more.

Fall Out Boy capitalized on the term “actions speak louder than words.” At no point during their set did one of the band members vocalize their views toward Donald Trump, nor didn’t have to. At multiple points in the set, the graphics displayed on set’s backdrop subtly and powerfully put down Trump. Viral videos of people raising their middle fingers up were intertwined with videos of Trump and were also complemented by the tone of “I Don’t Care.” Another political moment of the show came when the quartet played “Centuries,” which is a stoic and dynamic song by itself. Fall Out Boy added a whole new meaning to their widely recognized song by playing videos of football player Colin Kaepernick nealing during the American national anthem — a move that will be remembered for centuries. When “Centuries” ended, the majority of the crowd applauded in agreement with a small but audible amount of boo’s thrown into the mix. Fall Out Boy took their stance without saying a single word. They let their music and imagery speak volumes on their views of the world around them. 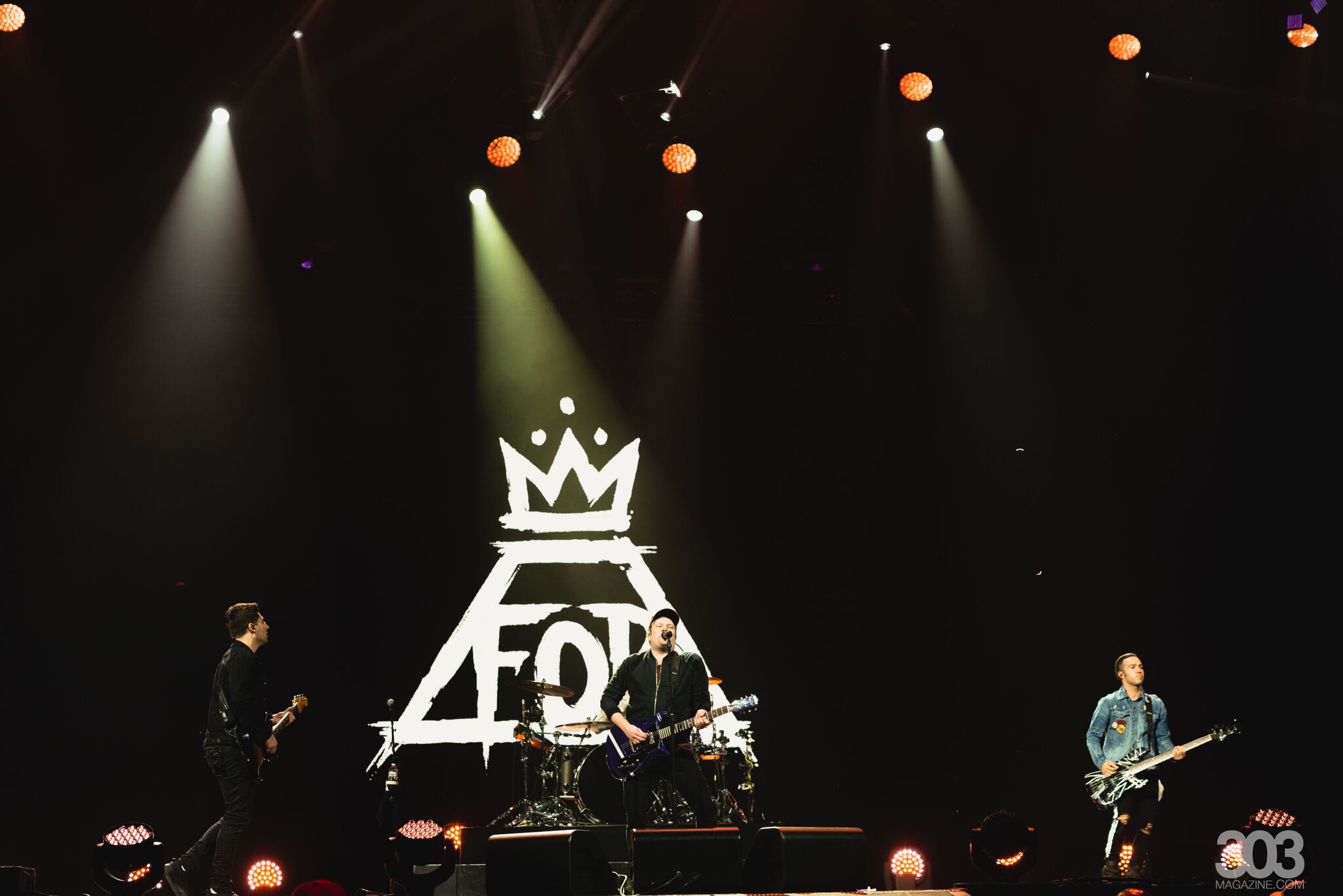