The plethora of food trucks that line the courtyard of Finn’s Manor is one of the reasons that the locale on 29th and Larimer has taken off the way it has. Excellent cocktails and a reliable cast of tasteful DJs certainly help, but the decision to include a set of top-notch resident food trucks has truly given Finn’s a leg up in a neighborhood littered with some of the city’s most enjoyable dining locations.

Of the many excellent choices, a true gem has recently taken up in the rear corner of the courtyard. Dos Abuelas, specializing in Puerto Rican comfort food and utilizing excellent, often local ingredients, has quickly established itself as one of the city’s better-kept secrets. 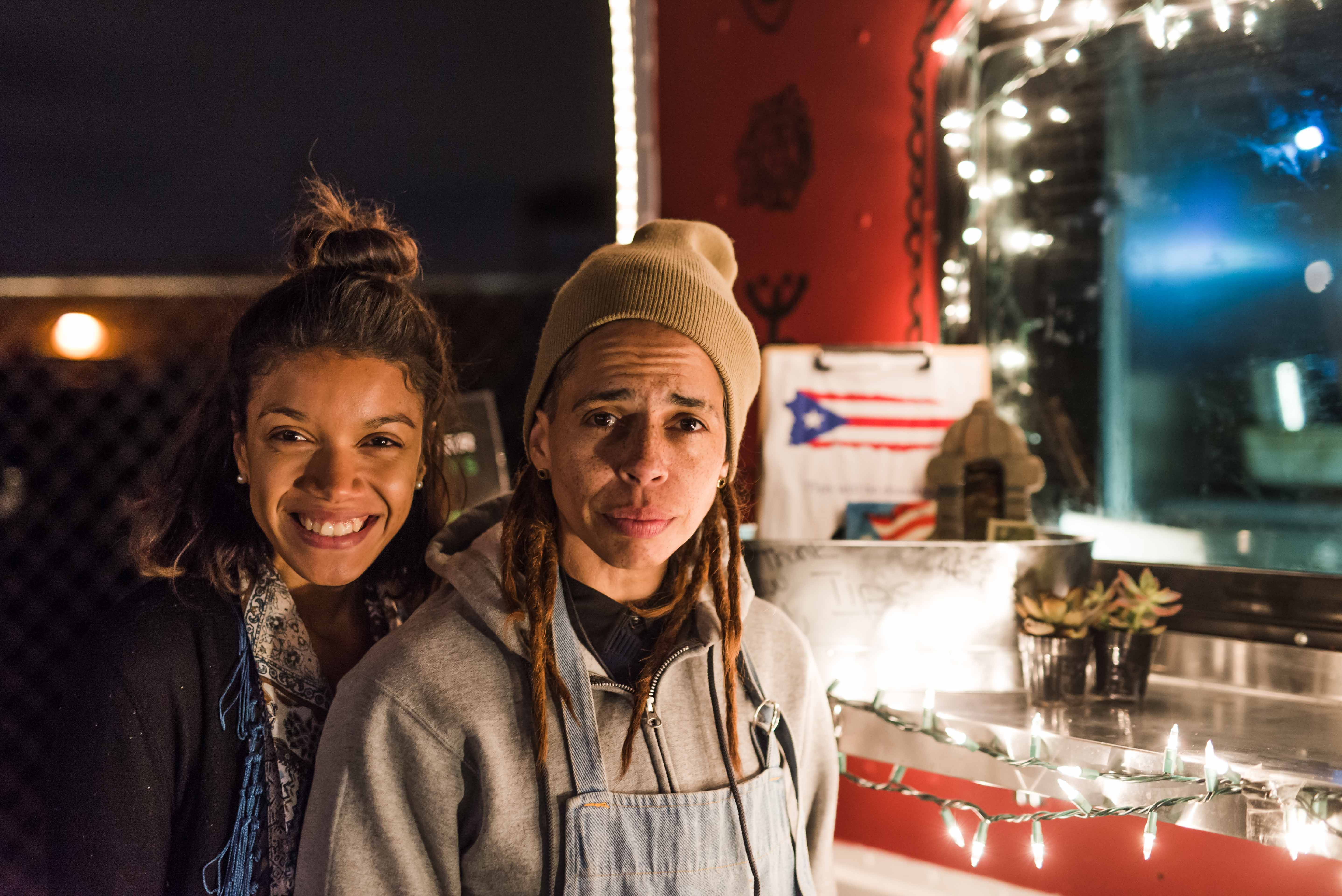 The many years of dreaming, planning and developing the killer recipes that provide the backbone of the business make it surprising that the truck has only been open since June. Owner Keigh Crespo — a Bronx native by way of Puerto Rico and Philadelphia — arrived in the Mile High with her girlfriend and business manager Suilynez Quinones, not knowing that they would become the saving grace in a city where Puerto Rican cuisine is largely absent.

Conducting its debut at the Puerto Rican Day Festival at Civic Center Park on June 11, Dos Abuelas was met with immediate fanfare, selling out everything on-hand, racing to restock and selling out again. Since then, the truck has established semi-permanent residence at Finn’s — Crespo citing the welcoming atmosphere of the almost entirely female-run courtyard as one of the main incentives for staying. 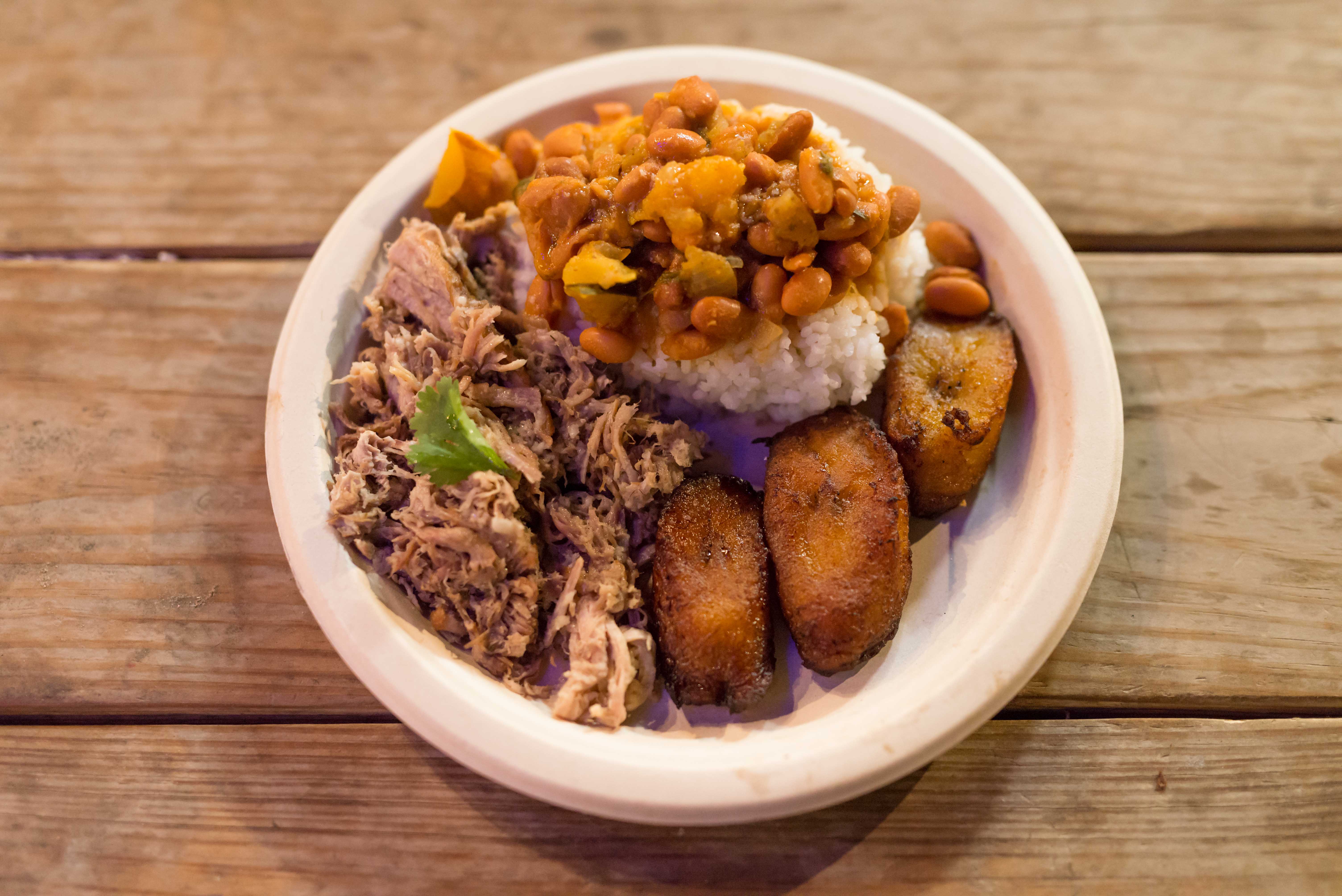 The menu — consisting of two entrees, five snacks and a soup of the day — is an homage to the love-rich cooking Crespo experienced in both grandmothers’ kitchens of growing up. It is deepened by her exploration into the traditional flavors of the Tainos (the indigenous people of Puerto Rico).

Produced from scratch and with love, the food is an exploration into a heritage Crespo said she felt deep into her soul the first time she set foot in Puerto Rico. The Grandma’s Plate ($12) is rice and beans, fried plantains (either sweet or savory) and your choice of steak, chicken, pork, tofu or sauteed eggplant. Though all the options are top-notch, the eight-hour pork is particularly riveting. The Triple Rican ($12) is similar to a Cuban sandwich — fresh-baked water bread is filled to the brim with shredded pork, Swiss cheese, ham, sirloin steak, garlic aioli, lettuce and pickled red onion. Served with crunchy cassava fries, the plate is hearty, and the overflowing sandwich delightful to the very last bite. The reverence paid to generations past is palpable in the flavors — Crespo and Quinones both proudly representing Puerto Rico — and with added fervor since disaster struck. 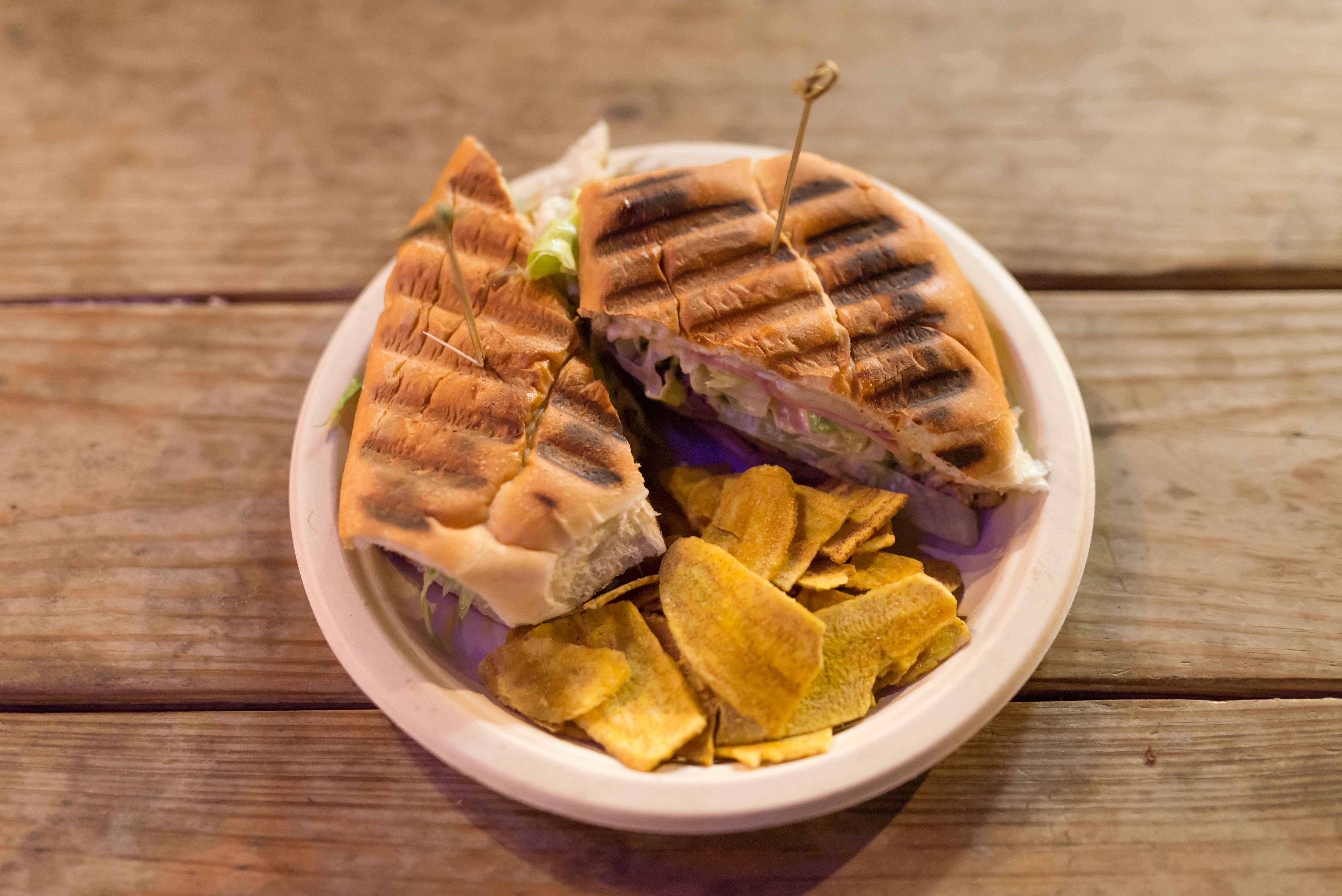 The ladies of Dos Abuelas are heartbroken by the mishandling of the crisis in Puerto Rico. Crespo and Quinones couldn’t sit quietly — they have arranged a donation drive for the victims — seeking male and female hygiene, clothing, solar bulbs and other dry goods to be hand-delivered to the island in December.

Because they’re suspicious of official channels, the two will be taking the donated items to Puerto Rico themselves in hopes of making a much-needed impact on a situation the government has so disastrously disregarded.

The drive will culminate with a benefit at Finn’s on Sunday, November 12 from 2 – 9 p.m. — featuring contributions from local breweries, a silent auction and 50 percent of the bar’s proceeds going directly to the cause. The event will be a great way to contribute to the ongoing catastrophe from people who know it best. Come to the fundraiser or stop by anytime — even without Crespo and Quinones’ deep commitment to social justice, the food itself is worthy of a trip to Finn’s. 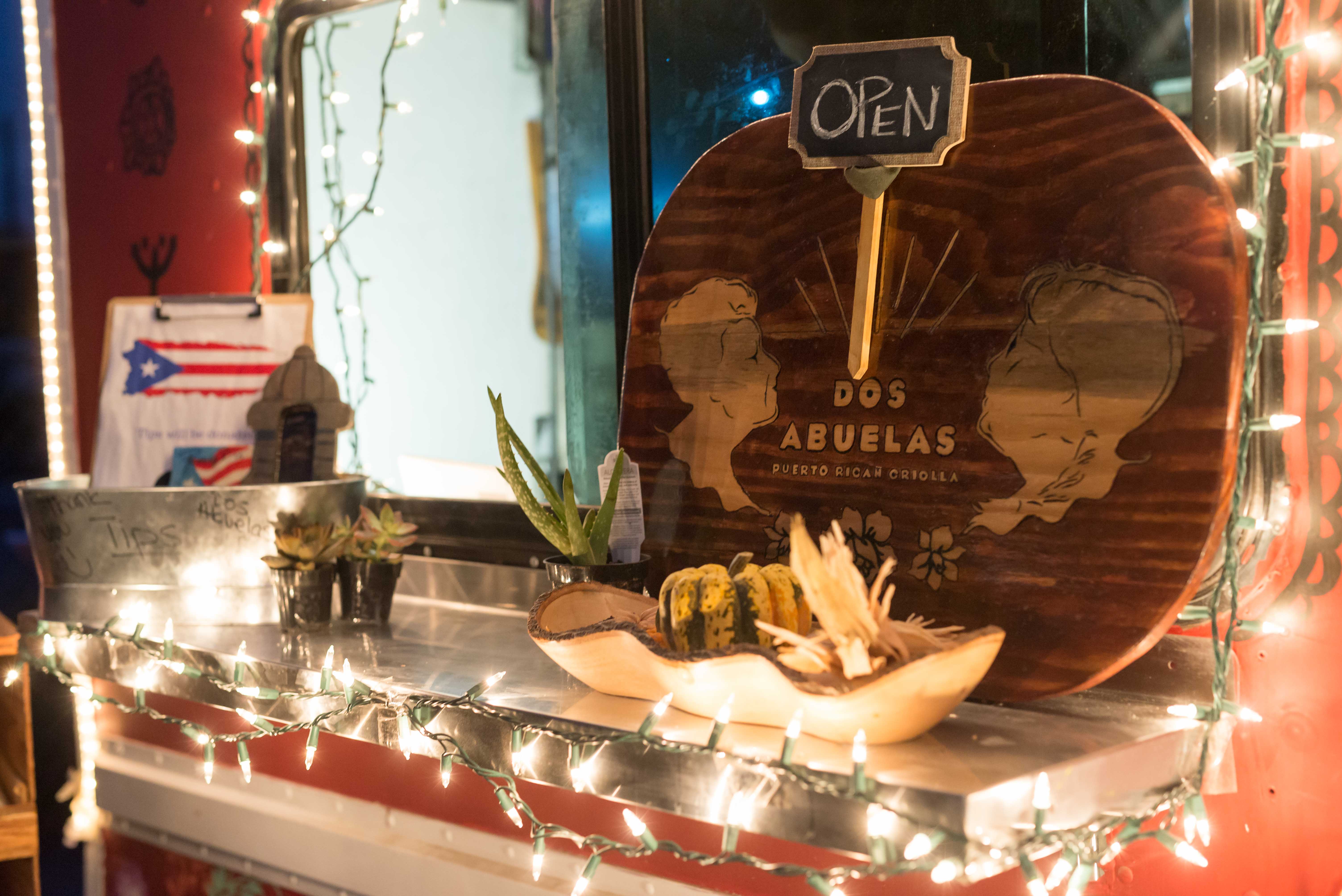