When the final candy is handed out and the clock strikes midnight on Halloween, there is an immediate shift in mentality. The weather gets colder, the night comes earlier and people are becoming filled with cheer. It’s officially the holiday season – which means it’s officially competitive shopping season.

Everywhere you look, there are two countdowns running side by side — the countdown to Christmas and the countdown to Black Friday (Sorry, Thanksgiving. We appreciate you and your turkey goodness, though).

This is where beer comes in. Black Friday (and the week of Thanksgiving) isn’t just about shopping anymore — it’s about releasing special beers. Whether need to relax after a 3 a.m. shopping spree and fighting the masses or are looking for a way to avoid the crowds, the craft breweries in Colorado have got you covered.

Not only that, but there are great releases and a festival spread out over the entire week to make sure your cheer can be sponsored by delicious local beer. Here’s our list of what’s going on the week of Thanksgiving so you can focus on the gift of beer. 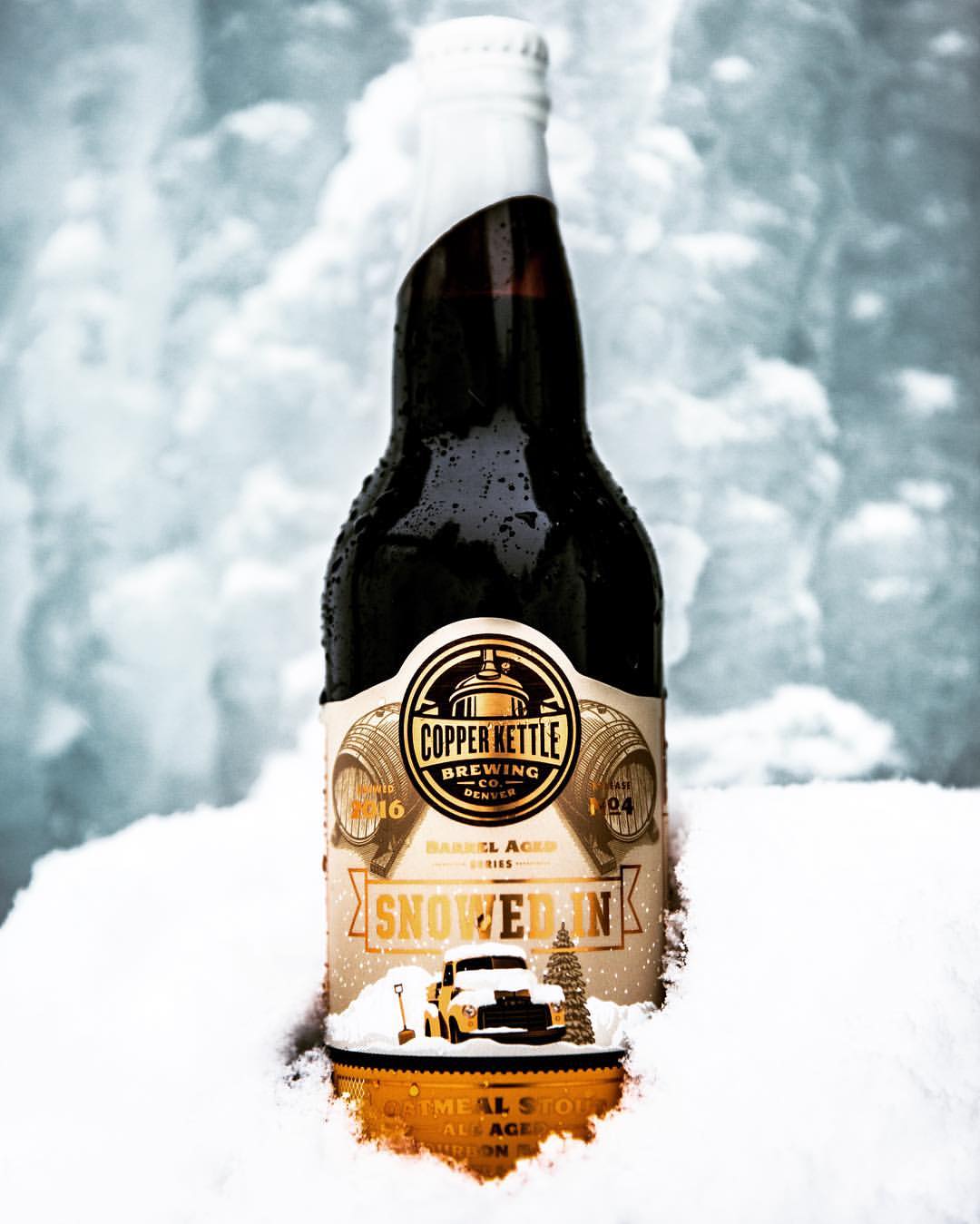 The Lowdown: Unlike years past, Copper Kettle is making Snowed In available on the day before Thanksgiving instead of the day after. This year’s recipe is a throwback to the original version brewed back in 2012. It’s an oatmeal stout aged for 12 months in Breckenridge Bourbon barrels bursting with chocolate, coffee and bourbon.

The Lowdown: On the day before Thanksgiving Ratio wants to get you into the holiday spirit with this winter warmer release. Full of bold toffee and nutty flavors this malty brew is just the thing to get you ready for colder nights and family festivities.

The Lowdown: Black Shirt Brewing Company is bringing back one of their most popular beers just in time for the holidays. The Pistachio and Lavender Rye Pale Ale is layered in its unique flavor profile and is being released for the first time in four packs of 16oz cans. 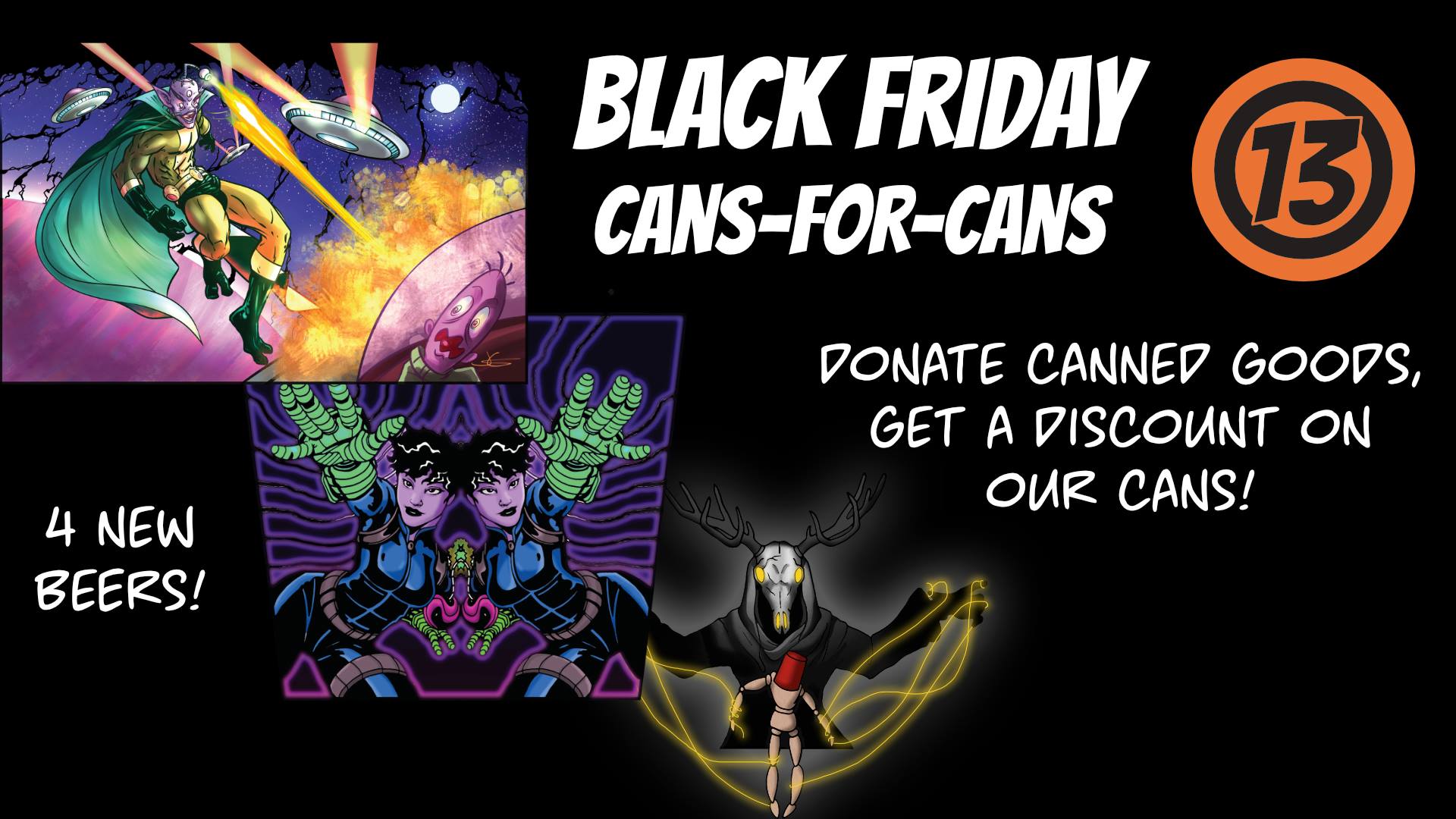 The Lowdown: Odd13 is spreading the holiday joy by releasing four brand new taproom-only beers and combining it with a holiday food drive. Two of the beers released are of the darker variety — Saint Newcole, a bourbon barrel-aged Imperial Stout with subtle vanilla, and Vanilla Coconut Saint Newcole, a bourbon barrel aged Imperial Stout with vanilla and coconut. The haze will also be in effect with the release of Intergalactic Juice Hunter, a double IPA, and Master of Buckets, an IPA with Sach Trios. Each can good for donation gets you one dollar off a six of four pack – max discount is one dollar per pack.

The Lowdown: In honor of Black Friday, Launch Pad is releasing the perfect beer to pair with leftover pies. The Soyuz is Launch Pad’s Russian Imperial Stout and it’s kicked up a notch with holiday pecan goodness. Bonus – from 11 a.m. to 1 p.m. all “to go” beer is buy two and get one free (although some restrictions may apply).

The Lowdown: Black Friday at Station 26 means the return on its Dark Star Imperial Stout (and all of its variants). Unlike in the past, it’s not just a bottle release but a beer festival. Joining Station 26 will be 4 Noses Brewing Company, Call To Arms Brewing Company, Powder Keg Brewing Company, River North Brewery, TRVE Brewing and Our Mutual Friend Brewing pouring stouts and other special beers. This year’s variants of Dark Star this year include Almond Joy, Root Beer Float, Sesame Brittle, Gingerbread and IKEA (yes that IKEA – it’s lingonberry garnished with Swedish meatballs). The bottle release information is coming soon and you can buy tickets for the event for $55 here.

The Lowdown: Quit Stalin is a Russian Imperial Stout brewed with Chinook, Azacca and a generous late addition of Centennial hops. This beer will pour pitch black and will have a dark tan head bursting toffee and coffee aroma. Also on Friday, only Comrade is doing a special – buy a Miir stainless growler, get a fill and a pint for free.

The Lowdown: In honor of Black Friday, Resolute is going to be doing a crowler release of its Vanilla Chai Brown – this beer will be bursting with unique flavors and since it’s available “to go” you can pick it up after surviving the crowds of nearby Park Meadows Mall.

Where: Strange Craft Beer Company – 1330 Zuni St., Unit M, Denver
The Lowdown: To kick off the holiday festivities, Strange Craft will be tapping a very special Russian Imperial Stout Firkin that has coffee and donuts added post-fermentation. You will also be able to get your holiday shopping started with 20 percent off all merchandise.

The Lowdown: Wibby secured its first GABF silver medal with its Moondoor Dunkel and is taking this beer to new levels for Black Friday. The two beers being released are a double version of the original and are then aged in either Rum Barrels or Bourbon Barrels making this wintertime treat that much more satisfying. Bottles for both versions are very limited.

The Lowdown: Double Nut is the next member of the Mechanics Reserve series. This beer is described as a decadent and dark peanut butter porter with twice the peanut. Bonus – two dollars from every bottle sale will be donated to Movember Foundation USA — a non-profit working to fund men’s health projects.

The Lowdown: This Melanoidin is the first release by New Image in its new series of Imperial Coffee Stouts. The base stout is boiled for over nine hours to creating a dark, rich beer with a silky mouthfeel clocking in at 12.5 percent. To give it an extra boost Madagascar Vanilla beans and rich maple syrup have been added.

The Lowdown: In honor of Black Friday Lost Highway is taking what the people love which is its Coconut Almond Porter and giving them even more. Instead of fighting the crowds you can explore the adjunct world of Porters with the release of a Blackberry Porter and a Maple Porter – there will be a Porter flavor for everyone.

The Lowdown: Woods Boss is bringing the holiday spirit with this Belgian Quad brewed with 40 pounds of fig puree which are then aged on 25 pounds of Organic Dominican Zorozal Cocoa nibs along with 40 pounds of Cherry. With its deep purple color, an explosion of chocolate and stone fruits it’s guaranteed to get you ready for the season.

The Lowdown: For Black Friday Verboten is putting a different spin on its award-winning Imperial Stout with the use of a new style of barrel. This beer is aged in Ardberg Scotch Barrels taking a rich and complex beer and adding a level of smokiness to it. 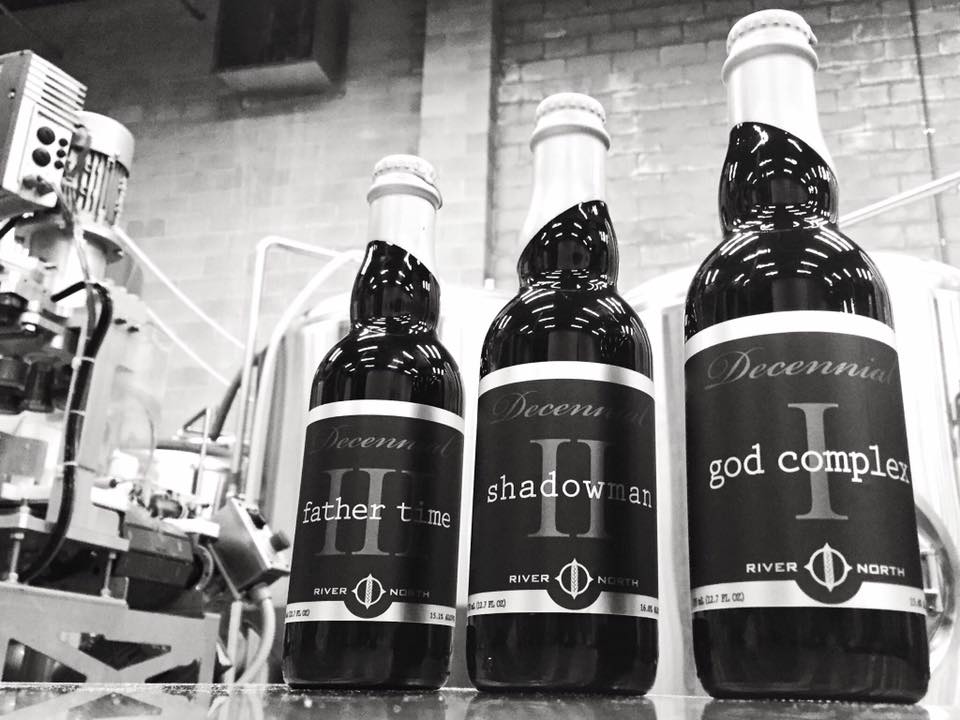 The Lowdown: River North Brewery is bringing the fire to what has quickly become known as Small Business Saturday across the country. The brewery will be releasing three beers from its Vicennial series – Barrel Aged God Complex, Barrel Aged Shadowman and Barrel Aged Father Time. The best part about these beers and how they were brewed? You can have them now or 10 years from now and they will still impress with their flavor profile because they were brewed for the long haul.

The Lowdown: If you plan on taking the family skiing for the holiday weekend make sure to plan a stop at Outer Range on your way up or down. The can release will feature an old favorite – Corduroy IPA with Citra, Waimea and Mosaic hops. It will also feature brand new Double IPA name Flannel featuring Columbus, Amarillo and Citra hops.