It may not be Halloween just yet but for those that attended Telluride Horror Show (THS) this past weekend, Halloween is full steam ahead. The annual film festival returned for its eighth year in the beautiful mountain town, this time expanding venues — and capacity — with the Palm Theatre. Though it’s an approximately six-hour drive from Denver, this three-day horror film festival should be on every to-do list for those who crave slasher flicks, creature features and all things frightening. 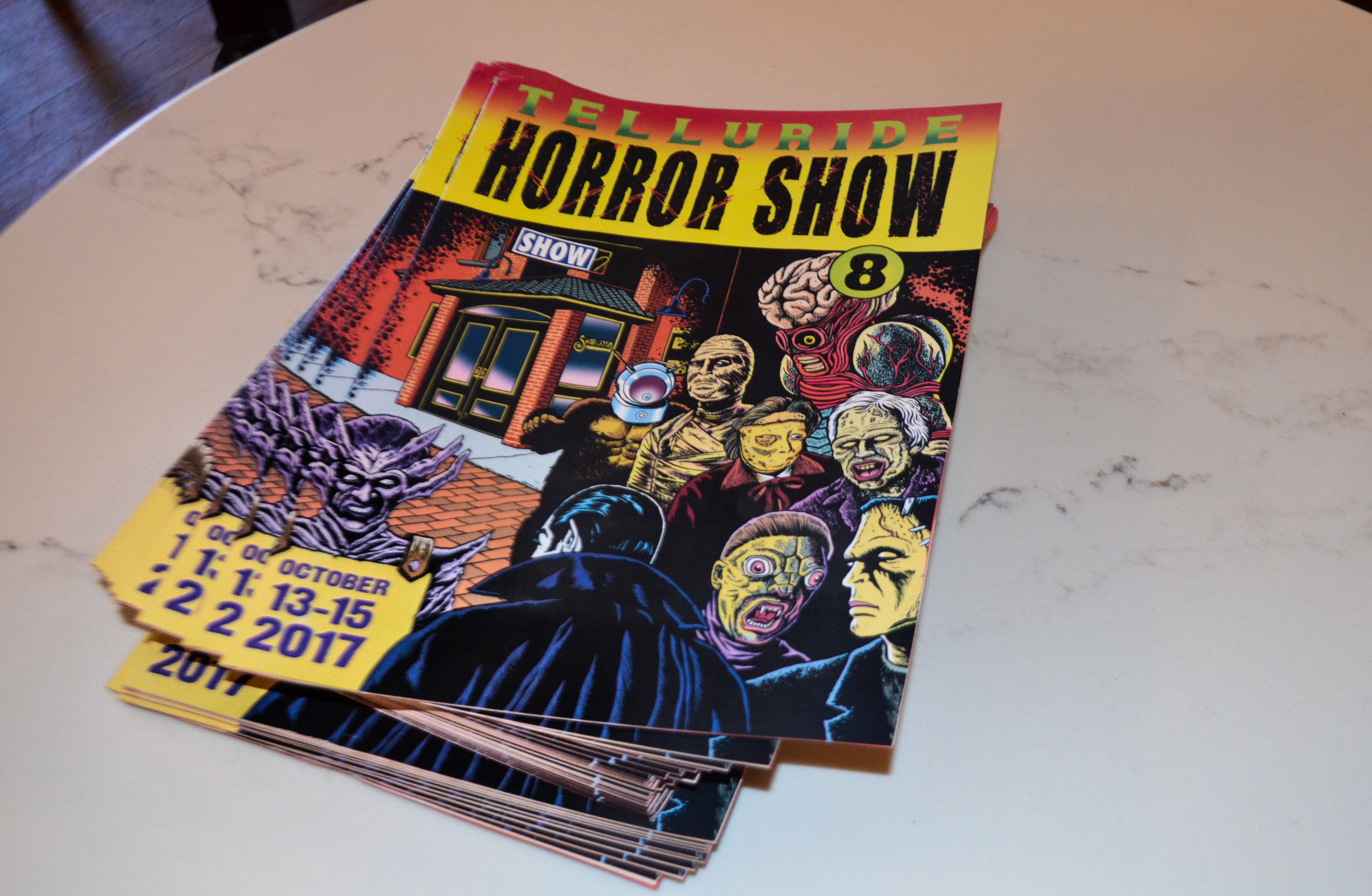 Every year, the Telluride Horror Show lineup is stacked with both Colorado and US premieres. Notably on this year’s schedule was the US premiere of Creep 2 and the Colorado premiere of Jungle. Creep 2 marks the return of Mark Duplass, reigniting his incredibly strange and murderous character. The sequel may not have been as scary or tense as the first, but it proved to be one of the most inventive horror comedies of our time. Creep 2 will have you thinking “what the fuck just happened?” from beginning to end.

Jungle, starring Daniel Radcliffe, follows the harrowing true story of a South American expedition gone wrong. Though more adventure than horror, Jungle blew us away with a grippingly unbelievable storyline, marvelous (and not-so-marvelous) scenery and one of Radcliffe’s most impressive performances. He nailed an Israeli accent and lost a dangerous amount of weight for the role. Other highlights of the festival include the hilariously disturbing Tragedy Girls, the return of filmmakers Aaron Moorhead and Justin Benson for The Endless and a Friday the 13th fan film dubbed Never Hike Alone. Tragedy Girls will play at this year’s Denver Film Festival, whereas Jungle comes out with a limited theatrical release this Friday. Creep 2 will be available on digital platforms October 24 and Never Hike Alone is available to stream for free on YouTube here. Let’s not forget about the short films, though. Telluride Horror Show presented us with a jaw-dropping array of shorts segments including suspense shorts, sci-fi shorts, zombie shorts, “fear itself” shorts and even animated horror shorts. These segments proved to be some the most popular at the festival, selling out quickly throughout the weekend. 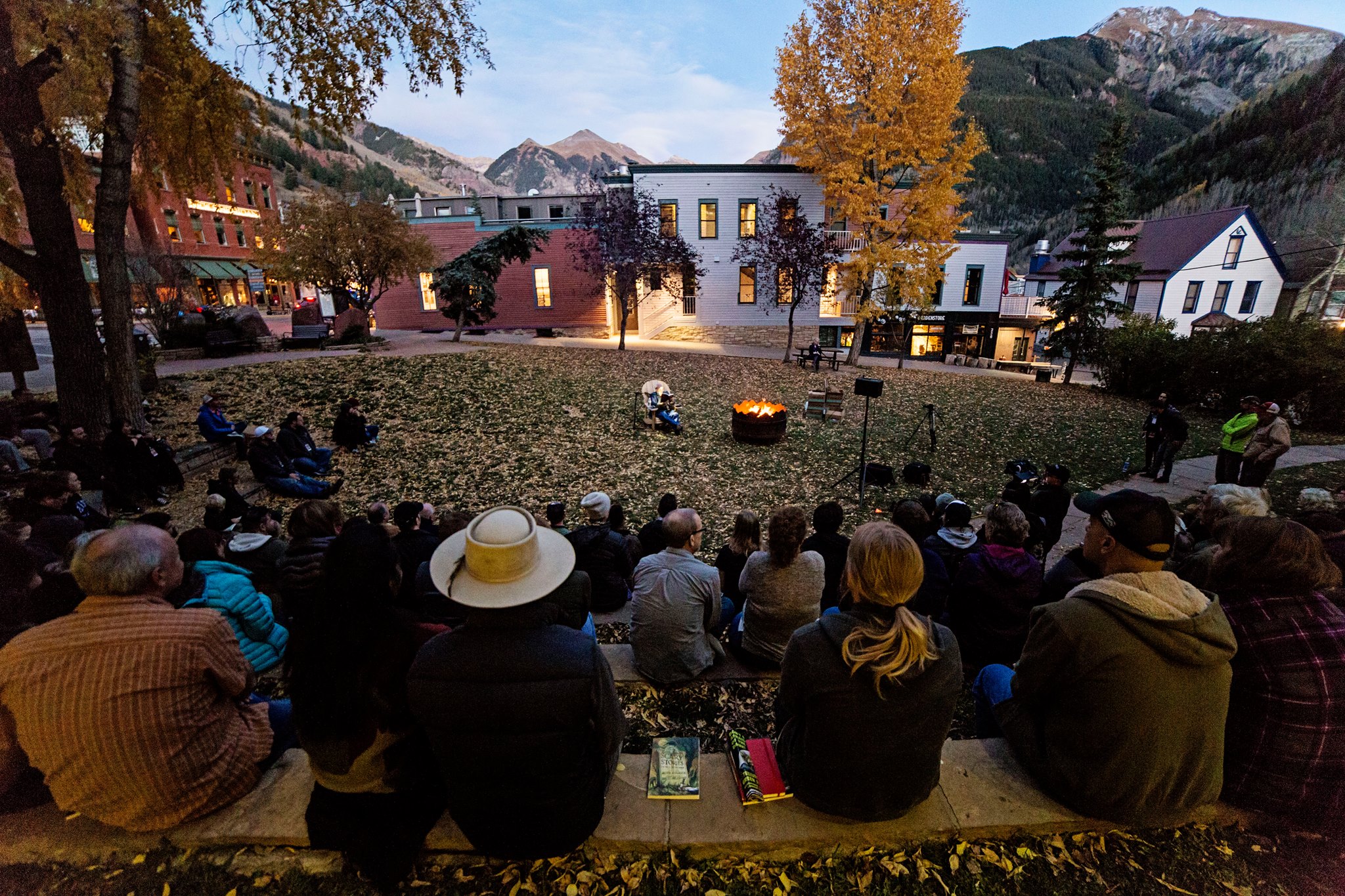 Telluride Horror Show is so much more than just the movies. Over the course of the weekend, one could find an assortment of events taking place. Passholders could grab some free barbecue at the THS annual pig roast at the base of the gondola, then take a free gondola ride to the top. Free barbecue wasn’t the only free food at the event — THS also provided an Ice Scream Social with bloody ice cream cake and all. The Creepy Campfire Tale at sunset was certainly a highlight. It featured guest author Jeremy Robert Johnson, who also did a book signing at the event. Johnson is known for his scary short stories including his selection for the campfire tale, “When Susurrus Stirs” from Entropy in Bloom. 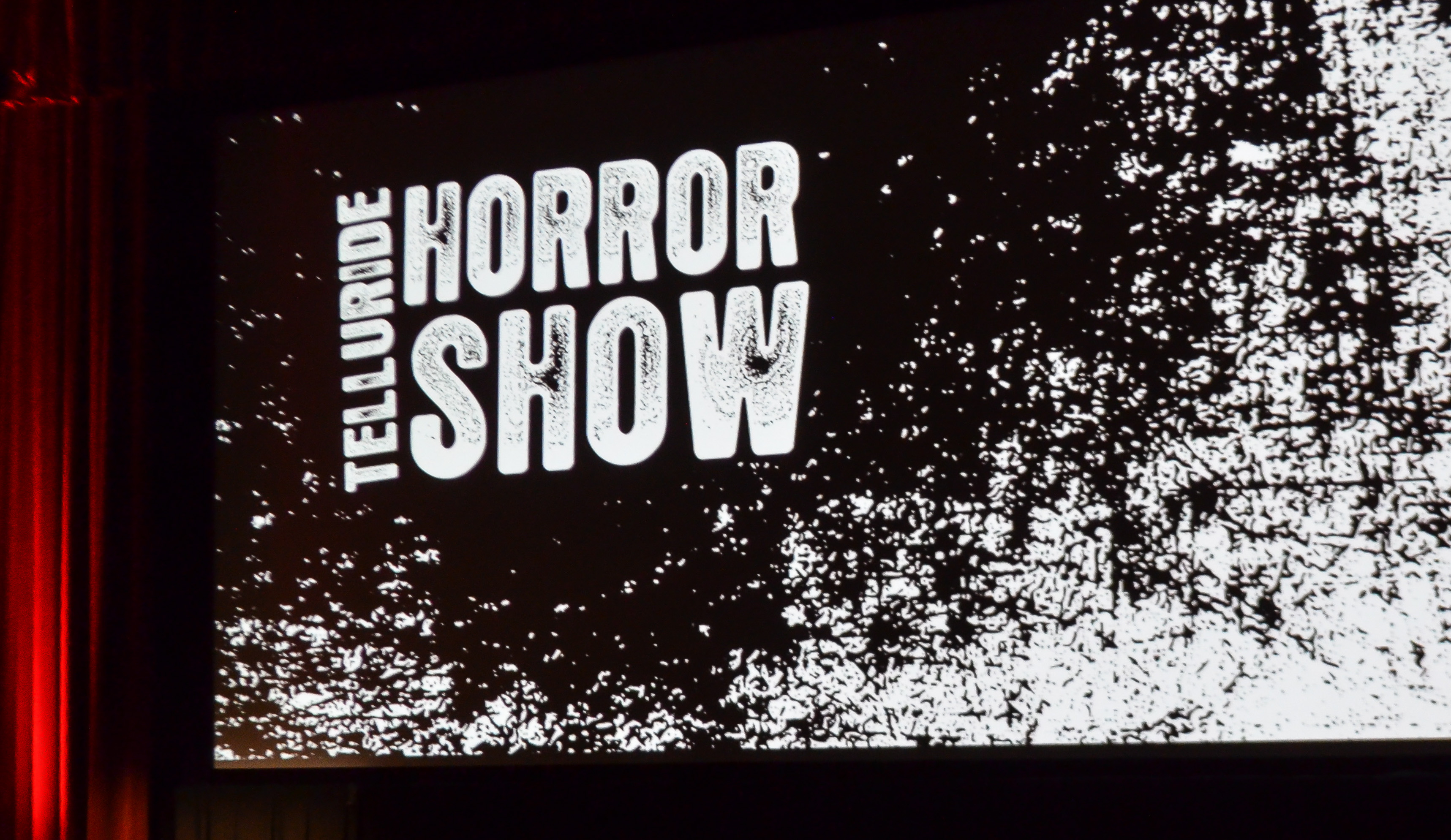 Not only were there guest authors conducting book signings and creepy campfire tales, there were also a handful of notable filmmakers and critics. Publications Dread Central, Bloody Disgusting and Birth. Movies. Death. were all on-site reviewing films and even hosting events.  Dread Central’s Jonathan Barkan and Brad McHargue had their very own horror trivia. At the Colorado premiere of Jungle, director Greg McLean was in attendance to discuss the film after the showing. McLean is known for his gritty horror classic Wolf Creek as well as the recent violent horror comedy The Belko Experiment. Viewers who stuck around had the opportunity to learn about how difficult it was to shoot the film, why Radcliffe was cast and how the actor only ate one hard-boiled egg a day for weeks to prepare for the role. McLean also told the audience that Jean-Claude Van Damme was nearly cast for Radcliffe’s role and that Yossi Ghinsberg, the man Jungle is based on, had been trying to get his book made into a film for years.

Before the US premiere of Creep 2 director, co-writer and actor in the first Creep, Patrick Brice (also see The Overnight), asked everyone in the audience to raise a hand if they hadn’t seen the first film in the series. About a dozen people put up a hand, and Brice ran into the crowd to hand them all a free copy just before telling them to leave the theater immediately to go watch it. More hands went up as soon as he began. After the showing, he discussed why he cast his lead actress and who decided to include a full frontal Mark Duplass scene. Brice also confirmed a third Creep film. Tragedy Girls filmmaker Tyler MacIntyre discussed casting two X-Men actresses in the film, and how the casting director of Jawbreaker helped him out. Also in attendance for Q&As were Tyler Schnabel (Frazier Park Recut), the cast and crew of Derelicts as well as Never Hike Alone, Sam Patton (Desolation), John Dwyer (Confessions of a Serial Killer) and Ron Carlson (Dead Ant). 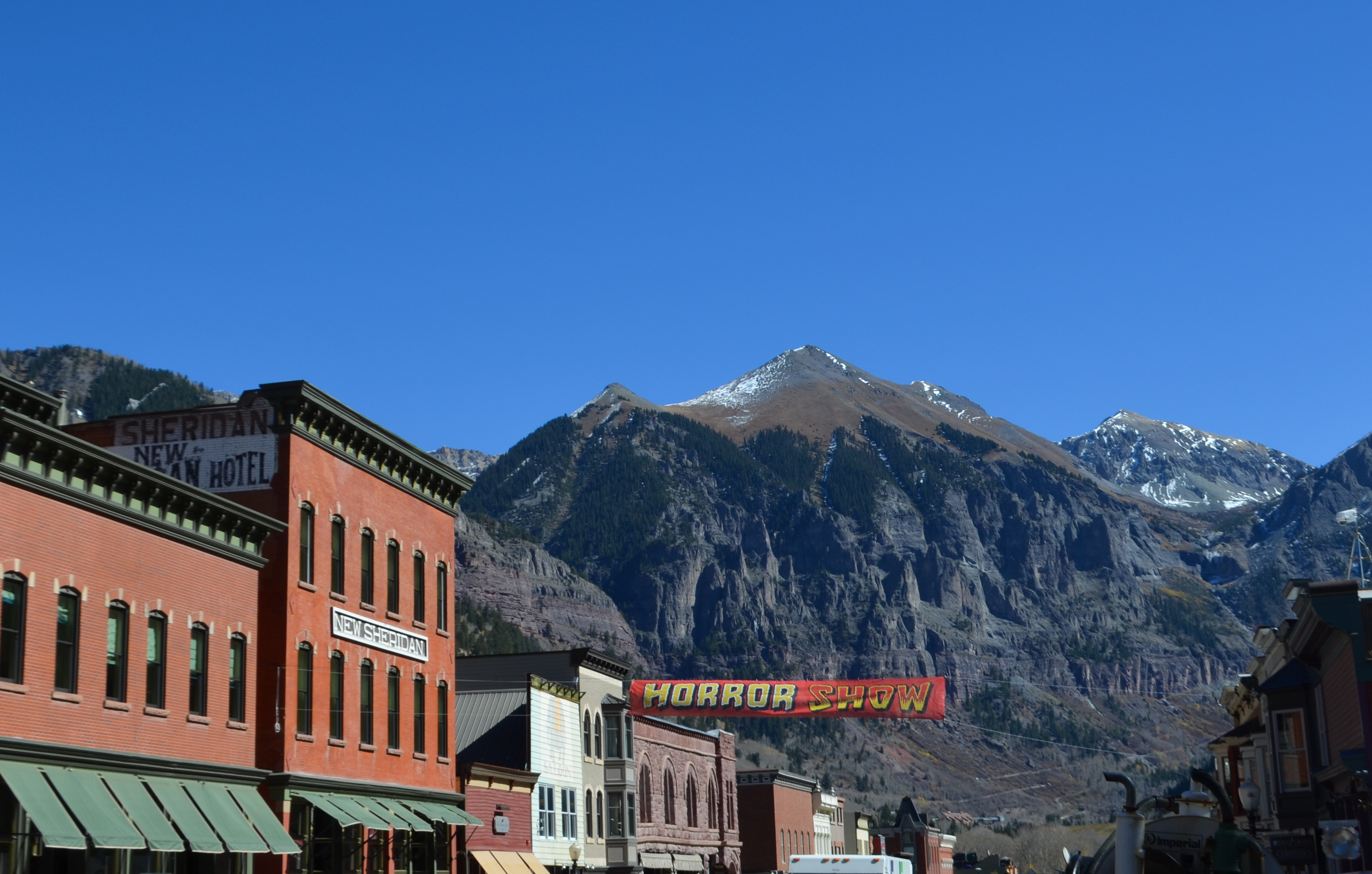 There truly is nothing like Telluride in the fall — the mountains peaks are transitioning to snowcaps, the aspens are in their final days of changing colors and the weather isn’t too hot or too cold. While at Telluride Horror Show one can wake up early and check out one of the mountain town’s breath-taking hikes, eat some damn good food (see: Brown Dog Pizza) and visit the venues that the town has to offer. Though the town hosts a wide variety of festivals throughout the year, Telluride Horror Show is one not to be missed.

READ: A Mapped Guide for an Epic Trip to Telluride