Shpongle is an artist that any written review or account of his sound would embarrassingly pale in comparison to the depth and complexity of his performance. On October 27 Simon Posford — UK-born psychedelic music conductor — converted the stage at The Fillmore into a mind-melting visual and audio circus adorned with mesmerizing aerialists, live painters and shapeshifting belly dancers. The Latin-infused psytrance waves of intense emotion vibrated through the crowd, resulting in a once-in-a-lifetime experience that only Shpongle can produce and Shpongle fans can recognize. We sat down with the maestro himself to talk about Codex VI — his latest and arguably most masterful album yet — and the moments of his life that led him to where he is today. 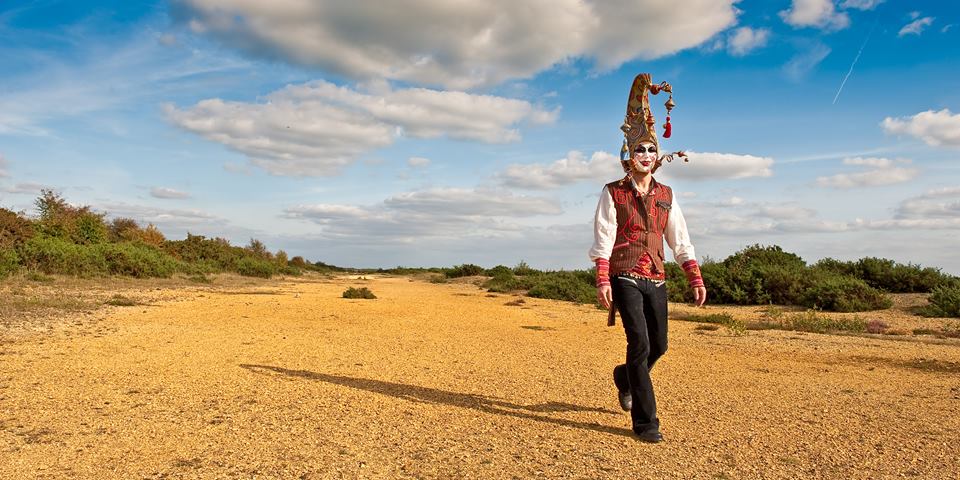 303 Magazine: What was the creative process for your most recent album, Codex VI?

Simon Posford: We always start with a blank canvas. We boost up the computer with no ideas, no samples, no sounds or anything and then we start from there. We start with drums, add some bass — we might have an idea of a genre we want to go for, like, we did a Cuban track this time, so you might hear a little Latin influence in there. Generally, Raj [Raja Ram] comes down to my house and he’ll stay as long as we can bear each other. He’s just such an inspiration.

303: I watched a video where Raj described taking marbles and throwing them downstairs and recording that sound for a sample. Where do you find the inspiration for that?

SP: That particular song and sound was inspired by the Large Hadron Collider at CERN, so we wanted the sounds of molecules smashing together. Sort of like a Foley artist we thought “Okay, we need the sound of particles smashing together,” and it came to mind immediately. We’ve spun coins and stuff as well; you know the sound that a coin makes as it speeds up before it drops on the table? The truth is, you can make any sound into anything else, really. There’s so much processing power available. You can take a tambourine and turn it into a liquid drop of nectar.

303: How did you and Raj click so well initially?

SP: He is a very likable, relentlessly positive, Dali-esque cartoon character of a man. It’s very hard to dislike him. 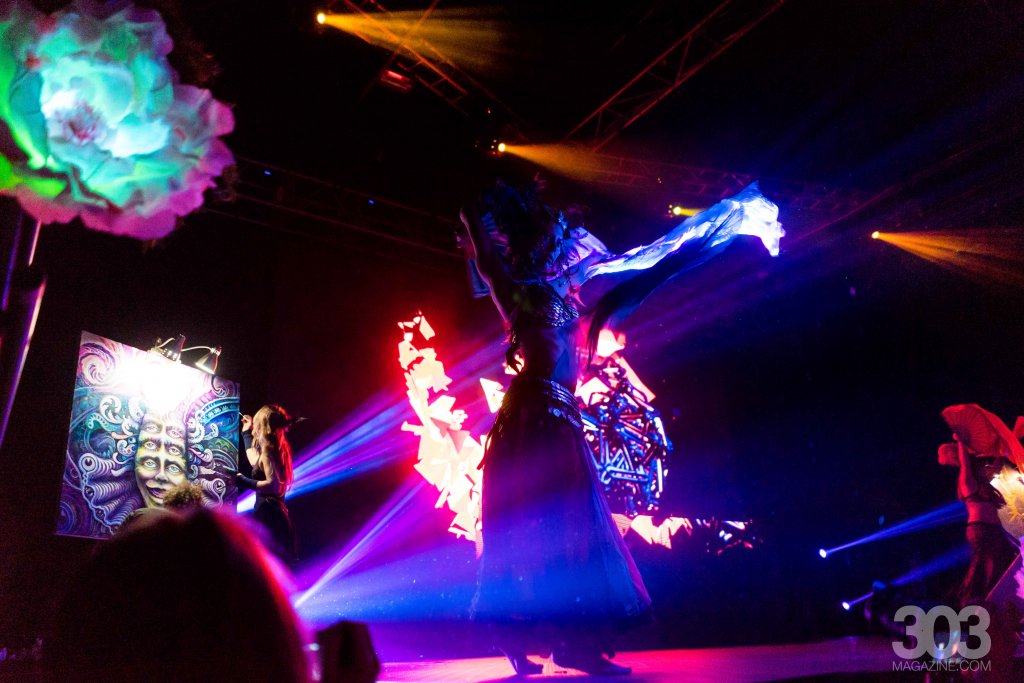 SP: Probably “And the Day Turned to Night.” As an artist, the reason you keep doing it, keep banging your head against the wall, is because you’re striving for this feeling of satisfaction. It’s almost there, but sort of just out of reach. When we did “And the Day Turned to Night” I was proud for a moment. I was like, “You know what… that is a good track.” It was 20 minutes long, it was in a 7/8 time signature, which for me was new at the time, and I finally achieved that feeling of satisfaction where I was quite pleased with it. You don’t get many of those. There’s a famous quote, “A mix is never finished, it’s only abandoned.” And it’s true.

303: What’s the best life advice someone has given you?

SP: I don’t know about advice, but for me, there was a pivot. You have a certain looking back on your life, certain crossroads where the forks are incredibly important, and there is a main one for me. I was working at Virgin Studios when I got out of school and was getting frustrated at not being able to make my own music. I was getting sick of it. Then, I heard Youth [Martin Glover] was looking for someone to work for him.

At the time I had the choice of going to work at the Manor — Richard Branson’s house — that had swimming pools, a 24-hour chef, indoor squash courts, and an amazing studio. The band that they were setting up was The Cure, who was the band as a teenager I hero-worshipped. It was really tough — to either go and work with my favorite band at this gorgeous studio, or go and work with this mad hippy who I’ve never heard of, who I’m not sure could even pay me, but I’ll be able to make my own music. I went and did that [Youth]. If I hadn’t, I dare say I’d be richer, a more successful producer, but I don’t know if I’d be any happier not being able to do my own thing. 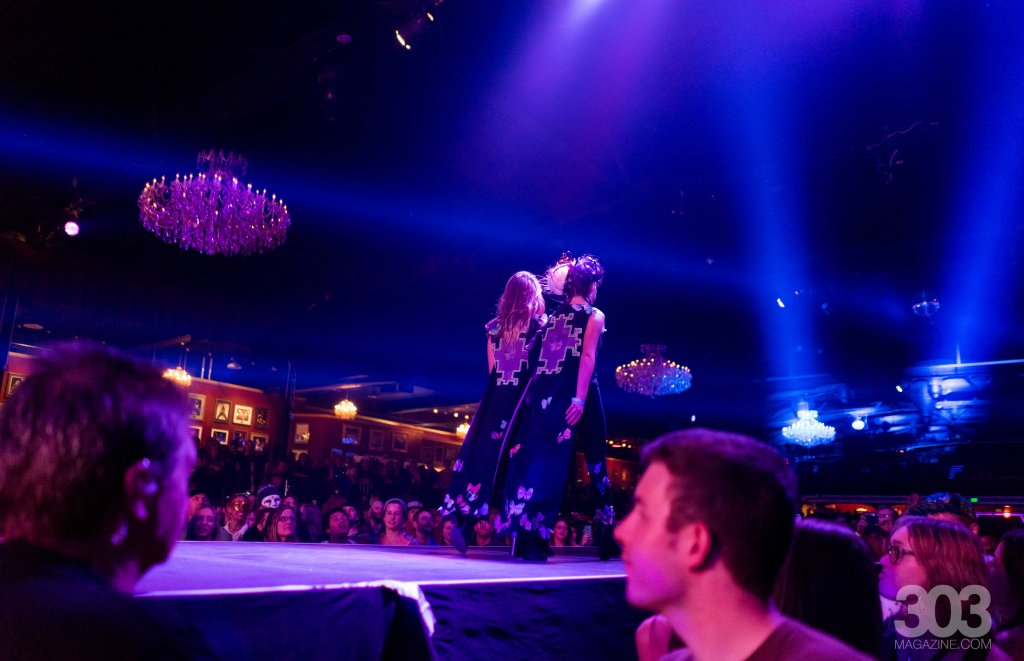 303: I know your fans and I are happy you chose that path. Who has been the most influential person in your life?

SP: Robert Anton Wilson, maybe, who wrote Cosmic Trigger, which had a huge effect on me. Raj also had a big influence — Youth as well. Many, many people. Bill Hicks, as well as my dad. [My dad] was a very positive inspiration.

303: Shpongle has been around for quite some time. What is the biggest difference you’ve noticed from when you started to now?

SP: Well, when we started, there wasn’t even the internet. In those days, you could sell records and people would buy it. Now, you have a phone with tons of gigabytes of music you’ll never have the time to listen to. The music wasn’t disposable, it was something to be treasured and relished and delighted in and explored. I would save my money and go down to the record shop and have my eye on this album for weeks. I’d listen to it, pour over the artwork and immediately take it home and record it to a C90 cassette so that the vinyl would stay in good condition. I do love that the vinyl is coming back — it’s making a resurgence. It’s rekindled the pleasure that I’ve sort of lost playing [music] through my phone. Putting a record on places it into a context with an intention. It’s not idly flicking through Spotify on your phone. It gives much greater a reward.