When electronic music pioneer deadmau5 (Joel Zimmerman) takes a detour on his Canadian tour to play at Red Rocks and Beta Nightclub — you go. Grammy-winning Zimmerman is one of the most universally recognized DJs in the world and the crowd was the perfect reflection of his age-defying awe. The rows quickly filled with parents, curious teenagers and longtime fans of all ages who sat patiently waiting for the mysterious black curtain concealing the stage to drop. Neon glow-stick mouse ears flickered throughout the audience as a tribute and instantly recognizable symbol of the iconic mouse helmet and logo deadmau5 is known for today.

On October 19 and 20, deadmau5 took an unusual stop during his Canadian “Lots of shows in a row: pt 2 Tour” to play a two-night run at Red Rocks and one after-party at Beta Nightclub. On night one, BlackGummy opened for deadmau5, while No Maña took the opening stage on night two. Sydney-based artist Electrocado opened both nights, and joining deadmau5 at Beta were BlackGummy and No Maña.

Mr. Bill of Electrocado kicked off Thursday night with a slow house progression, serving as a steady metronome that continually played over the noise of the deadmau5 fans filing in. The large black curtain spanning the entire width of the stage left little room for the openers to add any visual elements, aside from the dock lights. So the music alone was the focus of the event until deadmau5 made his appearance. Luckily, Electrocado’s progressive house beats kept us satisfied until the next opener took their turn — BlackGummy. His dark house sound molded perfectly into the ominous stage, increasing the creeping anticipation for the unveiling of the Cube 2.1 — the latest model of the infamous deadmau5 LED stage.

deadmau5 began his set with the curtain still concealing the cube. The flickering lights and glimpses of the visuals peaked through the drape as a heavy baseline shook the rocks. The curtain fell when the opening song peaked — revealing the Cube 2.1 — one of the most progressive and technologically-advanced stage set-ups in the world.

Unbelievably high definition LED screens covered the Rubik’s Cube-shaped platform that he stood on top of, donning the infamous mouse helmet. Visuals melted between classic video game characters and heavy machinery during the beginning of his set. Taking a drastic change that only deadmau5 could pull off — hilarious video shorts of mutant mouse creatures breaking it down on the dance floor took over the screens. Highlights of the set include timely “Ghosts ’n’ Stuff” remix accompanied by friendly ghost visuals, and “The Veldt” in its entirety, taking a break from the heavily manipulated visuals to show a slow flyover of naturally beautiful landscapes and fairytale scenery.

deadmau5 closed the set with “Strobe,” followed by a removal of his helmet and stepping off the stage to address the crowd. He admitted while Red Rocks is one of his favorite places, he’d rather be at home playing Rocket League. The crowd laughed and cheered at his well-known love for video games and sarcasm as the game played on the cube’s LEDs. He returned to the Cube 2.1 for one last performance, playing new songs that are not yet released. It was the most impressive moment of the show — the finale where he completely gave in to the grimy, glitchy beats, shocking longtime fans and newcomers alike with his adventurous new sounds that completely dismantle any preconceived notions to who you may think deadmau5 is. While deadmau5 has certainly made his mark on the electronic scene, his new direction proves he’s far from the end of his reign. 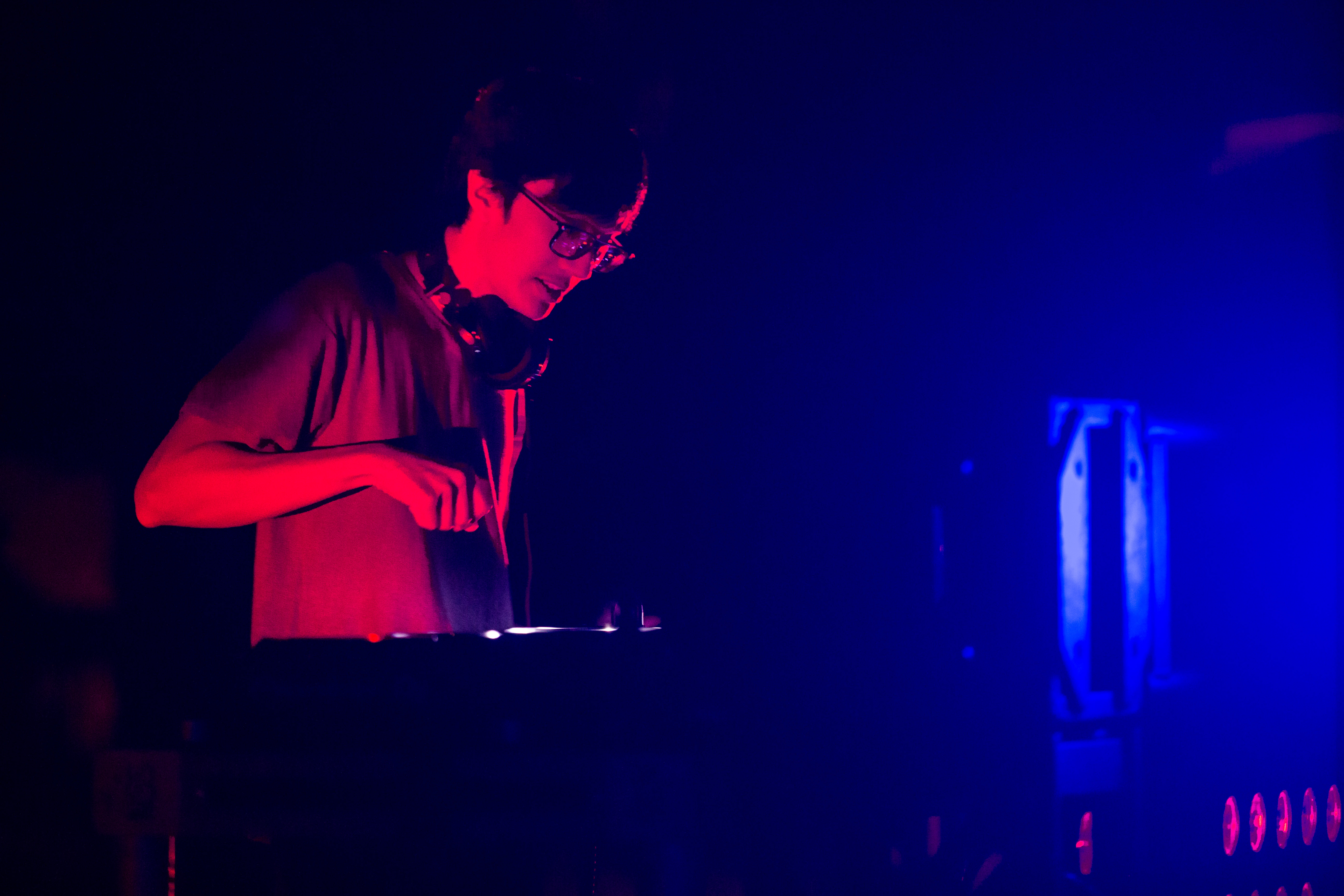 deadmau5 continued such reign at Red Rocks night two. Electrocado returned for another dose of techno beats, beginning his set the second door’s opened. No Maña came next, offering up quite an array of electronic instrumentation. The artist mixed house, trance, dub and more, displaying similarities to deadmau5 material. He proved a suitable fit for the mau5trap label. No Maña continued his dance party from Red Rocks to Beta Nightclub, which was already seeing an increasingly growing audience. deadmau5 wrapped up his set at Red Rocks sometime between 11 and 11:30 and arrived at Beta miraculously fast — Zimmerman was on stage at the nightclub around midnight.

No Maña didn’t depart Beta right away — first, deadmau5 made a quick appearance which got the crowd vamped up. Then, Zimmerman came back to perform with No Maña for about 20 minutes. Together, they produced something new and fantastic that included tropical beats and the perfect club-bass lines and drops.

After No Maña waved goodbye and walked off stage, deamau5 took over. The artist was unrecognizable to some — the packed crowd paired with the bright Beta light boards made it difficult to see who was behind the DJ booth in the first place. Not to mention, deadmau5 didn’t come with his discernible helmet. The crowd quickly realized that this wasn’t about to be an ordinary deadmau5 set — this was Joel Zimmerman, raw and real. Zimmerman provided more mixes and club beats than actual deadmau5 material. He offered moments — tastes — of his own material and mainstream tunes including “Ghosts ‘n’ Stuff.” Throughout the night the audience was taken through techno, house, tropical — you name it. Compared to his other live material, the music contained fewer dub influences, fewer strange random sounds and house similarities to his recorded material.

deadmau5 brought similar lighting themes from Red Rocks to Beta. The nightclub flashed comparable patterns, geometric shapes and industrial-tinged images. The club grew more and more packed throughout the evening, maintaining a substantial entrance line well past one a.m. The night concluded in a feeling of utter bliss tinged with nostalgia — some of us had just seen deadmau5 for the first time ever, some of us twice in one week and some even twice in one night. deadmau5 treated Denver to three shows — all outliers from his Canadian tour — and if there’s anything we’re feeling now that it’s over, it’s thankful.

All photography by Kyle Cooper. Check out our full galleries from night one here and night two here.