Pumpkins are every bit a part of fall as masks are to Halloween, but for Barry Brown, Denver’s own master pumpkin carver, pumpkins are the canvas in which he can display his unique work of art. Brown’s carved pumpkins have appeared in the beloved children’s film Hocus Pocus, on the tv show Roseanne, Good Morning America and The Today Show. Locally, you might have seen Brown’s work at the Union Station, the Denver Botanic Gardens, the Broncos Bunch Kids Club, and now a tree with 30 carved pumpkins hanging from the branches at Denver Place off 18th & Curtis. Here, he talks to 303 Magazine about how he found his calling and life reflections we can learn from pumpkin carving. 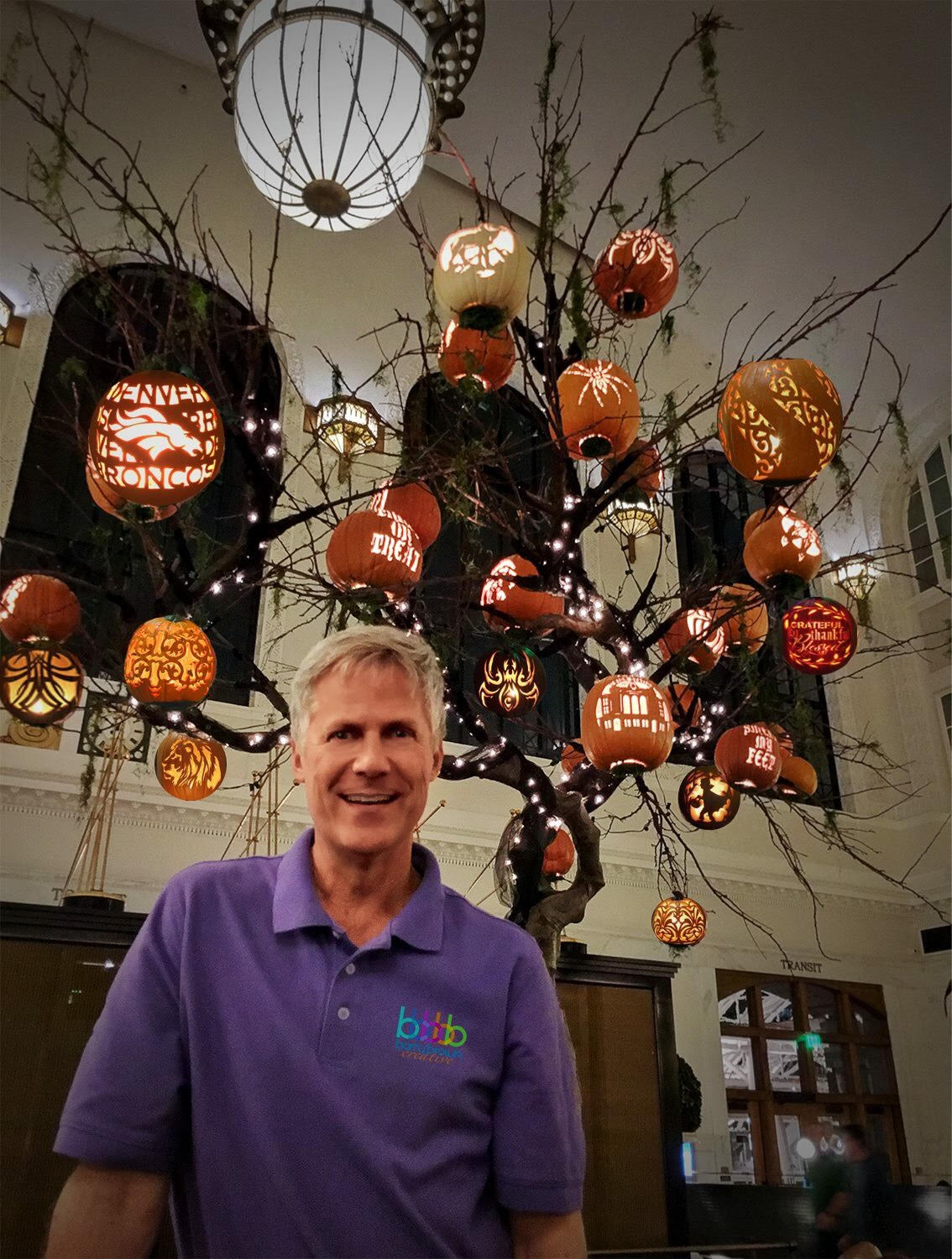 Originally from Erie, Colorado, pumpkins were a part of Brown’s life as early as childhood. “I remember being a kid and having my own pumpkin that I kept in my bedroom. For Halloween, I would decorate it with paper and carve it with my mom’s paring knife that we used to peel potatoes with. I’d try to be more intricate and creative than just triangle eyes,” Brown said. But beyond this occasional carving, Brown wouldn’t dive into it until later in life when he learned about a contest.

“I found the first pumpkin carving kit in a grocery store and on the cover was an announcement for a national grand prize for $1,000 and a trip to Disneyland for four. I carved a pumpkin three different ways to enter three different times. I didn’t win the grand prize but I did win $100 and in the process found out the first kit business started in Denver, Colorado,” Brown recalled. The second year he entered the contest, he submitted a pumpkin named “If Tiffany Had Used a Pumpkin,” it was carved like a Tiffany stained glass lamp shade. He won the grand prize. Over the next years, he’d meet the individuals responsible for pumpkin carving kits and work for them as a graphic artist, packaging designer and instruction writer. The skills he’d learn at Pumpkin Masters would set Brown up for the career he has now.

Now as a well-known carving master he receives a lot of requests but luckily he still finds time to celebrate the holiday.

“On Halloween, my phone isn’t ringing, all the pumpkins are carved, and everybody’s doing their own thing. I’m beat by Halloween, I just want to put my feet up, watch It’s The Great Pumpkin, Charlie Brown, and be thankful for all the business opportunities I received.” Brown said.

His latest installation at Denver Place was inspired by an interactive theater piece in which a tree was decorated certain ways to convey the passage of time. He wondered how a tree like that would look with carved pumpkins and made it happen.

When it comes to carving your own pumpkin, Brown has one main tip — don’t overthink it. “If you try too hard, you’re not going to be as successful, which is a strange instruction to tell people but it’s true,” Brown added.  “Some people worry about messing up their pumpkin but when they light up, it’s fun to have that moment of silence and have them realize “that looks amazing, I did that.” 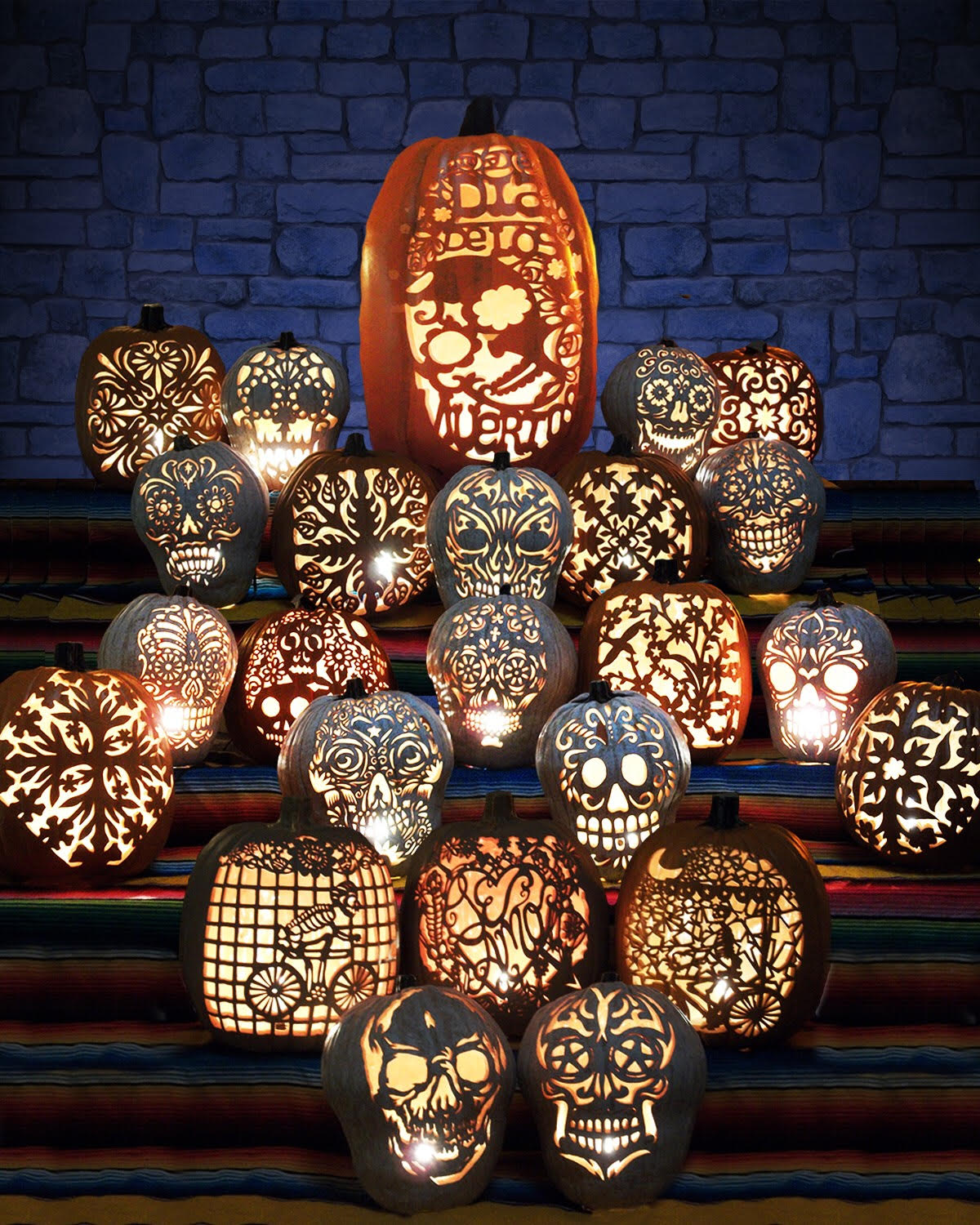 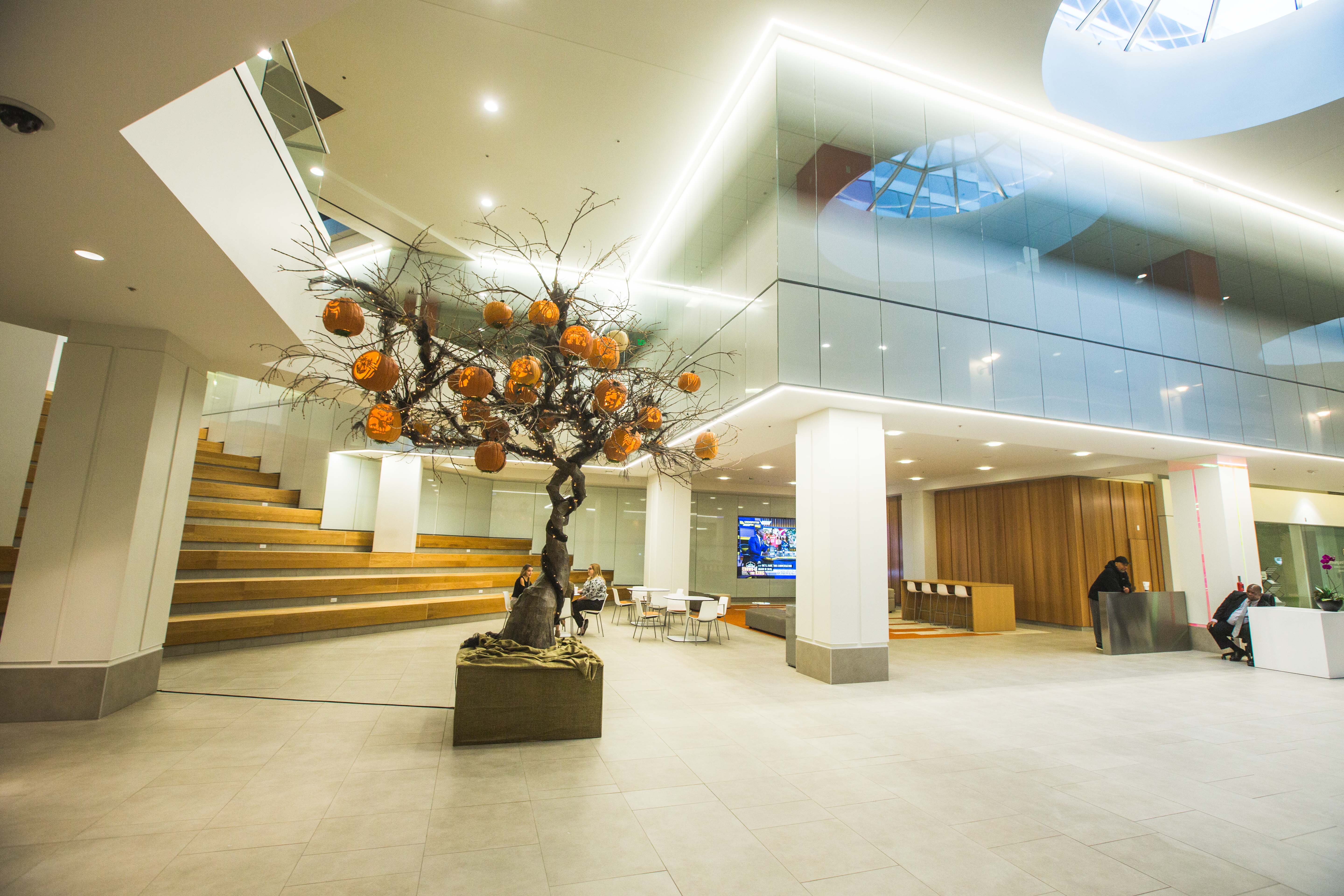