Over one hundred women gathered together at the steps of the State Capital during the “March for Black Women Denver: Not Forgotten”  a rally that took place on the last, chilly weekend of September at several different locations across the country — including Washington D.C. “It is an exclusive space for black women,” said Kinyata Fulton, a local activist and one of the organizers of the event in Denver. Even so, the mothers of biracial children along with other women from various ethnic backgrounds stood in solidarity to offer their strength and support. The rally is part of a national movement intended to create a space to heal and to celebrate the authenticity of being a minority. The event further stands as means to speak out against discrimination, prejudice and violence against African-American women in the United States. 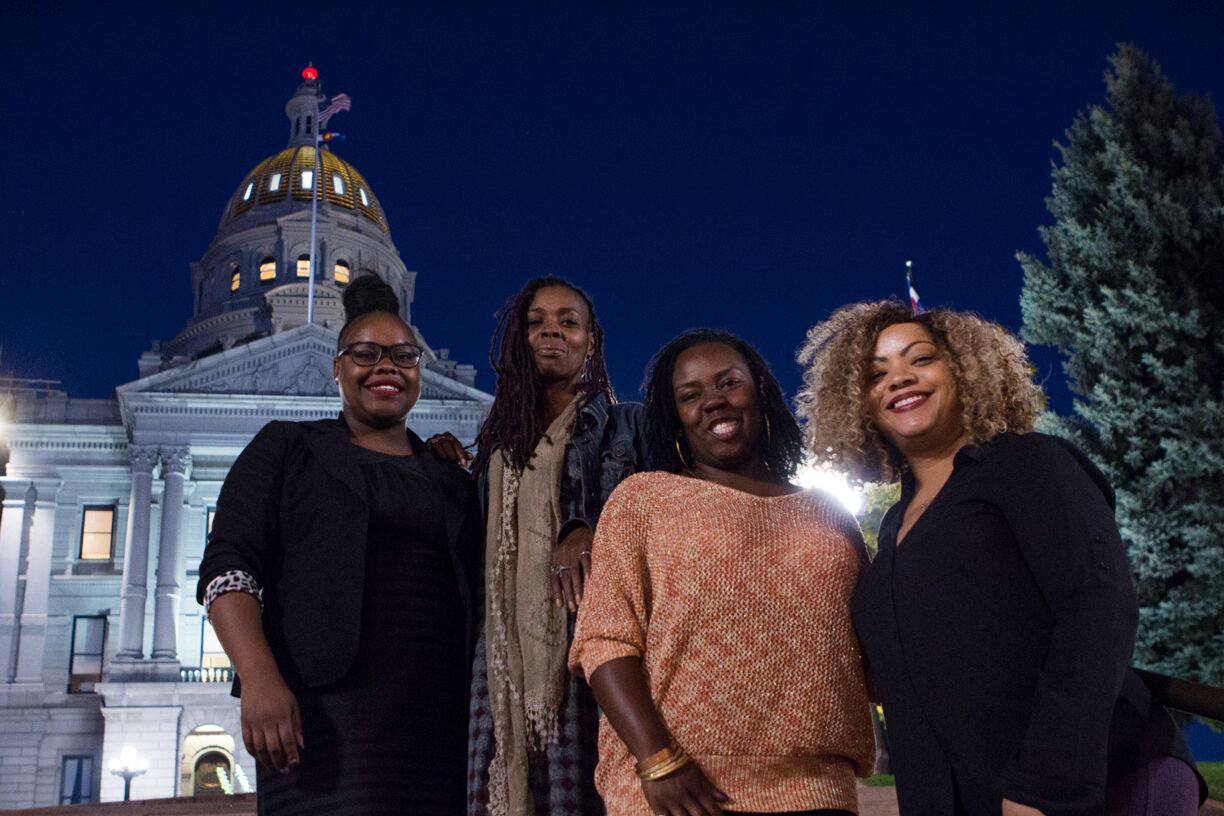 (From left to right) Organizers of the march in Denver Shontel Lewis, Tiya Trent, Kinyata Fulton and Karen Grissom.

The title of the event “March for Black Women Denver: Not Forgotten” further symbolizes the loss of LaShaya Stine, a 16-year-old African-American girl who was last seen at her home in Aurora in June last year. Fulton explained how the name of the event recognizes the deep loss felt by her family and friends, a notion that exists across the nation where other young women have disappeared from their communities. “The title (Not Forgotten) speaks nationally as well, for black women that are missing.” The rally hosted Bree Jones and Lindsay Mentor who spoke on behalf of Stine and her family.

Other speakers included Reverend Tammy Garnett, Remembrance Yoga and 100 Hundred Women in Black, a community based organization focused on rebuilding black communities through empowering women.  Each spokesperson supplemented the theme and brought to light specific issues that women in the audience could relate to using prayer, speech and poetry.

Fulton says they came to the decision to host a march in Denver not only because they believe an event like this is important to have, but also due to the national march that took place in D.C., which led her to cancel her weekend travel plans. “I saw the national march and canceled my travel plans to Atlanta and put out a call on Facebook. Three ladies answered and here we are!”

The four did receive some backlash on social media regarding the racial exclusivity of the event to which Fulton replied, “We thought it was really important to come together and heal; take that time to heal in ourselves and then begin to heal in our larger communities” A fundamental objective of the rally was to create a space where African-American women from all walks of life could come together and experience a sense of  support and communal healing. “Our main focus is healing and self-care, providing options for what that looks like. There is a benefit of both parts coming together for a cause and coming together to say ‘oo we need to let some stuff out.” Fulton explained.

A yogi and local activist in Denver, Fulton often speaks out against environmental, social and civic issues in the city. She believes that the power truly does lie in the people and rallies tend to inspire change. “I definitely feel that rallies, in general, do make a difference regardless of the sort. I believe in people power,” she stated. “An event like this is important to have here because black women exist in Denver and there should be spaces catered by black women for black women everywhere that black women exist.” 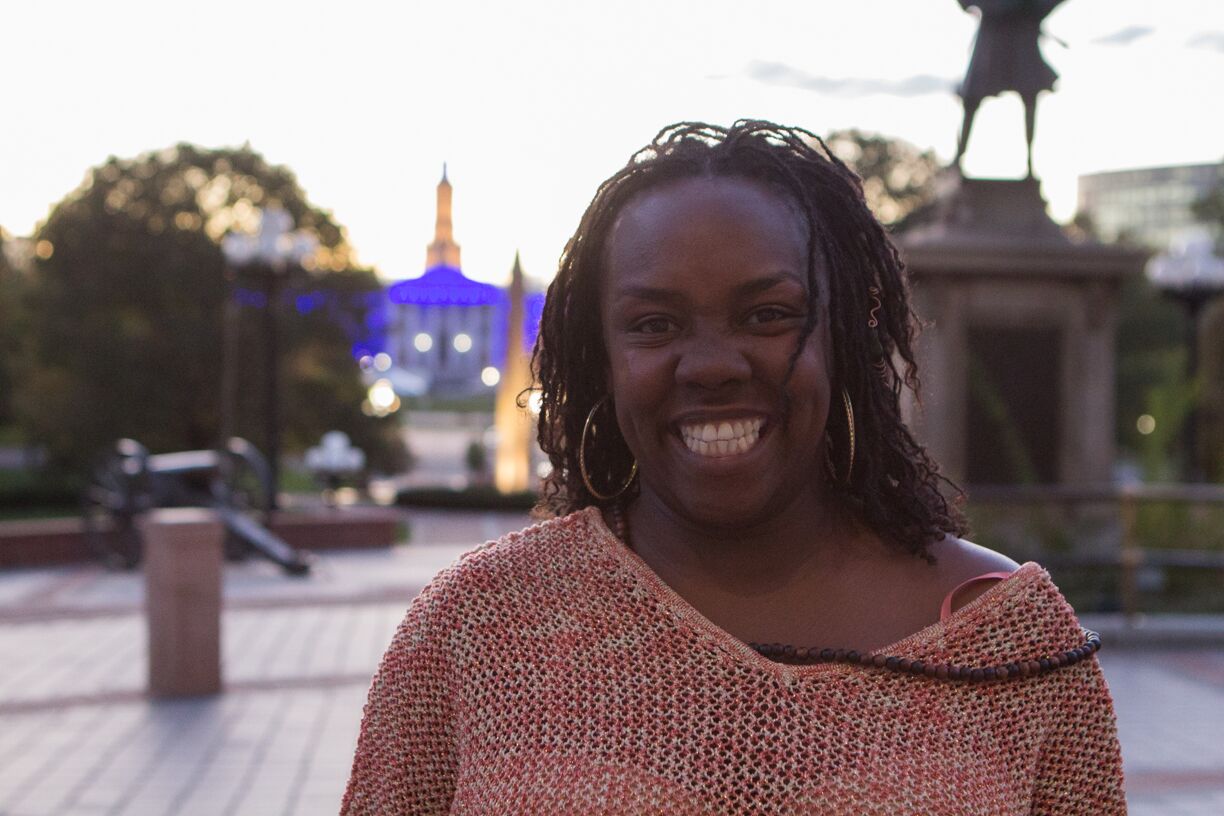 The rally coincides with the Black Girl Magic movement that has detonated across the United States, especially in recent years. Though this ideal did exist throughout Fulton’s childhood, there was no term to encompass it, and Fulton believes it has thrived internationally since then. “Black girl magic is like the essence of the struggle and triumph of black women… It’s beyond America because we’re thriving everywhere — we’re caring innovating and nurturing across this earth.” Fulton Stated

Lewis, Trent, Fulton and Grissom plan to work together on  more projects within the African-American community in Denver. They want to provide a platform for African-American men, women and children to speak out, share ideas and inspire change.  Lewis stated “I think the rally is us just getting started.”

All four women will continue to do out reach and community based work solo whilst working on what’s next.

Grissom concluded “Like Beyoncé and Jay Z, we ignore the critics and send planes to those who need them.” 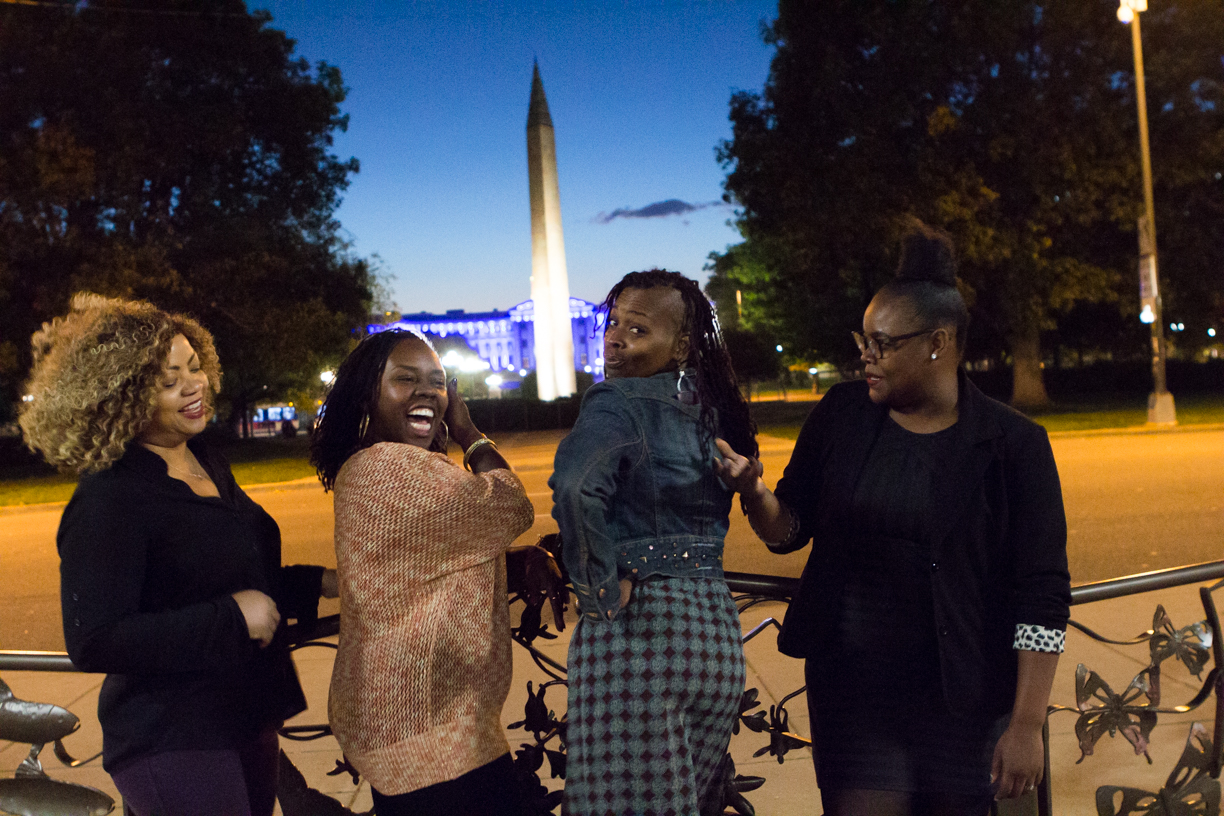 The Black Women’s March on Denver happened at a time when racial and social injustice continues to plague the systematic culture and government of America. Fulton stated “The focus of the march is not looking to address any system, it’s about healing collectively, celebrating each other and remembering those of us that are here and why.”