The horror genre has the ability to entertain us with a good scare but also bring us face to face with our darkest fears. Whether it’s playing God in Frankenstein or the fear of communism in the classic ’50s film The Blob, horror has been used throughout history as a platform to explore what’s unfolding around us. For the local theatre company Pandemic Collective, horror is an art form to bring about outrage and and fear in hope of social change. Rhea Amos, Pandemic Collective’s Artistic Director, opens up about how the company began, how horror is capable of delivering a message, and what we can expect of their latest production, Cadence.

303 Magazine: How did Pandemic Collective get started?

Rhea Amos: I have been in theatre for most of my life and in 2013, I wrote a one-woman show about Elizabeth Bathory, the blood countess, the serial killer who would bathe herself in blood. I self-produced it after finding the venue The Bakery. It was difficult because it was something I’d never done but it was successful, it was fun and it was interesting that people said “this is something that we’re into,” so afterward I decided there should be a horror theatre company in Denver. I started applying for non-profit status, which we got it in 2014 and Pandemic came to be. There are six company members and there’s also associates and artists we work with. Pandemic uses artists from outside the theatre medium in every single show that we do.

“[I] think there’s a real opportunity to convey messages, especially that of the world we want to see, of things that we’re afraid of, things that keep us up at night, things that should trouble us that don’t.”

RA: When I was younger, I was very anti-horror because it would wreck me. One day my parents and I watched The Ring, and I was terrified. I had nightmares for a year of this red train circling up a red cylinder.  It took me over a year to recover from that movie. I slept facing the wall, not wanting to see her. Then I got older and thought “what medium can make you feel that way, can affect you like that?” Horror is such a powerful and beautiful medium in its excess.

303: Pandemic Collective seeks to arouse outrage and fear in hope of social change. Can you elaborate?

RA: Our company is into horror but with the genre there tends to be this propensity of people either loving horror or hating it. It’s polarizing. And with such a visceral art form I think there’s a real opportunity to convey messages, especially that of the world we want to see, of things that we’re afraid of, things that keep us up at night, things that should trouble us that don’t. Pandemic lends itself to that, we’ve done things that are commentaries on violence and punishment, power, hunger and money. Recently we’ve been covering mental health. We did a show called “K: The Rise and Fall of the Club Kids at Milk Bar,” about Michael Alig and James St. James and the killing of Angel Melendez and it was immersive. It was really disjointed and told in a drugged out world. It was essentially about society’s throwaways and the sense of belonging but not belonging, and perhaps creating other issues within that space. 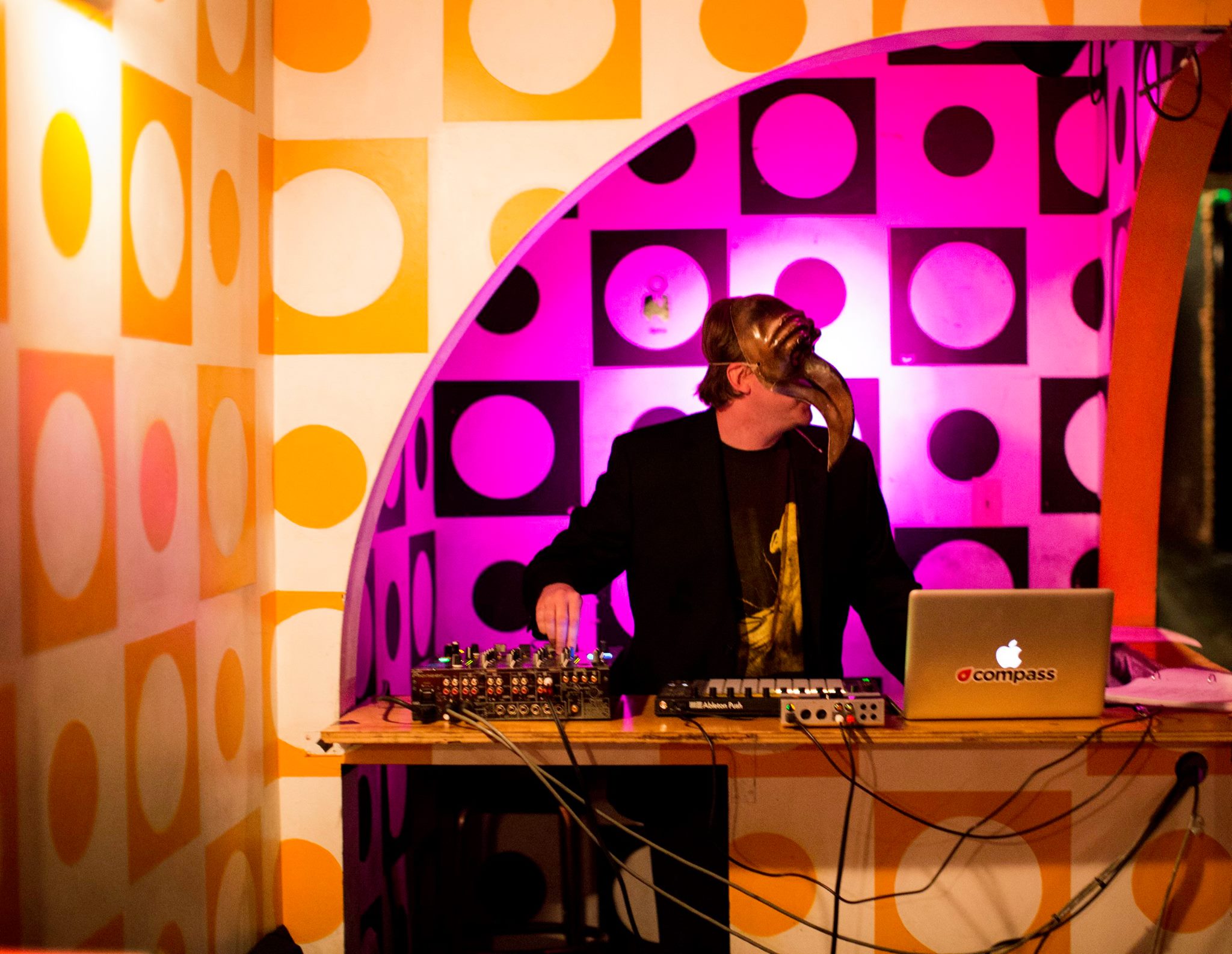 “K: The Rise and Fall of the Club Kids at Milk Bar” 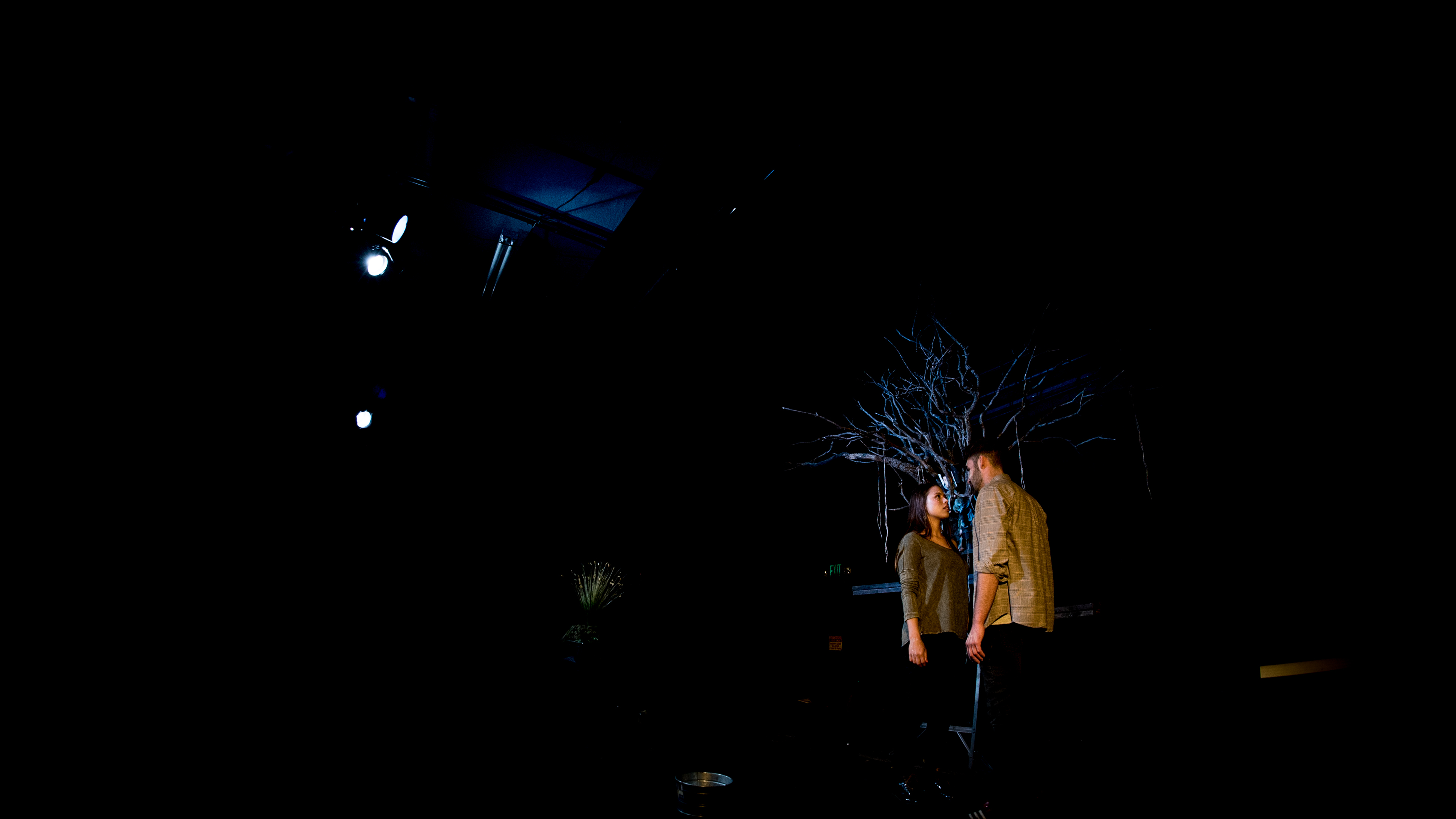 303: Why doesn’t horror get as much recognition as other genres?

RA: Maybe because it appeals to such a visceral part of human nature, like death. Death is inevitable and it’s the unknown and we can believe in our hearts whatever we want to believe but it’s ultimately the great unknown. We’ll never know. Some people think that it’s just shock value and artists in the genre are underappreciated.  There’s also horror directors who have to take on projects outside of the genre to legitimize their profession and gain the respect of other subsets in the industry. These people are artists and they craft beautiful stories that are difficult. Think about hitting someone’s nerves in horror, you have to figure out what’s going to appeal, what’s going to scare, there’s timing, it’s nuanced and it’s interesting.

303: What sets you apart from other theatre productions in Denver?

RA: We utilize artists outside of the theatre medium. I think theatre should be highly collaborative. I don’t identify as a theatre person, I identify as a live performance artist. Theatre for a long time has been closed off and all of the other forms of art have evolved with the times. You go to an art gallery and you see an interactive video installation where you can move your arms and it’ll change, you go to a concert and there’s crazy stuff going on and performers walking through the audience. These other mediums can utilize technology more because theatre requires rehearsal, time and planning. So we use other mediums because it keeps us fresh and connected to our audience, and bringing everything together only strengthens our entire community. 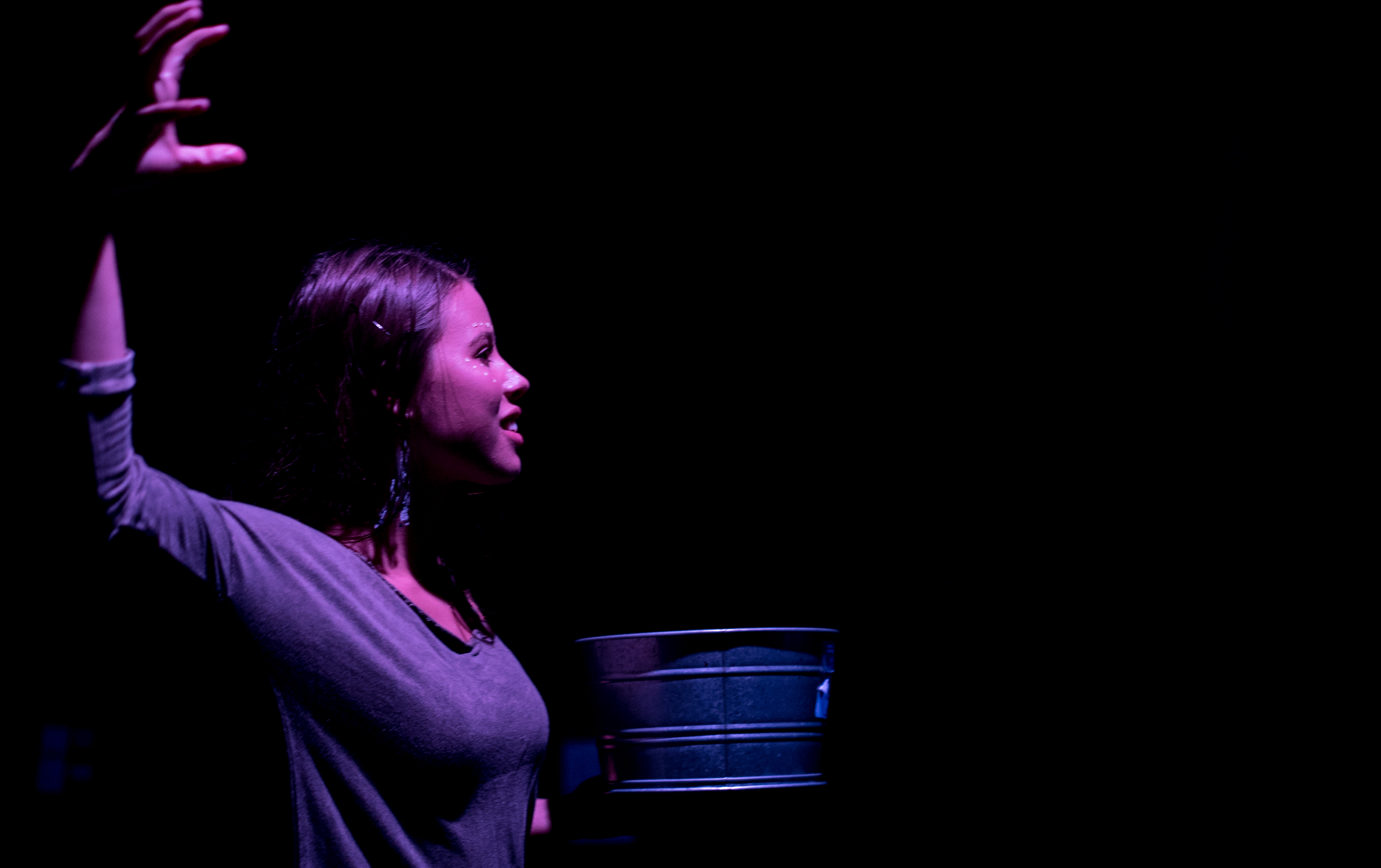 303: What do you want to accomplish in the theatre scene in Denver?

RA: A big thing we want to accomplish with Pandemic Collective is to reiterate how important collaboration is. As artists, we’re taught about how it’s about being the best and everyone else is inferior to you. There are people who are willing to collaborate and look at the bigger picture, if you win we all win. If somebody goes to a horror musical for Halloween and they don’t come to Pandemic, that’s not bad. We’ve all got amazing things to offer. There’s also the matter of our city’s growth and how expensive it is and what that means for the art scene. I used to work in RiNo when it was Five Points, and I worked at an experimental theatre company that wasn’t celebrated very much. It’s interesting to see art districts pop up and these artist lofts taken from artists and sold to people who just moved here for $2,500 a month, you can live the sexy artist lifestyle and not even be an artist. I hope it remains important to everyone in our community that art needs to be supported.

303: Tell me about your latest production, Cadence.

RA: Cadence is written by a Jerrod Brito, a phenomenal horror screenwriter and longtime collaborator with us. To utilize the fact that he’s a screenwriter, the idea was born to do a documentary-style horror play about a missing girl who’s involved in a series of occult murders. Expect live video and live performance and it’s terrifying. It’s the scariest show we’ve ever done. We follow the format of Grand Guignol, which is two short horror plays and then a musician or a dance to cleanse your palate. Grand Guignol is a French style of theatre that originated in the 1800s, it was highly sexualized and very gory. It was popular until World War II and the Holocaust when audiences started falling away and the Grand Guignol finally closed. When asked why the final director said it was because the horror had escaped the theatre and it was in the streets. I think about how chilling it was that this horror was all around them and how everything they conveyed and tried to warn people about was happening.

Cadence runs through the October 28 at The Bakery Arts Warehouse at 2132 Market Street, Denver. Get tickets here. 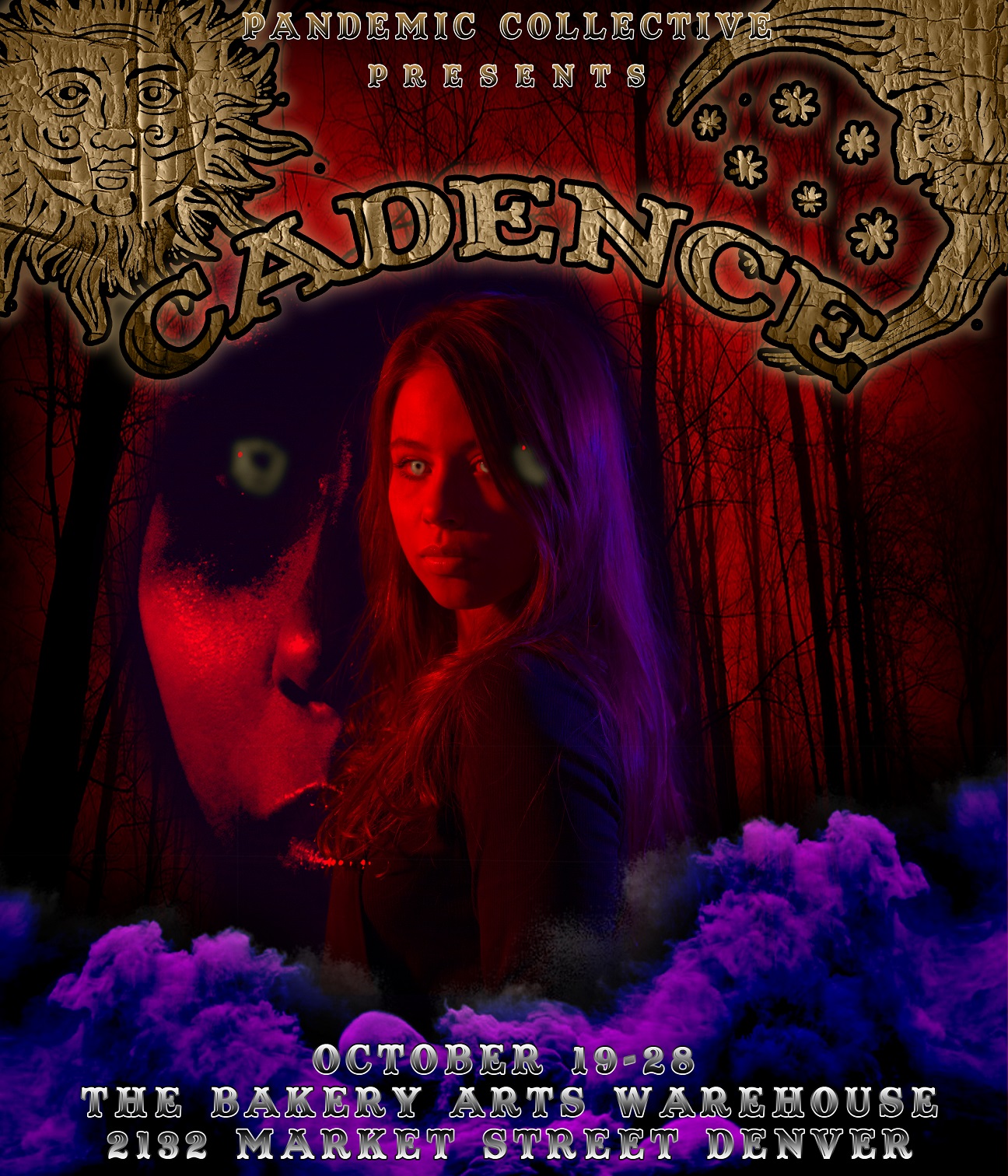