The Colorado Symphony To Play “The Nightmare Before Christmas” Shows

The majestic Colorado Symphony will be showcasing a cult-classic this year with Tim Burton’s The Nightmare Before Christmas. The beloved movie will play on the big screen as the sounds of Colorado’s top talent play alongside it. In 2015, the Symphony welcomed a new associate conductor, Christopher Dragon, who has been warmly welcomed by the community.

Dragon spoke with 303 Magazine about the upcoming shows scheduled for Thursday, October 26 and Friday, October 27 at Boettcher Concert Hall. 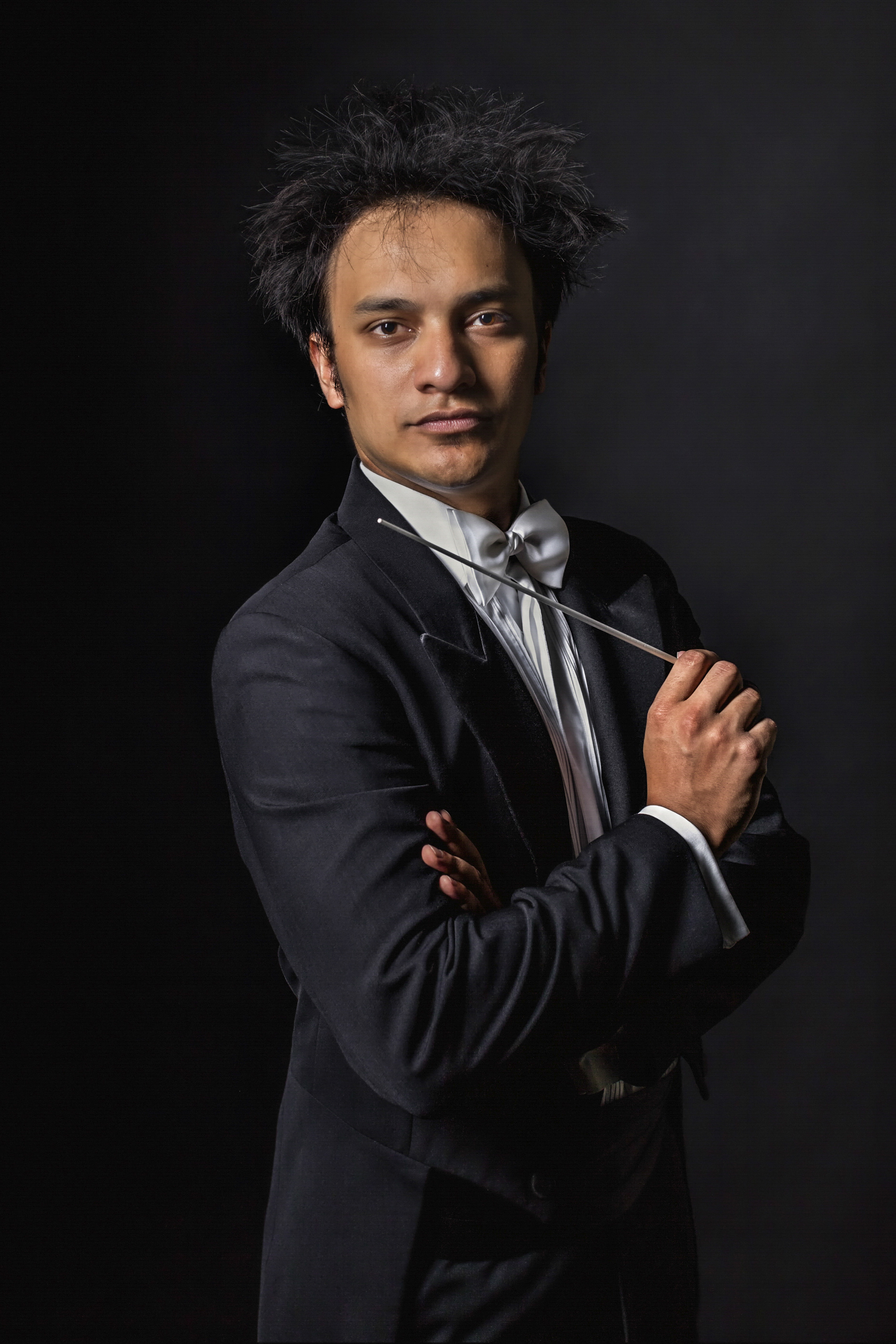 Photo Courtesy of the Colorado Symphony

303 Magazine: Thank you so much for your time today, I am sure you are busy getting ready for the Nightmare Before Christmas concerts.

303: It is such an excellent choice for the spooky season. How did you decide on that?

CD: Actually, this is the first time we are doing The Nightmare Before Christmas. Anthony Pierce, our Chief Artistic Officer, actually decided to do this movie. Quite a lot of the orchestras are doing it this year.

303: Given your age, you were probably brought up in the golden era of Tim Burton. Do you think this influenced your choice for this year’s concert?

CD: Absolutely! The movie came out in ’93 and I was born in ’90. It’s great to see it is still being replayed now. I think a lot of people will remember growing up with this movie. It is really fun to be able to do it in this setting now.

303: Has the Symphony ever done anything like this before?

CD: Well, the Symphony has done this type movie-theme before. This season, we have The Nightmare Before Christmas, Jurassic Park and the third Harry Potter movie. So, although we have not done this specific movie before, the orchestra is used to doing concerts with film. 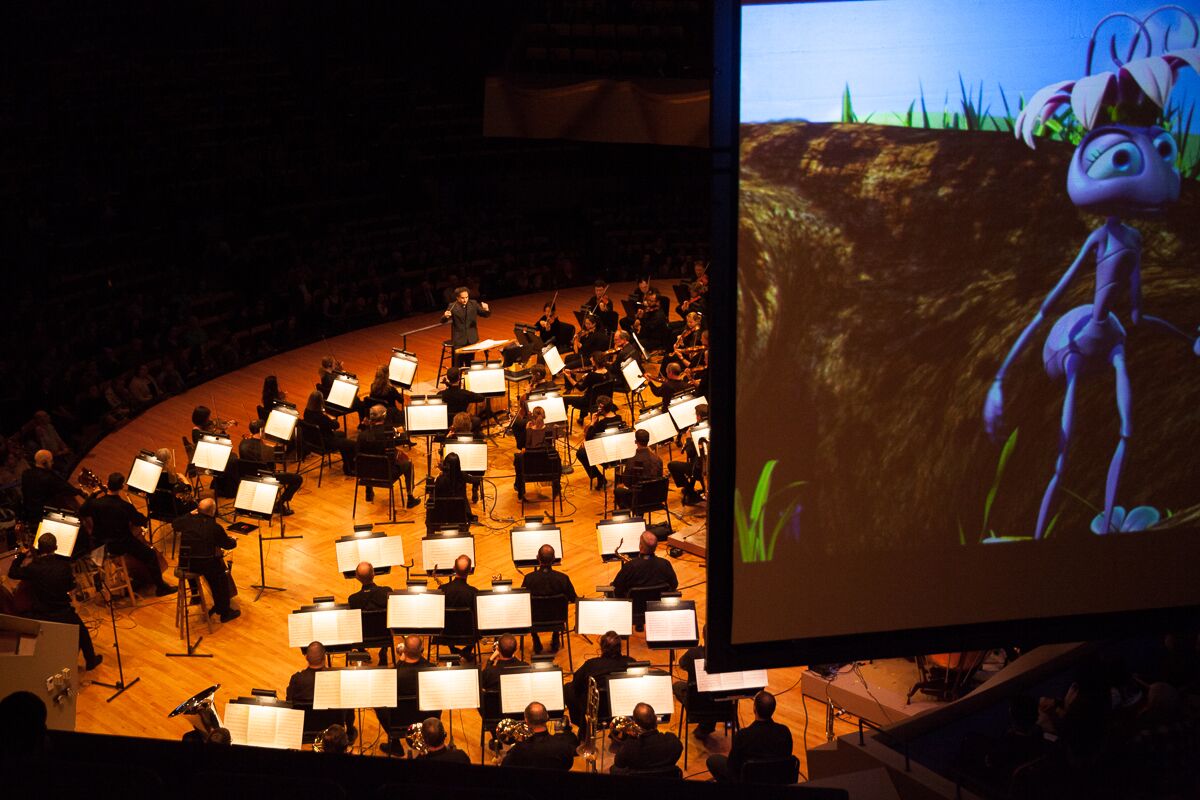 Photo courtesy of the Colorado Symphony

303: You made a big splash when you joined the Colorado Symphony in 2015. How have the last couple of years gone?

CD: It’s been extremely busy. They told me the workload when I joined, they told me to be aware that there are a lot of concerts. I did not realize how many they actually do. The biggest shock I had was the amount of performances they do. Where I’m from, in Australia, they don’t do nearly as many shows as the Symphony does. They’re a great bunch and they work so hard, everything that they do is in the highest level.

CD: I’ve been here for two years now, but there are still a lot of things I have left to do. I haven’t been skiing yet, but just recently I went to the mountains. A few months ago I went and hiked and did that sort of stuff. Like I said, because the workload here is so busy I am really spending a lot of my time studying and working with the orchestra. Though, now I have my favorites spots here now, which is nice.

303: Can you detail a little bit of the process of selecting the musicians for each performance?

CD: The interesting thing about doing shows like this is the way that we rehearse it because it is with a full movie and with a screen. The music obviously has to line up with the movie. The way that we rehearse is a little bit different than how we rehearse most programs. The conductor will have what is called a “click-track” which is basically an ear-piece with a metronome in it. It helps you get the music on the same path with the movie. I have a screen in front of me with various information like bar numbers and what eighth we are up to. So, as a conductor, it is a little bit of a juggling act trying to do these movie concepts.

In one ear you have this clicking going the whole time, so you’re listening to that and listening to the orchestra and trying to get that on the same page, as well as looking at the score, plus the monitor in front of you. I think more than the performance, the hard part is the rehearsal process.

303: Will there be vocals to go along with the beloved tracks?

CD: That is another hard thing to link up with because it is a musical. It is the vocals from the original movie. It makes it pretty tricky, you have to be really on top of where the music is supposed to be. Otherwise, it becomes very obvious if the music falls out of synch. This is a stressful show [laughs]

303: You have said before that you feel sorry for those who are not exposed to classical music. If you had to replace this performance with a classical score, what Halloween appropriate one would you have chosen?

CD: [Modest] Mussorgsky’s Night on Bald Mountain. The story is about witches and that sort of thing. We have played it before at a Halloween show.

303: How do you think this performance will compare to other years?

CD: Oh, I don’t know! I hope it goes okay. They work so hard, they are a great orchestra.

There are limited tickets remaining for the event. For information or to purchase a ticket call 303-872-7578.