Alexandra PalmertonSeptember 1, 2017Food + Booze
Home
303 Magazine
2 min read
The Bagel Store and Rosenberg’s Bagels and Delicatessen — two of Denver’s most popular bagel stores— have merged to become Rosenberg’s Kosher. This merger makes Rosenberg’s Kosher the largest kosher purveyor in Colorado.
“By merging The Bagel Store with Rosenberg’s, we’re ensuring the longevity of kosher food in Denver,” said Beth Ginsberg, owner of The Bagel Store. “The Bagel Store has served the Jewish community for more than 40 years, offering kosher-observant Jews the rare opportunity to eat outside their homes. Through joining forces with the up-and-coming Rosenberg’s, it secures The Bagel Store’s future. It’s old-meets-new in the very best way.”
The storefront will open in the former Bagel Store space at 942 Monaco Parkway on September 15. In addition to the shop, Rosenberg’s Kosher will also have a large wholesale and catering arm — with the capability to make more than one million bagels a year. These bagels will also be available at third party locations such as the Hyatt Regency, Rose Hospital, the Denver Convention Center, Whole Foods Market and more. 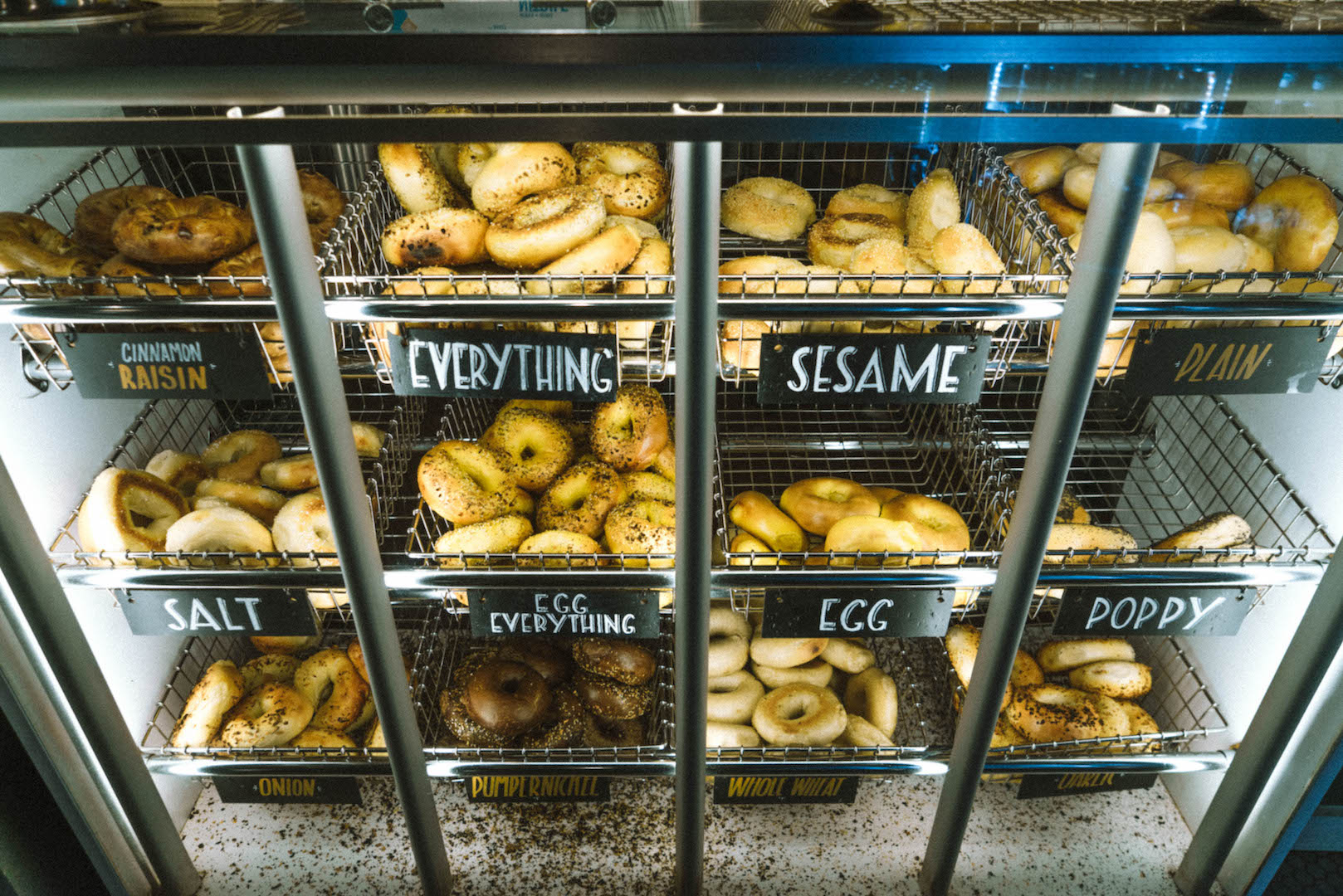 All photos by Rachelle Foos.

The Bagel Store opened in 1976. Historically known for its specialty bread, cake and cookies, the shop will now be able to expand its offering to include various delicatessen items, such as house-cured and smoked fish, spreads and salads. The space will have an updated retail area that includes outdoor seating as well as a dairy room and a kosher smokehouse.
The majority of the staff will stay on at The Bagel Store but Rosenberg’s Kosher will hire more staff to fill in new positions (interested applicants can contact [email protected]).
“We’re excited to take our relationship with Denver’s Jewish community one step further by offering our same outstanding bagels, now for those who observe the traditions of Kashrut,” said Joshua Pollack, owner of Rosenberg’s Kosher.
Rosenberg’s Kosher opens on Friday, September 15 at 942 S. Monaco Parkway, Denver. It will be open Monday through Wednesday 6 a.m. until 2 p.m.; Thursday and Friday 6 a.m. to 4 p.m. and weekends from 6 a.m. until 2 p.m.